Rounding Third, 6317 W. Bluemound Rd., is (appropriately) the third profile in a series of Milwaukee's West Side bars.

Tim Toetz started going to Brewers games in 1974 at the old County Stadium with his father and grandfather.

"I’ve been told I saw Hank Aaron bat, but I was too young to remember," says Toetz.

"Rounding Third turns eight this week," says Toetz. "We got very lucky our first year because the Brewers went to the play-offs." 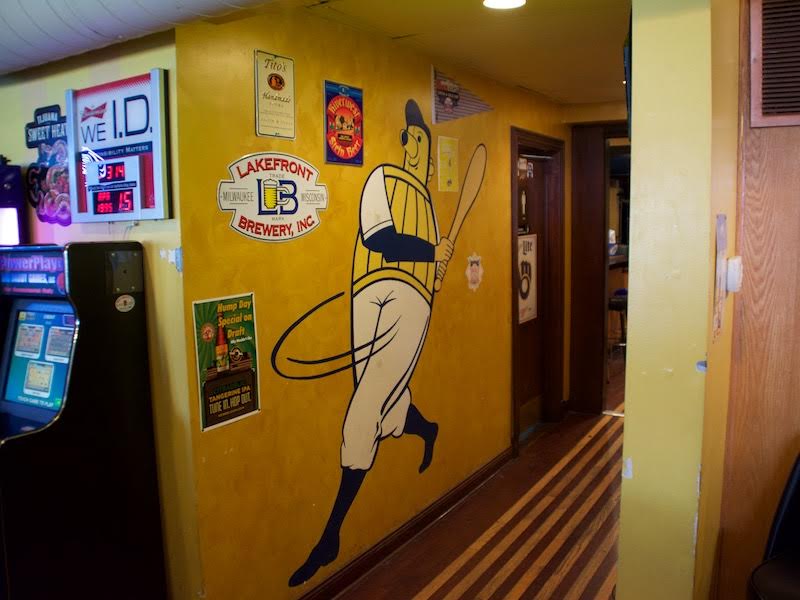 Rounding Third offers a door-to-door shuttle service two or three times during home Brewers games. The shuttle is free to customers who buy at least one drink or a menu item. The shuttles also run during concerts at Miller Park.

Although the bar is all Brewers / all the time, Cubs fans will sometimes wander into the primarily blue-and-gold space. "They like our alcohol prices," says Toetz. "To them, it’s like non-stop happy hour prices in Milwaukee."

With 22 flat screen TVs, Rounding Third is also a popular destination for people – and families – to watch baseball games and other sporting events.

Rounding Third offers primarily craft and local beers, with one macro beer – Miller Lite – on draft. There’s also a rotating selection of seasonal beers. The bartenders make many of the cocktails, including Old Fashioneds and Bloody Marys, from scratch.

The food menu is the usual mix of burgers, wings, pizza, wraps, sandwiches and a weekly fish fry – but we found the food to be some of the best bar fare in the city. The wings are jumbo, meaty, moist (sorry to those who hate this word) and available in 16 different sauces or rubs.

"For the first two years we were open, we gave away free wings after every Brewers game," says Toetz. "But handing out 100 pounds of wings every night got pretty expensive."

The homemade pizza, filet steak sandwich and artichoke dip also jumped out at us for next time. The prices are fair, with most everything under $11. "We aim to serve quality, comfort food," Toetz says. 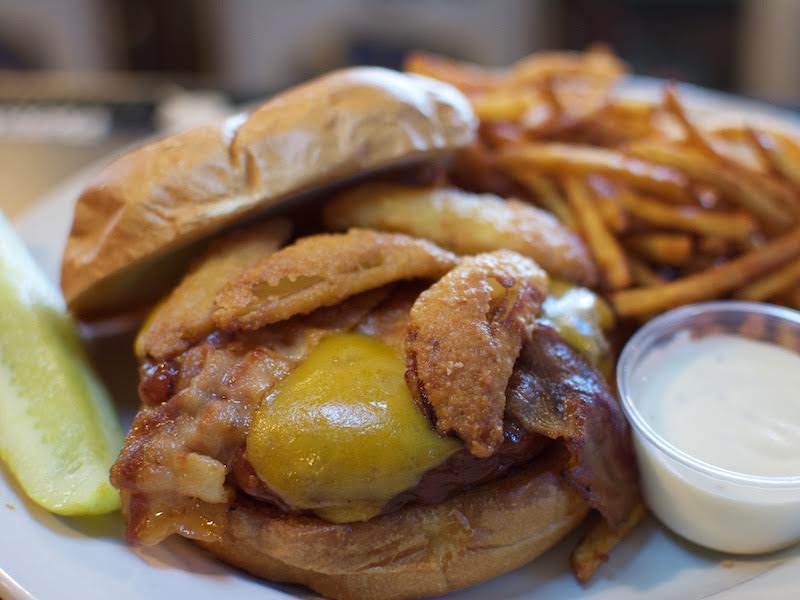 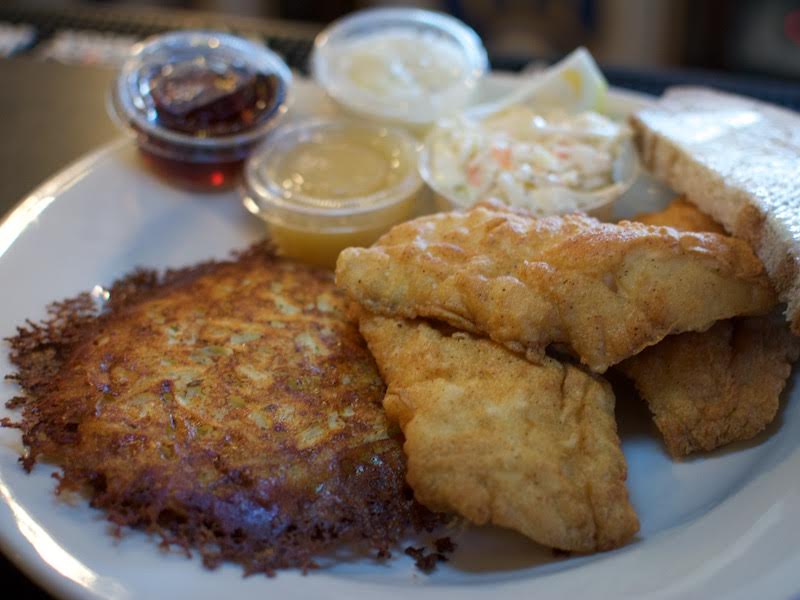 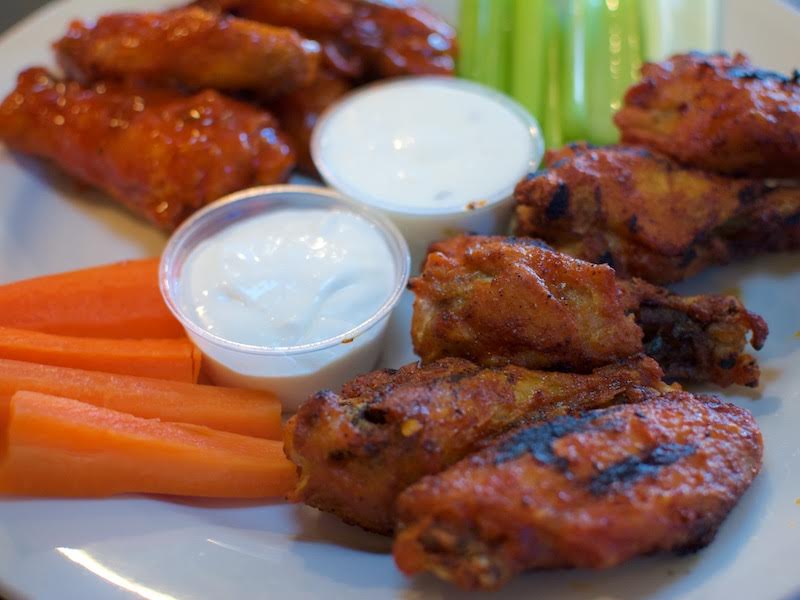 Rounding Third features a front bar, back bar and two rentable spaces. The lower level is the Harley Davidson-themed "Hawg Hall" and there’s a spacious banquet hall on the third level as well.

"This has been our busiest party season since we opened," says Toetz. "We've already had more than 50 parties this year."

Toetz has lived in Greenfield his entire life, with the exception of a few years when he attended the University of Wisconsin-Madison. He and his wife have three children and also operate the Rounding Third Pizzeria in Franklin.

Originally, Toetz says he was against the building of Miller Park because he had so many fond memories of County Stadium, including when the Brewers won game five of the World Series in 1982 and fans ran out onto the field. However, he has come around in his thinking.

"Miller Park is really beautiful," he says. "And you can’t beat being able to see a game rain or shine."

Toetz and his family have been to spring training in Arizona four or five times, and while there, met his favorite Brewer of all time, Robin Yount.

"We like to keep it fun around here," says Toetz.

Rounding Third is open until bar-time, with the kitchen open Monday-Thursday from 3 to 11 p.m. and Fridays and Saturdays from 11 a.m. to midnight. 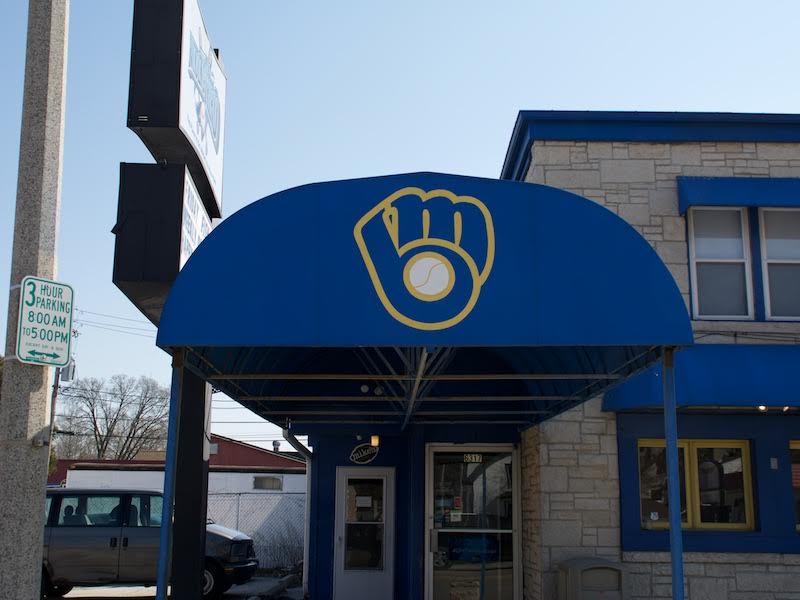