6 reasons to check out the new RuYi sushi bar which opens Feb. 23

If you never thought about going to the casino for sushi, you should probably think twice about that decision. Potawatomi Hotel & Casino's RuYi will debut its sushi bar on Tuesday, Feb. 23. And whoa.

On Tuesday, Feb. 23, Potawatomi Hotel & Casino’s RuYi will debut the brand new sushi bar it has been working on since late last year. After a preview of the space and food, you should trust me when I say you want to put on your sushi-eating pants right now. 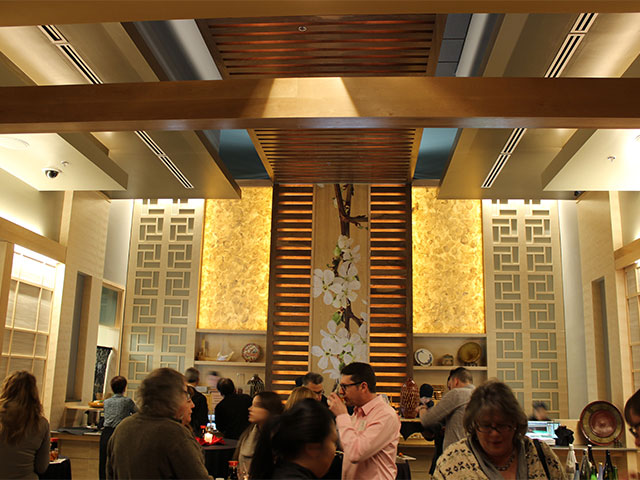 It also sports a bar menu offering up a variety of classic cocktails, Japanese whiskey and whiskey cocktails, plus  a few Japanese beers, including Orion and Echigo Koshihikari and stout.

But, those are just frills. Here are the real reasons to try them out.

I don't blame you if you're looking at the screen thinking, "duh." But, hear me out. In terms of sushi, the offerings at RuYi – which ride the spectrum from traditional to inventive – may well set a new bar for Milwaukee.

A fully stocked sushi bar featuring all the usual suspects (tuna, salmon, yellowtail) as well as a number of items – including head-on amaebi (sweet shrimp) – you’d be hard-pressed to find at any other restaurant in the city. 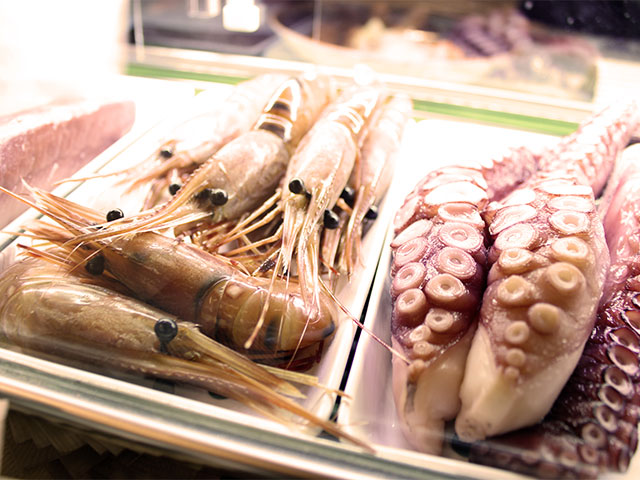 In addition to sushi, there's also a nice selection of appetizers (think spicy tuna served on crisp nori), soups (including miso and nabemono, a Japanese seafood hotpot), salads (seaweed, anyone?) and donburi (Japanese rice bowls) with toppings like pork or chicken katsu, sashimi or BBQ unagi. 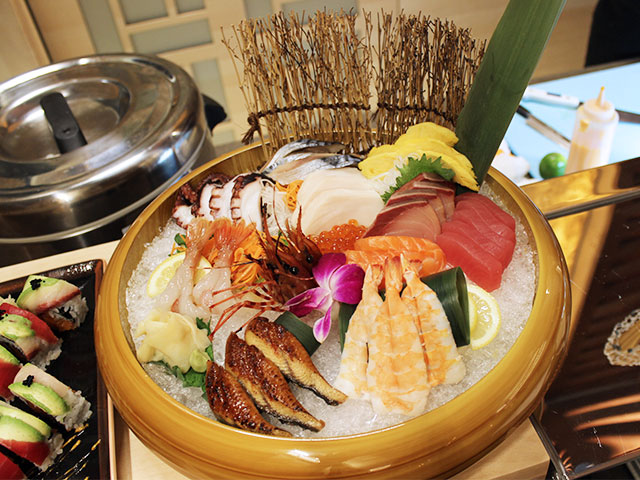 2. The fish is fresh

A chat with Asian Specialty Chef Tony Ho, who oversees the sushi program, provided insight into the care with which RuYi will manage its sushi program. All fish offered at the sushi bar will be flown in fresh, twice weekly (with deliveries on Tuesday and Friday). 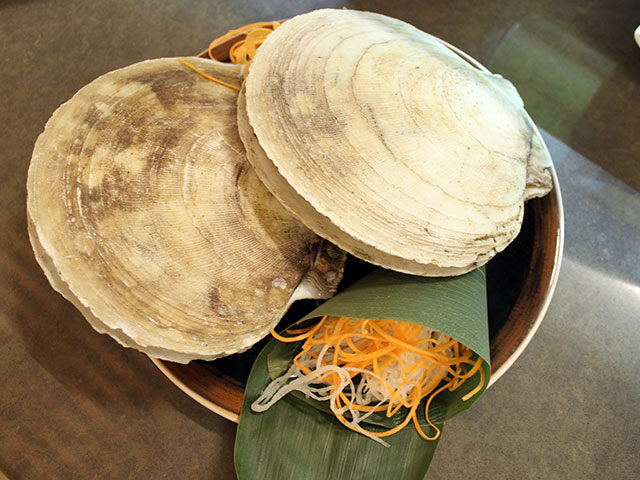 You won't find previously frozen fish (an unfortunately common occurrence, even in half-decent sushi spots) – a very good thing, since it ruins the texture of a number of delicate varieties. Most fish has been out of the water for less than 36 hours by the time it reaches the casino, and no fish is used for sushi after three days in the RuYi kitchen. 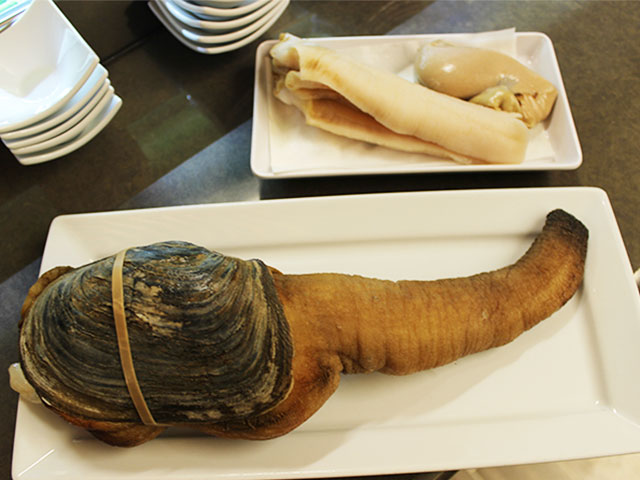 4. The fish is handled properly

This aspect of sushi preparation is just as important as the freshness of the fish. Special storage keeps the fish at its optimal temperature. Meanwhile, all fish is cleaned and sliced in a temperature controlled cooler room, preventing unnecessary breakdown of the fish due to exposure to heat. 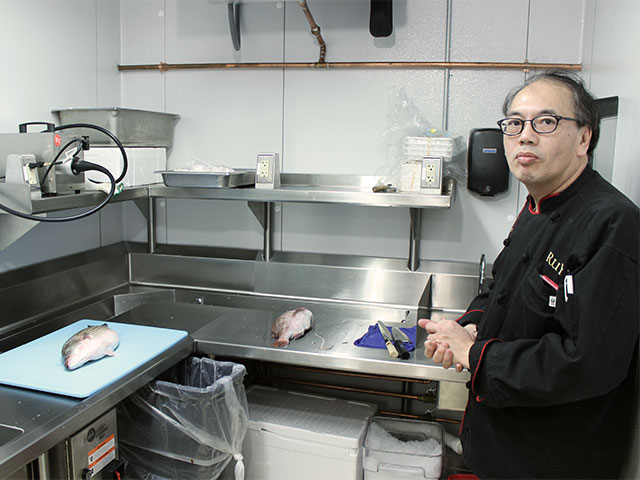 5. Nearly everything is prepared on site

Freshly grated wasabi will grace the side of your plate. And the tamago (Japanese omelet) in your maki roll has been freshly made. Even the unagi has been prepared and sauced by the folks in the RuYi kitchen. 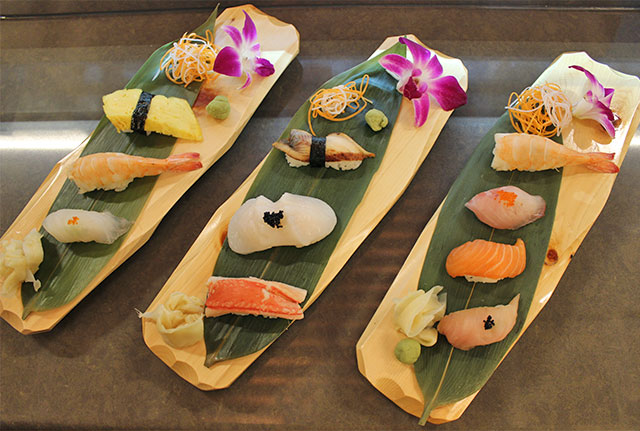 Not every restaurant can boast the range (or quality) of sake on RuYi’s list. An upgraded sake program includes options like Silkroad Kenbishi Koromatsu, a Honjozo style sake with a medium dry body; Narutotai Ginjo Nama Genshu, an unpasteurized sake with plenty of fruity character but not too much sweetness; Yaegaki Mu Junmai Daiginjo, a soft clean flavored sake that evokes the flavors of melon and grape whose name is translated as "Nothingness"; and Mizbasho Ginjo, a medium to full-bodied dry sake with plenty of fruity character; and Kuosawa Nigori which offers up a creamy flavor with notes of umami. 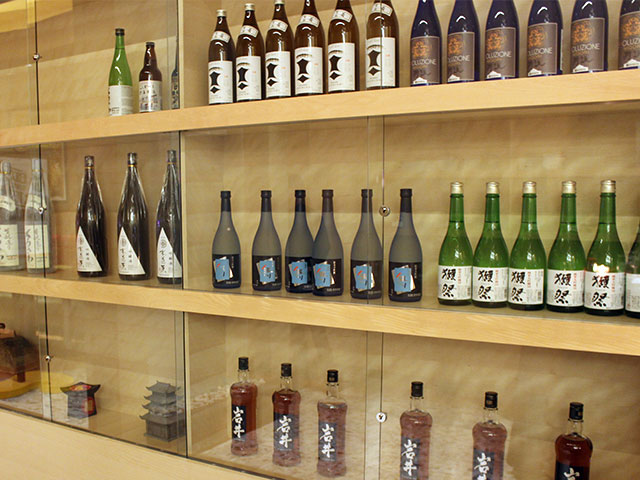 Never been to RuYi?  It’s not hard to find. Just head right at the bottom of the escalator near the parking garage skywalk. Or enter on the ground level and follow the signs.

The sushi bar at RuYi is open Sunday through Thursday, 4 to 10 p.m., and Friday through Saturday, 4 p.m. to midnight.