Get ready, Bay View. Sabor Tropical opens this week. And it's a venue that captures the tropical feel of the Caribbean islands and the flair of Latin America in a combination sports bar, restaurant and upscale lounge.

In August, we reported that Riviera Maya would be moving just down the street into the former Midwest Diner (news regarding the reopening is still on the way!). Around the same time, we brought readers the news that Sabor Tropical Latin Inspired Kitchen & Lounge would be taking over Maya's former home at 2258 S. Kinnickinnic Ave.

The latter has officially come to fruition. On Thursday, Nov. 1, guests will be able to get their first taste of Sabor Tropical’s distinct Latin American and Caribbean infused flavor.

Behind the concept is a partnership between industry veterans Stephan Gonzales-Rosaria (pictured on left), Jesse Fonseca (pictured on right) and Carmen Munoz (not pictured). 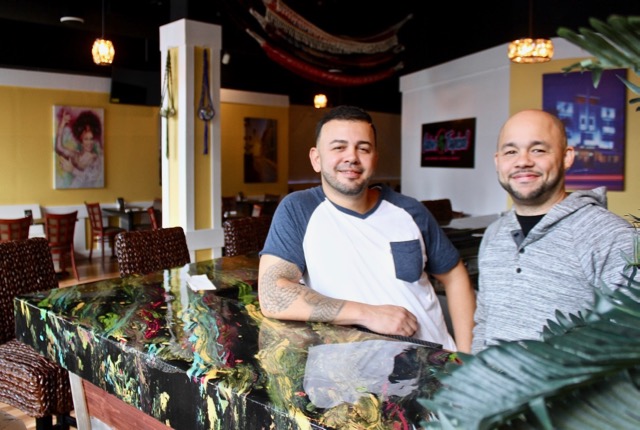 Gonzales-Rosaria is chef who was most recently employed at Potawatomi Hotel & Casino. Meanwhile, Munoz and Fonseca also operate Blue Agave in Madison. And they’ve worked together to create a new bar and restaurant that captures the tropical feel of the Caribbean islands and the flair of Latin America in a combination sports bar, restaurant and upscale lounge.

Guests can take a seat at the bar – which sports a rustic wood base juxtaposed with a colorful poured bar top – to enjoy any number of Latin-American inspired cocktails, from a rum-based old fashioned to a Brazilian inspired Caipirinha, Peruvian Pisco sour, Coquito (Puerto Rican eggnog), pina coladas served in halved pineapples and mojitos and martinis infused with tropical flavors (drinks are priced in the $7-10 range). 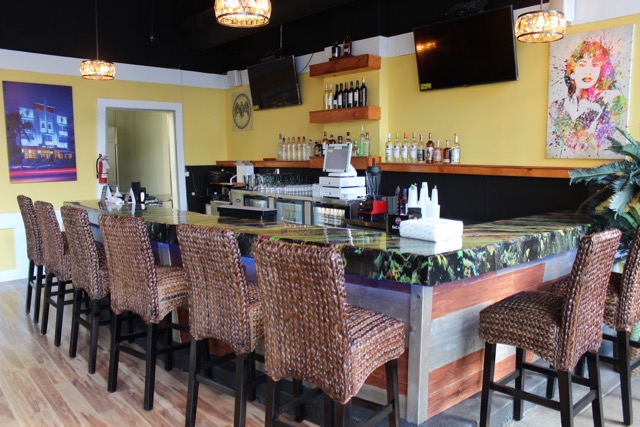 "We’re really trying to differentiate ourselves in terms of the quality," notes Fonseco, explaining that the bar won’t stock the standard rail spirits. Meanwhile, the wine list will maintain a focus on Latin-American wines from places like Argentina, Chile and Uruguay. There will also be Latin American beers, along with a number of domestic mainstays.

The interior of the space follows suit with a warm, bright color palette and art depicting scenes from climes including Puerto Rico and Mexico along with portraits of iconic Latin figures including Cecilia Cruz, Queen of Salsa. 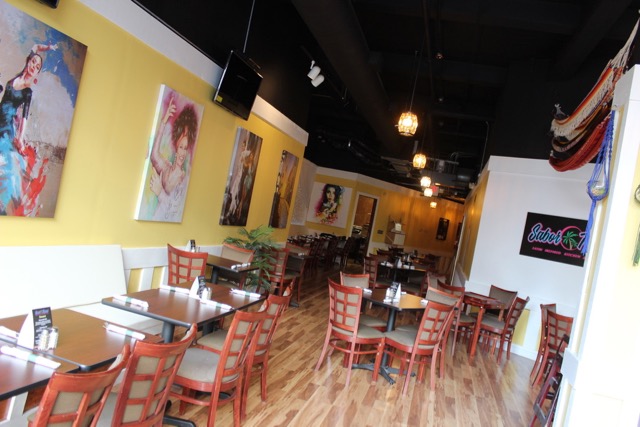 The bar area also features domino tables, a popular feature in bars in countries including Cuba and Puerto Rico. For those who would like to play dominoes the traditional Caribbean way, the rules are posted in Spanish on a wall near the bar. 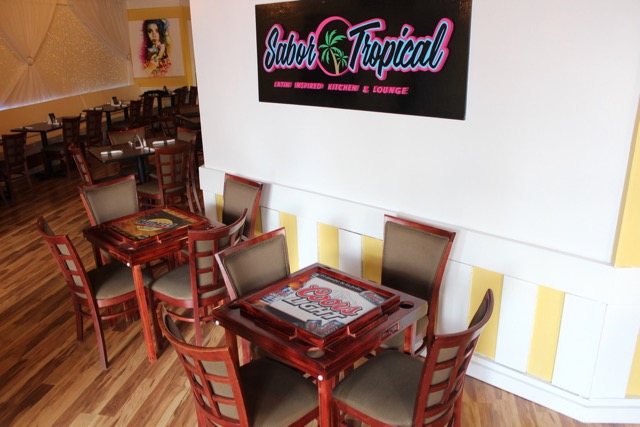 Just around the corner from the tables, guests can glimpse the impressive beginnings of a mural painted by local Latino artist Ruben "Bikul" Millan. Currently, the work pays tribute to legendary Puerto Rican salsa singer Hector Lavoe. As it nears completion, it will also feature musicians from both Mexico and the Dominican Republic.

Along the back wall, guests will also encounter a hallway featuring numerous framed athletic jerseys, photos and more – a display that pays homage to prominent Latinos, most of whom were born in Milwaukee.

"We’re celebrating people who came from humble homes and neighborhoods in Milwaukee and really worked hard to make it," notes Gonzales-Rosaria. "And we’re recognizing people who are an inspiration to the Latin community here."

In fact, more generally, Sabor Tropical aims to pay tribute to the culinary and cultural traditions of numerous countries in Latin America and the Caribbean – from Mexico, Cuba and Puerto Rico to Argentina, Venezuela and Colombia – bringing them together in the restaurant’s decor, cocktails and food menu.

At Sabor Tropical, guests will experience a menu that focuses on a wide range of flavors from countries in Latin America and the Caribbean. And that’s thanks to the expertise and talents of Gonzales-Rosaria, chef Hegel Terron (formerly of Cubanitas) and head cook Maria Laura of Riviera Maya. 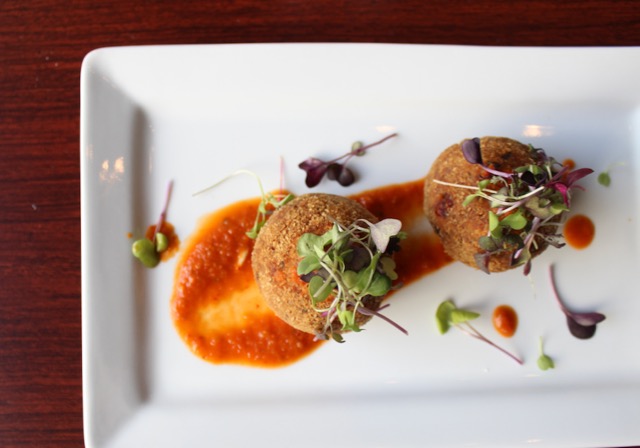 Both Fonseco and Gonzales-Rosaria are from Puerto Rico, so it’s natural that the menu also reflects their backgrounds. You’ll see twists on island staples including pernil al horno, Puerto Rican marinated pork, married with a sauce made with Mexican guajilllo peppers ($12) and mofongo rellenos, mashed green plantains stuffed with ingredients like chicken, shrimp, ﬁsh, or lobster ($15-24). Even the Cuban sandwich has a bit of Puerto Rican flair, thanks to the sandwich’s distinctly seasoned pork ($10).

"Our intention is to showcase both the commonalities and unique elements of various Latin cuisines, melding them together in a unique way," notes Gonzales-Rosaria.