The Milwaukee Community Sailing Center formed as a not-for-profit organization in 1977. Over the years, the MCSC has provided more than 100,000 people the opportunity to learn to sail.

In 1977, a group of local sailors – with the help of county officials – started The Milwaukee Community Sailing Center (MCSC) to make sailing accessible to everyone in the Milwaukee area. The MCSC, located in Veteran’s Park at McKinley Marina, officially opened as a private, not-for-profit organization in 1980.

In 1985, Peter Rieck was named executive director, a position he still holds today.

"Our mission is to promote sailing and to give everyone in Milwaukee the opportunity to get out on the water, to see Milwaukee from a unique perspective and to earning what can be a lifelong skill," says Rieck. "Milwaukee does a pretty good job drawing people to the lake, but we want to get them on the lake."

Over the years, the MCSC has provided more than 100,000 people the opportunity to learn to sail. The organization is an active member of US Sailing, which is the national governing body of sailing in the United States, and it owns and maintains around 90 boats and has about 650 members. Membership ranges in price from $240 to $325 per individual and scholarships are available.

The easy access to the lake is one of the most valuable aspects of MCSC membership, says Rieck.

"You can go from dock to sailing in less than 10 minutes, if you want," he says.

"We will often introduce the lake to kids from the city who hadn't had the opportunity to see it before," says Rieck. "They’ll say, ‘So that’s what Lake Michigan looks like!’"

"On a busy summer day, we’ll have 125 people or more come through the center and get on the water," says Rieck. 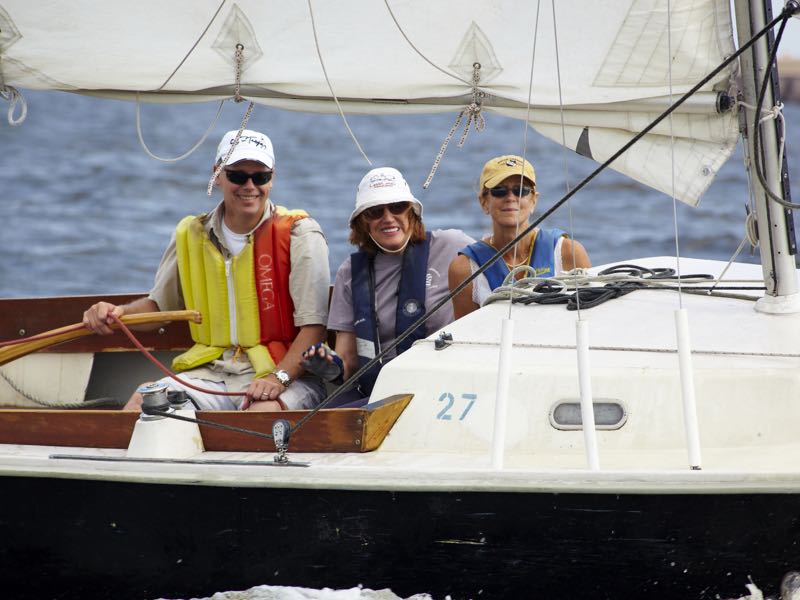 Rieck, a native of Milwaukee, started sailing at the age of seven in Maine, where his family spent summers. He originally worked at the MCSC as a dock master while he was studying history and political science at the University of Wisconsin-Milwaukee.

"Even way back then, history and political science weren’t the most marketable skills in the world, and so when this opportunity came about through luck and happenstance I was thrilled," he says.

Sailing season runs from the end of April until the beginning of November, but during the busy season – which is during students’ summer vacation – Rieck works six- or seven-day work weeks.

The new building, which opened in 2010, features spacious meeting rooms with spectacular views of the water. During the winter, the center offers indoor classes on racing, cruising, boat cooking, navigation, sail trimming and more.

Don Ellingsen, the owner of Ellingsen Brady Advertising, joined the MCSC in 1981. He served as the board president and continues to volunteer at the organization, along with 70-80 other adult volunteers.

"I’ve met almost all of my friends here, and I’m always meeting new people, too," says Ellingsen. "Being a member offers a network of cool people to sail with."

The MCSC has three full-time employees, including Rieck, and 35 or so part time workers in the summer.

According to Rieck, Lake Michigan is a great body of water for sailing because it’s deep, reef-free and contains fresh water, which is less damaging and corrosive to boats.

"Studies show Milwaukee has as many good sailing days every year as Tampa, New Orleans and San Diego," he says. "Milwaukee is the 14th windiest city in the country and a lot of warmer cities have little-to-no wind in the summer. Lake Michigan is what sets Milwaukee apart from other Midwestern cities of its size like Minneapolis, Indianapolis and Des Moines. We have access to a phenomenal lake."

The MCSC contributes sailing curriculum to schools through the STEM program. Through sailing, kids can learn about strategic planning, working with a team, mastering a skill, navigating, peacefulness and adaptation. Such skills are important both on the water and in life.

"Things are always changing when you’re sailing. The wind is never coming from the same direction and at the same force and you have to pay attention and make decisions based on changes," says Ellingsen. 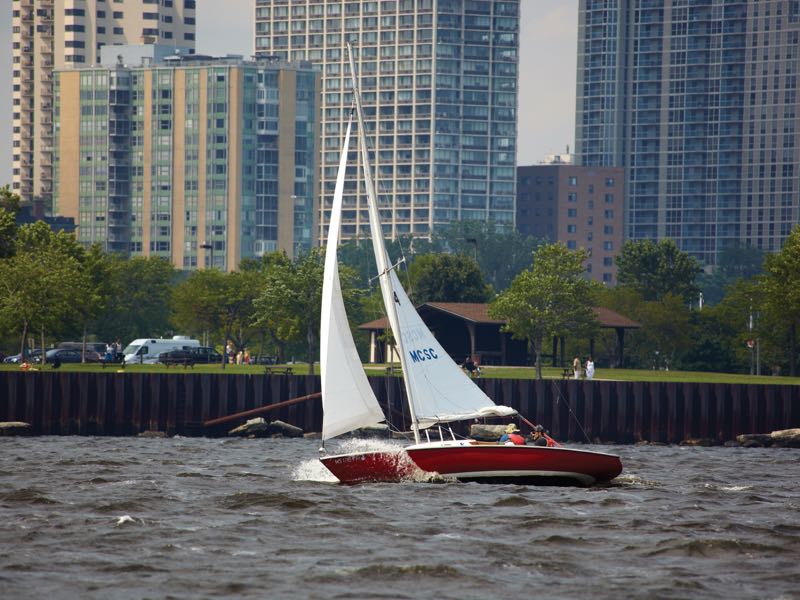 The Canoemobile and Water Commons' annual festival return to the lakefront

That sound you heard last night? It was a foghorn, but from where?