Ever had Lao-style barbecue? It's a rarity in Milwaukee, where Laotian fare like larb, green papaya salad sai oua (Lao sauage) often take a backseat to popular Thai dishes at area restaurants. That's something Alex Hanesakda is trying to change.

Ever had Lao-style barbecue?

It's a rarity in Milwaukee, where Laotian fare like larb, green papaya salad sai oua (Lao sausage) often take a backseat to popular Thai dishes at area restaurants. But, that's something Alex Hanesakda is trying to change.

A first generation Lao American, Hanesakda was just three years old when he arrived in the U.S. It was 1982, and his family had spent the last two years years in a refugee camp in Thailand before making their journey to America as part of the first wave of Laotian refugees. Sponsored by a Milwaukee family, they lived in the area for about a year before moving to Burlington, Wisconsin to be closer to the rest of their family.

"I grew up cooking with my family," Hanesakda says. "And growing up in a refugee household, the whole family chips in. And there were things that set us apart. Instead of buying them from the grocery store, we our own chickens. It definitely made an impression on me. And one of the strongest ties to Lao culture that I developed was centered on food."

He says it inspired him to find a way to get word out about Lao cuisine. 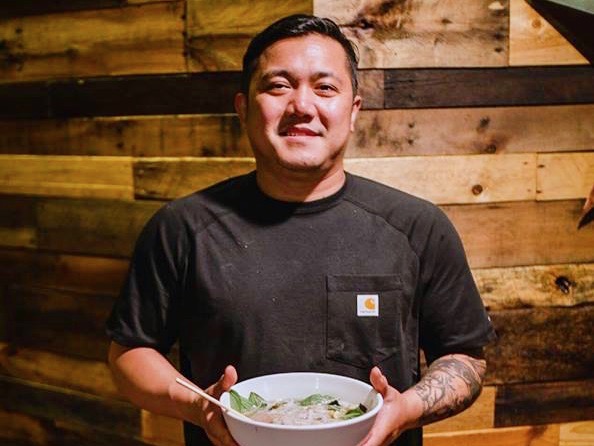 In 2010, he debuted his mother’s recipe for egg rolls at the first annual egg roll competition at Milwaukee’s Asian Fest. The recipe got first place, spawning a catering and vending business called Mamma’s Eggrolls.

"It’s not traditional," notes Hanesakda. "But, everyone likes snack sticks. And no one had ever really come out with one that showcased Lao flavorings."

The snack sticks are currently available at retail establishments including Hometown Sausage, Hyvee stores in Madison and select stores in Burlington and Racine. Restaurants, including Sujeo in Madison, have also picked them up. In fact, Hanesakda says that Chef Tory Miller currently uses the sticks as a component in an eggroll on his menu.

They’ve also debuted sai oua (fresh Lao sausages), which are currently being offered as a wholesale product. Hanesakda says he’s currently working on additional products to add to his retail line, including two sauces: a sweet and sour sauce and a Lao marinade for barbeque. 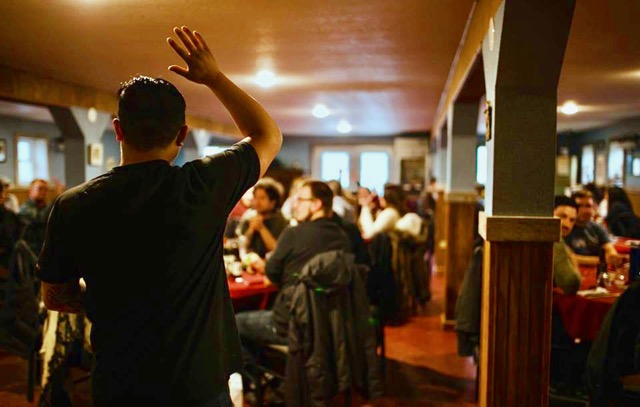 As he’s worked to launch the Sap-Sap brand, Hanesakda has also begun hosting a variety of events showcasing the flavors of Southeast Asian cuisine. Among the first was Pho on the Farm, an event at Yuppie Hill Farm featuring pho (noodle soup), eggrolls, fried rice and other dishes. The response, Hanesakda says, has been overwhelming.

"It really took me by surprise how excited people were," says Hanesakda. "Pho is one of those dishes that didn’t originate in Laos; but, it is eaten in a variety of countries. And it’s been exciting to share my take. These events have drawn such a diverse crowd. And people are booking events months ahead."

Pho on the Farm, now hosted the last Saturday of each month at the Yuppie Hill Farm, is currently sold out through September. However, beginning this summer, Hanesakda also launched a series of special Lao inspired barbecue dinners at Hometown Sausage Kitchen in East Troy, Wisconsin.

Lao barbeque, Hanesakda notes, is distinguished by two factors. One is the presence of khao niaw (sticky rice). The other is the flavor profile, which is a combination of sweet, citrusy and spicy flavors from ingredients like kaffir lime, lemongrass, shallots and garlic.

Both the events and the dishes served, Hanesakda says, are born from love, not only for his family's recipes, but also for nourishing and connecting friends and neighbors. And the sense of community it builds – nourished by cultural sharing and communal eating – is a more-than-pleasant side effect.

If you’re interested in attending the next Lao Barbeque at Hometown Sausage Kitchen on Aug. 12 at 4 p.m., reservations can be made by messaging Sap-Sap on Facebook. Include your name as well as the number of guests in your party. The dinner is $40 plus gratuity, which can be paid on site at the event.