Trashy sex novel set in Milwaukee worth a read

Local romance! Published in 1973, "Saturday Night in Milwaukee" is about a steamy weekend among strangers who were lured into a Whitefish Bay mansion for a weekend of sex, murder and, of course, beer.

It had been a while since I read a "trashy romance novel," but when a friend passed along a copy of "Saturday Night In Milwaukee" – published in 1973 – I devoured all 240 pages in one evening. How could I not? The cover reads "Foaming passion and full-bodied action in the big-hearted city that made beer famous" and features imagery of scantily clad women, ruggedly handsome men – one holding a gun – and frothy glasses of beer.

It was definitely a page turner, but not because I couldn’t get enough of the story, rather the many gratuitous references to Milwaukee. The author, Gary Brandner, was born in Michigan in 1930 and died in Nevada in 2013, and other than the title of the book, he can’t be connected to Milwaukee via an Internet search. However, he clearly lived in Brew City at some point in his life or spent a lot of time here.

The copy references Whitefish Bay, Shorewood, Brown Deer, River Hills, a strip club in South Milwaukee, the Brewers, Walnut Street (which, according to the book, is the place to score a hooker), the Performing Art Center (now Marcus Center for the Performing Arts) and Brady Street "where the hippies had moved in and, to nearly everyone’s surprise, seemed to be peacefully coexisting with the older Polish and Italian families."

Brandner botched a couple local references. The Pfister Hotel is spelled "Phister" (whoops) and Miller beer is called "Miller’s" beer. At other times, Brandner rambles in too much detail about one character’s drive from Lincoln Memorial Drive to Whitefish Bay via Lake Drive. 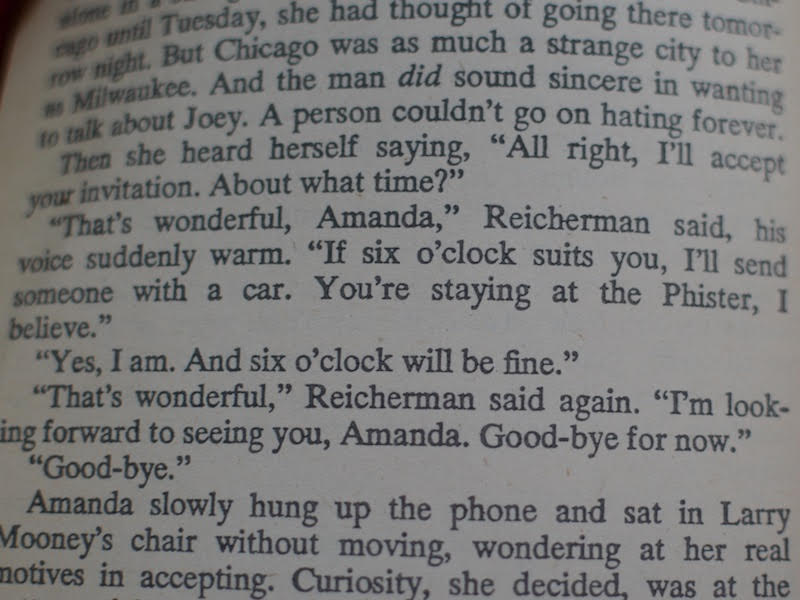 Like many novels of this ilk, "Saturday Night in Milwaukee" has very little character development, a flimsy storyline and raunchy sex scenes.

The plot revolves around beer baron Karl Reicherman whose family had been in the brewing industry for generations. Reicherman – who is, of course, unhappily married to an attractive woman he was unable to impregnate – invites five people to spend the evening (the entire evening, as in a "sleep over") at his Whitefish Bay mansion.

Reicherman tells the guests he is creating a documentary about his family’s beer history and wants them to be a part of it for various different reasons. Somehow they all agree to attend even though they only loosely know Reicherman and only vaguely know – or don’t know at all – the other guests.

Naturally, Reicherman has an ulterior motive. His son, Karl Jr., died in a car accident, leaving behind a little boy that Reicherman originally denied was his flesh and blood. Once he lost his son, however, Reicherman became obsessed with getting custody of his grandson, Joey. Amanda Keene, who is Joey’s mother, is one of Reicherman’s slumber party attendees. Her body, by the way, is described as having "large, firm breasts, incredibly long and lovely legs and a saucy rump that snapped heads around when she wore hot pants."

Reicherman invites a handsome but washed-up baseball player who now works for his brewing company in some bullsh-t PR role to the pajama-less party as well and offers him $20,000 to have sex with Keene. The plan is that he will secretly plant a camera in the bedroom and use the footage as blackmail against Keene to get her to give up her son. Solid plan, dude.

The other guests are merely there to add drama and don’t really contribute to the plot. However, they bring murder, cocaine addiction and nymphomania into the story, which definitely spices things up.

Subtle storytelling is not Brandner’s strongpoint. For instance: "She felt the hard bulge of his manhood against her," and "Somehow, by somebody I am going to get laid!" a guest says at one point in the book. The writing, although trite, is at least entertaining.

Despite the hokeyness of "Saturday Night in Milwaukee," Brandner was a fairly successful writer. He wrote 30-some books and created numerous series, including his werewolf-themed trilogy, "The Howling," which was made into a movie in 1981.

It might be worth the 50 bucks, though. Brandner does treat the reader to nuggets of insight, like "the smaller the man, the better he is hung" and that the average income in River Hills tops $16,000 annually.

It also includes this gem, which made the three hours invested in reading the book worth it:

"Jesus Christ, was every woman in this house in heat? Maybe there was something in that damn beer."