What began as a series of pop-ups at Interval, 1600 N. Jackson St., will now be part of the regular offerings for the inventive coffee shop run by Pilcrow Coffee owner Ryan Hoban.

Beginning Monday, Oct. 5, Interval guests will be treated to a new menu of Scandinavian inspired treats, including inventive pastries and tartines, all of which capitalize on fresh, seasonal ingredients.

The new Scandinavian offerings, created by Alex Kanastab, will be offered during regular business hours and complement the menu of weekend specials created by Chef Brian Dubowski.

Kanastab, a Milwaukee native and coffee veteran, says his culinary pursuits were actually inspired by his work with coffee. He spent years experimenting with flavors in his home kitchen; but gleaned additional insights staging in a chef friend’s kitchen in Portland, Oregon where he lived and worked before moving back to Milwaukee this spring. 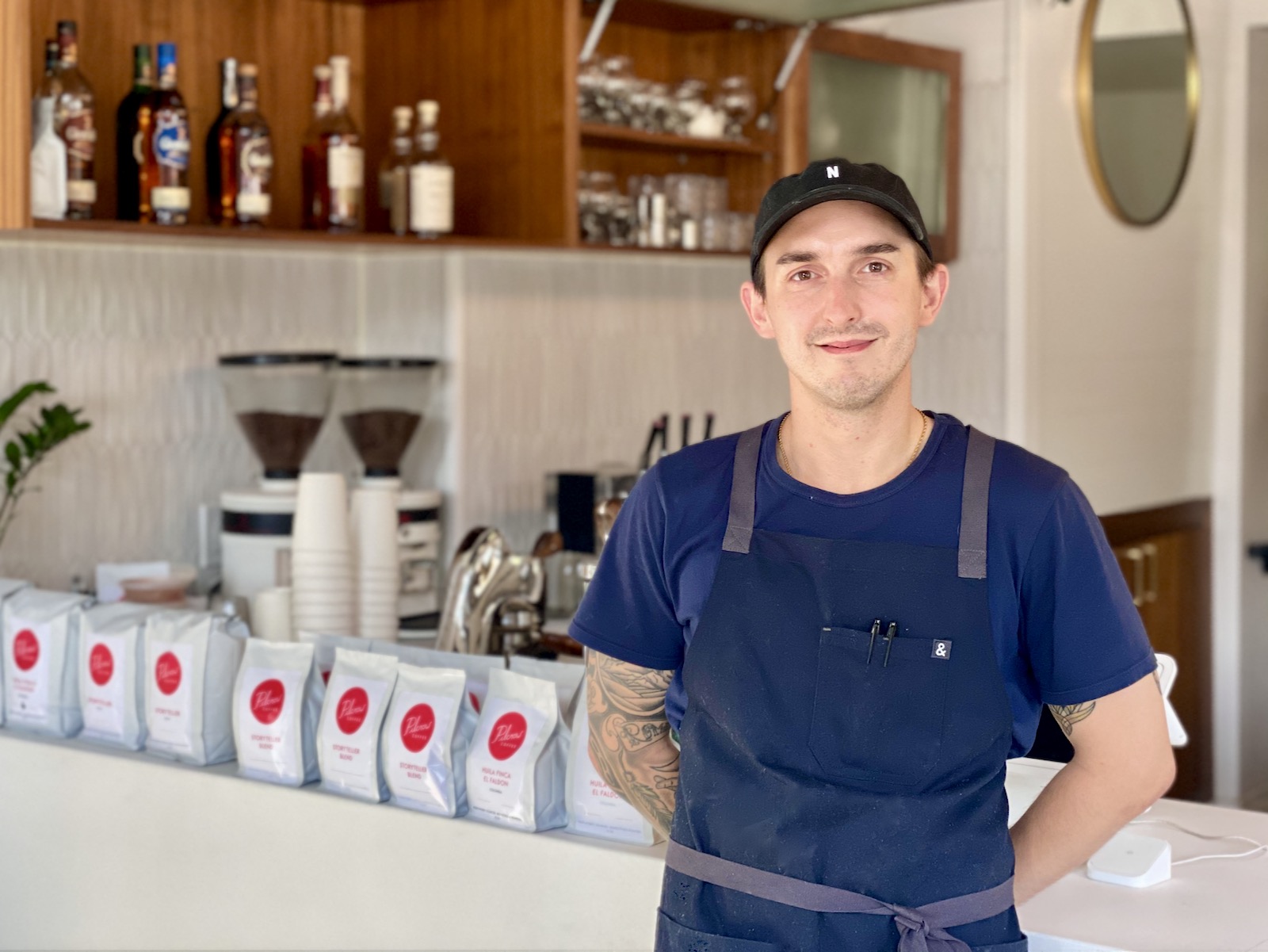 As it turns out, he found he possessed a natural talent for baking, which he uses to create housemade sourdough rye bread and various pastries (pictured below are a few of the pastries showcased at a pop-up in August).

His work, he says, is driven by the seasons. It’s also driven by both his own Norwegian heritage, and travel to Denmark, Iceland and Sweden, where he further experienced not only Scandinavian culture, but flavor profiles which resonated with his personal experiences and creative spirit.

“The dishes I create come from a very personal place,” he says. “And many are inspired by dishes that I ate while growing up.” 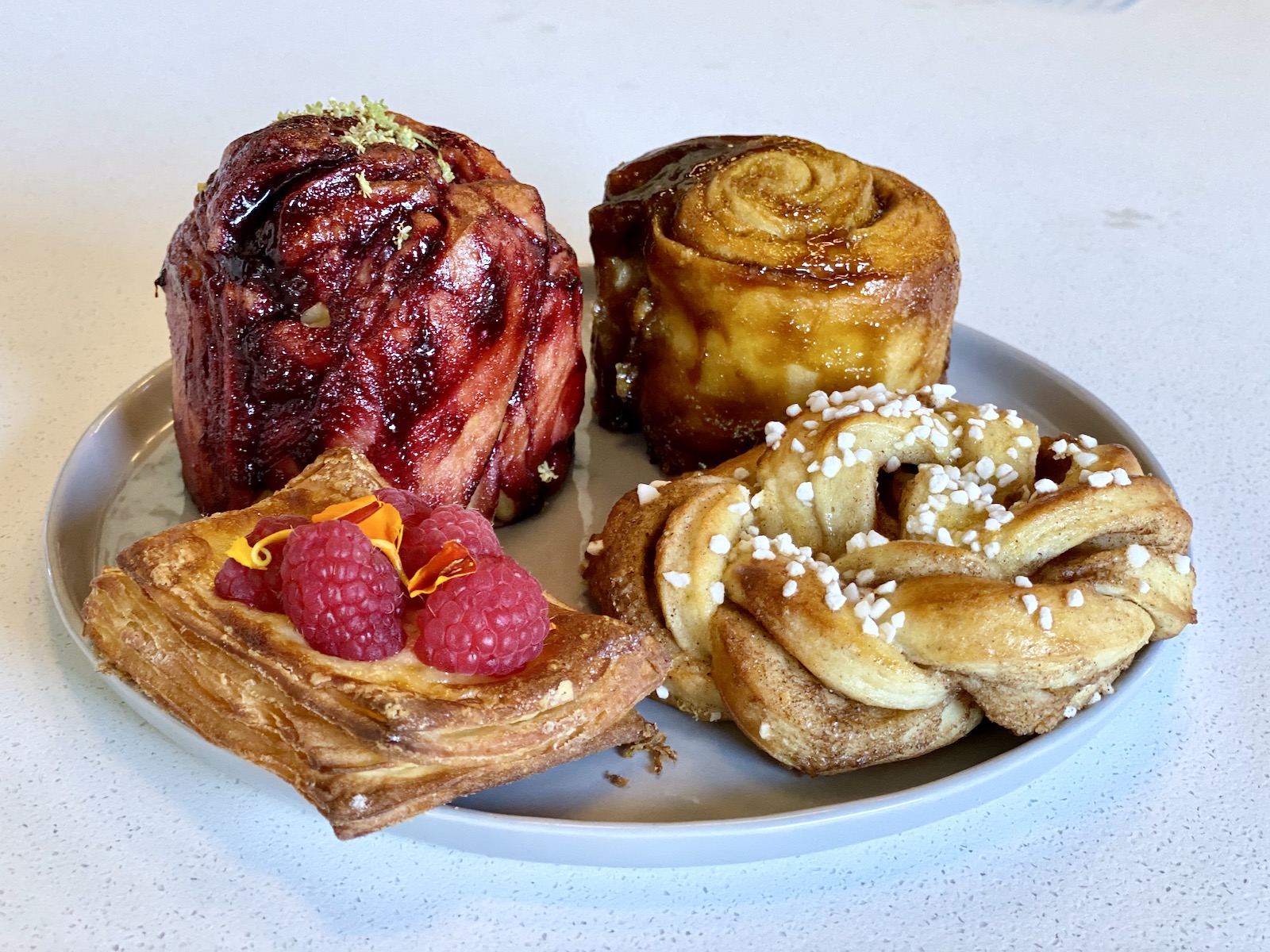 Kannastab’s menu, which focuses on plant-heavy dishes, makes liberal use of foraged fare as well as innovative techniques gleaned from years of work as a barista.

Offerings will include sweet treats like a classic cardamom bun featuring warming cinnamon, cardamom and pearl sugar ($4); gluten-free pumpkin bread with orange mascarpone ($5); and a ryeso cake made with rye, buckwheat, miso and dark brown sugar ($5). Ginger rye and almond cookies will also be featured ($3).

Tartines will feature a base of housemade sourdough rye bread made with Great River Milling Rye and a variety of toppings. They will be available in both half and full sizes. Most will be savory, with the exception of a fruit-based tartine with fermented blueberry jam, lemon ricotta and thyme ($8/$15).

Avocado toast lovers are likely to be drawn to the Avocado, a tartine topped with avocado-feta whip, a six-minute egg, chive oil and calabrian chili crisp ($8/$15). 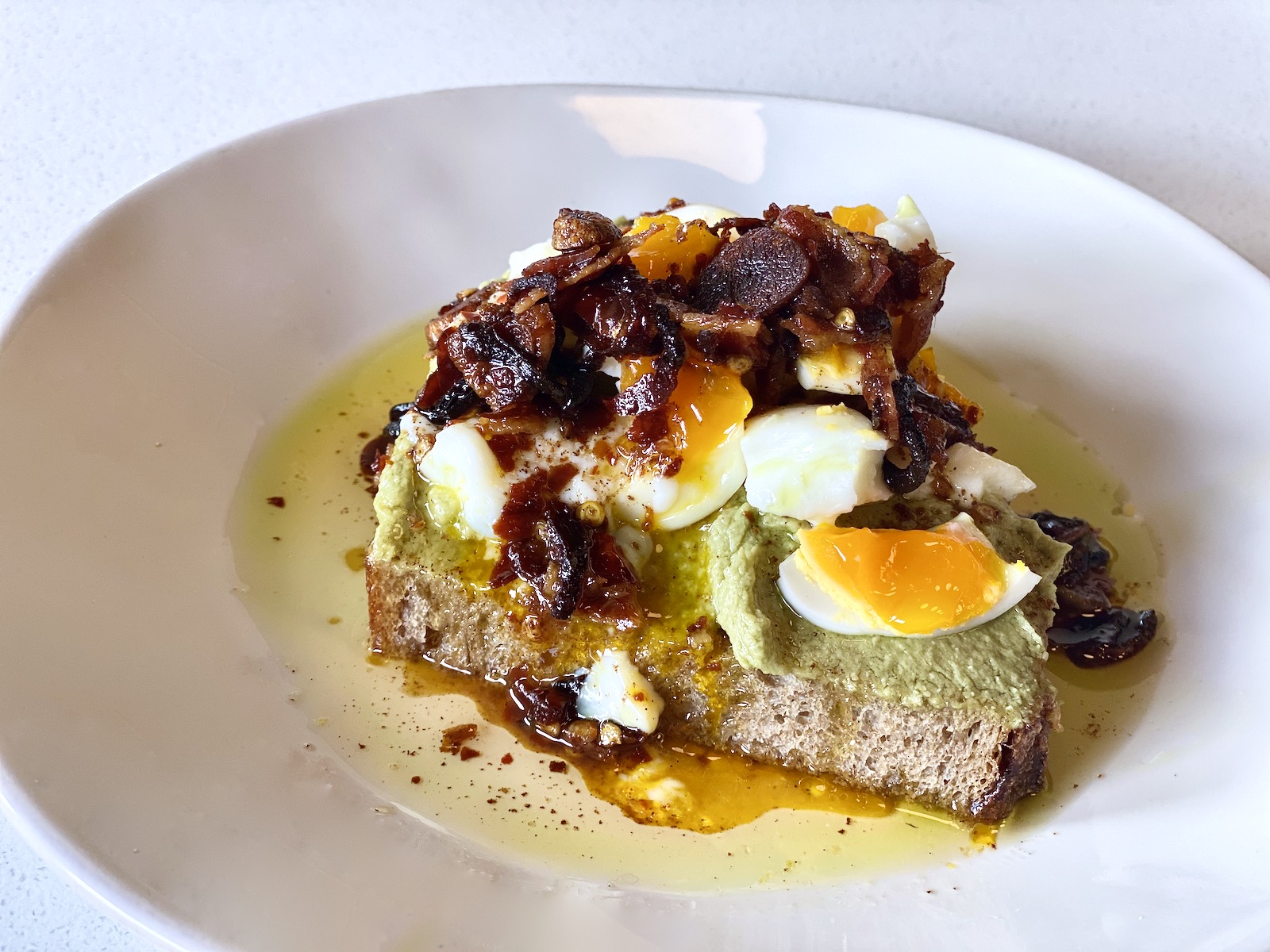 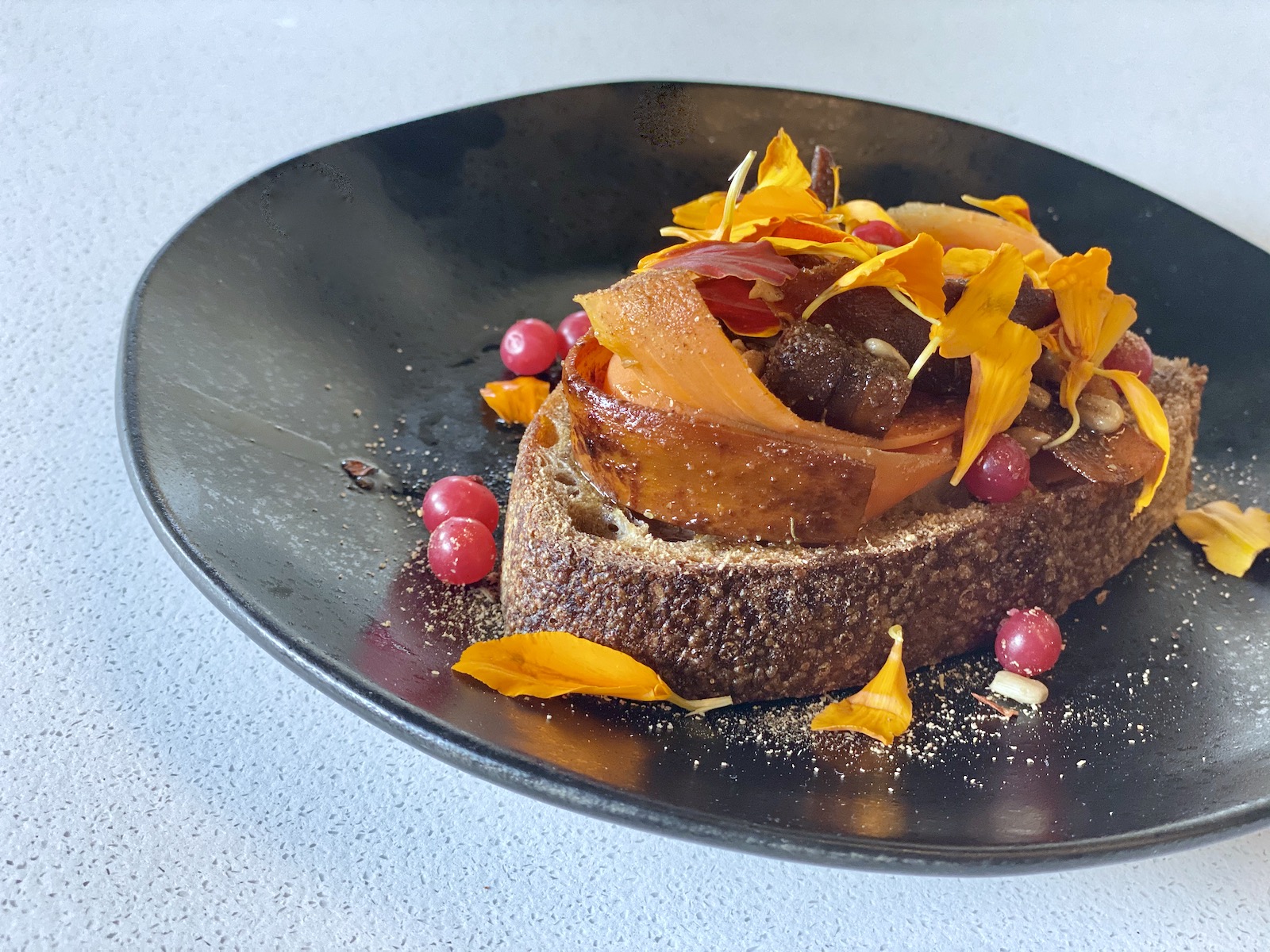 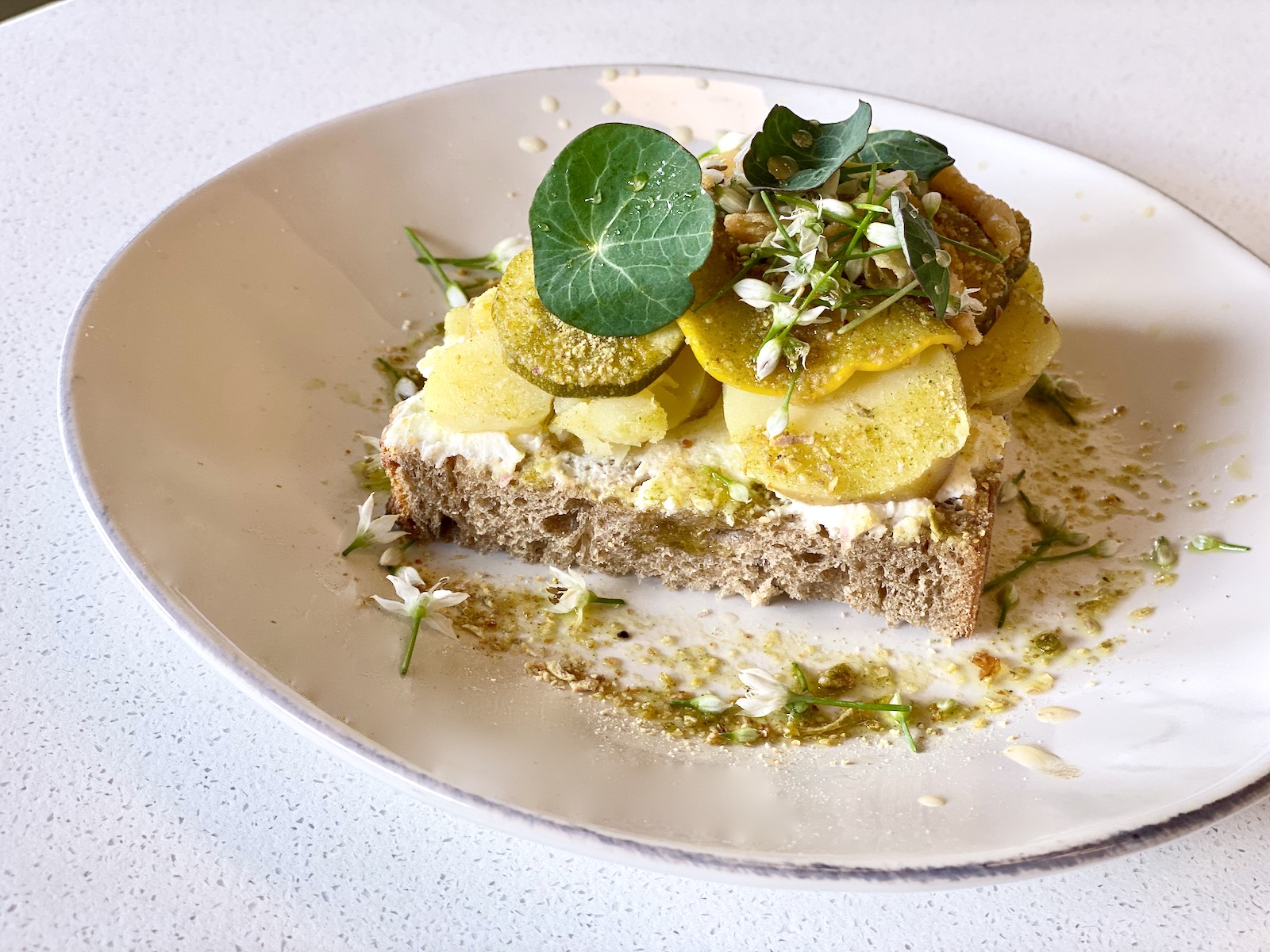 The dishes are a particular fit for Interval, Kanastab says, because they innately complement Pilcrow coffees, which rely on light roasting to bring out the nuanced flavors and distinctive characteristics of the coffee beans. It’s about bringing out the flavors of terroir, rather than showcasing the roasting process itself.

“All Nordic countries have a long history of coffee culture,” he says. “And they really pioneered the model of lighter roasted coffees, coffees that really express themselves very differently from what’s often found in the U.S.”

Those flavors play well with the higher levels of acidity often found in Norwegian fare, creating a real opportunity for Kanastab to present not only inventive new offerings, but items that taste great alongside a cup of Pilcrow coffee.

“The goal is really for the food and coffee programs to intermingle more closely as time moves forward,” says Kanastab. “And I’m honored to be a part of that.”

From beer bites to brunch: Hacienda Taproom & Kitchen gets a redux