As part of a recently announced $6 million makeover, the owners of Schlitz Park are seeking an artist to paint a huge mural on the side of the former brewery and current office parkï¿½TMs power plant.

As part of a recently announced $6 million makeover, the owners of Schlitz Park are seeking an artist to paint a huge mural on the side of the former brewery and current office park’s power plant.

The towering 10,000-square-foot space will be visible along the Milwaukee River from Downtown.

Milwaukee Downtown, BID #21, the Downtown Placemaking Task Force and Schlitz Park owners Crestlight Capital have issued a call for concepts from artists for the new mural to be installed on the 80-foot-wide by120-foot-high south-facing facÌ§ade of the former Schlitz Brewing powerhouse.

The goal is to create a mural that, "create(s) a timeless reflection of the city’s rich brewing heritage," according to a press release issued Tuesday.

"The mural will complement the vision for the Schlitz Park campus, with current improvements including renovations to interior lobbies, common areas and amenities, renewed activation along the Milwaukee River, and a new pedestrian plaza connecting buildings at the heart of campus."

Interested artists can find the RFP details at milwaukeedowntown.com/art, and can submit proposals until Tuesday, Sept. 15 by emailing them to Gabriel Yeager, Downtown Environment Specialist for Milwaukee Downtown, BID #21, at gyeager@milwaukeedowntown.com.

The selected artist will be awarded $50,000 to execute the mural. 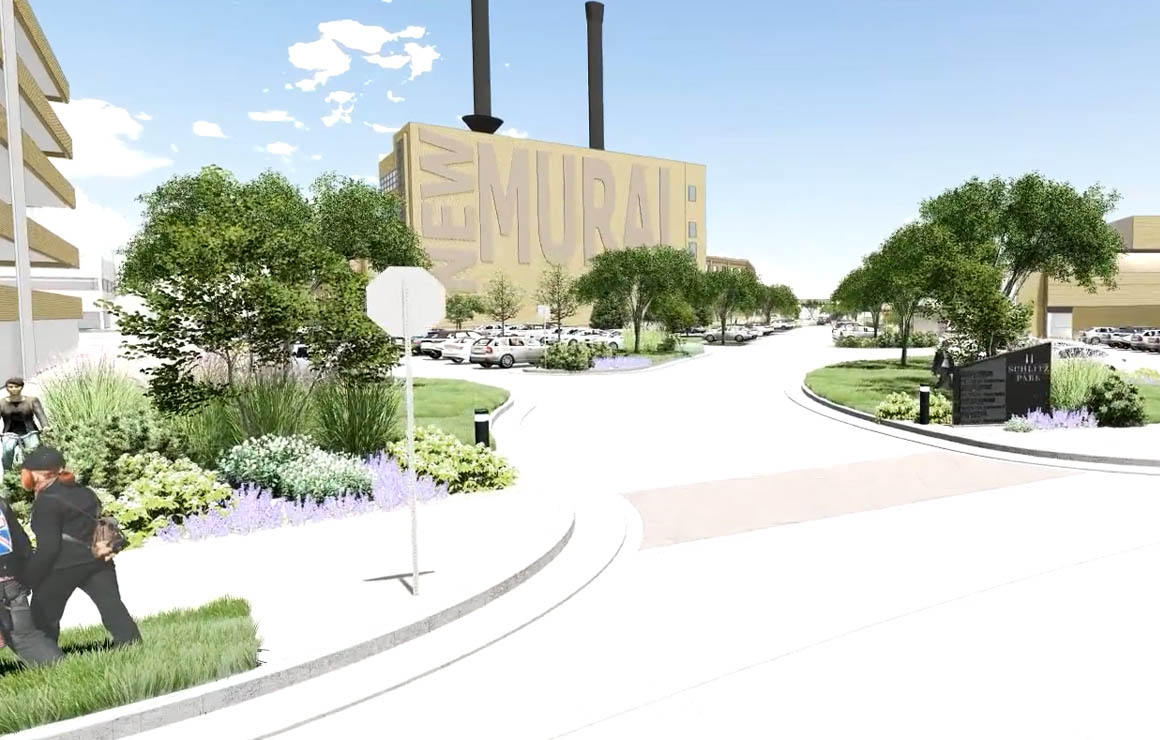 "Public art is flourishing in downtown Milwaukee and we’re excited to add another piece to our collection before year-end," said Beth Weirick, CEO of Milwaukee Downtown, BID #21.

"The Schlitz Park canvas will be our largest mural commissioned yet and is the perfect space to celebrate the rich, storied history of Milwaukee and Schlitz Park."

The new mural will replace the current one, which features the Schlitz Park logo.