A year after Crestlight Capital and TPG Real Estate bought Schlitz Park from the Grunau and Sampson families - who purchased the property in 1983 af the brewery had ceased operations there and converted it into an office park - the 32-acre site is getting a refresh.

A year after Crestlight Capital and TPG Real Estate bought Schlitz Park from the Grunau and Sampson families – who purchased the property in 1983 af the brewery had ceased operations there and converted it into an office park – the 32-acre site is getting a refresh.

The first publicly visible sign of that is the announcement that the Brown Bottle Pub – which was shuttered right after the sale – will reopen.

But the changes run deeper than that, according to Crestlight’s John Coury, who says the $6 million makeover includes a new plaza, a pedestrian bridge and other features to connect the five buildings on the site, a mural and more.

Coury also said that elements from the impressive cache of historical architectural elements that the Grunaus had collected – and which once filled the lower-level of a Pleasant Street parking structure like the storage area of a mini-museum – will be incorporated around the campus as mementos and reminders of the heritage and history of Schlitz Park. 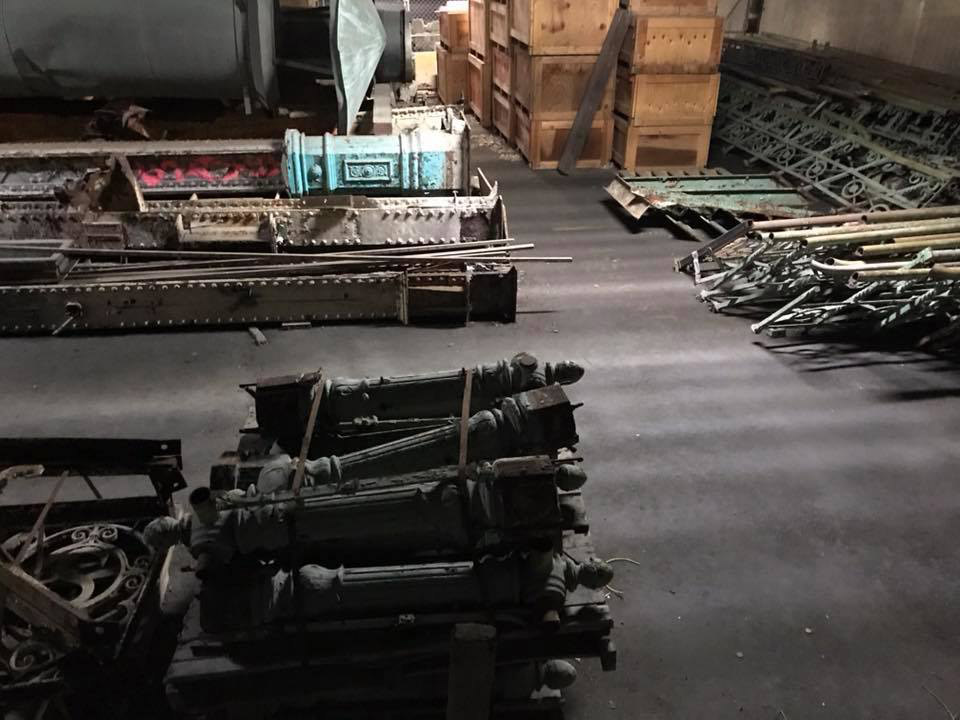 (I admit I panicked a little the day I noticed all of that stuff had been removed.)

After launching on 4th and Juneau in 1849, Schlitz moved to what is now Schiltz Park in 1870 and operated there until it closed the brewery and sold out to Stroh’s in 1982.

Sadly, many of the brewery buildings have been demolished over time, including the stunning brewhouse.

Others, including the stables and garage, still exist but are located across the street from Schlitz Park and are under different ownership.

Milwaukee Public Schools owns the former malt house on the corner of King Drive and Pleasant Street and it is home to the Golda Meir Middle and High School programs.

"Crestlight and TPG’s plan is to not only invest financially, but fully embrace the rich history of Schlitz Park and celebrate the legacy that gives so many Wisconsinites nostalgia for being on campus," reads a statement from the ownership.

Currently 31 tenants – including the Milwaukee Bucks – occupy 92 percent of the 775,000 square feet of office space on the site.

Among the changes are new signage on the Pump House near the river, as well as new seating and lighting along the RiverWalk, which will get a rotating selection of food trucks to complement the Take-Out Tuesdays food truck event on Cherry Street.

F Street, which is reopening the Brown Bottle, will operate all food service on the campus, including a new grab-and-go venue in the RiverCenter building and a new pop-up cafe in the Bottle House.

The facade of the Powerhouse will get a new mural that will celebrate the city’s brewing history.

The RiverCenter lobby will be updated with new LED lighting, new flooring and carpets, repainting, the addition of Schlitz artifacts, tenant lounges, modernization of conference rooms and more.

The current loading dock will be transformed into a new entrance that will connect to the Crossroads Plaza, that seeks to better connect the campus buildings, in part via a new second floor bridge to the RiverCenter and a new direct Bottle House entrance.

Vintage Schlitz lettering that has been preserved in storage will be added to the bridge.

The Bottle House and Stock House will also get lobby upgrades including new flooring, furniture, LED lighting, paint and the addition of artifacts.

The Cherry Street entrance to the Stock House will also be reconfigured.

In addition, the entire complex will get upgraded signage and wayfinding.

The project, designed by RINKA architects and built by ADK, is expected to be complete by the first quarter of 2021.