A second location for Blue's Egg is in the works

Plans aren't yet finalized. But, it's likely that Shorewood could get its very own Blue's Egg. The popular breakfast and brunch spot was part of the transformation of the neighborhood on Bluemound. And now it might be part of Shorewood's resurgence as well.

Plans aren’t yet finalized. But, it’s likely that Shorewood could get its very own Blue’s Egg restaurant, potentially as early as spring of 2018.

Black Shoe Hospitality, the group which operates Maxie’s, Blue’s Egg and Story Hill BKC, is currently in negotiations to open a second location for its popular breakfast and lunch restaurant at the intersection of Oakland Ave. and Olive St. on the ground level of the Mosaic Building.

"Blue’s Egg has been open for seven years," notes co-owner Dan Sidner, "and for six of those people have been asking us to open another location."

Residents of Milwaukee's East Side and Shorewood have been particularly vocal about a desire for their very own Blue’s Egg. It prompted us to pose a question to Sidner about the potential for an East Side location at an East Town Coffee Connection in 2016.

However, despite demand, the partners weren’t certain they wanted to duplicate one of their existing concepts.

"Replicating any one of our restaurants has been something we’ve been very hesitant about," explains co-owner and chef Joe Muench. "But we’ve spent the better part of the past year focusing on our concepts, and we’ve gotten in better touch with what makes each location special. And this is a concept we feel we can replicate." 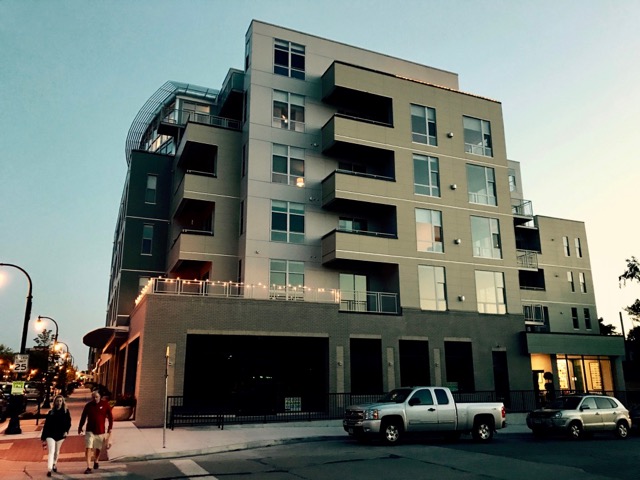 Shorewood is a fit

Both Sidner and Muench cite the growth in the Shorewood neighborhood as part of the reason for considering the location.

"It’s an area that has been traditionally underserved in the breakfast and lunch market," says Muench. "And the neighborhood, which is surrounded by growth both Downtown and on the North Shore, is experiencing a resurgence."

Areas like Shorewood, he explains, are a good fit for the overall DNA of Black Shoe Hospitality, which has traditionally built restaurants in areas in which they fulfill a true need.

"When Blue’s Egg moved in on Bluemound, we were surrounded by closed businesses," he says. "Heinemann’s had been a mainstay in the area, and for a year and a half, it sat vacant. And if you look around us now, there are a variety of small, thriving businesses in the area. We love being a part of that."

Sidner notes that the new Shorewood location will not be a simple copycat of the West Side location. "It will have its own feel and groove," he says. "And it will have a completely different staff. It’s the people that make the place."

Muench adds that Blue’s Egg will also strive to be a strong community partner, whether it’s through sponsoring the Shorewood High School sports teams or offering an affordable venue for community organizations to use for special events and fund-raisers.

As for other areas hoping there might be a Blue’s Egg in their future, Sidner says that may or may not happen.

"This is not the start of a grand plan to open multiple locations," he says. "But, depending on how this goes, we’ll see."