Get out, shed your mask & enjoy a cozy evening at the Zocalo tavern

Zocalo food park may have shorn down their hours for the winter season. But, thanks to its well appointed tavern and the ability to skip waiting in the cold for food (thanks to the CashDrop app), Zócalo has become a lively spot for whiling away the evening with friends old and new.

If you still think of Zócalo Food Park, the food truck park and community gathering place at 636 S. 6th St., as a fair weather destination, it’s time to think again.

The food park may have shorn down their hours for the winter season. But, thanks to its well appointed tavern and the ability to skip waiting in the cold for food (thanks to the CashDrop app), Zócalo has become a lively spot for community events, date nights and whiling away the evening with friends old and new. 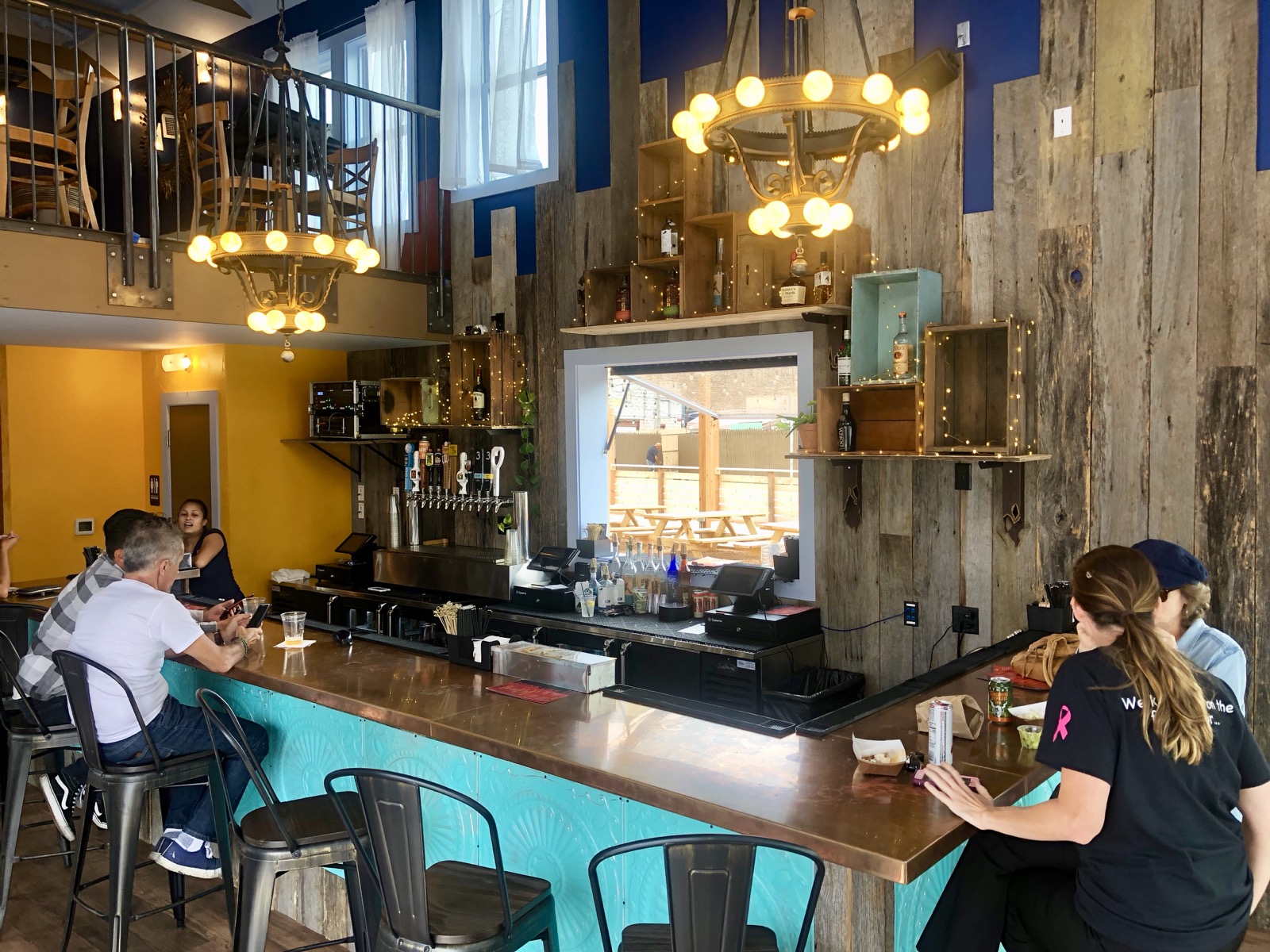 In fact, if you love the feel of the tavern during the summer months, when the fresh air blows through the open garage doors, you might be surprised to find it possesses an equally compelling environs during the winter months.

"In the summer, the tavern is bright and open and you have all these colors and glowing pink light," says Zócalo co-founder and developer Sean Phelan. "You could imagine you’re in Puerto Rico or San Juan. But in the winter, it has a much cozier feel."

"The vibe in this space is really different in the winter. You notice the little details more … the lighting, the textures. And it’s a really warm, welcoming place. We want you to walk into this space and be comfortable, be yourself." 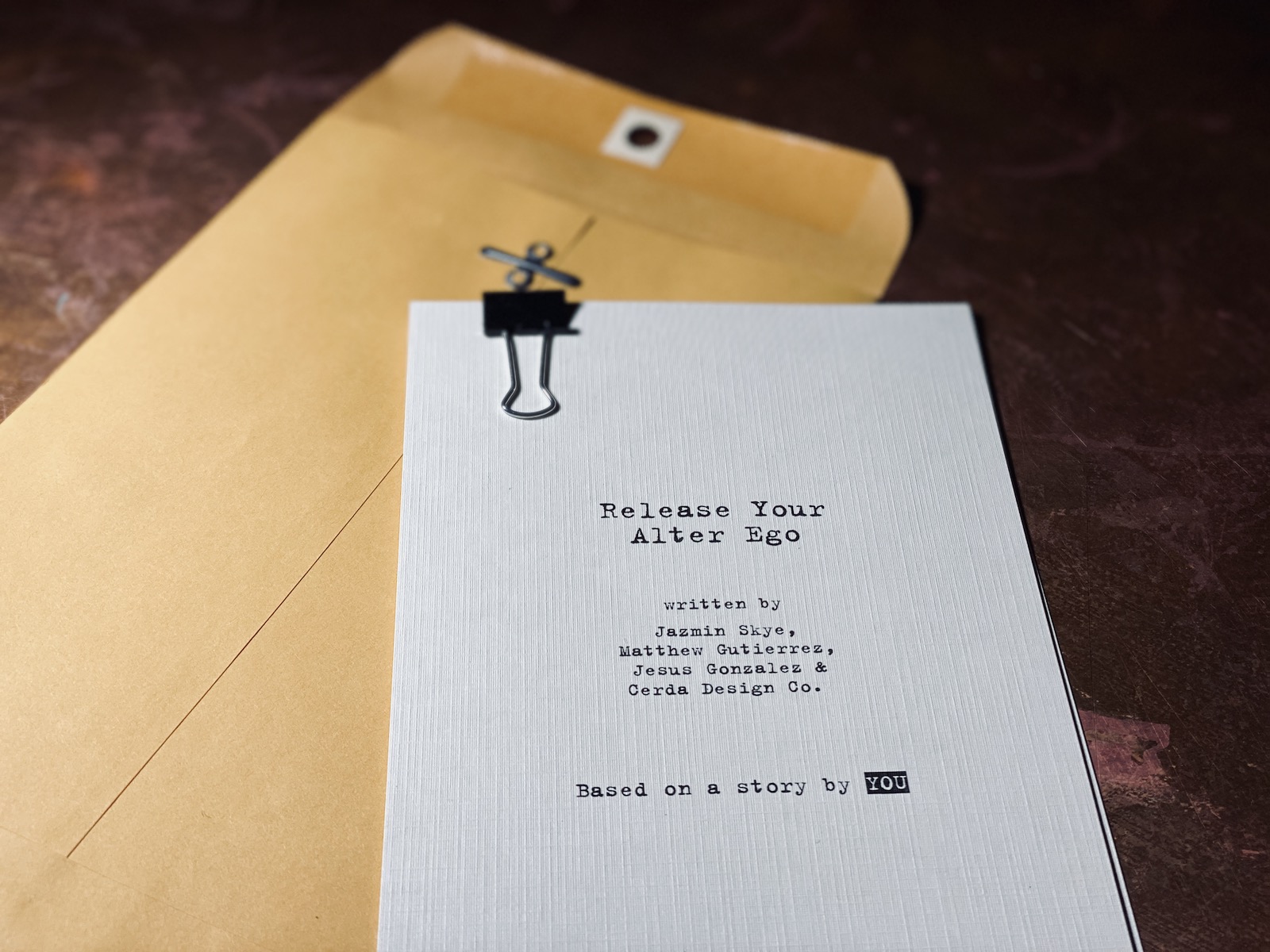 The sentiment is captured in the tavern’s new bar menu, a creative piece of work born of a collaboration between Gonzalez, Beverage Director Jazmin Skye, local screenwriter Matthew Gutierrez and Michael Cerda of Cerda Design Co.

The three page menu, entitled "Release Your Alter Ego." is bound with a binder clip and presented to guests in a manila envelope. Slide it out of the envelope and peruse its contents and you immediately become part of the story.

The cover draws you in. But it’s the second page which sets the stage. 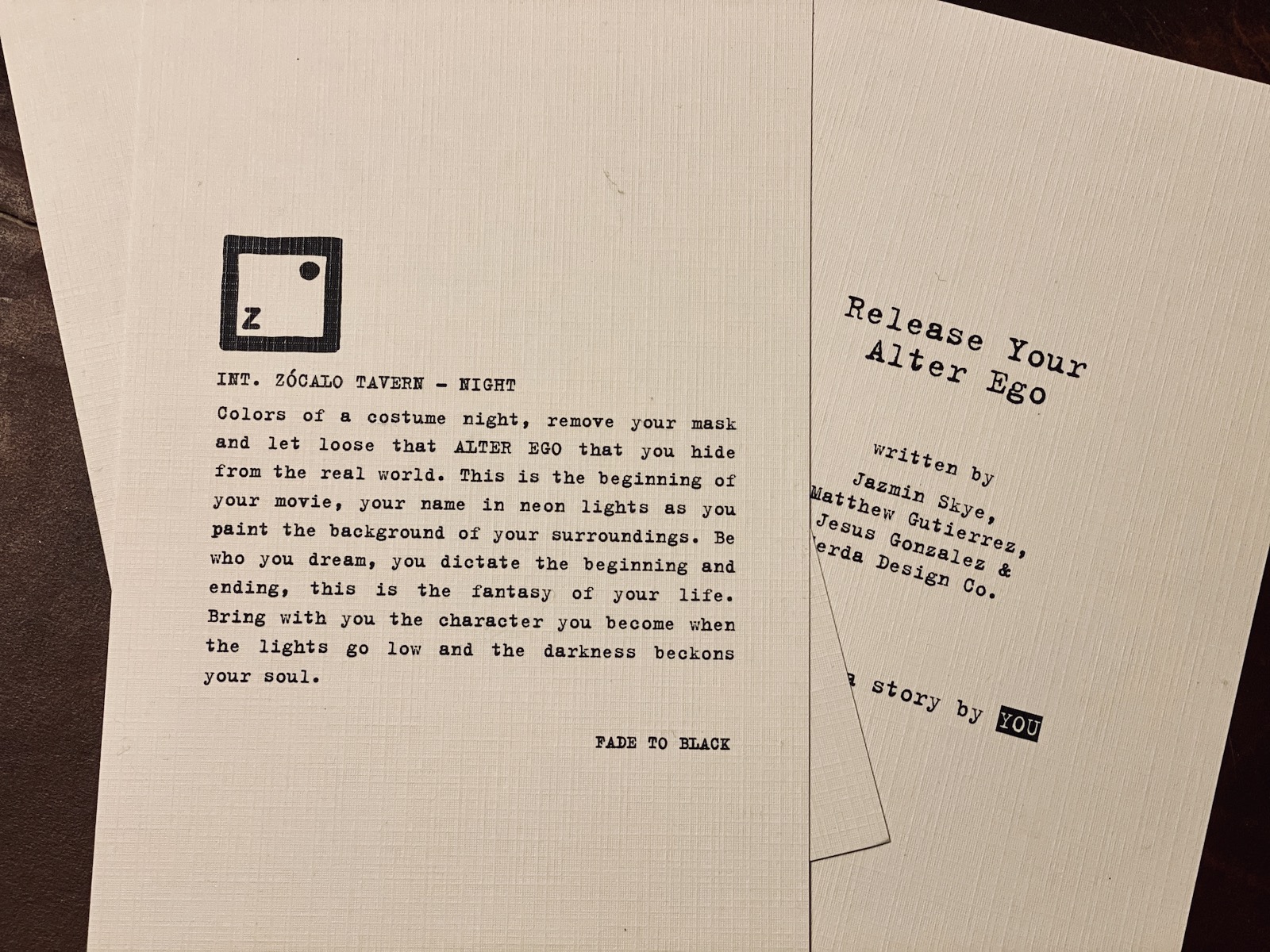 "... remove your mask and let loose that alter ego that you hide from the real world," it says. "This is the beginning of your movie, your name in neon lights as you paint the background of your surroundings. Be who you dream…"

Gonzalez says that the idea of creating a menu with a film theme had everything to do with his current circumstances.

"Film is where my head is at right now," he says. "I’ve been working hard with Gutierrez on a screenplay for a short film based on a corrido written by two sisters. I’d really love to submit to the Milwaukee Film Festival when it’s finished."

The film, he says, is a collaboration, much like the cocktail menu itself, which features a combination of familiar offerings and Zocalo originals.

Relax with a cocktail

Among cocktail choices are favorites like the Paloma, made with tequila, lime, salt, chile dust and grapefruit soda ($8) tells the story of childhood, he says. "This is the paloma every South Side kid grew up drinking at backyard barbeques. It wasn’t made with fresh juice. It was tequla, lime, salt and Squirt. We’ve taken the high fructose corn syrup out by using Two Brothers grapefruit soda instead of Squirt."

The Vatican, a combination of rye, bitters and ginger beer, is the favorite of bartender Marvin Pope. And the Caipirinha was served for the first time at the Brazilian Independence Day celebration held at the food park.

There’s a mojito and a margarita. And you’ll also find one of the tastiest hangover cures in the city: a michelada made with a from-scratch mix.

Look deeper and you’ll find new Zócalo originals like the Lady Mirage, a pink cocktail featuring bacanora, campari, lime, pineapple simple syrup and salt (pictured below). And if you thought you didn’t like Campari, you’re likely to be surprised. The aptly named cocktail is a good reminder not to judge the book by its cover. 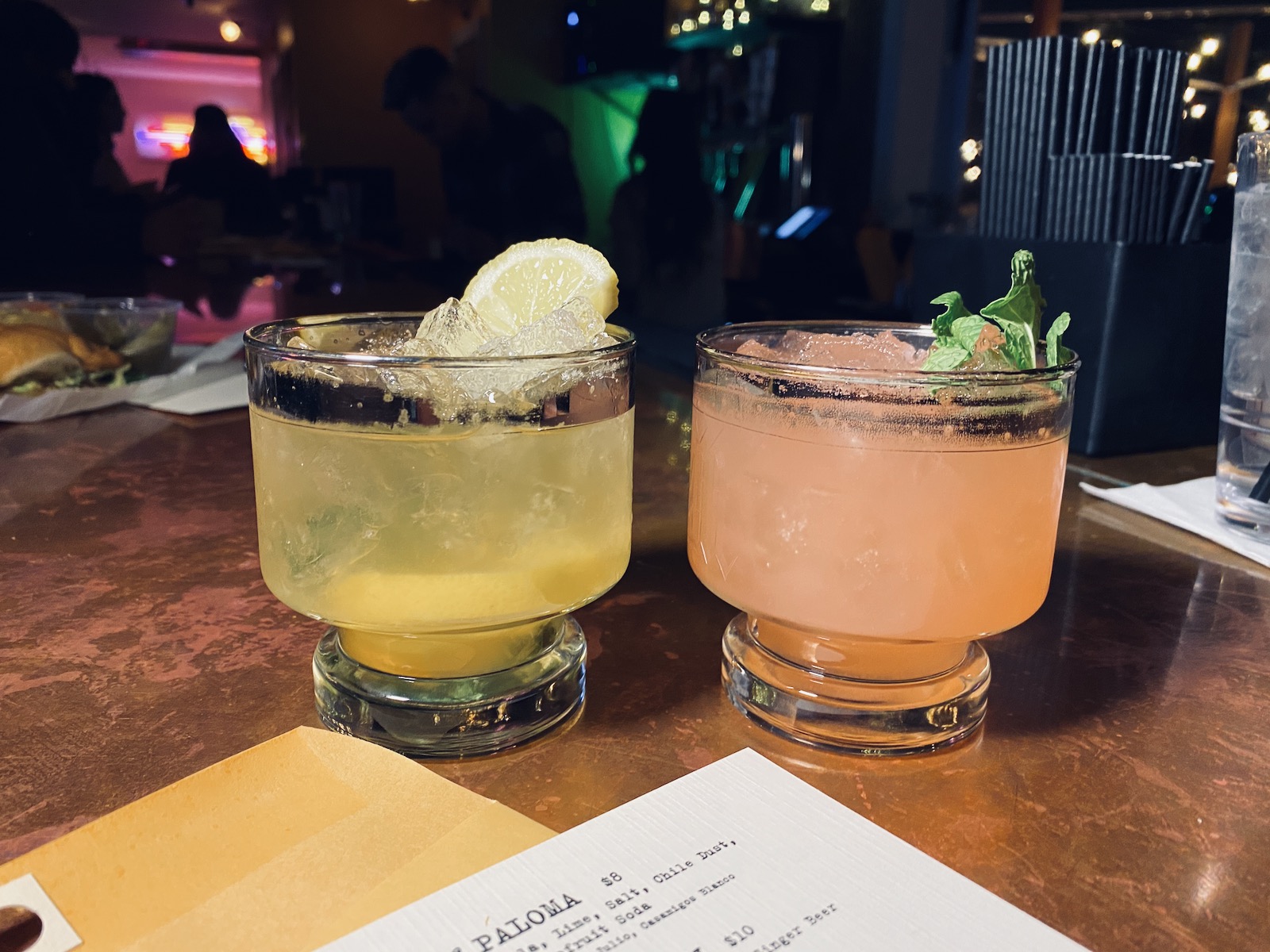 A similar message comes with "Honey from the Burbs," a bourbon based cocktail with honey syrup, mint and lemon (pictured above). "This is an urban space," says Gonzalez. "But Zócalo is a place for everyone" (even a honey from the ‘burbs).

Meanwhile, the Mario Moreno is named for the accomplished Mexican film actor and comedian whose reputation is celebrated throughout Latin America and Spain. It’s a mezcal-based drink that incorporates the flavors of tamarind, lemon and pineapple.

"The flavors in the drink remind me of my childhood," says Gonzalez. "Mexican candy often incorporates tamarind and fruit. And when I drink this, I can imagine myself walking through the candy aisle at El Rey."

Of course, Zócalo is also a place where folks are welcome to engage in thoughtful conversations and grapple with tough topics. And if a tongue-in-cheek shot with a nod to history is a bit more up your alley, you might just opt for the Hacienda Napoles, named for the famous compound (turned amusement park) of Pablo Escobar.

"Regardless of what he did, he was a character," says Gonzalez, acknowledging the controversial nature of the infamous Colombian. "For some he was a hero; for others, a monster."

As for the drink, Gonzalez says, it’s meant to be fun and interactive. And you’ll discover why when you order. The shot itself is comprised of pox (a Mayan liquor distilled from corn, sugar cane and wheat), passionfruit and jalapeno simple syrup. Hint: It begins with a mirror, a gummy bear and Lucas, a sweet, sour and salty treat popular among Mexican youth. 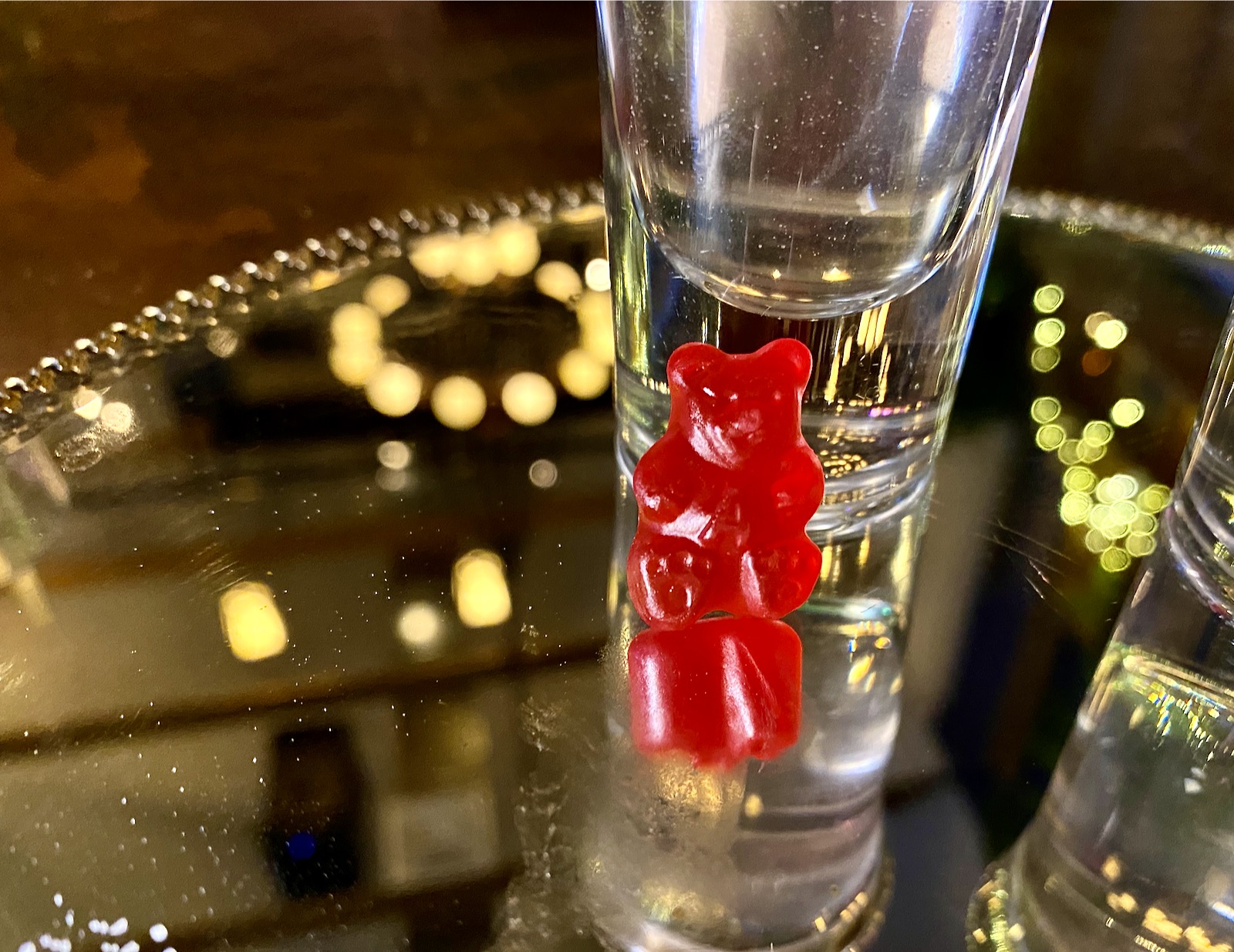 Treat yourself to a torta

Any one of the bar’s cocktails (or one of a selection of beers, hard seltzers or cider) would be a great match for one of Gonzalez’s soul-warming tortas, which are available for a limited time.

Each sandwich is layered into a soft telera roll, with a choice of protein (breaded sirloin steak; pounded breaded chicken thigh or the "19 13," a vegetarian option featuring a tasty chickpea patty with a flavor not unlike a Mexican rendition of falafel); bean puree; guacamole; mayo; cheese; mixed greens and vinaigrette; and onions (priced $8.25-$8.50). 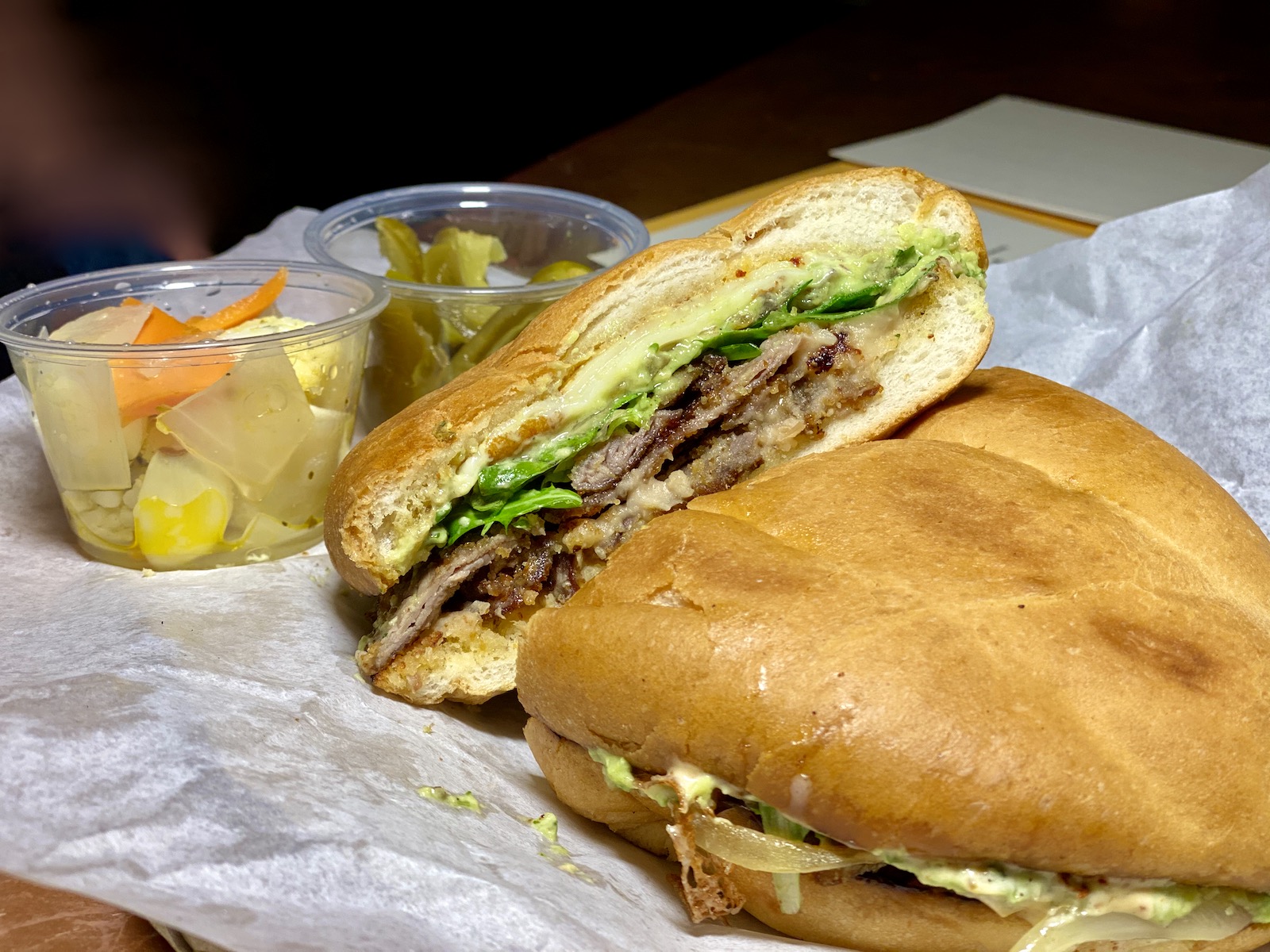 For more information on events and happenings at Zocalo Food Park, follow them on Instagram at Zocalo Food Park and Zocalo Night Life. And save the date for their Release Your Alter Ego party on Friday, Feb. 7 from 10 p.m. to 2 a.m.  featuring music from Mr. New York.

Save the dates for Downtown Dining Week this June

Lori Fredrich May 03 Dining
Do This

Lori Fredrich Apr 28 Dining
Do This

Virtual class offers first taste of The Brown Bottle, which reopens this summer

Lori Fredrich Apr 27 Dining
Do This