No matter what your connection to the team is, we're all in this together. At all levels, sports bring people together. And when a team like the Bucks win, a community builds and takes note since we all become a part of the story.

I've been a Bucks fan my entire life, so I thought I’d attempt to timeline it a bit. It’s a fandom that was meant to be. Let me show you.

Born and raised in Milwaukee. Kid you not, Brian Winters (#32) and a player Jordan called the best "pure shooter" in history lived on my block in when I was in second grade. My dad, even on late school nights, took me to games as a kid at the MECCA and the Bradley Center. 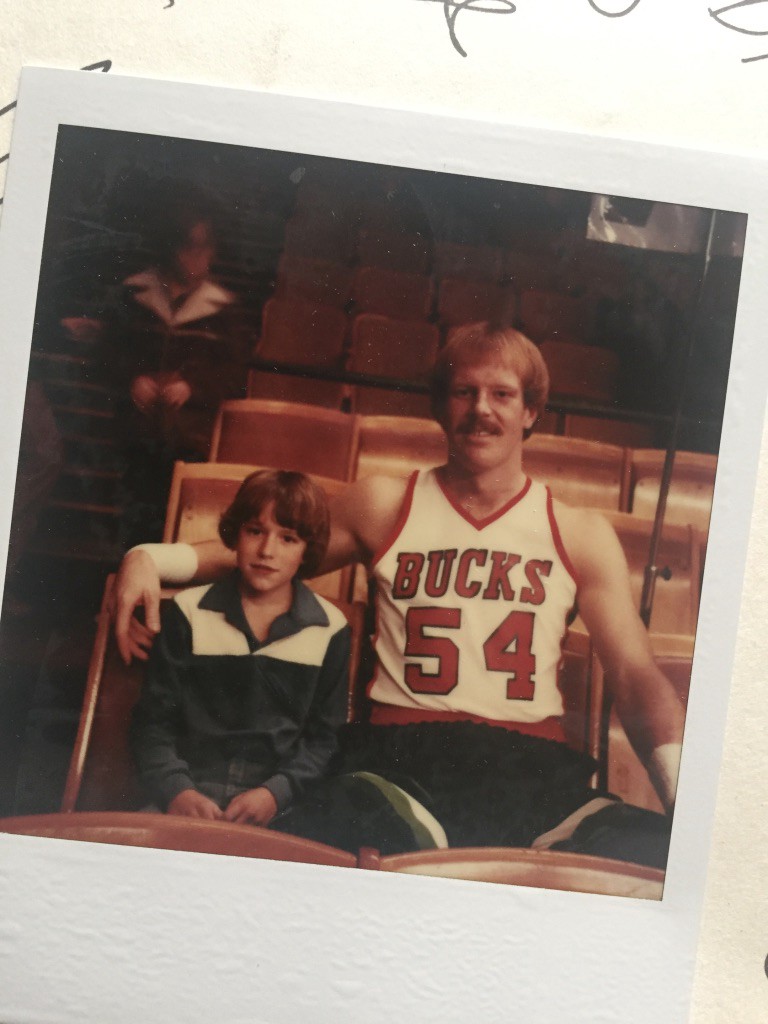 I wanted so badly to be a Bucks ball boy. I applied every year, but never got accepted. So, I focused on being a bigger fan. My Sidney Moncrief scrapbook that I still have today is a testament. 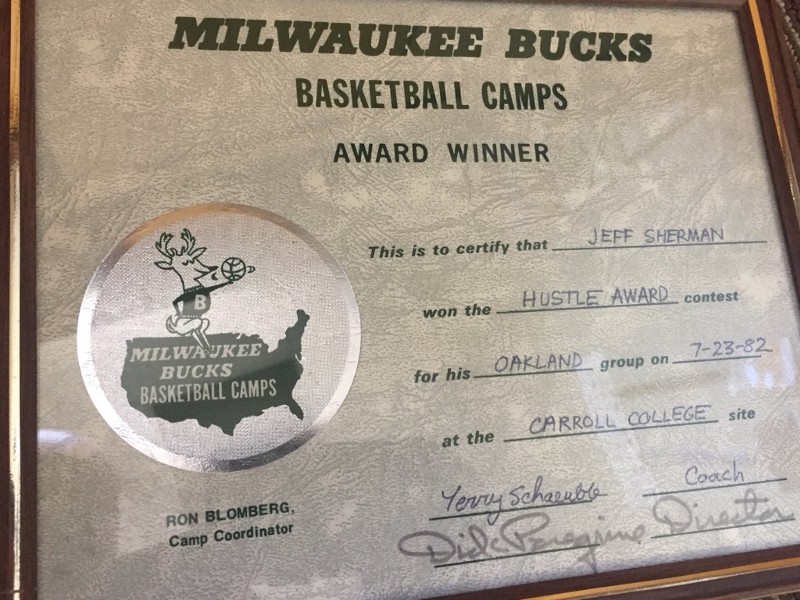 Never missed a MACC Fund Game. Well, maybe a few, but the game’s become a part of our community and I’m proud to attend every season. Even as a kid, it always marked the beginning the season for me.

The team during my early Bucks fandom in the '80s was amazing. Lots of wins – but never a title in that era.

So college rolls around and somehow Marquette accepts me. I get to intern in the Marquette Athletics office.

The Marquette internship leads to an internship at the Bucks. Thanks, Vince Cicero, for your help! Game day, sports intern. It was amazing, I learn a lot, and I love that many from the stat team are still there today. Bob Wanek, you are still there!

I graduate with a dream of "working in sports" while believing (I still do) that some day I’ll own the team.

Summers after college are full, often with a weekend of Hoop it Up, the annual Bucks/NBA sponsored street ball tourney. I volunteered for everyone one of them. Hard, fun work.

End up working for Joe Sweeney at the Wisconsin Sports Authority. Our office is where? In the old Bucks office at the MECCA. I could smell Don Nelson's fish ties.

One day, in the '90s, we need a new computer and a guy named Jay Kaun (currently still a statistician with the Bucks) donates a Mac. In exchange, we buy Bucks season tickets that we share.

I continue my time at the WSA working on the Wisconsin Athletic Hall of Fame, including inducting the likes of Oscar, Sidney, Jon McGlocklin, former Bucks owner Jim Fitzgerald and many more that you see outside the UWM Panther Arena. Many of those plaques, by the way, I wrote. 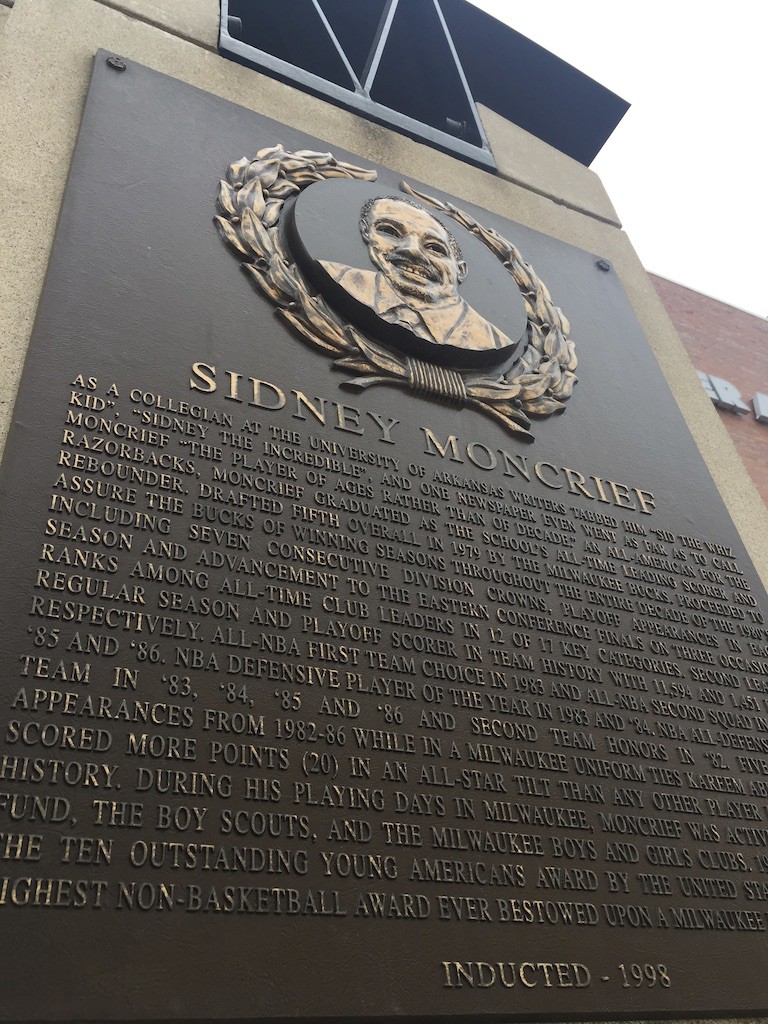 In 1994, the Bucks draft the "Big Dog," Glenn Robinson. I transfer the Wisconsin Sports Authority Bucks tickets into my name as I leave the job to go work at an agency and eventually for a lobbying group that’s working on the new convention center, Miller Park and more.

In 1998, the Bucks hire George Karl. I’m all in and a member of his Friends of Hoop foundation. He becomes a big part of Milwaukee, and I truly enjoy getting to know him and doing some crazy, fun events in the city while raising money for good causes.

When the team makes the Eastern Conference Finals, OnMilwaukee makes and distributes George Karl masks. The city loved them and they make the front page of USA Today. 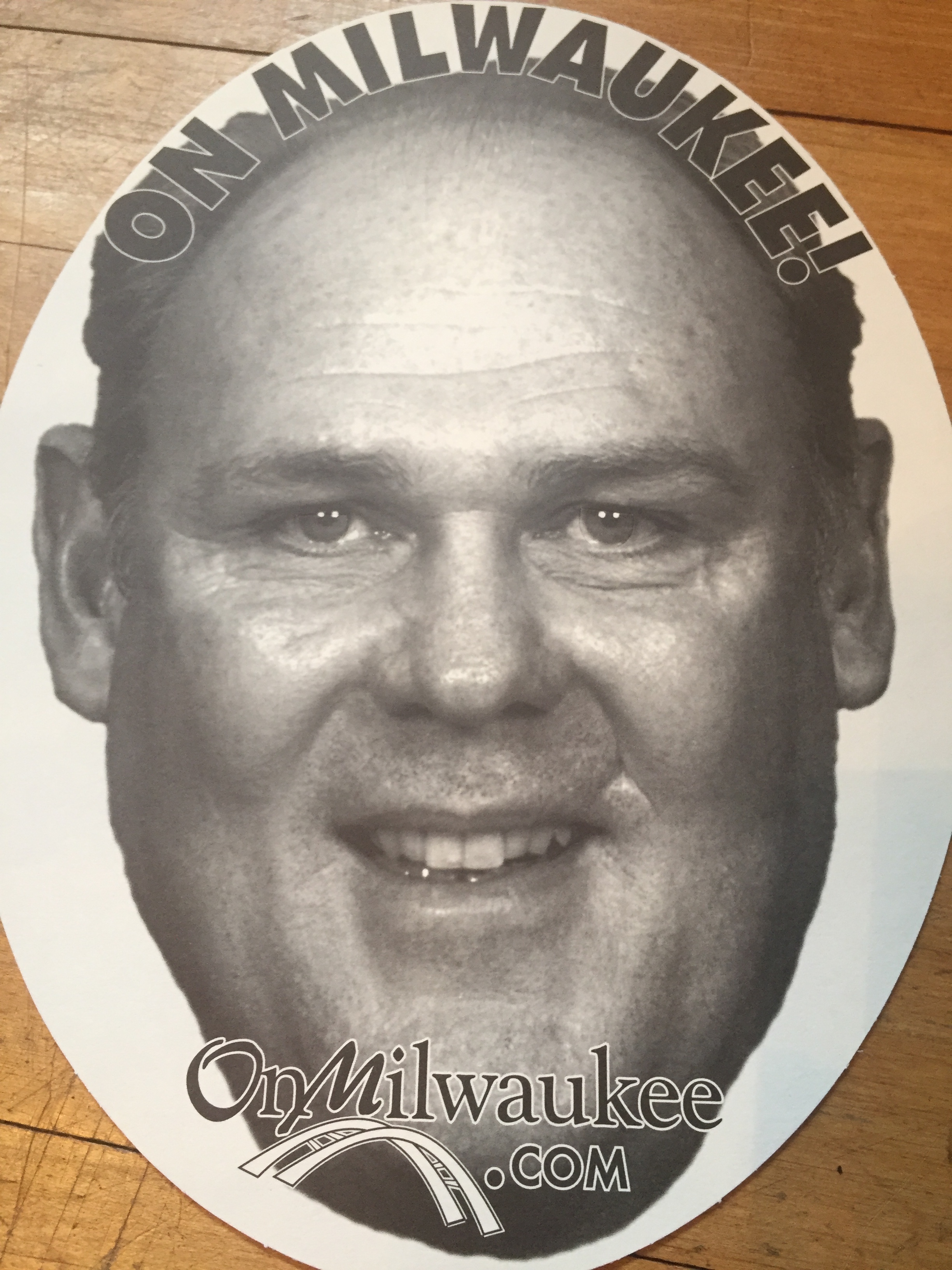 Karl leaves in 2003, but my ticket group keeps our seats. Civic duty, I say.

I make it through the "dark losing years," probably annoying the team with my ideas and feedback but also gaining a new partner for OnMilwaukee. We do fun stuff like "Charlie Do My Job" segments, follow Brandon Jennings to Summerfest and so much more. Thankful for our partnership with the team, to this day, for sure.

I missed the Jennings 55-point game but get this photo with him, my son (another life-long fan) and me. Speaking of our son, his first Bucks item? A Bucks bib that was a gift from Bucks senior VP John Steinmiller and his wife. 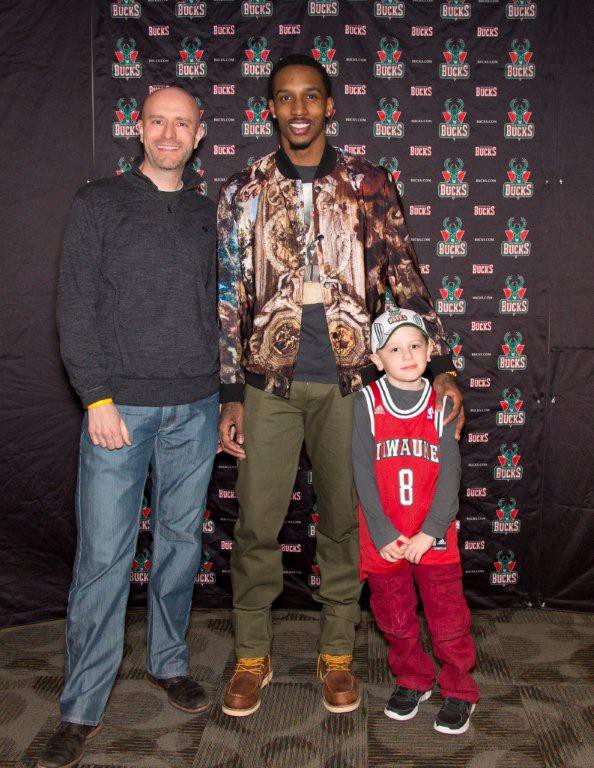 The Bucks need a new arena, and thanks to many including JoAnne Anton and Chris Abele, I get appointed to the board of directors at the Wisconsin Center District, which becomes a financial conduit for what is now Fiserv Forum. 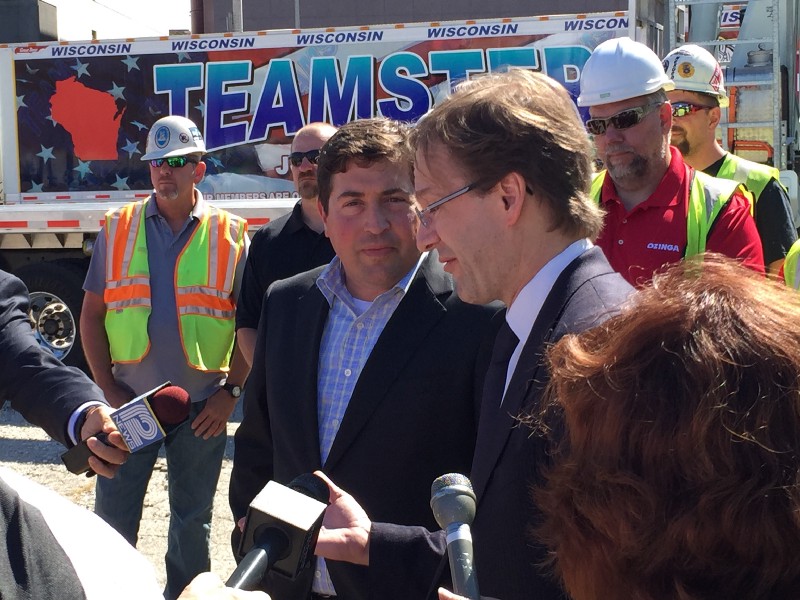 A year before the team is sold, I’m searching for the right person to lead our growing revenue team at OnMilwaukee and then VP Sales Jim Grayson joins the best digital minds in the industry, and we grow even more. Grayson, of course, worked for Senator Kohl who we all have to thank for finding the right new owners, his civic commitment and his huge investment in the new arena. 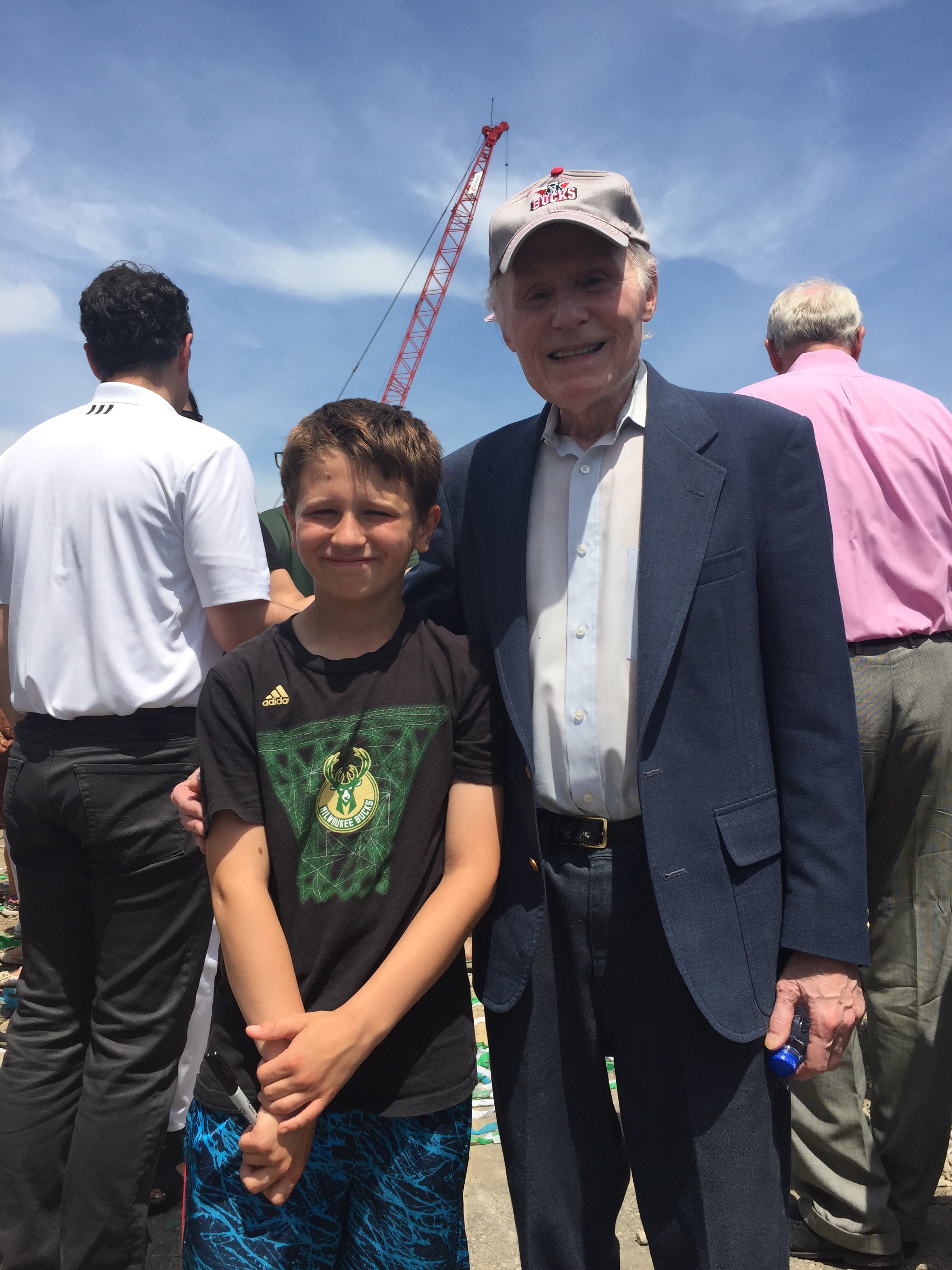 Speaking of new ownership, I often think of my first lunch with Bucks president Peter Feigin. Weeks after his hire, he was kind enough to sit down and take in my rambling ideas. Looking at my agenda for that meeting, nearly every idea and concept has come to life in some way, shape or form. That’s #OwningTheFuture.

Today, of course, the team is rocking through the NBA playoffs and setting the state on fire! It’s #FeartheDeer, 24/7, and OnMilwaukee even found the person who started the phrase as ESPN tweets our "Fear the Deer" story here.

Ever wonder where the phrase "Fear the Deer" comes from?

We also have a ton of great Bucks stickers and GIFs for you to share.

So, what’s your Bucks story? Share it now. No matter what your connection to the team is, we’re all in this together.

Sports bring people together. And when a team like the Bucks win, community builds and takes note since we all become a part of the story. 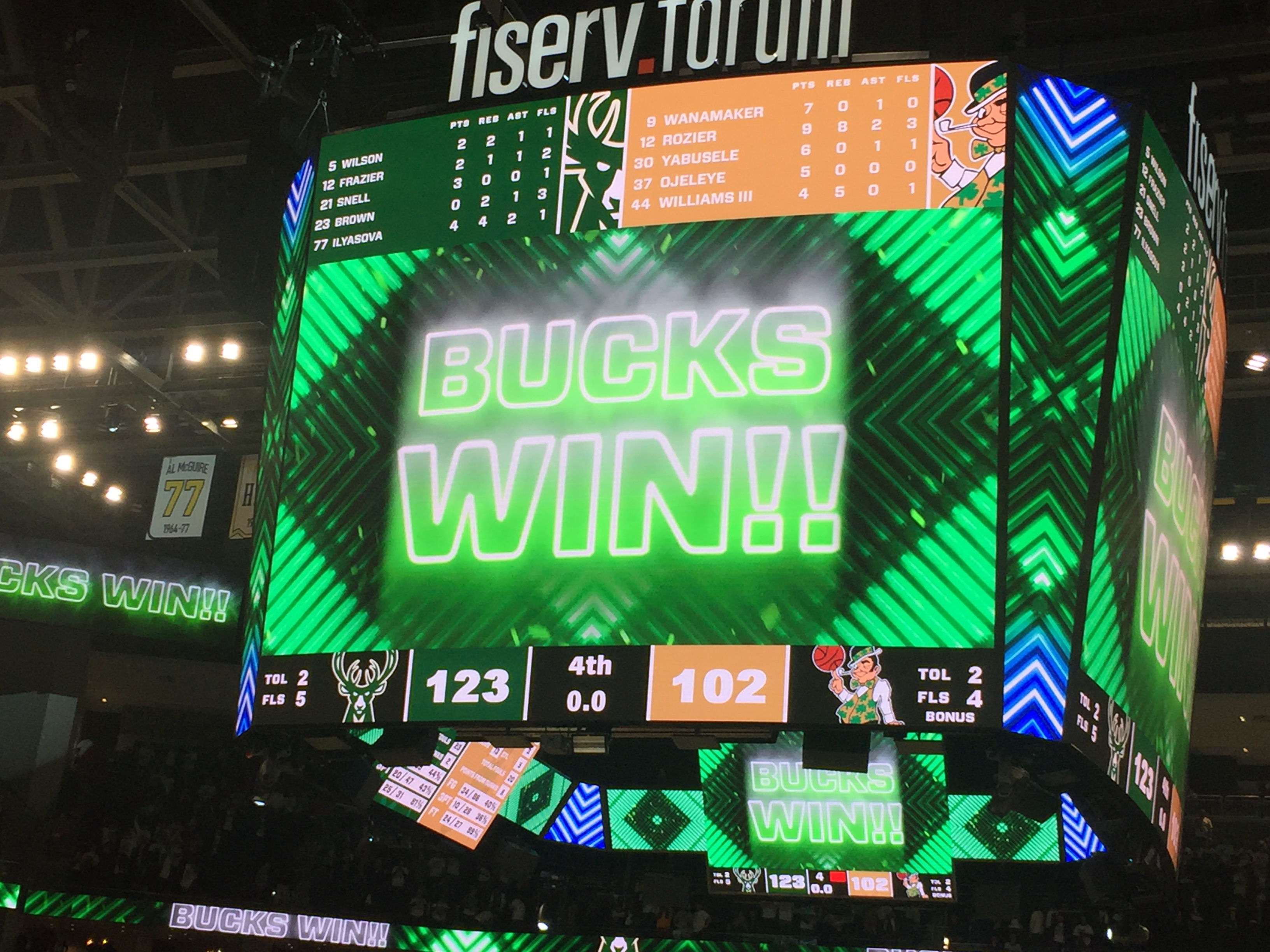