In March, community leaders gathered to celebrate the re-opening of the renovated Mary Ryan Boys & Girls Club, 3000 N. Sherman Blvd. This week, folks got together to launch the club's new teen center. And, last night, the clubs had a segment on "Jimmy Kimmel Live!"

This week, folks got together to officially launch the club's newly expanded teen center, that the Boys & Girls Clubs hopes will better serve neighborhood youth with a variety of activities and amenities in a safe, comfortable and productive space.

"The new teen center in the Mary Ryan Boys & Girls Club is an example of the community investing in our youth," said Vincent Lyles, president & CEO of Boys and Girls Clubs of Greater Milwaukee. "With a bigger space chock full of amenities, more teens are choosing to spend their time in this safe and inspiring space surrounded by positive role models."

This in the same week that the Boys & Girls Clubs of Greater Milwaukee got some national attention on the "Jimmy Kimmel Live!" show. More on that later. 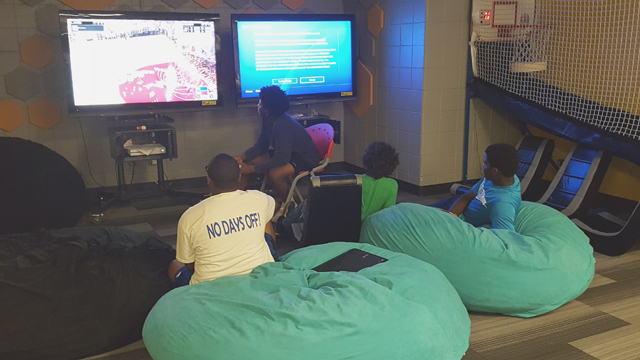 The expanded space was entirely repainted and recarpeted and also got new lighting and new ceiling tiles. 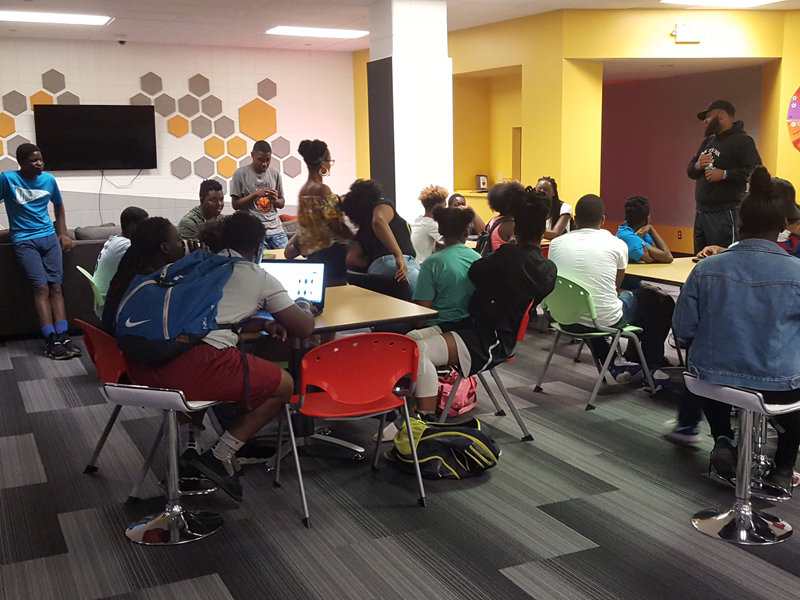 Among the amenities in the larger teen center are, in the words of the Boys & Girls Club:

Oh, and did we mention that the Boys & Girls Clubs of Greater Milwaukee had a music video segment with Guillermo on "Jimmy Kimmel Live!" last night?

The video – an ad for Old Navy – was created by Milwaukee dance instructor Cedric Gardner, who was tasked with writing a song inspired by the kids he works with. Here's the song they wrote, performed and for which they made a video featuring two kids from the clubs and Kimmel sidekick Guillermo Rodriguez.