Gorgeous and meaningful public art is putting down roots all across Milwaukee, and now there's a new temporary piece in bloom in front of Sherman Phoenix - quite literally.

Gorgeous and meaningful public art is putting down roots all across Milwaukee – from new murals in the courthouse to several on the South Side and in the Riverwest/Harambee neighborhoods to one of Bucks star Giannis Antetokounmpo above The Highbury Pub in Bay View. And now there's a new temporary piece in bloom in front of Sherman Phoenix – quite literally. 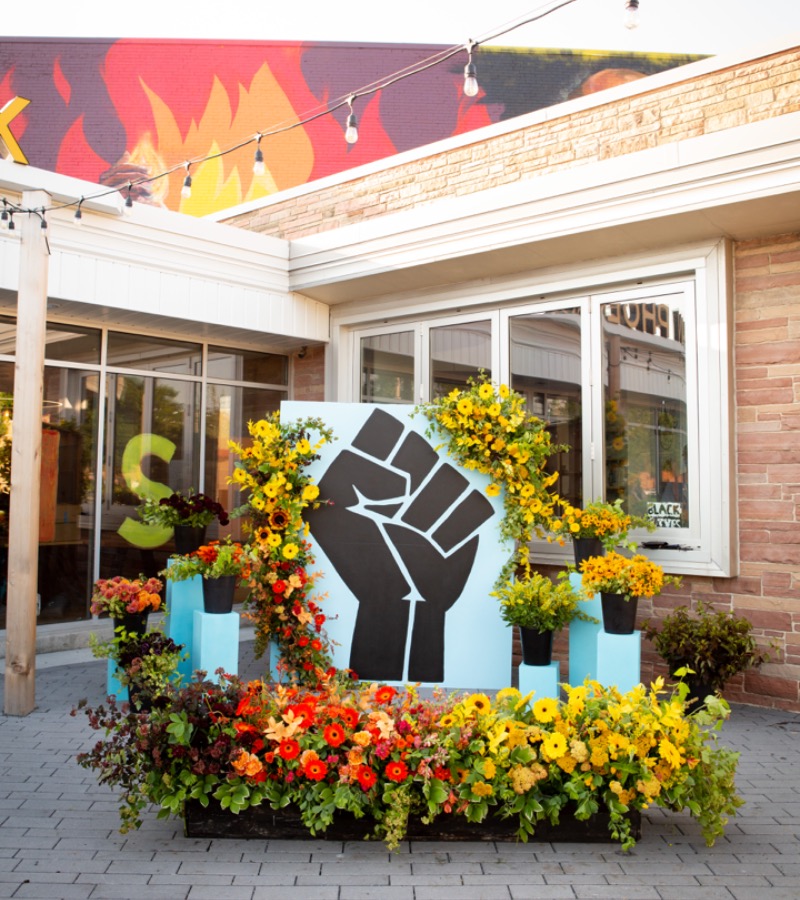 "We wanted to add a little softness to the conversation around racial justice," said Sally Vander Wyst, founder of the Milwaukee Flower Co. and self-proclaimed "flower co-conspirator" with the project. "Our message today is, 'We see you. We hear you. We stand with you.'"

The piece features the Black Lives Matter symbol surrounded in front and on the sides by red, orange and yellow flowers of different hues and varieties – partly a nod to the building's recent history as a BMO Harris Bank that was burned down during the Sherman Park unrest of 2016 but resurrected as a vibrant community center and marketplace for Black-owned businesses.

"There's this beautiful mural up (near the top of Sherman Phoenix) that's flames," explained Vander Wyst. "We wanted to draw attention here but also make sense with the mural behind – as well as drawing attention to LIT MKE and their victory in removing the MPD contract with MPS."

The individual flowers themselves tell a story within the floral sculpture, according  to Vander Wyst and MKE Seen. In addition to paying tribute to American Flowers Week, utilizing and showing off American-grown flowers in the new artistic creation, one particular selection carries extra significance: the yellow and black rudbeckia, more famously known as black-eyed Susans.

"What we really like about that is that flower symbolizes encouragement," Vander Wyst pointed out. 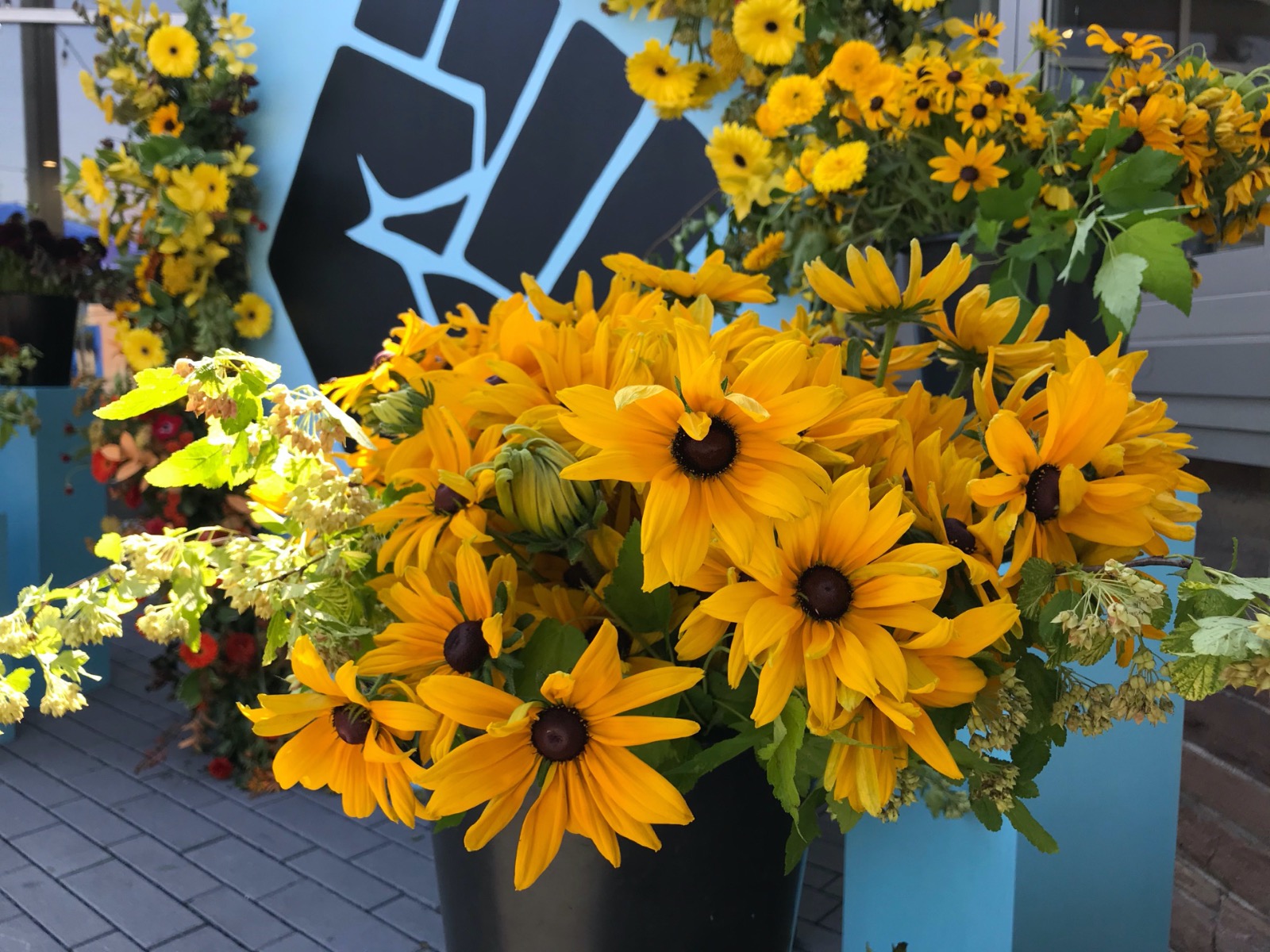 Encouragement is one of the key tenets of the MKE Seen collective. The group was first assembled in 2017, creating three floral sculptures – one at the Sojourner Family Peace Center, one at Independence First and one at Pathfinders – all with the same message of solidarity with the city's Black and Brown communities. The group, now up to nine members, reconnected this year amidst the nationwide protests sparked by the murder of George Floyd, installing a colorful floral sculpture proclaiming "Black Is Beautiful" outside America's Black Holocaust Museum this past Juneteenth.

The group has additional plans for what they call "a summer of flowers," in which they have dozens of installations planned for a day in August, hoping to draw attention to Black-owned businesses and historically relevant places throughout the city – complete with an app that they view and share the installations and therefore the locations as well. An official date is in the works, but updates will be teased on MKE Seen's Instagram.

"We basically want to bring attention to those areas, and if we can do that through the means of floral installations, that's the plan," said goldsmith and fellow "flower co-conspirator" Rachel Stenman.

"We want to still give the artists and designers some accreditation, but we're really trying to push Sherman Phoenix and LIT forward ... push these non-profits and institutions forward in the Black community."

In following with that mission, click these links for more information on Sherman Phoenix and LIT (Leaders Igniting Transformation) MKE as well as how you can donate or support them.

As for the new floral sculpture, the piece will be in front of Sherman Phoenix, maintained and refreshed with new flowers throughout the weekend until 9 a.m. on Monday, July 6.