Jake and Alaina Bresette opened Milwaukee's first surf shop, Lake Effect Surf Shop, in the summer of 2016 at 1926 E. Capitol Dr. The couple is pleased with the year-round interest in the shop.

Nine years ago, Jake Bresette started surfing Lake Michigan, but because he lived in Madison, he had to drive more than an hour to Sheboygan, Racine and Milwaukee for the big waves.

"That got old," says Bresette. "As much as I love surfing, I got tired of making the drive."

One of Bresette’s favorite places to surf is Atwater Beach, so he and his wife, Alaina – who is also a surfer – decided to move and open a business in Shorewood.

"There’s a surf shop in Sheboygan and one in Michigan, but we always wondered why there wasn’t one in Milwaukee," says Bresette. "And so my wife and I took the plunge."

The shop sells – and rents – surfboards, paddle boards and wet suits. It also offers skateboard stuff and locally-themed T-shirts and clothing, including "Wiloha" gear, a term which Bresette invented that combines "Wisconsin" with the Hawaiian greeting "aloha." 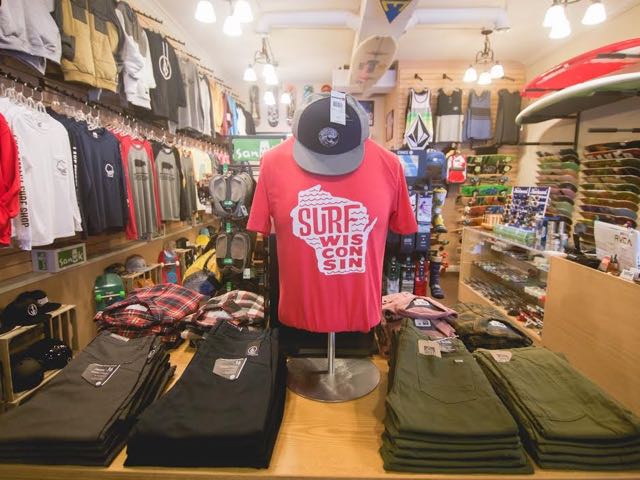 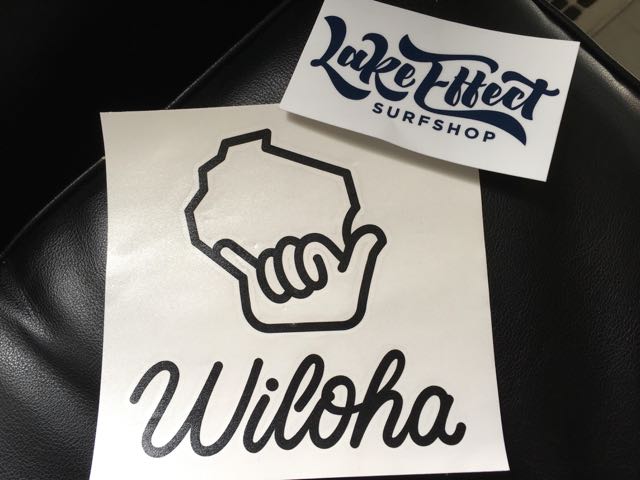 When Bresette started surfing the lake, there were only one or two others in the water with him. Recently, the numbers have increased greatly.

Although the best time to surf Lake Michigan is in the fall – followed by spring and then winter – Bresette says sales remained solid all year.

"It’s been very good first year," says Bresette, "It's great to see so much growth and interest in surfing. Especially in the winter."