Wine with a feline: Milwaukee's first cat cafe Sip & Purr in the works

Have you ever wanted to snuggle a Siamese while drinking your morning coffee? How about petting a Persian while sipping a nice glass of malbec? Well, if all goes well, you could be doing just that, thanks to new plans for Milwaukee's first cat cafe, Sip & Purr.

Have you ever wanted to snuggle a Siamese while drinking your morning coffee? How about petting a Persian while sipping a nice glass of malbec?

Well, if all goes well, you could be doing just that, thanks to new plans for Milwaukee’s first cat cafe, Sip & Purr, which is slated to open in early 2018, though the search for the "purrfect" location is still in the works.

The cafe would be a first for Milwaukee, and the third of its kind in the state, which is also home to Cat Café Mad in Madison and Safe Haven Pet Sanctuary in Green Bay, both of which offer self-service beverages along with an area to interact with cats.

However, unlike its Wisconsin predecessors, Sip & Purr will offer a full service "cat-free" cafe where guests can enjoy coffee, beer or wine, along with a selection of small plates and sweet treats. A separate cat lounge, visible through a glass observation window and open to guests who want the full experience, will house 8-12 cats in an interactive environment, all of which are available – not only for snuggling, but also for adoption. 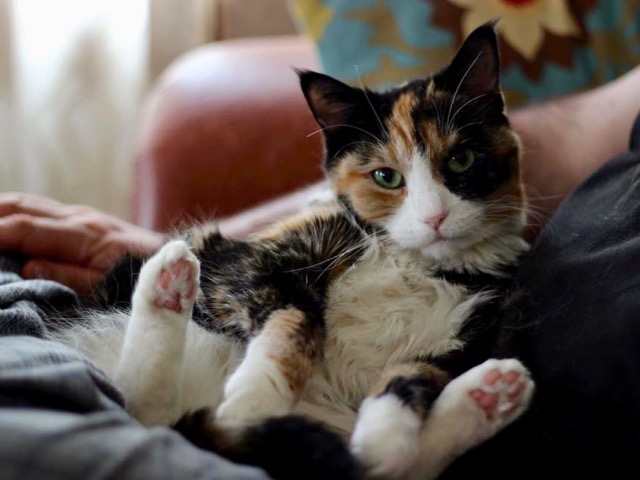 The vision for the cafe was created by Katy McHugh, a life-long animal lover and Whitefish Bay resident whose experience with a cat in Amsterdam inspired her to bring a similar experience to others.

McHugh, her husband and two children were hoping to visit De Poezenboot, a refuge for stray and abandoned cats located on a houseboat in Amsterdam's picturesque canal belt. But, when they found the cat sanctuary closed, they decided to visit a nearby cafe. McHugh says bought the kids ice cream and she ordered a glass of wine.

"Out of nowhere, this big yellow tabby cat comes out and jumps up on my lap," she says. "And I just sat there petting her and drinking. It was amazing. Her name was Gigi, and she just sat on my lap purring and purring. And I said to my husband: ‘I want a place at home where I can do this. We need a place where people can drink wine and pet cats.’"

Upon returning home, McHugh – who, at the time, had no idea that cat cafes even existed – took to the internet. And as she researched, she became more and more intrigued by the thought of opening her own cafe.

Along the way, she reached out to numerous shelters about the potential for partnering on the cafe. But, it wasn’t until she talked with the folks at the Lakeland Animal Shelter in Elkhorn that she found a perfect fit.

Lakeland harbors hundreds of cats in a cage-less open cat colony, an increasingly popular shelter model in which cats live in community and are free to run, play and socialize with both cats and visiting humans.

"Their model really makes sense in terms of maintaining cat health and creating well socialized cats," says McHugh. "And we love the idea of working with them to facilitate adoption of some of those cats." 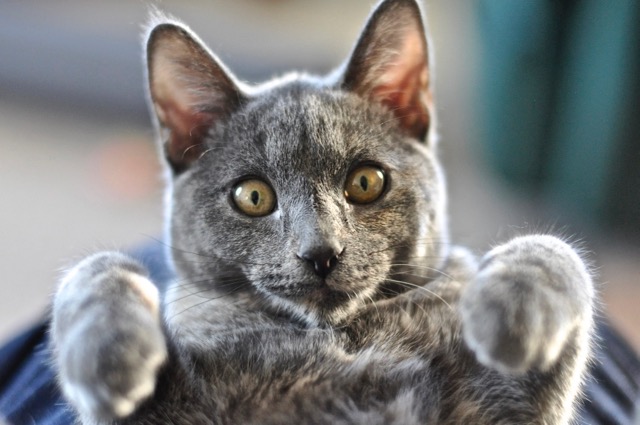 McHugh says the cafe creates an ideal scenario for folks to meet and interact with cats, particularly when looking for a feline friend to adopt.

"Being able to interact with adoptable cats in a cage-less, fun, relaxing environment gives potential adopters the opportunity to really get to know a cat’s personality and visualize how a particular feline might fit in at his or her home."

Research also suggests that socializing with cats also has a positive impact on health: reducing high blood pressure, mitigating anxiety and reducing the risk of heart disease in humans. And, according to leading pet researcher Dr June Nicolls, owning a cat might even make you more attractive to the opposite sex. So, it’s a win-win for everyone.

McHugh says the coffee shop and wine bar attached to the cat lounge will be designed as a comfortable inviting space and is likely to feature a combination of both modern and vintage items.

In terms of food and beverage offerings, she says she’ll seek out socially responsible and local products, including locally roasted coffee. Soft drinks will include sodas from Twig’s Beverage, a small family owned company based in McHugh’s hometown of Shawano, Wisconsin.

"They’ve been around since the 1950s," says McHugh. "And we’ll carry the original Sun Drop soda that’s still bottled in Shawano and isn’t currently available in the Milwaukee area."

Meanwhile, the food menu will contain both vegan and gluten-free options, notes McHugh, with a variety of items, including baked goods, coming from local purveyors.

McHugh has obtained financing for the cafe, as well as business support through the Wisconsin Women’s Business Initiative Corporation (WWBIC), and she anticipates plans will move forward quickly once she’s signed a lease on a space.

"Since this will be the first cafe in the city," McHugh notes. "We’re looking at places that are accessible to a variety of neighborhoods. It will be all about the experience, a destination for cat lovers, cat-owners and those who might love cats but aren’t able to have one of their own. It’s a great way for folks to get their kitty fix … without the commitment."