Smax is the name of the new restaurant, which was launched by Maddie Irle and J.D. Vanstockhausen. And it's a concept that brings creative boxed lunch options – including sandwiches, salads and bowls – to the Downtown area.

The two partners are no strangers to the hospitality industry. Both have worked at numerous area restaurants and bars. Vanstockhausen, who is behind the creative sandwich combinations offered at Smax, has also made a name for himself with the release of his Gunpowder Seasoning, an all-purpose blend which appears on the menus at various East Side restaurants, including the new Pete’s Pub at 1234 E. Brady St.

The business, which was originally conceived as a food truck concept, evolved as the partners were seeking out a commissary kitchen. When they looked into the kitchen in the Jefferson building and realized that the food court offered the opportunity for a year-round lunch business, they pivoted their model, opting to launch a brick and mortar first, with their food truck on stand-by for catering and events. 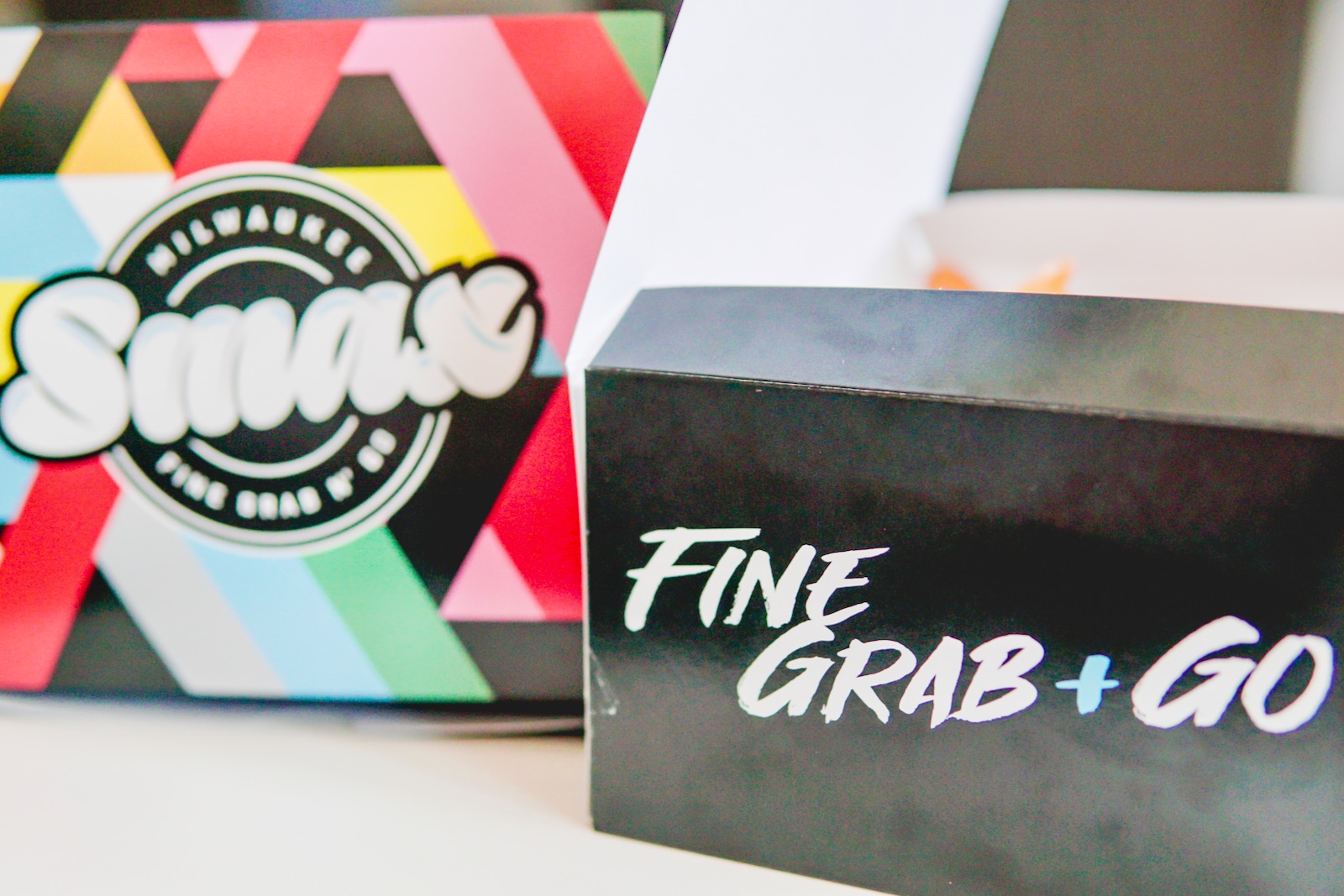 Inside your Smax Box

From there, it’s about adding the good stuff, including options like 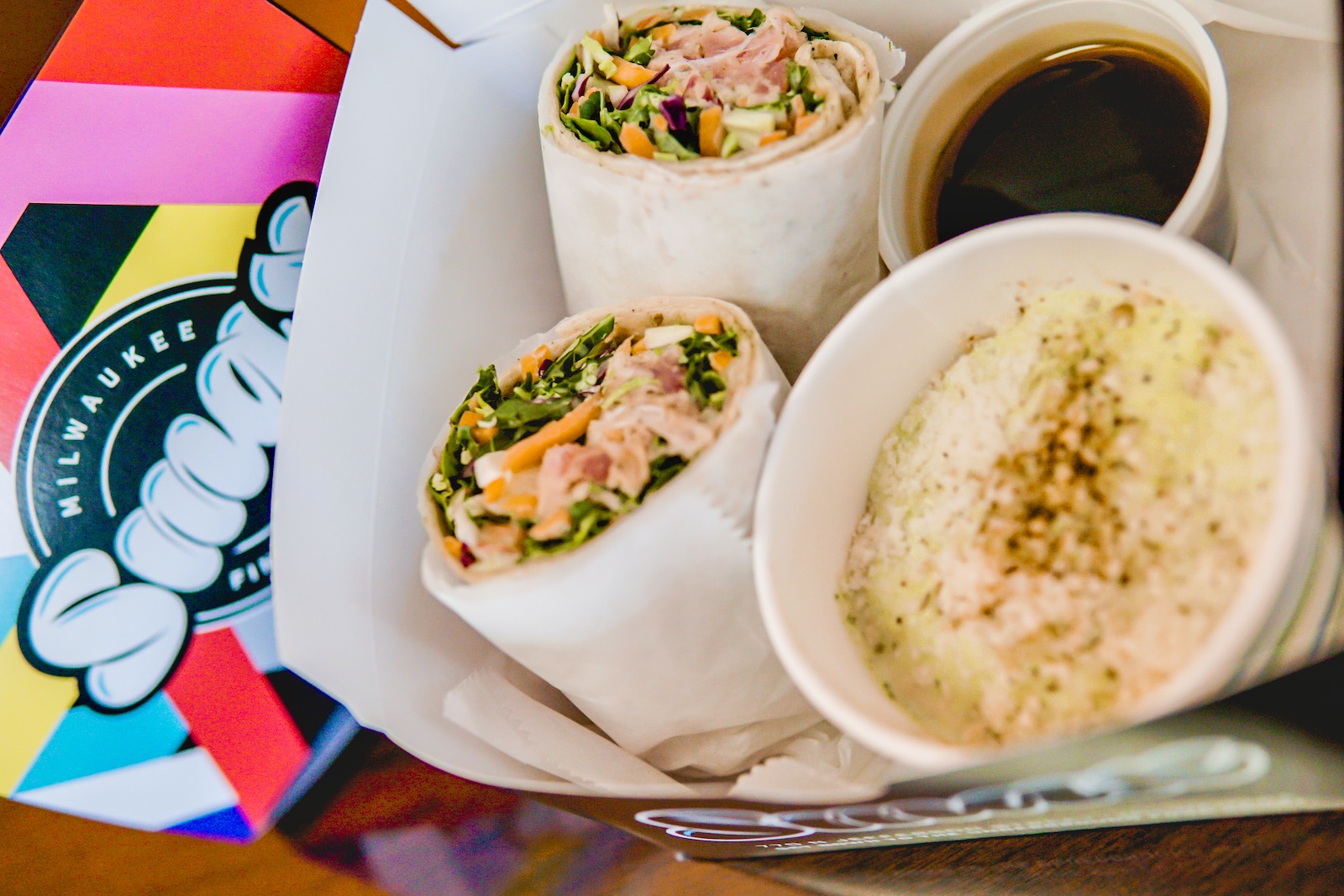 If you choose, you can upgrade your side for $3. Choices include the soup of the day, vegetables of the day or Smax Basement Corn, a twist on elote featuring fire roasted corn, chimichurri mayo and parmesan cheese.

And – if you have a dog – be sure to ask Smax Scraps housemade dog treats, which are also available for carry-out.

Irle says he expects the menu to expand in the coming weeks. Seasonal menu changes are also part of the plan.

Smax is currently open on Thursday and Friday from 11 a.m. to 2 p.m. But hours will expand as demand for Downtown lunches increases. Catering is also available.