OnMilwaukee gave this newbie a nosh and found it to be, like all Girl Scout Cookies, deliciously and dangerously addictive, but lacking in personality.

The Girl Scout Cookie turns 100 this year – the program started in 1917 in Oklahoma – and in celebration there’s a new flavor, S’mores, that joins old-time faves like Thin Mints, Shortbreads and Caramel deLites.

The Girl Scout S'mores is a graham cracker cookie dipped in a thin layer of cream icing that represents "marshmallow" and covered in chocolate.

There are actually two versions of this cookie because the Girl Scout councils contract more than one baker. Another version of S'mores features chocolate graham crackers with middle layers of marshmallow and fudge.

Because the bakers get to name their cookie, certain Girl Scout cookies have two names: Shortbread cookies are also known as Trefoils, and Samoas also go by Caramel deLites.

But back to S’mores. OnMilwaukee gave this newbie a nosh and found it to be, like all Girl Scout Cookies, deliciously and dangerously addictive, but lacking in personality.

Whether or not you actually like the real campfire dessert doesn’t really matter. The cookie version is only vaguely s’more-esque. It’s mostly about the chocolate (that same glorious Thin Mint chocolate coating) and Graham crackers. The white icing has hints of marshmallow flavor, but only in the aftertaste. I admit I was hoping for more goo. 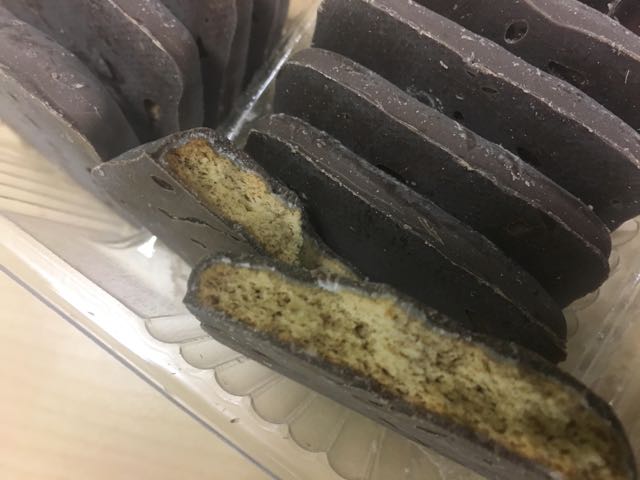 Although more recently introduced Girl Scout cookies – particularly Lemonades – are super tasty, they will never have the appeal of the classic flavors, simply because they lack the one ingredient that's required from those of us who grew up eating and selling them: nostalgia.

One of the best parts of eating these cookies with coworkers, however, was talking about real campfire s'mores and whether or not a marshmallow should be torched over a flame until it's covered in a black papery film or carefully warmed at a distance to create a tan, bubbly exterior.

Girl Scout cookies will be for sale at local grocery stores and other locations from Feb. 24 to March 31.