The East Side's worst-kept secret is out: Snack Boys is moving to Hotel Foster

Yes, Milwaukee. The rumors are true. Snack Boys is moving. John Revord and Mitch Ciohon are dishing up all the snackable details.

That’s the building which formerly housed Hotel Foster, the Prohibition-era, hotel lobby-themed bar which observed a five-year run at the site before closing in August 2016.

Moving even the most established of businesses to a new location can be risky. But if anyone has the knack for doing so successfully it’s John Revord, who took the plunge and successfully moved his beloved Boone & Crockett bar from Bay View to the Harbor District in 2018.

"We’ve had a loyal, fervent crowd who’s been really, really good to us," Revord notes. "And Walker’s Point has been an awesome place to be. But operationally, we’ve outgrown the space," he says. "This is a real opportunity to take the brand and expand it in a way that really gives us room to breathe." 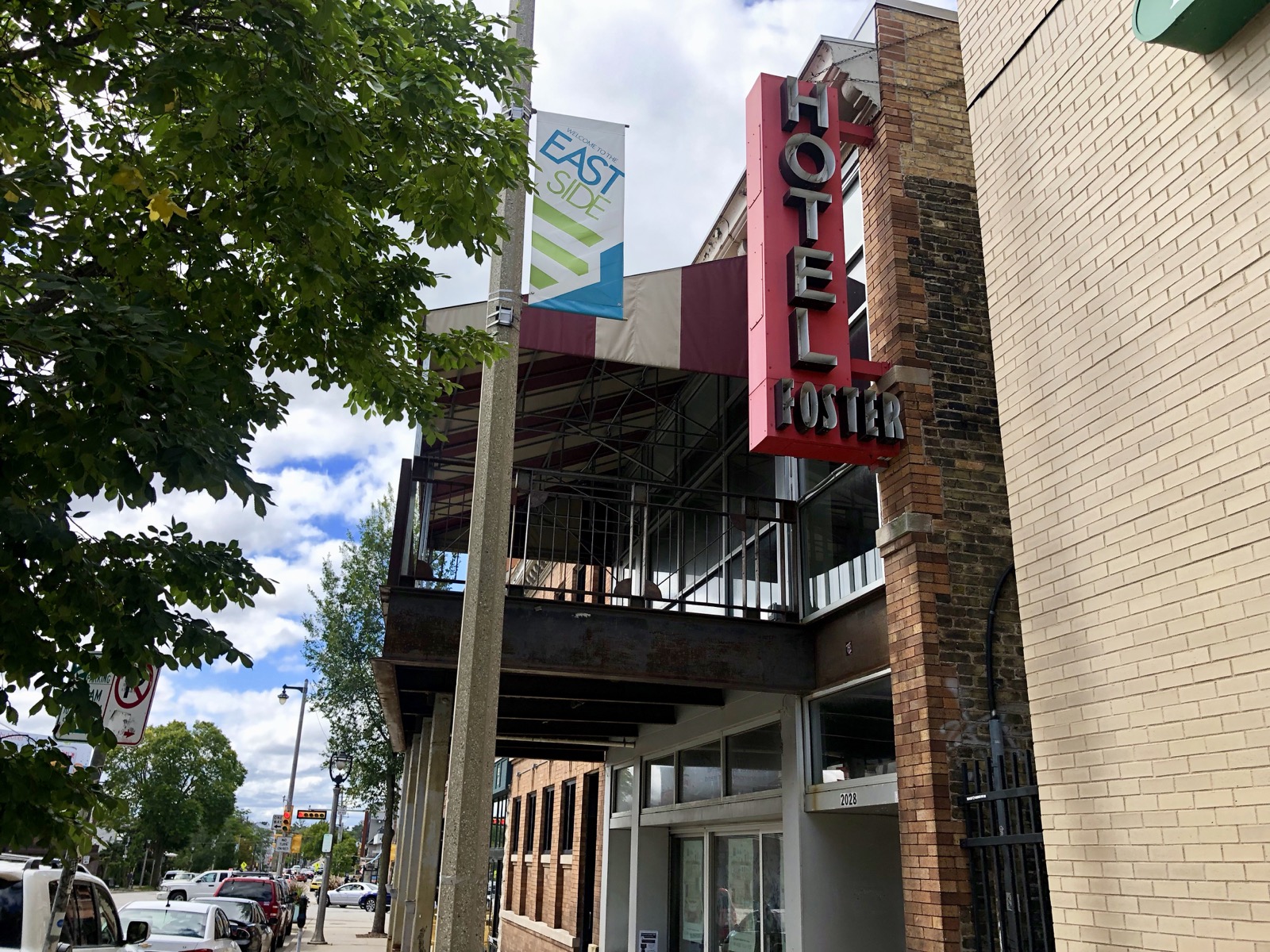 "I was at the stoplight next to Hotel Foster last spring," says Revord. "I saw that the sign was still there, and I wanted to add it to our collection. So I called them and offered to pay to remove the sign. And they said: ‘We’ve got a better idea. Start a bar and restaurant here and you can have the sign for free.’"

Revord says his interest was piqued, but he says that – at the time – he and partner Mitch Ciohon were personally and financially tapped out.

"We’d just reopened Boone and The Cooperage," he says. "And we just didn’t have it in us. We’re used to working on our own. Everything we have done, we’ve done without investors. And until we bought the building for the new Boone, we’d worked everything out without relying on banks and loans."

But after an exploratory meeting, coordinated by Kevin Schmoldt of Newmark Knight Frank, Revord says he was sold.

"For the first time, I began to see a feasible way to work with a developer on the project. Joshua Jeffers understood our vision, and made us excited about the potential to work with him. Now, months later, he has very much become an honorary Snack Boy."

Jeffers, who purchased the building in 2018 says that he couldn’t be more pleased to work with Ciohon and Revord on the new project.

"Real estate development is generally two things," Jeffers says. "It’s very numbers driven, very quantitative. But there’s another part of it that’s extremely creative. We tend to take on these really decrepit buildings that are past their prime, and really bring them back to life. And that’s exactly what we’re doing here. We’ve had a tremendous amount of interest from people in walks of life to lease the space, but no one really seemed to have a concept that matched our vision.

"When we met with John and Mitch, I saw that they approach their business in the same way. They’ve done this for a long time. But they’re such creatives. You walk into Snack Boys and you can see that. And so the conversation really became: how can we help each other out?

"What I love about the concept is that I think it will be a really complementary concept to Hacienda Beer Co. next door," adds Jeffers. "They make their own beer, and that’s what they serve; so it’s great to have a business next door that’s complimenting that with cocktails and an entirely different menu. I also think there’s really a great relationship between John McMahon, the owner of Hacienda, and Mitch and John, so it sounds like the two businesses will be working together in some really creative ways."

It’s a sentiment echoed by Revord, who says the development along the North Avenue corridor made it an ideal place for the relocation. 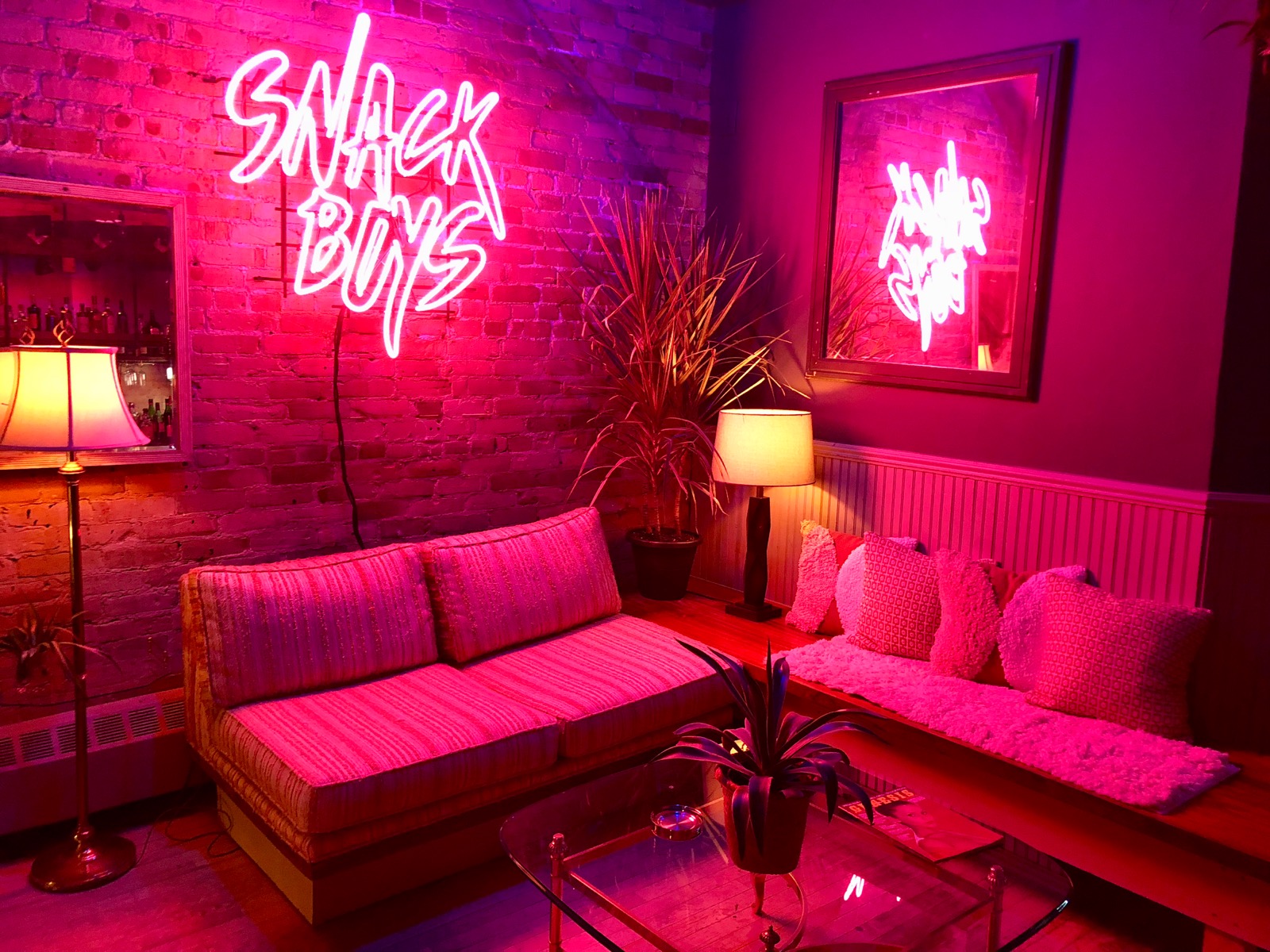 More snacks for everyone

Wondering what will change at the East Side location? Everything, says Revord … and nothing.

"Our vision for the restaurant hasn’t changed," he says. "But after a year, we realized that Snack Boys was not a good fit for that building. We were limited in so many ways. Moving to a larger space, with a larger kitchen gives us the freedom to make Snack Boys into everything it was meant to be."

The Snack Boys vibe will remain largely the same, from its look and feel to its playful menu of single-serving snacks. But there will be more of all of it for guests to enjoy.

"The architecture of the building will very much be a decor element," he says. "The decor we currently have at Snack Boys will transfer over. But we’ll be able to execute in a space that really works for our flow."

A larger kitchen will also give the staff freedom to execute more of what guests love.

"The elevated specials that are really great … we want to give people more of that," notes Chef Mitch Ciohon. "Right now we’re just limited by the size of the kitchen and the amount of storage space we have. For example, people really love our sticky-ass ribs. But, the process is such that one batch takes up almost a quarter of the space in our cooler."

The new kitchen will also allow them to expand on popular offerings like the Snack Boys pizza night.

"Kyle [Sartorelli] can’t pre-prep enough pizza for pizza night. Plus he’s a genius breadmaker, and we’d love to take advantage of that. We just can’t let him do his thing because we don’t have the space."

Ciohon says the plan includes the addition of both a happy hour and late night menu.

Guests can also look forward to the return of slushies, an offering which was limited by the electrical limitations at the bar in Walker’s Point.

With the move, Ciohon and Revord will also bring on Chef de Cuisine Eamonn Keyes and Bar Manager Stephen (Steve) Landish as equal partners in the business.

"We could not have opened Snack Boys and Boone and the Cooperage without them," notes Revord. "We gave them a lot of responsibility and ran with it. They understood our vision, what we wanted, and they made it happen. In fact, they’ve very much become the face of the operation."

Revord says he feels confident the move will result in an even better rendition of Snack Boys.

"I learned so many lessons working at Hotel Foster that assisted us in opening Boone," says Revord. "And Mitch brings his experience working in restaurants. So we really have everything we need to make this operate smoothly."

Revord says the goal is to complete the necessary renovations in time to open before New Year’s Eve. In the meantime, Snack Boys will remain open in Walker’s Point, closing for about a week later this year to accommodate the move.

And yes, there’s more intrigue to come. Revord says they intend to keep their lease on the Walker’s Point building.

"We have an awesome concept that we’ve been developing for a while." Revord says, noting that they’ll spill the beans on the new project in the months ahead.

Watch for more details on both Snack Boys and the new venue coming to Walker’s Point as they become available.