There are time when leaving your expectations at the door is entirely the right protocol. Such will be the case at the forthcoming Snack Boys, a restaurant expected to open in the former All Purpose space at 814 S. 2nd St. sometime in mid-to-late December.

There are times when leaving your expectations at the door is entirely the right protocol. Such will be the case at Snack Boys, the bar and restaurant expected to open in the former AP Bar & Kitchen at 814 S. 2nd St. sometime in mid-to-late December.

The restaurant is spearheaded by industry veterans John Revord and Chef Mitch Ciohon of Boone & Crockett and Gypsy Taco along with Chef Shay Linkus, formerly of The Vanguard. And, in their deft hands, the new eatery promises to offer creative, well-executed dishes and drinks in a lighthearted, jovial atmosphere. 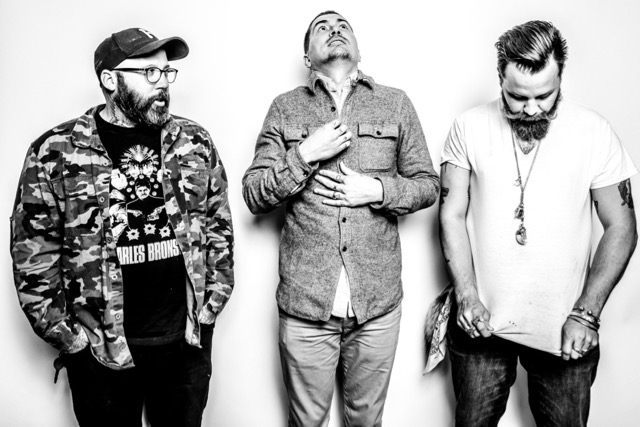 Well, maybe lighthearted is an understatement. After all, the focal point of the restaurant will be a huge mural created by the folks at RevPop depicting an iconic naked cigar-smoking Burt Reynolds sexily sprawled on a bearskin rug.

"There’s no place in the restaurant where you won’t be able to see Burt’s nude body," says Revord, who says that the newly painted slate grey walls will be accented by a whimsical shade called "kissable pink," and that there will be an homage to Dolly Parton in the men's room.

"AP was awesome for what it was," he says. "Very nice, quiet, fine dining. And we’re going the opposite of that." 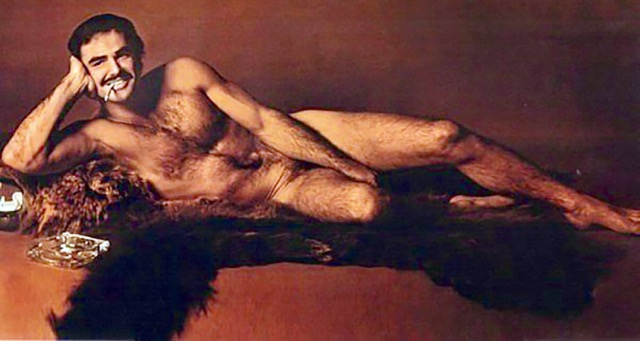 The partners admit it won’t be a restaurant for everyone. However, for diners who have the open-mindedness to embrace the signature quirkiness for which all three partners are known, the new fun-loving venue is likely to be a breath of fresh air.

After all, these aren’t just any cooks in the kitchen. Revord has years of experience designing craft cocktail menus. Meanwhile Ciohon and Linkus have experience at spots like Beta by Sabor (a Downtown small plates restaurant that was ahead of its time in terms of creatively executed dishes) and Odd Duck (the Bay View restaurant that took off in large part due to the ingenuity of the team of chefs in the kitchen).

"This is an opportunity for us to remind people that me and Shay aren’t just sausage and taco guys," says Ciohon. "Don't get me wrong, that’s my bread and butter, and it’s a thing I totally get behind. But, I miss Beta every single day. And every day Facebook reminds me of the dishes I cooked seven years ago. In a roundabout way, those flavor profiles will be part of the menu."

Linkus agrees, noting that he's always been the sort of chef who follows his natural curiosity. "There’s so much room here to be creative. We’re all to the point in our careers where we’ve done all of this before. We’ve made mistakes and we’ve figured out what works. I don’t need a good review. I don’t need Michelin stars. This is about cooking food that’s fun and delicious. And I really miss cooking … with pans," he adds with a smirk.

That creativity will come in the form of a menu filled with 10 to 15 affordably priced eclectic single-serving dishes (snacks) like fried Brussels sprouts, scallops and other nibbles that can be ordered in countless combinations to create the equivalent of an entree. Ciohon notes there may also be a few shareable items, like fondue.

"I’ve been playing with this idea of oxtail crépinettes served in an onion demi with Gruyere," Linkus says. "It will look like French onion soup, but when you dig in, you’ll find the crépinettes."

A raw bar will allow diners to pick and choose from a selection of items including oysters, peel and eat shrimp, crab legs and seasonal items like stone crab or tuna poke. There could well be creatively delicious options like one of Ciohon’s favorite snacks, fresh uni and potato chips.

Sparkly tipples and rose all day

On the beverage side, Revord says the menu will include "simple, delicious, well planned drinks," including a rotating list of draft cocktails that don’t take themselves too seriously.

"We are definitely not doing tiki," he says. "But I love shitty boat drinks. At Boone & Crockett we’ve sort of pigeon-holed ourselves with the craft cocktails. Here, if we want to build a drink with umbrellas and sparkles, that’s totally what we’re going to do."

And that sparkly drink may well be a fun slushified take on the Malibu Bay Breeze, one of Linkus’s favorite sippers. There will also be beer, available both in cans and bottles, along with "Fancy Forties," a tongue-in-cheek take on bottle service.

"The wine menu will be horribly accessible," says Linkus. "A lot of rose, gamay, ferments … loads of pink wine. And lots of Eastern European orange wines."

Inspired by the Canadians

The whole concept, Revord says, is based on inspiration he and Ciohon have gleaned from road trips together, particularly from restaurants in Toronto where the concept of "snack bars" has taken the scene by storm.

The genre, which hasn’t yet infiltrated the U.S., is generally composed of eateries where convivial diners gather to enjoy drinks and an assemblage of finger foods – think pinxtos and cicchetti – rather than composed entrees, and where it’s reasonable to grab a bite at any time of the day, including those peckish hours both before and after the traditional dinner hour.

"We’ve had this idea on the back burner for years," notes Revord, "But we’ve been too busy to really think about executing it."

Things changed when he heard that Justin Anthony [of AP Bar & Grill] was thinking of leaving Milwaukee to pursue other interests. "Every space we’ve found so far has always found us…in this freaky hippy fate sort of way" Revord explains. "And that’s what happened here. Days later, we called Shay, and started talking about partnering on the concept."

"There’s nothing people can compare this to," he adds. "Our entire concept is seriously not serious. We’ve jokingly used the tagline highbrow food for lowbrow folks. It’s a place where your average joe can come by and eat phenomenal grub. And, in the end, people will just have to come and check it out."