The ribbon has been cut at the new San Giorgio Pizzeria Napoletana, a passion project spearheaded by the Calderone Club's Gino Fazzari. The new restaurant will be the first VPN certified pizzeria in Milwaukee and one of only four in the state.

The ribbon has been cut at the new San Giorgio Pizzeria Napoletana, a passion project spearheaded by the Calderone Club’s Gino Fazzari.

The restaurant, which is located in the former Thai Palace at 838 N. Old World 3rd St., hosted soft openings this week. Although a date has not yet been set, Fazzari predicts he’ll open the doors to the public sometime next week.

In the meantime, we had the opportunity to take a peek at the space and try a few of the items on the San Giorgio menu, which includes appetizers, soups and salads, panini and – the star of the show – Neapolitan style pizza. 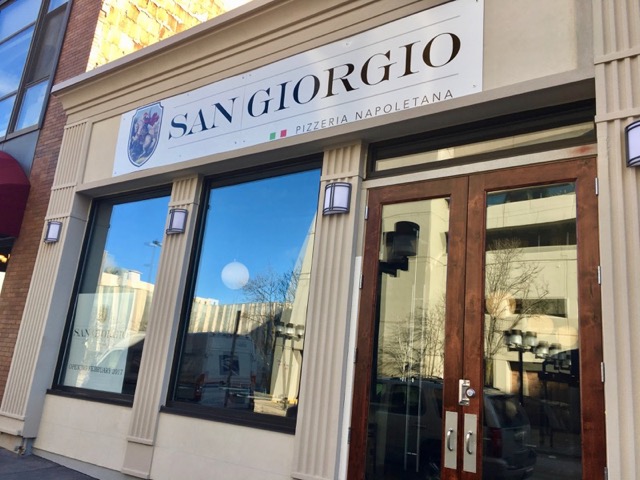 San Giorgio is on the cusp of attaining its Vera Pizza Napoletano certification, an honorable designation which verifies adherence to traditional methods for producing authentic Neapolitan style pizza. Such certification requires that the pizza be made in accordance with a number of specifications, including ingredients, type of oven, baking temperature and the characteristics of the end product. 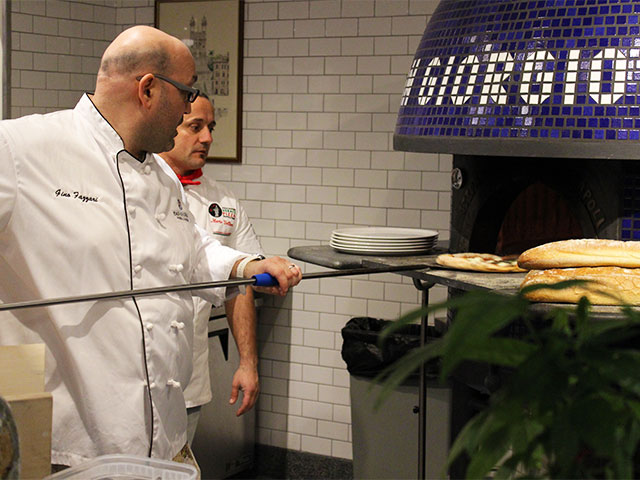 According to the Associazione Vera Pizza Napoletana guidelines, "The consistency of the pizza should be soft, elastic and easy to manipulate and fold. The center should be particularly soft to the touch and the taste and appearance of the pizza must be evidenced by the red color of the tomato.

San Giorgio will be the only VPN certified restaurant in Milwaukee, and one of only four in the state of Wisconsin (including Il Ritrovo and Harry’s Prohibition Bistro in Sheboygan and Naples 15 in Madison).

The restaurant, which possesses a classic modern feel, features stark white walls set against Cream City brick and exposed wood ceilings. Seating is available at the long marble-topped bar or at a variety of both high- and low-top tables. 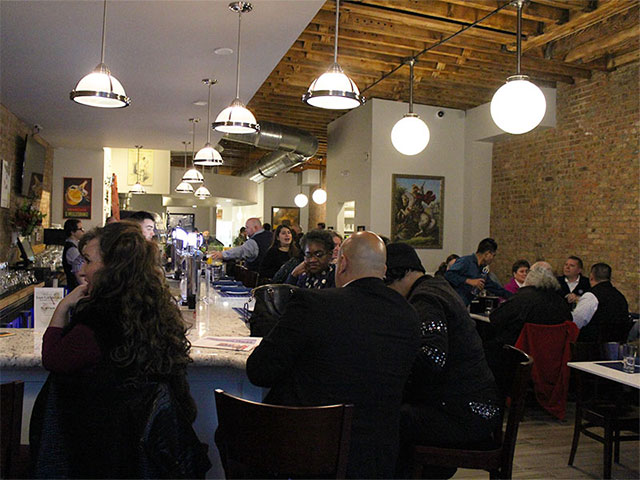 Ten seats along the pizza counter allows customers a view of the lovely cobalt blue pizza oven and the pizzaiolo at work. 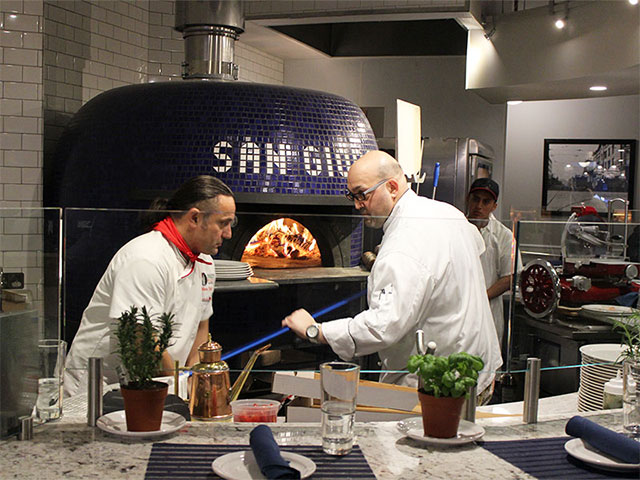 A full bar features cocktails and 13 draft lines featuring Italian classics like Peroni and Birra Moretti, along with a variety of Wisconsin craft beers. Meanwhile, the moderately priced wine list focuses on varietals from regions across Italy. 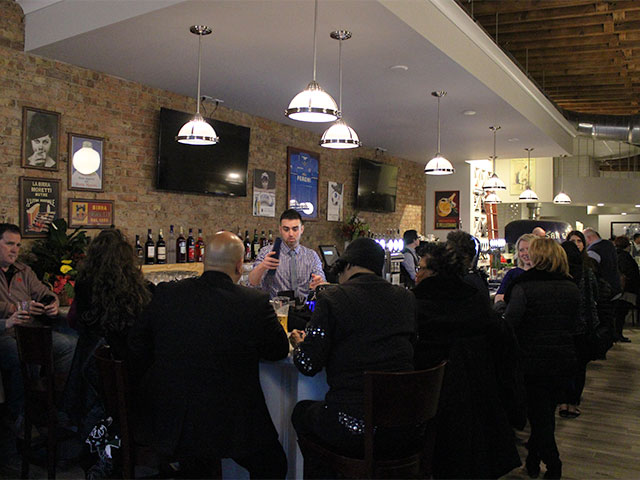 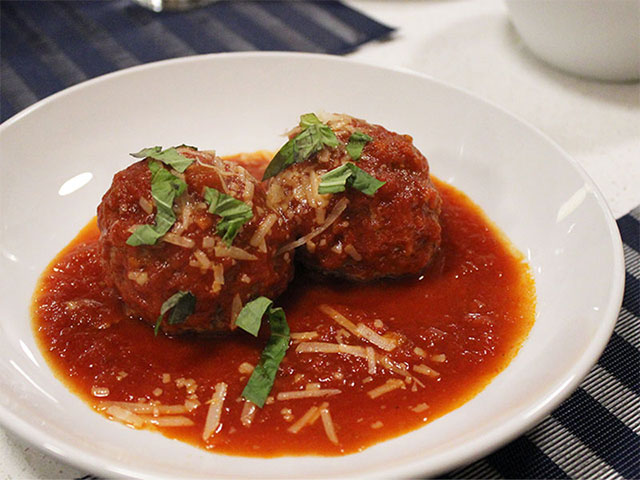 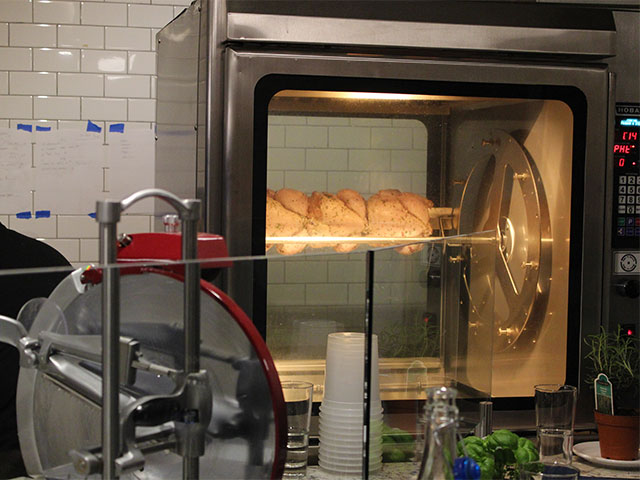 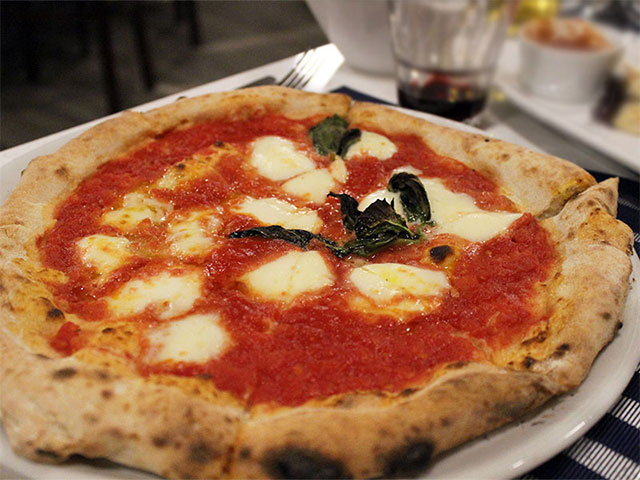 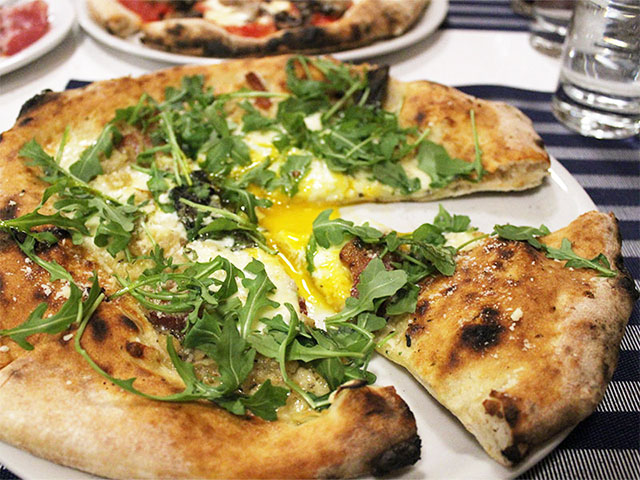 Among the short list of sweets with which you can complete your meal (including tiramisu, gelato, sorbetto and cannoli) is San Giorgio's Nutella calzone featuring sweet ricotta cheese and Nutella wrapped in pizza dough, baked in the wood-fired oven and served up with fresh, seasonal berries and whipped cream.

Once open, San Giorgio will be open for lunch and dinner. Proposed hours are Monday through Thursday noon to 11 p.m. and Friday and Saturday from noon to midnight.