Carnevor is moving. The redesign will capture the hip, experiential Jurassic vibe for which Carnevor has long been known, while providing a dynamic visual elements that offer up variable experiences.

There’s often so much wrapped up in both a restaurant's name and its physical space.

Such is the case with Milwaukee’s Carnevor Steakhouse Moderne, which will move into a new location at 718 N. Milwaukee St., the former site of Umami Moto.

The move, which was prompted by a failure to agree on terms with the landlord on the current space at 724 N. Milwaukee St., is a mixed blessing, says SURG co-owner Omar Shaikh. 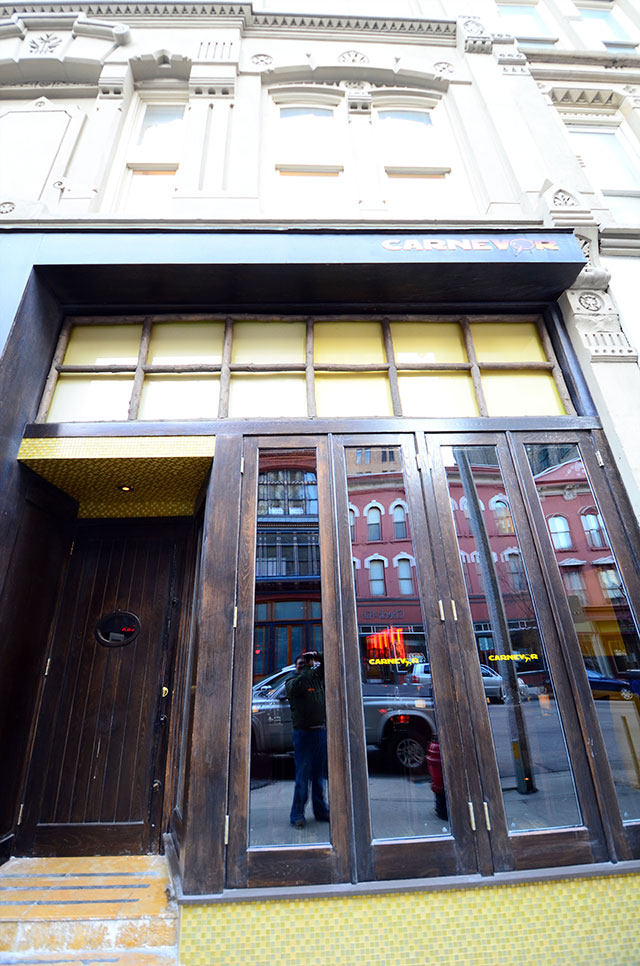 "We really didn’t want to move Carnevor, let alone during this particular time of the year," he says. "But, the advantage is that we’re able to redesign the restaurant space, giving it a needed update, without the need for an extended closure."

For the past decade, the restaurant has delivered spot-on service along with a menu of high end wet and dry aged USDA prime steaks and a variety of high-end entrees. But, a refresh was in order. So, SURG hired the Milwaukee restaurant design rockstars at Flux to give the new space a brand new look.

"We want people to walk into the space and recognize it as Carnevor, but also to stop and say ‘Whoa!’ at the same time," says Shaikh. "This remodel is really about the evolution of Carnevor, taking it to a new level, while still maintaining the elements that everyone knows and loves about it."

The redesign will effectively capture the hip, experiential Jurassic vibe for which Carnevor has long been known, while providing a dynamic visual elements that offer up variable experiences, depending on where diners are seated.

"From a managerial standpoint, you can also see the entire restaurant no matter where you stand," notes Shaikh. "So, we’ll be able to provide more intuitive service for diners sitting in the dining room."

As for the design, it's promises to be transformational.

"We’re creating the illusion of an experience somewhere else," says Jeremy Shamrowicz, owner and creative director of Flux Design. "It’s a place created with visual queues that diners will create based on their own experiences and cultural capital."

The space, he elaborates, will incorporate design elements that equal the quality of both the food and service that Carnevor provides, while simultaneously creating questions in the diners’ minds: What is that? Could it be? Why didn’t I notice that before? 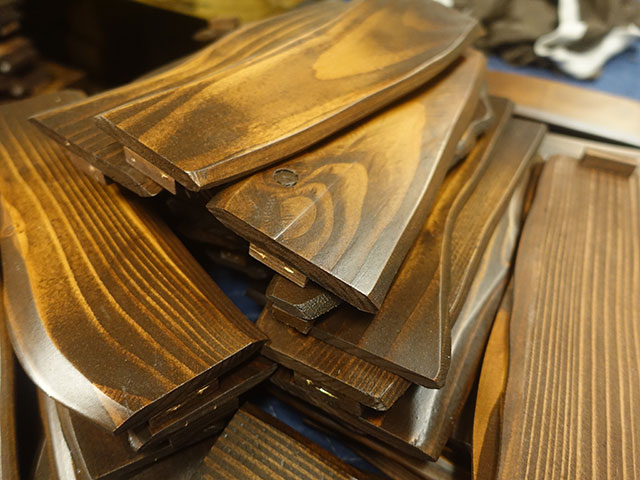 "We’re pulling in visuals like chevrons, scales (or honeycombs), stone and wood," he explains. "The placement of the objects will work together to provide shadow-play, various shapes and objects which capture light and allow it to move through the patterns to create new patterns and visuals."

The experience begins as diners walk through the front door. A grand entryway will incorporate a number of natural elements, including stained wooden sticks, which will be designed to create both depth and visual interest as customers enter the restaurant. Further into the space, reflective panels along the walls will mimic the look of honeycombs, or as some may interpret them, reptilian scales. 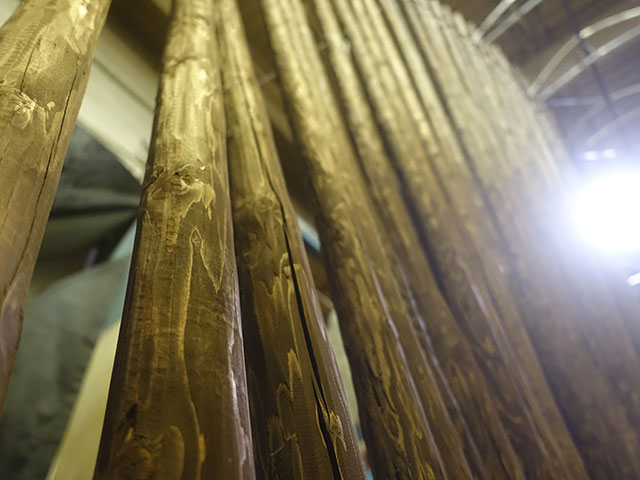 A journey to the northern section of the dining room will reveal decor in dark natural tones, augmented with the strategic use of light to create visual interest.

"We’re using a series of reclaimed Wisconsin materials in randomized shapes that are placed into a multi-dimensional geometric pattern," says Shamrowicz. "That combined with lighting that mimics torches will create a space that’s slightly different as you look at it from different areas in the room." 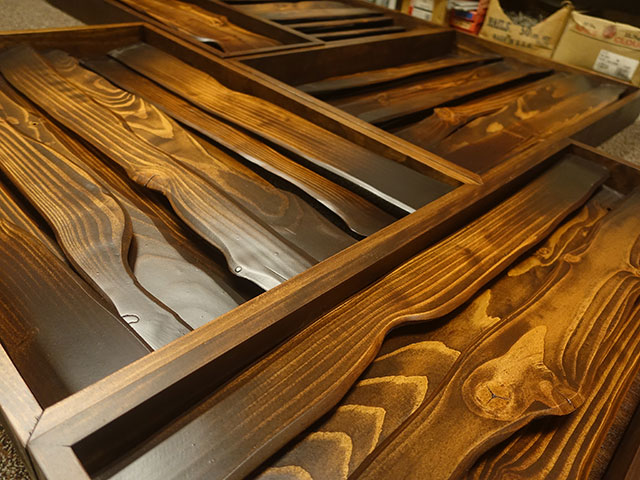 
Moving to the south, the design is more about changing the scale of experience.

"There will be a wall made from textural stone," Shamrowicz notes, "And large industrial plate forms on the walls will support arching ribcage-like structures – which we redesigned based on elements in the former space – that pull in a primal, Jurassic element."

A central bar area will form both a semi-private space that’s simultaneously enclosed, yet open to the rest of the restaurant.

"We’re trying to give bar patrons a sense of intimacy where they can feel comfortable chatting, even with other diners sitting nearby," notes Shamrowicz. "We’ll be using a chevron motif to radically change the experience from one room to the next, enclosing the bar area while still making it a part of the rest of the space." 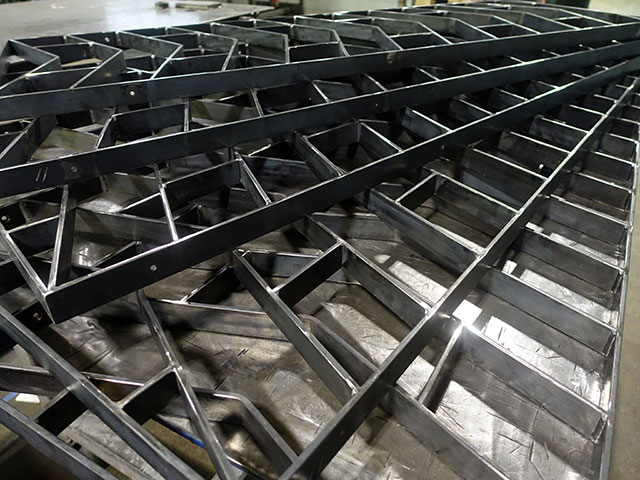 Meanwhile, an exclusive dining space will evoke the feeling of a caged area.

"The concept lies somewhere between a bird and dinosaur cage," says Shamrowicz. "The color palette changes in the area, and we’ll be introducing decorative wall finishes in natural tones presented with a bit of shimmer, along with elements from every other space in the restaurant – from stone, wood, chevron patterns and honeycomb shapes."

Ultimately, the space will be hauntingly familiar, yet provocatively different.

"The former restaurant had elements that people remember: ribs, walls and sticks," notes Shamrowicz, "But, we’re using them in an entirely new way. The goal really is that, in the new Carnevor, there won’t be a bad seat in the house."

Although a date has not yet been set for the full transition, Shaikh says Carnevor's move into the new space is on the docket to happen soon. Watch OnMilwaukee for more details as they develop.