Thanks to an invitation-only preview dinner, we've got a sneak peek at some dishes from Tre Rivali, the new Mediterranean-inspired restaurant which opens this summer in the Kimpton Journeyman in the Third Ward.

If you've been wondering about Tre Rivali, the new Mediterranean-inspired restaurant which is expected to open this June in the new Kimpton Journeyman hotel, we're not shy about saying that we have been, too.

But thanks to a private preview dinner held at Amilinda on Monday evening, we now have a better idea of what to expect from Chef Heather Terhune and her crew: mainly fresh, Mediterranean-inspired dishes with lots of flavor.

Here's a sampling of what you can look forward to at Tre Rivali.

Seafood will be a feature at the new restaurant. And that includes crudo (raw) selections like thinly sliced scallops with pink grapefruit, Calabrian chilies and mint. 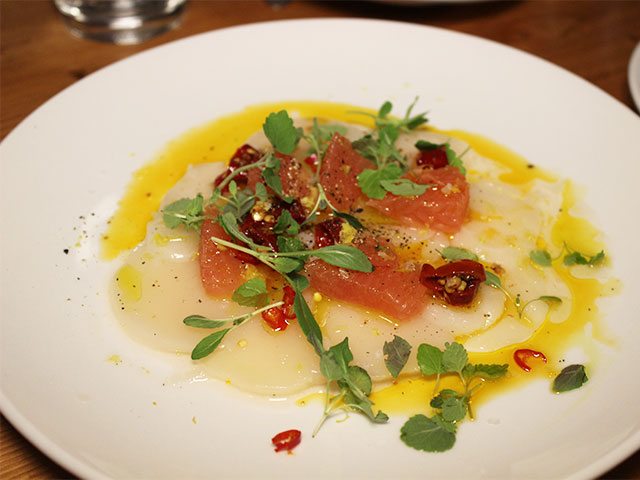 There will also be dishes like tender, olive oil-braised octopus, which will be charred in the restaurant's wood-fired oven (a feature which will also allow the restaurant to serve wood-fired pizza at both Tre Rivali and The Outsider), served atop herbal salsa verde with preserved lemons. 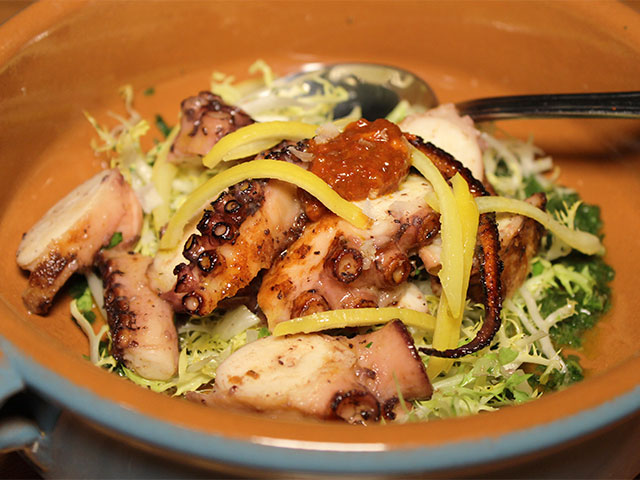 Fresh selections will include simple salads, like this one – which Terhune calls her "anti-Caesar" – featuring shaved celery and escarole dressed with white anchovies, marcona almonds and lemon juice. 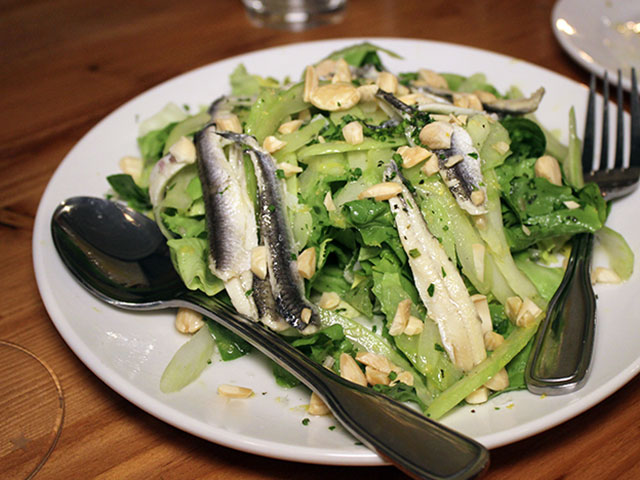 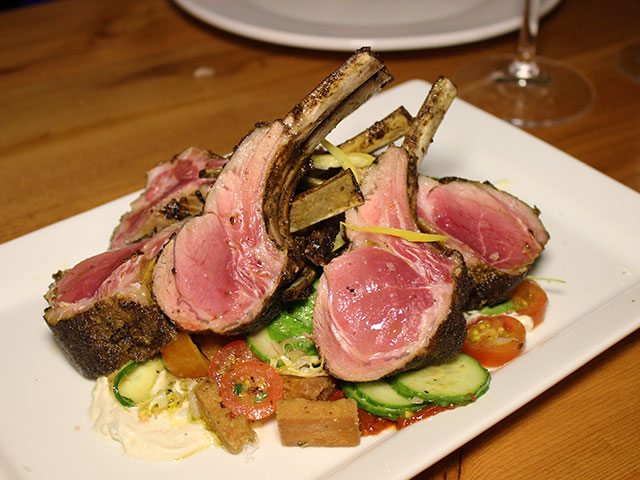 Freshly made pasta will be a feature at the restaurant, which will showcase an open kitchen that will give diners a bird's eye view of the process. The pasta will be served alongside housemade sauces like this braised pork neck ragout with ricotta salata. 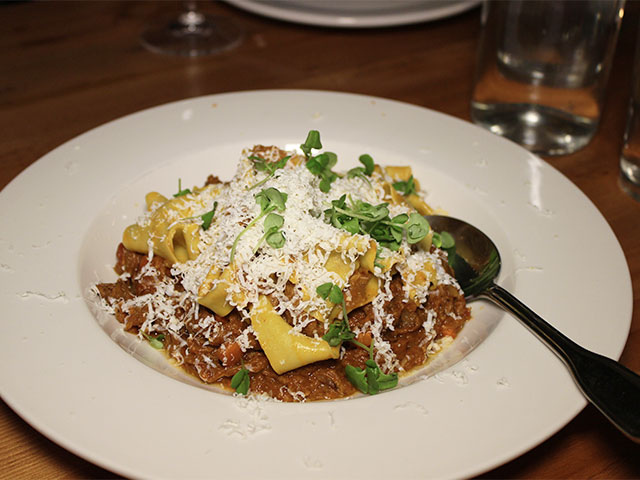 Wood-grilled seafood is another option that will grace the Tre Rivali menu. This whole branzino features a coriander crust with gazpacho relish and roasted fingerling potatoes. 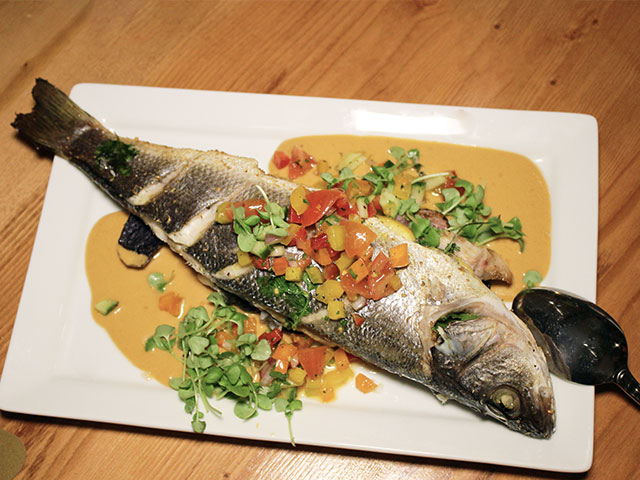 There will be no shortage of ways to allay your sweet tooth at Tre Rivali. We sampled two desserts during the preview. The first was a rich butterscotch budino (pudding) with rosemary shortbread. 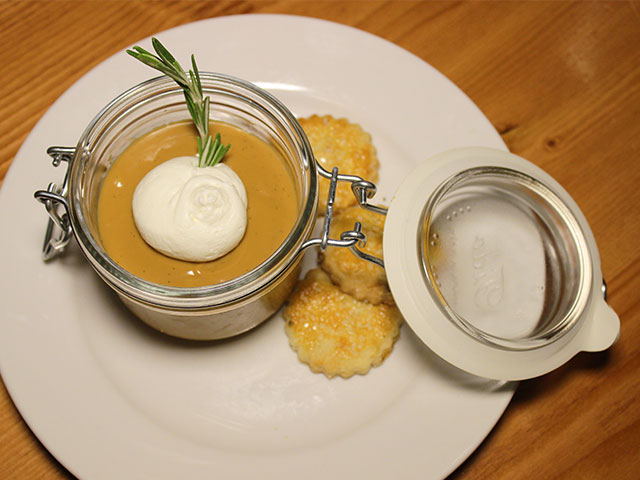 The second was a tender chocolate torte topped with rum sabayon and shaved chocolate. 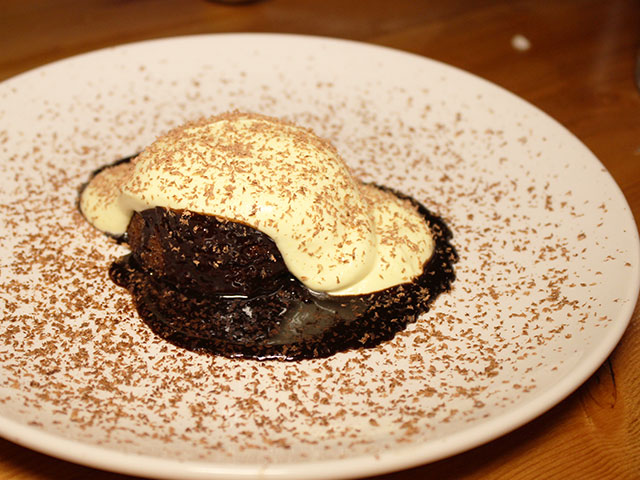 A date has not yet been set for the opening of Tre Rivali and The Outsider, though the goal appears to be to get the doors open before Summerfest, if possible. Watch OnMilwaukee for additional details about the new restaurant and bar as they develop.