Fronted by the ageless (kind of) Mike Ness, that clean, stripped-down SoCal punk rock was back for another one of it's semi-regular Big Gig gigs. Just like the last time I saw the group at Summerfest a few years ago, it wasn't as loud as that show in 1992, but it was still distinctly Social D.

Social Distortion holds my personal record for the loudest concert I’ve ever heard. That was back at the end of high school at a club in Providence. I remember the volume felt like wind, and ironically, the sound was free of, well, distortion.

Flash forward to Friday night at Summerfest. Fronted by the ageless Mike Ness (kind of, kind of not), that clean, stripped-down SoCal punk rock was back for another Big Gig gig. Just like the last time I saw Social D at Summerfest a few years ago, it wasn’t as loud as that show in 1992, and because of the venue, it didn’t have the crystal clear acoustics that almost literally blew me away.

But for a festival set, it sounded very tight. Much better than when they played the U.S. Cellular stage in 2011, actually, which is a credit to both the band and the amazing clarity of the Harley stage.

But don’t sell Ness and company short; for a band that’s been doing one thing very well since 1978, Social D is still really good. On one of the hottest Summerfest nights I’ve ever experienced, this sticky crowd of old punks (in the audience and on stage) happily sweated through their black T-shirts, the humid air even thicker with wafting weed smoke. 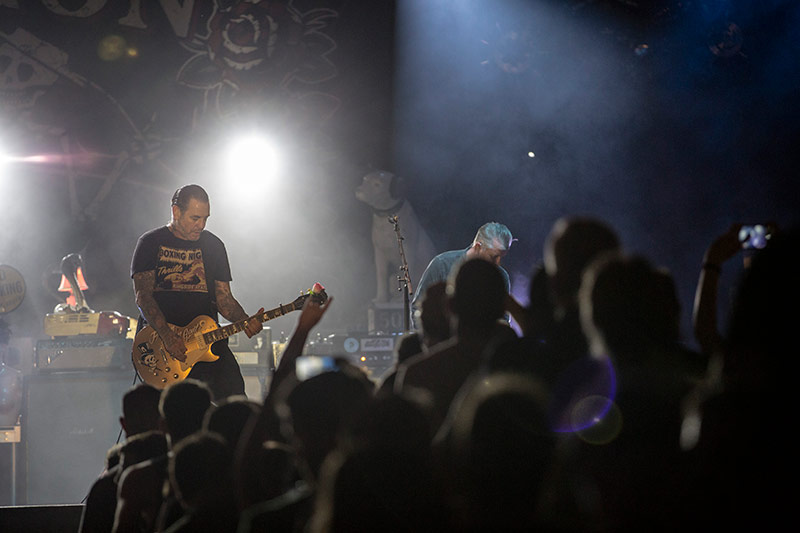 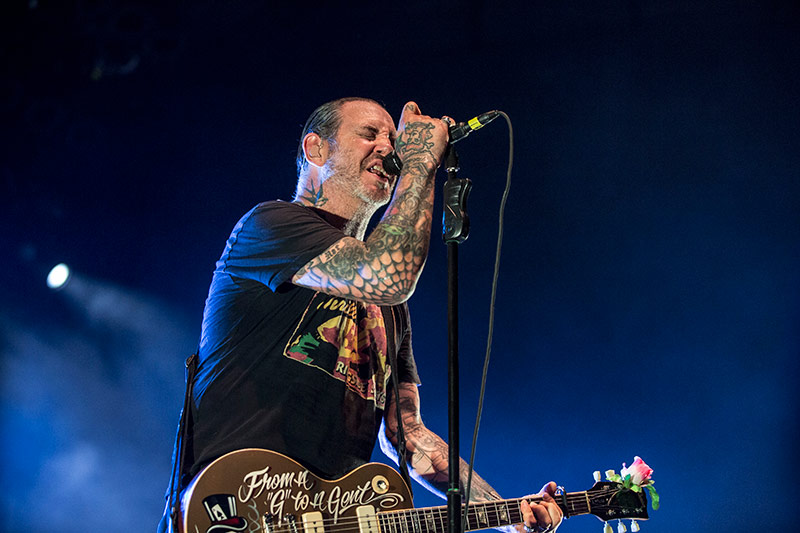 There have been a lot revolving members in this band, but Ness has been a constant, and his legendary history with substance abuse makes it all the more impractical that he still sounds the same. But he does. And he started to get chatty a third of the way in.

"It’s hot as ass!" Ness shouted, pointing at the full moon. "I’m gonna jump in that river," he said, although presumably he meant Lake Michigan.

At least he kind of remembered where he was. "You’re at a Social D show in Milwaukee, and there are a lot of beautiful people here."

The 10 p.m. show at the Harley Roadhouse provided few surprises, since Ness stuck to an almost identical 90-minute set list as the festival and club gigs he’s played lately.

But this was a crowd that came for a party, and while some didn’t perhaps know every word to all the tunes, most did, and they certainly sang along to a whole lot of ‘em, particularly during the encore, which wrapped with "Ball and Chain" and Social D’s famous cover of Johnny Cash's "Ring of Fire." 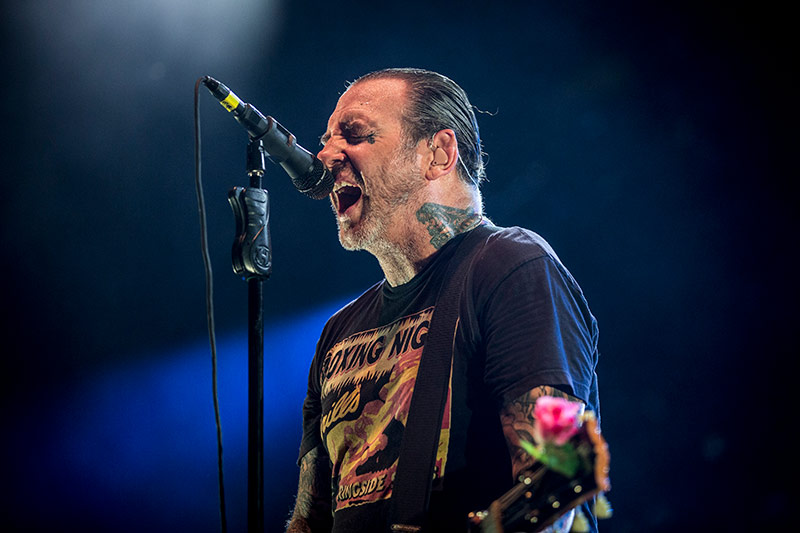 Same with 1990’s "Story of My Life," which is one of those songs that brings me back to the middle of high school, and presumably did, as well, for this crowd largely composed of 40-something white guys (like myself). This particular song sounded a little fast to me, but we were here for it. I guess we’re at that age now where it feels like an anthem from a time gone by: "I only wish the good times would last a little longer." I feel ya, Mike.

It wasn’t perfect, although it was close. I’m not quite sure why the band entered to a prerecorded "Mary Jane’s Last Dance," but Ness came out strong from the get-go. He sounded a little flat on a few notes, but by "She’s A Knockout," most kinks were ironed out. (Oddly, Ness had some monitor issues during the second-to-last song, "Ball and Chain," and took out his earpiece.)

With or without his earpiece, it’s just so cool when you really listen to Ness sing live. You hear how he was influenced by bands like the Sex Pistols, and you clearly hear how bands like Green Day were influenced by him.

More hardcore fans than me may take issue with this, but one of the reasons I like this band is because most of their songs sound mostly alike. Social D has an aura that has never strayed, and while we’re all a lot older than we were at that club show in ’92, it’s easy to be brought back to another time.

In fact, as Ness wrapped (before the four song encore) with 1994’s "Don’t Drag Me Down," he tore into Donald Trump. I was waiting to see if he’d get political, and he did. He said that song was about racism, which he never expected to be as prevalent as it still is today. "I don’t think a man without moral compass should be leading a country. F-ing small-ass fingered motherf*cker." 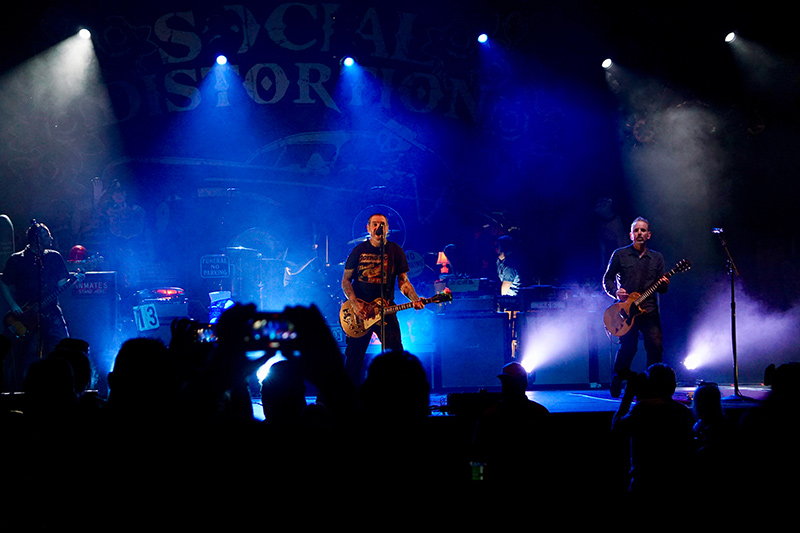 Just when you think Ness is a little addled, he came out swinging. I guess old punks can still have an edge. Even if the river he kept talking about is a lake, we Social Distortion fans will happily take what we can get.