SoulBoxer rolls out yet another iconic ready-to-drink cocktail: The Manhattan

In 2015 Milwaukee-based SoulBoxer debuted its first category-smashing ready-to-drink Brandy Old Fashioned, and this week, it'a rolling out yet another classic.

In 2015 Milwaukee-based SoulBoxer debuted its first category-smashing ready-to-drink Brandy Old Fashioned, an homage to the Wisconsin version of a classic cocktail. The bottled beverage was the first of its kind, with its success leading to the release of the SoulBoxer Bourbon Old Fashioned in 2016.

But if you thought that owners Jason Neu and Doug MacKenzie have been sitting on their laurels for the past couple of years, we’re here to confirm that they were not. Instead, they were working hard to perfect the recipe of another classic craft cocktail: The Manhattan.

The SoulBoxer Manhattan – which is made to the same exacting standards as the SoulBoxer Old Fashioneds – is manufactured locally at the Central Standard Craft Distillery production facility. And it's poised to hit the shelves of over 500 major retailers in Wisconsin, Illinois and Minnesota over the course of the coming weeks. In fact, numerous local retailers will take delivery of the new ready-to-drink bottled beverage beginning today, Tuesday, Oct. 8.

And you’ll want to get your hands on a bottle of this speak-easy favorite. 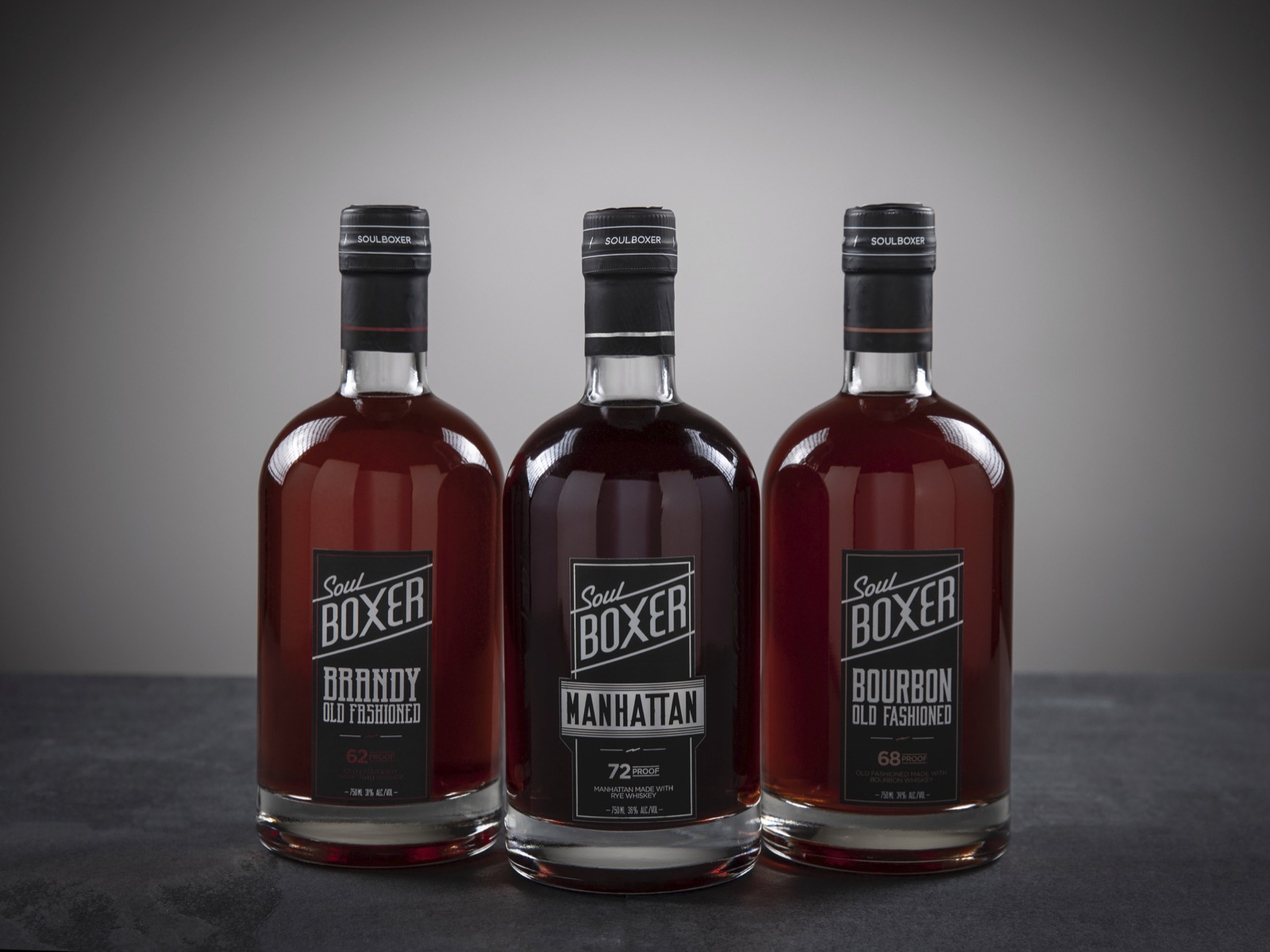 As the story goes, the original Manhattan was created in New York City in the late 1800s where it took off quickly, developing a reputation that would carry the popular drink well into the 21st century.

Unlike most cocktails, which have been tinkered with (and often updated) over time, the standard Manhattan recipe (comprised of two parts rye, one part sweet vermouth and two dashes of bitters) has weathered the test of time. In fact, a Manhattan consumed today is very much the same as those sipped around the turn of the century.

In turn, SoulBoxer is bringing a ready-to-drink version of the classic to hard-working men and women across the Midwest to enjoy in the comfort of their own homes.

Like the Manhattans of yore, SoulBoxer’s begins with a base of American rye whiskey which is balanced with sweet Spanish vermouth and brightened with Angostura bitters. All it needs is a rocks glass and maybe a twist of orange or cherry as a garnish.

Retailers throughout the Milwaukee area will have access to the new SoulBoxer release beginning  later this week. But you can get a first taste at Ray's Wine & Spirits, 8930 W. North Ave., where Neu will be sampling the new beverage for local customers.