A look at the South Division dome, a South Side icon

Today, I found myself driving past Bluemel's Garden Center, which is closed for the season, at 4930 W. Loomis Rd., and I couldn't resist the urge to stop and see the old South Division High School dome, which was built into the garden center's building.

Today, I found myself driving past Bluemel's Garden and Landscape Center, which is closed for the season, at 4930 W. Loomis Rd., and I couldn't resist the urge to stop and see the old South Division High School dome, which was built into the garden center's building. 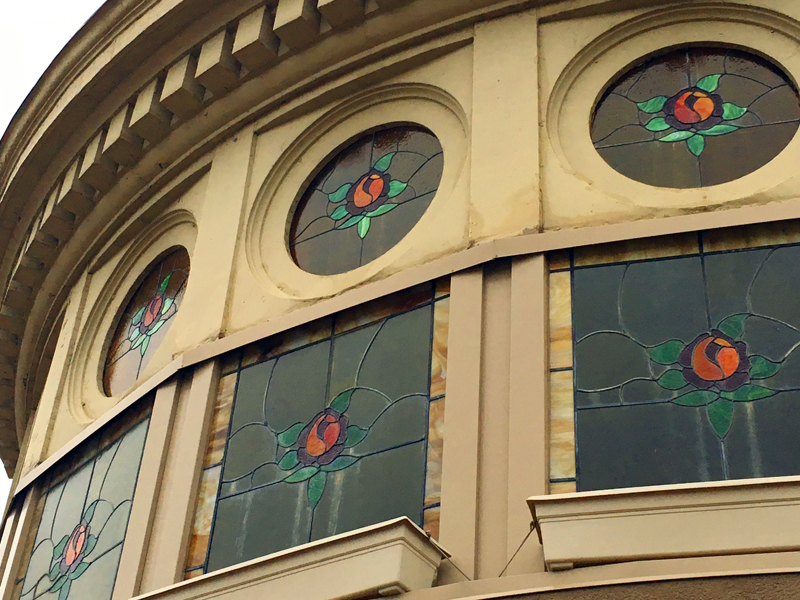 What I loved most about this South Side Milwaukee architectural and cultural icon is – besides the beautiful form and the stained glass windows, each dotted in the center with a red rose – that you can still see graffiti on the inside and you can get a relatively close up view of the carpentry skills required to build it.

For a little background, I quote at length from my book, "Historic Milwaukee Public Schoolhouses," published by The History Press: 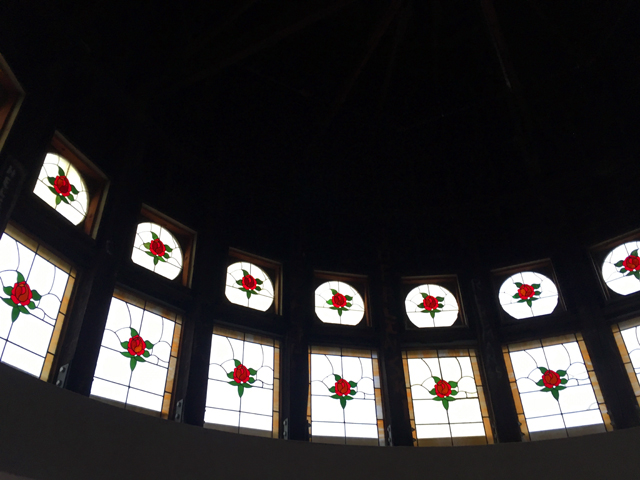 Erected in 1898–99, South Division was the work Henry Koch. The school itself had opened a few years earlier and convened at what was later called Second Avenue School, at Second Avenue (now South Seventh Street) and Madison Street, from 1893 to 1899, before moving into its new building. As the city grew, the new South building seemed to shrink, and an addition, including a gym, was constructed in 1932.

South’s four-story domed tower was nothing short of a neighborhood landmark on the near south side of the city for decades, so much so that when the school was demolished, shortly after a replacement was built nearby in 1977, the dome was preserved. 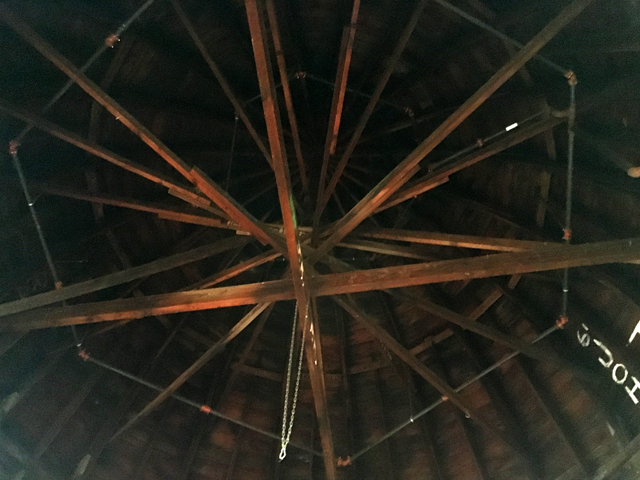 The original building had been added to in 1911, 1916 and 1951. But it still couldn’t keep pace with the times. The district’s 1969 report, "A Six-Year School Building and Sites Program, 1970–1975," made replacing South Division its top recommendation for MPS high schools.

"Facilities in the various subject fields are in need of improvements to meet today’s standards," the report noted. "It does not appear to be advisable to continue remodeling the present South Division building or to construct an addition on the present site." 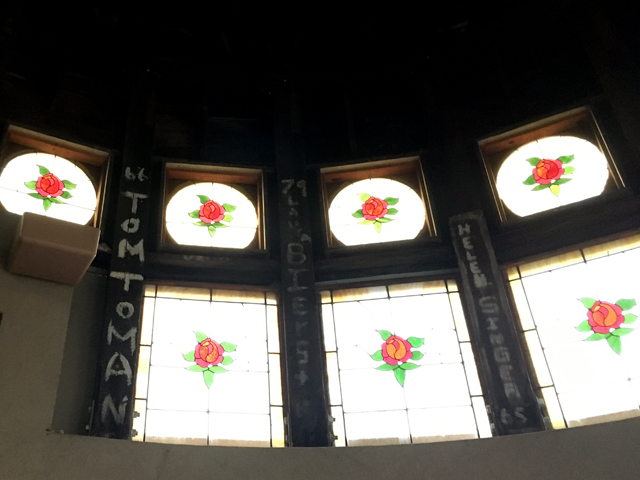 While older residents of the area – and school alumni – still mourn the loss of the "Old South Division," the dome lives on. Bluemel’s Garden Center made the 30-foot dome part of its building at 4930 West Loomis Road. Owner Mike Bluemel – whose mother, like the author’s, attended South Division – purchased the dome at an estate sale auction for the antiques dealer who bought it when the school was demolished.

Though I didn't go to South, my mom, aunt, grandfather, great-grandmother and sister-in-law all did. I guess that makes us something of a "South family."