A sneak peek inside the Crossroads Collective's new speakeasy, Shanghai

You can find just about anything at the newly opened Crossroads Collective: ribs, tacos, soup and ice cream. Beginning this weekend, you can also grab a tasty boozy beverage to wash down all that deliciousness - well, if you know where to look.

You can find just about anything at the newly opened Crossroads Collective: ribs, tacos, pita sandwiches, vegan snacks, soup and ice cream. Beginning this weekend, you can also grab a tasty boozy beverage to wash down all that deliciousness – well, if you know where to look.

For those looking to adventure beyond the main bar inside the food hall, the new hotspot opened the East Side’s latest nightlife locale, Shanghai, Thursday night, and if you missed it, well, that's kind of the point. Shanghai is designed as a back alley speakeasy – complete with a secret entrance found down Black Cat Alley.

Without spoiling the fun, your best bet for uncovering the clandestine cocktail canteen is to enter down the East Ivanhoe Place end of Black Cat Alley, right by Sip & Purr Cat Cafe, and keep your eyes open for a chainlink fence door and an access panel. Press the button, smile for the camera and, in my case, be ready with the password (don't worry; it's very simple) and congrats, you're in.

Well, almost. Now you're a back alley attached to the previous back alley – and while you might see a fun sign saying "private entry" by the right wall, that's actually the building's private entry. Don't accidentally break into a place, and don't overthink things; just walk down the alley to the door with the circle with an S to its left. You've officially landed in Shanghai. 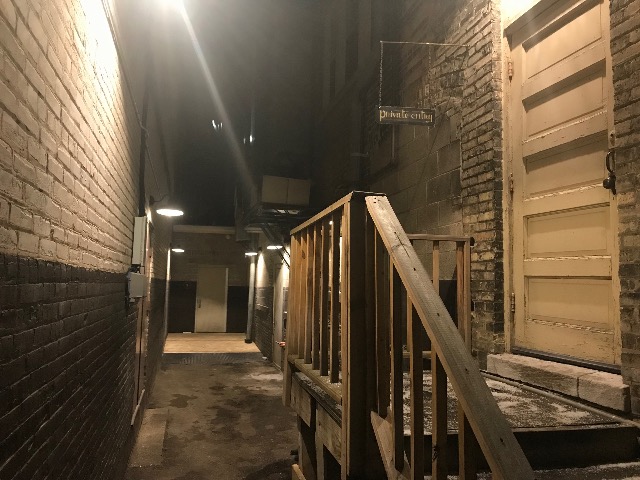 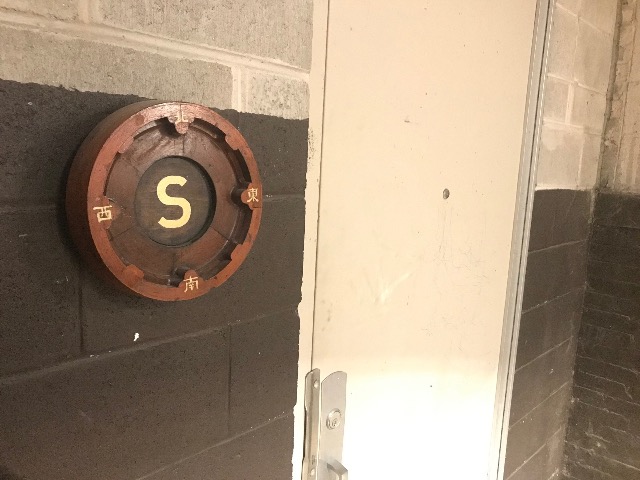 While Shanghai, the Chinese municipality, is one of the most populated cities in the world, Shanghai, the Milwaukee bar, is very small, maybe fitting 30 people – three tables for two, a ledge accommodating maybe a dozen and a bar around for a small crowd – inside its quaint quarters. But the intimate, moodily lit space just adds to the secretive, incognito atmosphere. 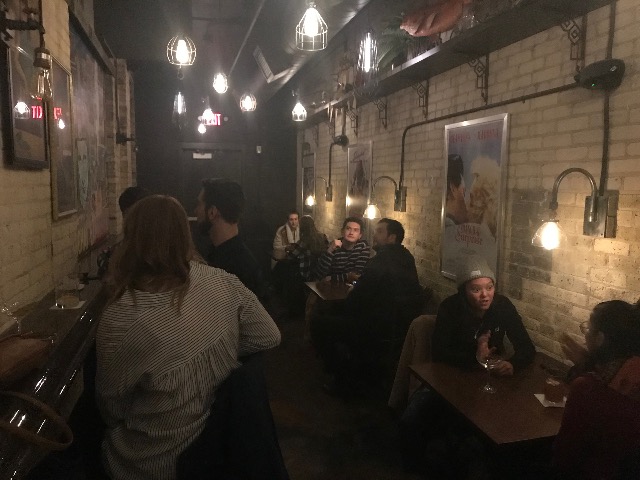 Also adding to the atmosphere is the decor, comprised of retro movie posters involving Shanghai and newspaper clippings for Hollywood stars and old-school cinemas, all surrounded by warm brick and glowing vintage incandescent light bulbs. Overall, it feels like a tiny spot pulled out of the 1920s. 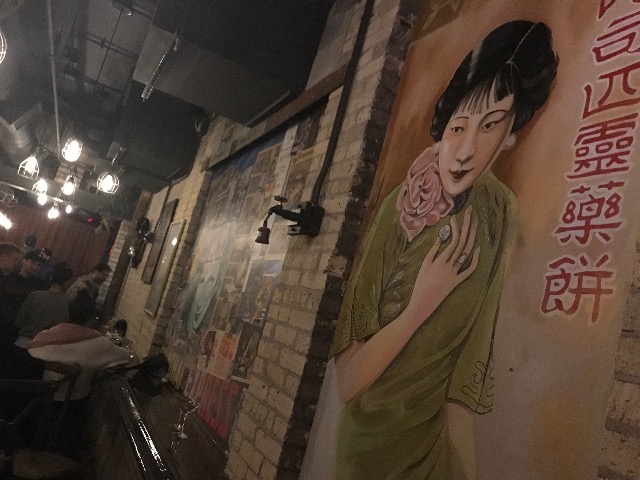 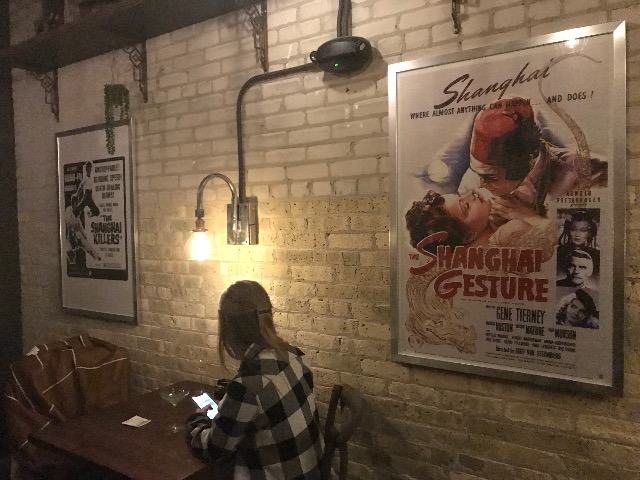 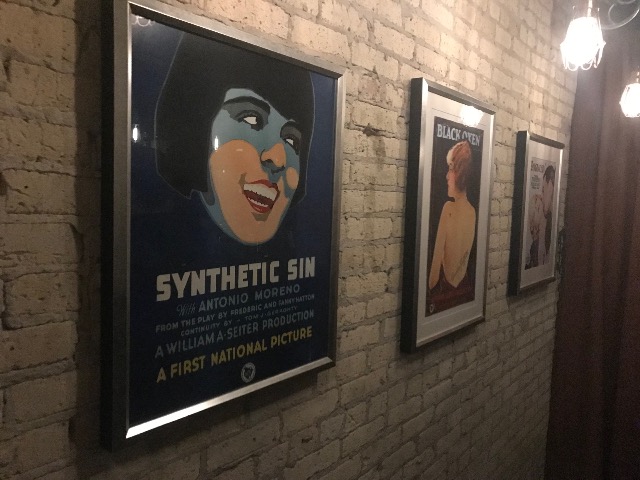 The drinks, however, are a little less old fashioned – though they do make a classic old fashioned, the Crossroads Co-Fashioned. The rest of the cocktail menu – ranging in price from $10 to $15 – features some new twists on retro classics, like a plummy take on a Singapore Sling called a Sling It Again, an East-meets-West version of a Manhattan called a Anna May-hattan and a bright blue mezcal beverage named Nice Try, Lao Che after the crime lord from "Indiana Jones and the Temple of Doom." 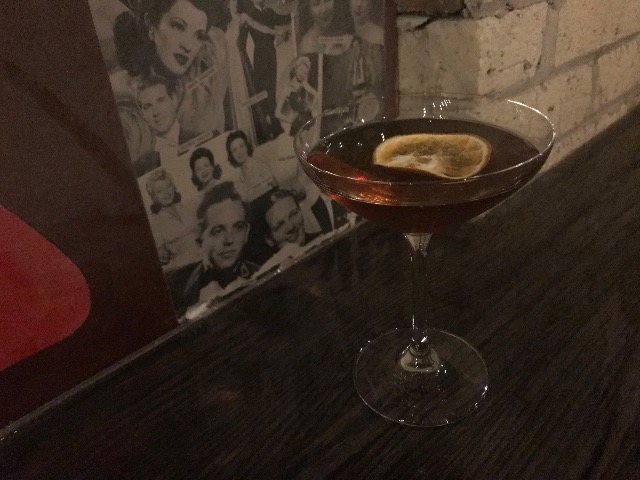 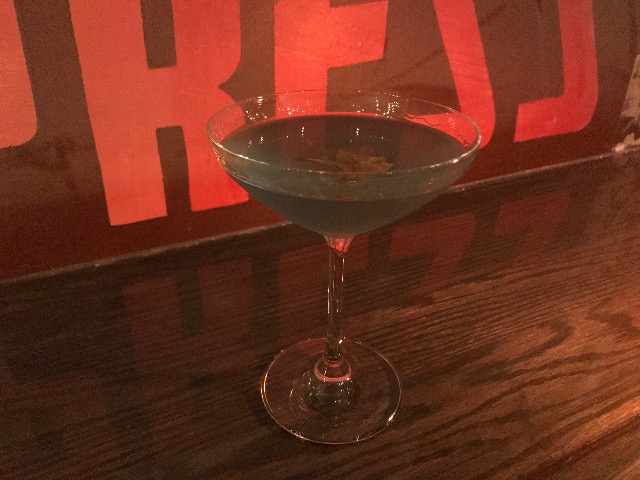 The bar also features a beer list of craft and domestic options.