You've heard about the Fred Goll Mansion on Prospect Avenue in the news in recent months, but what of Henry G. Goll and his mansion on Kilbourn Avenue in Concordia? We went inside the house for a look at it and the story of its ill-fated namesake.

Milwaukee was recently focused on the Goll House, 1550 N. Prospect Ave., built in 1898 for Fred T. Goll by Ferry & Clas, which a developer proposed moving 30 feet away to accommodate a new residential tower.

But, Milwaukee’s Department of City Development has been keeping an eye on another Goll House in Milwaukee, this one dating to 1900, designed by architect Carl Ringer, and located at 3005 W. Kilbourn Ave., adjacent to a row of gorgeous turn of the 20th century houses in the near West Side Concordia neighborhood. 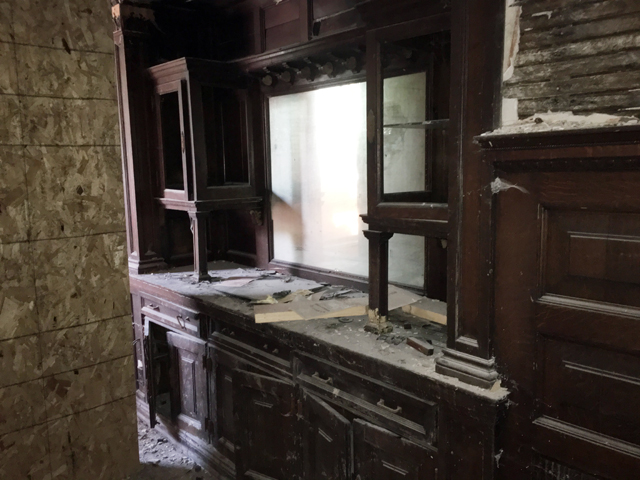 While Fred Goll was heir to the founder of the successful Goll & Frank wholesale dry goods company, Henry G. Goll – who hired Ringer to design his west side house – was an assistant cashier at First National Bank.

It is unclear how and if these Golls were related, but considering that Fred was a director of First National, it would seem quite possible that they were kin. 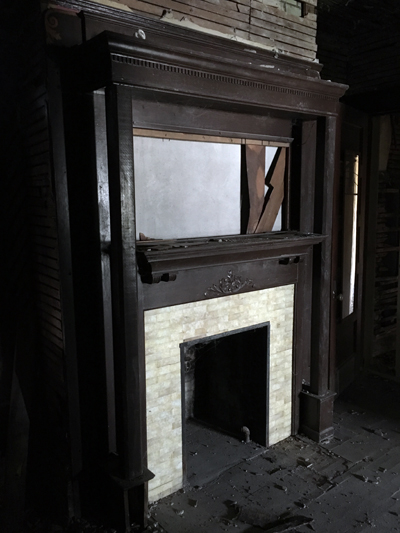 The house seems a rather lavish one for an assistant cashier, but it seems that Henry Goll was also an investor, having funded and owned, along with bank president Frank Bigelow and a Samuel Watkins, Christiansen Engineering Co. – run by inventor Niels Christensen – on a site along the Milwaukee River that is now home to the Rotary Centennial Arboretum run by the Urban Ecology Center.

And perhaps Goll – who had previously lived on Cambridge Avenue on the East Side – had over-extended himself when he built this more than 4,000-square foot Tudor Revival gem in buff brown brick.

That might explain why in 1905, after Bigelow was caught with his hands in the bank till, Goll was also implicated and quickly disappeared.

In the meantime, panicked Milwaukeeans flooded the bank demanding their money, leading Mayor David Rose to take one of his typically flamboyant measures. 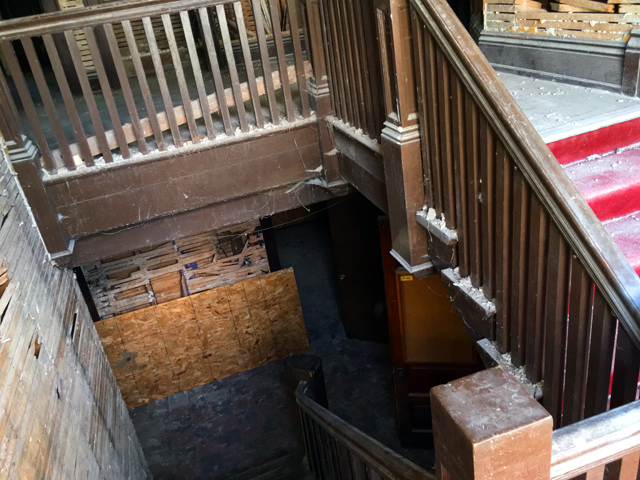 "One of the most spectacular happenings of the day was the action of Mayor Rose in walking down Wisconsin Street, in full view of the crowd, with $500,000 in currency and gold in canvas bags," wrote The New York Times.

"He was surrounded by policemen and detectives, and walked into the bank with the treasure. This money was part of the shipment from Chicago banks and some from other Milwaukee banks." 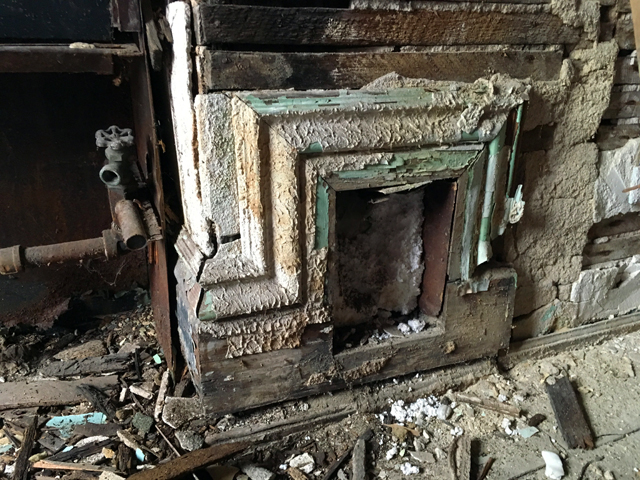 On the lam since Bigelow threw him under the bus on April 25, a $1,000 reward was offered for information leading to Goll’s whereabouts. On May 4, the "absconding cashier" was arrested at Chicago’s Dakota Hotel, where he’d checked in as A.C. Smith.

Turns out detectives had been hot on his trail as he wended his way around Illinois and Indiana before landing at the Dakota. According to a report in the Pittsburgh Press – the details of the Milwaukee embezzlement case made newspapers around the country – noted that "Goll had only $26 on his person. He refused to answer any questions and would not tell his age on being booked" at the central police station on Broadway and Wells. 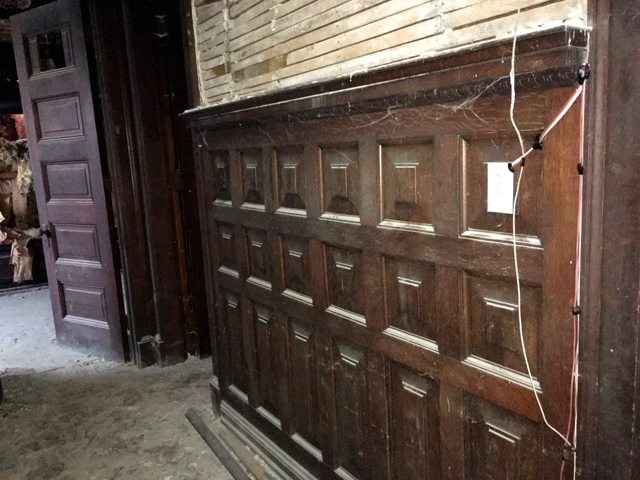 Charged with 34 counts, Goll was convicted of 19 of them in May 1906 and sentenced to 10 years at Leavenworth. President Taft refused a 1910 request for a pardon, and Goll was released in October 1911. 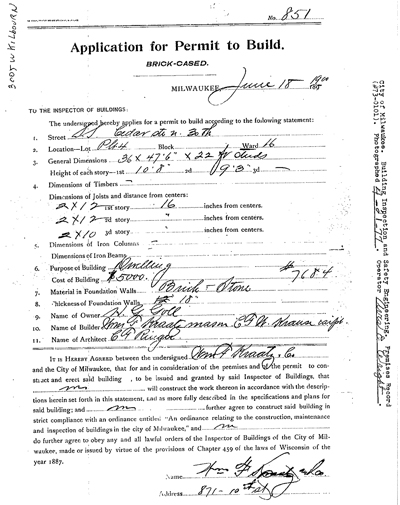 "It is not known what he will be employed at after he reaches Milwaukee," wrote the Milwaukee Journal.

A 1930 permit to install a fire escape lists C. Hennecke as the owner, though by 1932, the building was occupied by the Bethany Home for Girls, which soon became Lutheran Welfare Society of Wisconsin. In 1941, the building was converted to offices and the second floor was converted into a one-family apartment, occupied in those days by caretaker Alf Hartung and his wife Elisa.

Meanwhile, Goll appears to have returned to and stayed in Milwaukee at least for a while, working as a clerk, bookkeeper and accountant and renting apartments at 170 Chambers Street and 1193 2nd St. (later 2943 N. 2nd St.) until he passed away in 1940.

According to FindAGrave.com, "After serving his sentence Henry Goll returned to his family and help cared for them. He never married again and his sister Lily who was a widow helped care for his children and then his grandchildren. Henry Goll worked as a manager and then as a bookkeeper in a restaurant. He died on 19 July 1940 and was laid to rest in Forest Home Cemetery." 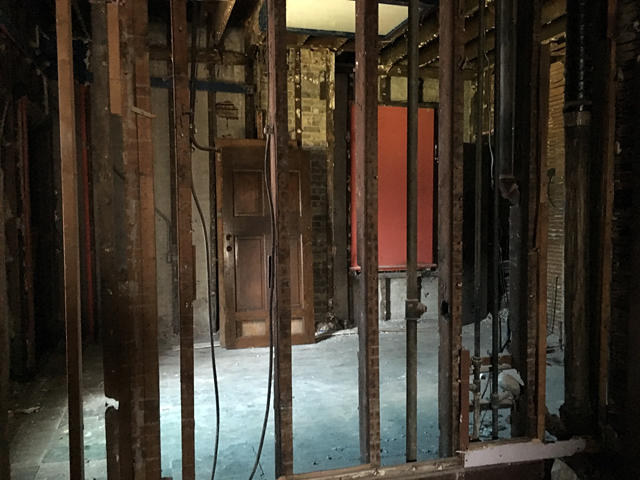 In 1951, Marquette's Alpha Kappa Psi Fraternity – nicknamed Da Zoo – moved into the old Goll house with room for about 18 students, and they seem to be the ones who got the most fun out of the basement. The frat's Greek letters are still painted in a mural on a wall down there.

Former frat brother Vince DiPaolo remembers roughly 12-15 guys living in the house's second and third floor, with a kitchen in the basement and a billiards room on the first floor. They'd roast pigs at parties in the backyard, but downstairs is where the fun really was, according to DiPaolo. 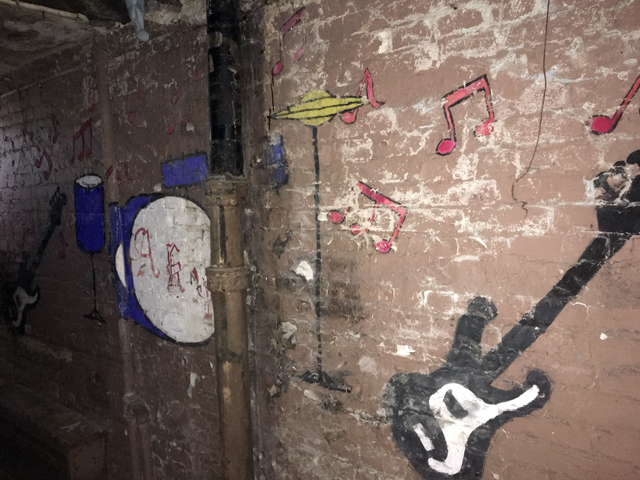 "The room with that painting (above) was where the band was, and we had a dance floor and a bar," he recalls. "We were allowed to have one party a week at the house. Every Friday night. We'd order five half-barrels every week. We'd party until the beer ran out."

DiPaolo estimates the parties were attended by 30-40 active members and their dates.

"Every year we had a beach party and we had this big truckload of sand and the pledges had to bring it all down into the basement. We had a little pond with water in it and a little iguana running around. And of course the pledges had to take all that sand back out. I remember when I was a pledge, that was one of the hardest things cleaning that place up." 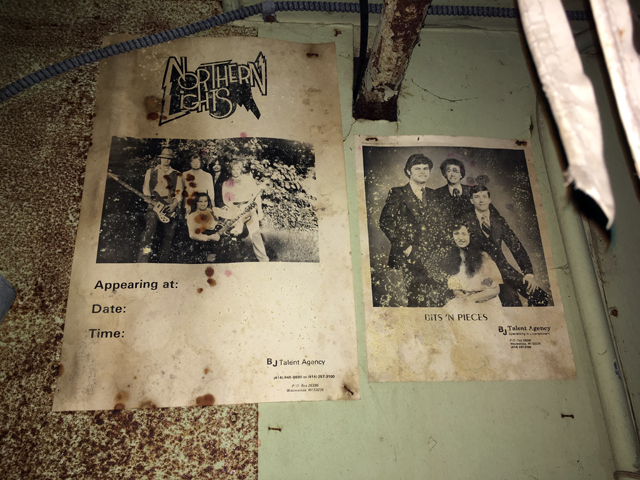 DiPaolo, who graduated in 1971 and now lives in Arizona, says that the basement was up and running by the time he got there and some of the paintings on the wall – which are still there now – pre-date his years living in the house.

The fraternity lost its charter soon after DiPaolo's time there and, by 1973, John Langmesser was the owner. That year a city permit called for, "general renovation of the building three floors ... per department orders," which suggests the house – described in the document as a one-family home – had fallen into disrepair.

In the late 1990s, the garage – added in 1911 and designed by Kirchhoff & Rose – fell victim to fire and the building has undergone a string of sales over the past six years, ending up in the DCD's portfolio last year.

Nowadays, Goll's name lives on in the home he built at 3005 W. Kilbourn Ave. and you could add your name to the saga because the eight-bedroom house with three full bathrooms and two half baths, is owned by the city, which is in the process – as always – of liquidating its seemingly endless influx of real estate, which come to the city, typically, via tax foreclosure. 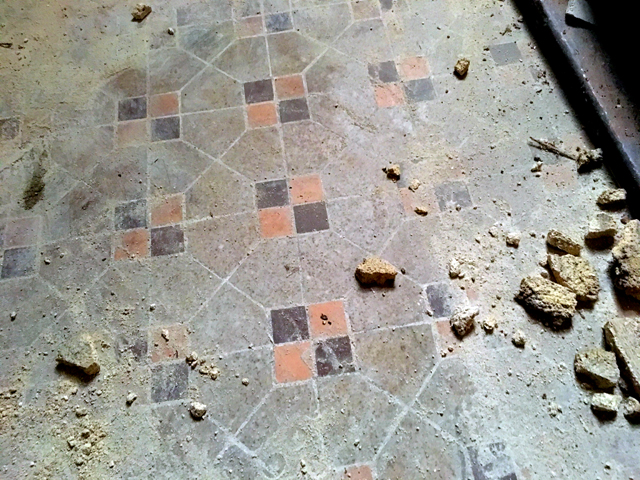 "We are delighted by the inspiring and successful rehab stories from our buyers, each of whom took a once blighted property and breathed new life into it," reads a DCD flyer. 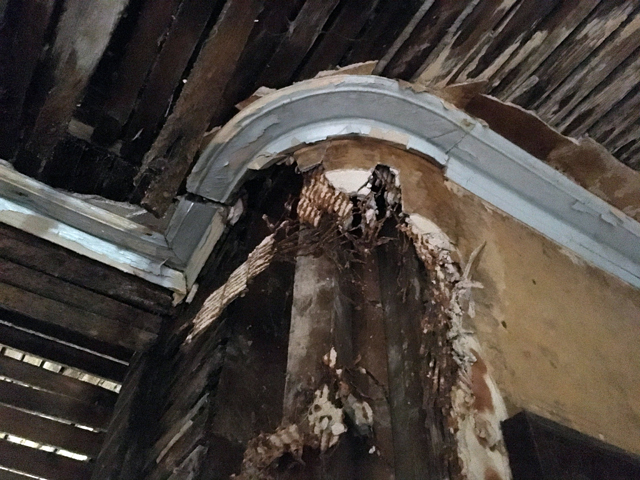 Certainly, the bones of a $223,000 house are here. The exterior with its brown brick and quoins is beautiful. Inside there is some remaining wood paneling and a gorgeous built-in buffet.

A regal staircase connects the first and second floors and there are nice little details, like a curved molding and tile bathroom floor, throughout.

The attic is tall enough to serve as bedroom or other spaces, and there are a couple fireplaces.

But most of the finishes are gone and most rooms are stripped down to the studs. The attic floor feels risky and, indeed, there are some gaps that allow you to look down to the floor below.

On the flip side, the city has done some major repairs, including not only a new roof, but new roof rafters, too. There are also new galvanized gutters and downspouts, to help keep the house water-tight while a buyer is found. 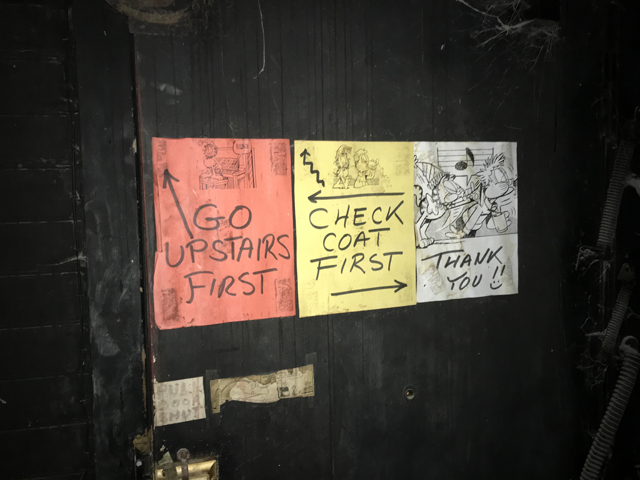 For someone with the skills and/or means, there is serious potential here to build out a stunning modern home inside a vintage Milwaukee mansion. One need look at the trio of houses standing just to the west to get a sense of the possibilities.

But, let Henry Goll’s story be a lesson. Don’t over-extend yourself.