It's been 11 years since Commission Row gasped its last breath. Now, the building at 322 N. Broadway that hung on until the end of the street's run as a produce hub is being redeveloped into retail and office space. We go inside and take a look.

For much of the 20th century, Broadway, between St. Paul Avenue and Buffalo Street, was a near-constant hive of commercial activity.

Known – then, as now – as Commission Row, the street was lined with warehouses and produce distributors. And long after a freeway spur and urban "renewal" erased the Italian Third Ward, Commission Row maintained its Italian-American flavor. 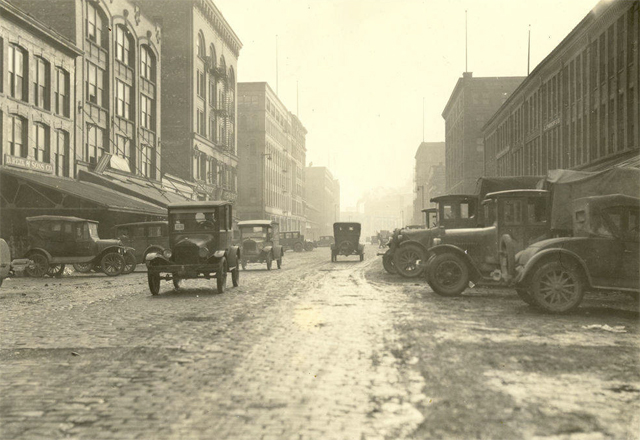 Commission Row – which remained bustling even in the waning years of the century (I moved to Milwaukee in 1983 and even I remember a time when there were trucks coming and going, loading and unloading there every day) – breathed its final gasp on Nov. 7, 2005, when Jennaro Brothers, the last produce hold-out on the block, moved its operations to 4020 N. Port Washington Rd. 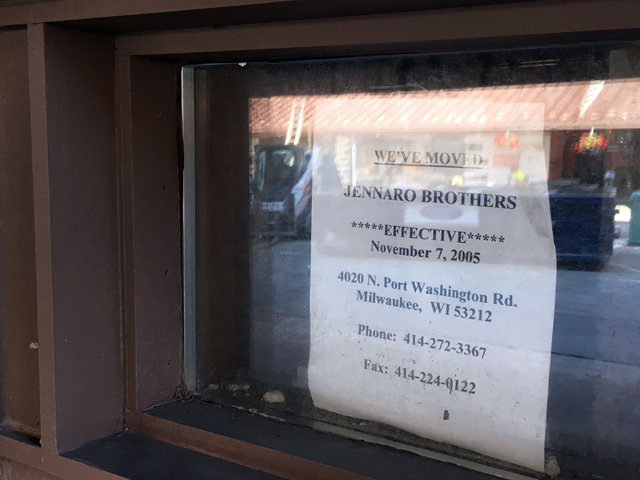 Now, the four-story, 26,400-square foot Jennaro Brothers building at 322 N. Broadway is being converted into retail and office space by developer Robert Joseph, who hopes to have tenants in the building by summer 2017.

The Chicago Commercial Style building was designed by architect Carl Ringer and built in 1909 at a cost of $20,000 for wholesaler Clement H. Kalvelage, who also hired Ringer to design another Third Ward warehouse, at 147 N. Broadway, two years later. 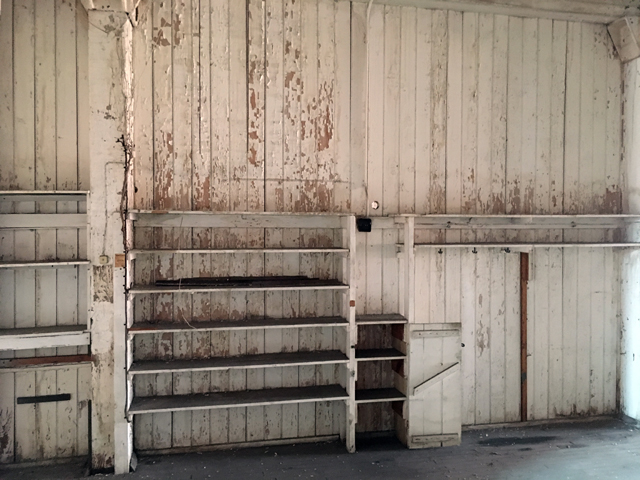 Built as a three-story warehouse, the distinctively arched fourth floor was added in 1911 for $5,000. Kalvelage tapped Ringer for this work too.

Kalvelage – and, after his death, his estate – owned the building until the Jennaro Brothers purchased it. In the 1930s, tenants included Sol Singer, who wholesaled fruit and veg out of the first floor, while Shimon Brothers sold wholesale butter, eggs and poultry, presumably from upper floors.

Anthony Jennaro, who owns Jennaro Brothers – which he says is in ownership transition – recalls that his uncles bought the building and began using the first floor for produce around 1959. The upper floors served as office space.

But his family was definitely not new to produce or to Commission Row. 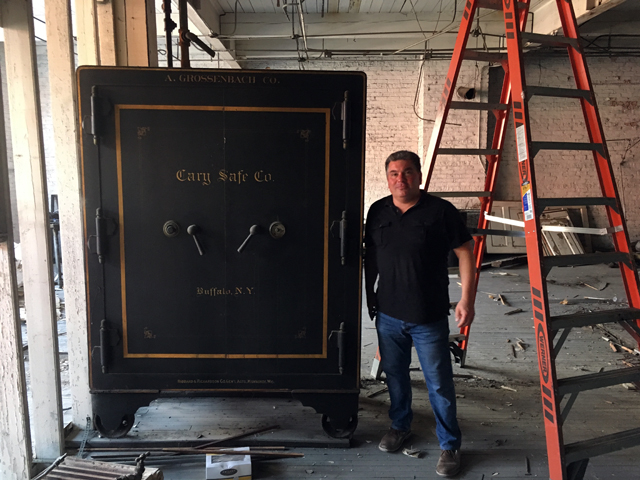 "My great-grandfather sold produce door to door with a wagon, or more like a hand cart," he says. "Then my grandfather joined him and later bought a truck. After World War II, his sons, my uncles, bought the first building.

That building is across the street at 339 N. Broadway. Jennaro still owns the building – as well as the storefront at 333 that houses Red Elephant Chocolate – and plans to develop it. Other Jennaro properties on the block were sold to developers in 2013 and 2015. 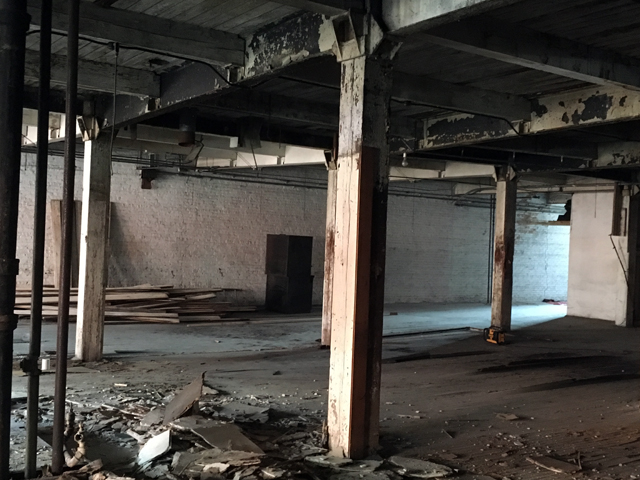 Although the block was, for as long as anyone could remember, a produce distribution hub for Milwaukee, it seems that, for much of its lifespan, some wanted that hub to be elsewhere.

A 1973 newspaper article about the street began, "Practically everyone agrees on one thing about Commission Row: It should be someplace else.

"In fact, efforts to relocate the several wholesale produce businesses that make up the row have been unsuccessful for at least 40 years."

Forty years? That would 1933. That’s a decade after Gagliano opened on the row and just over a decade before the Jennaros arrived. In fact, it would take another 32 years for the relocation forces to get their way. 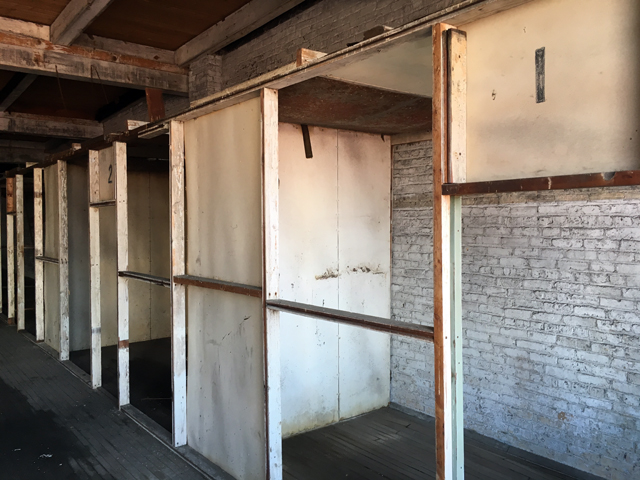 And now, the long-vacant building will be transformed in a way that will continue the growth that has changed the face of the Third Ward, now packed full of retail shops, restaurants, bars and residential developments.

Joseph has tapped Rinka Chung Architecture to create a retail/commercial space – quite possibly a restaurant – on the first floor and office spaces on the three floors above. About 16-20 parking spaces will be added in the basement to compliment the parking in the adjacent parking lot, which is also controlled by Joseph.

"We’ve started site work, we’re clearing the space, we’re doing our design right now and just trying to figure out what we have," says Nathan Bernstein of Joseph Property Development.

"We’re going to do retail/commercial on the first floor and offices above. And we’ll actually be adding another penthouse and office with a terrace, similar to what we did there (across the street at 301 Commission Row, which Joseph also redeveloped), where you have an 11,000-square foot office with a 2,000-square foot private terrace." 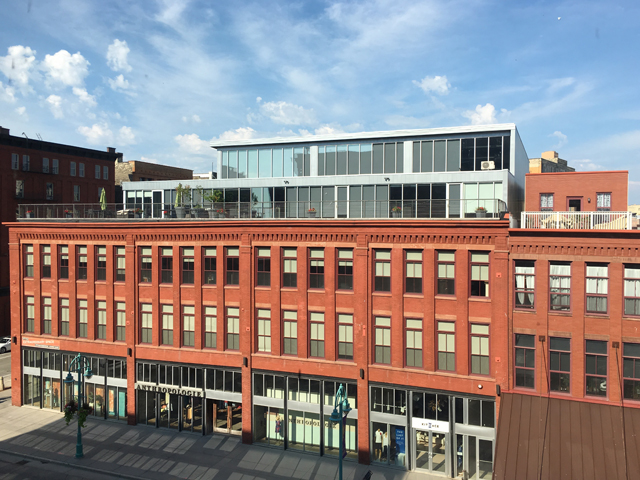 Inside, the place is what you'd expect in a warehouse: lots of wide open space. But on the top floor, there's an area where some small offices or storage rooms survive and there is a narrow back stairwell that will transport you back 100 years, with its weighty banisters, ball-topped newel posts and remnants of the old freight elevator workings on one of the landings.

Through those great fourth-floor windows you can get a nice panoramic view of Broadway below, with its shops, restaurants and strollers. 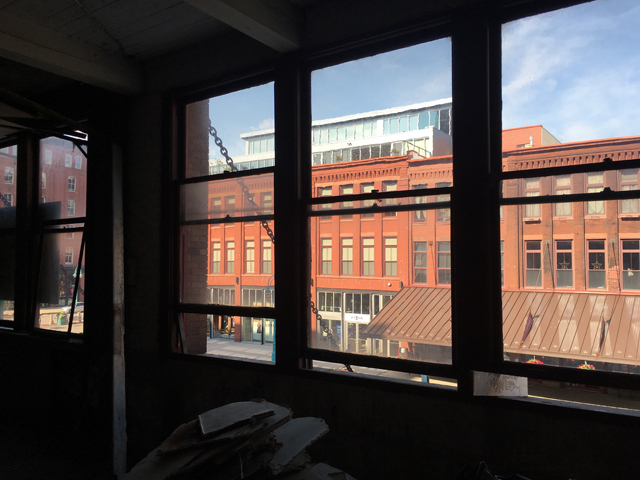 Fortunately, Joseph plans to retain the awning that distinguishes the Commission Row buildings. Bernstein sees it as a major asset.

"Knowing that this is likely a restaurant user, I think this is a really wonderful opportunity to create some really really great, fun, exterior seating," he says. 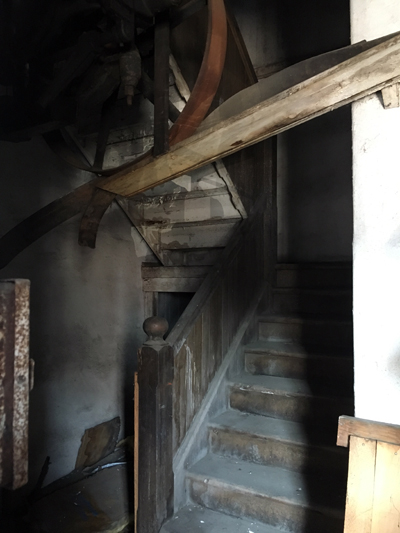 "If you look at Cafe Benelux and The Wicked Hop and what they’ve done and further down the road at Onesto and Swig, the way that they’ve done it the way where you have it on both sides with the pathway through, it is very nice.

"The goal of the Third Ward master plan is to create this pedestrian and user-friendly space without compromising on vehicle access and I think this use lends itself to that. We’ve had already even in the last week really significant national interest in this first floor space. It’s great."

Though I think folks rarely actually see much of the facade above the awning, the building is quite beautiful with those three top-floor arches, each punctuated with a keystone element and other stone trim.

On the braces that support the awning are pointy decorative connectors that look like Medieval torture devices. 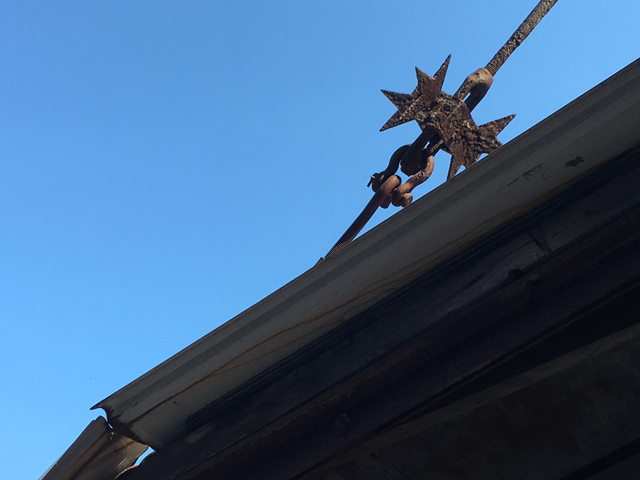 Inside, Bernstein says Joseph plans to maintain exposed red brick walls and highlight the heavy-duty construction and historical nature of the building, while bringing it up to date to provide tenants with a modern space.

"We learned from doing 301 Commission Row, you have to have a certain mettle to get through this, you really do and Robert is extraordinarily experienced and uniquely capable of taking these things apart and putting them back together so you still maintain the patina and the facade of an 1894 building and you have the infrastructure of 2016. So, it’s the best of both worlds.

"We’re stewards of these buildings and we take that very seriously," Bernstein says.