Call it a Nightmare on Wells Street. But, if you're even the slightest of arachnophobes, take comfort in the fact that the new "Spiders Alive!" exhibit now open at Milwaukee Public Museum, 800 W. Wells St., doesn't take inspiration from the museum's butterfly wing.

Call it a Nightmare on Wells Street.

But, if you’re even the slightest of arachnophobes, take comfort in the fact that the new "Spiders Alive!" exhibit now open at Milwaukee Public Museum, 800 W. Wells St., doesn’t take the same approach as the museum’s butterfly wing.

No, these creepy crawlers – in many cases so very disarmingly furry – are enclosed. You can’t get at them and, more importantly, they can’t get at you! 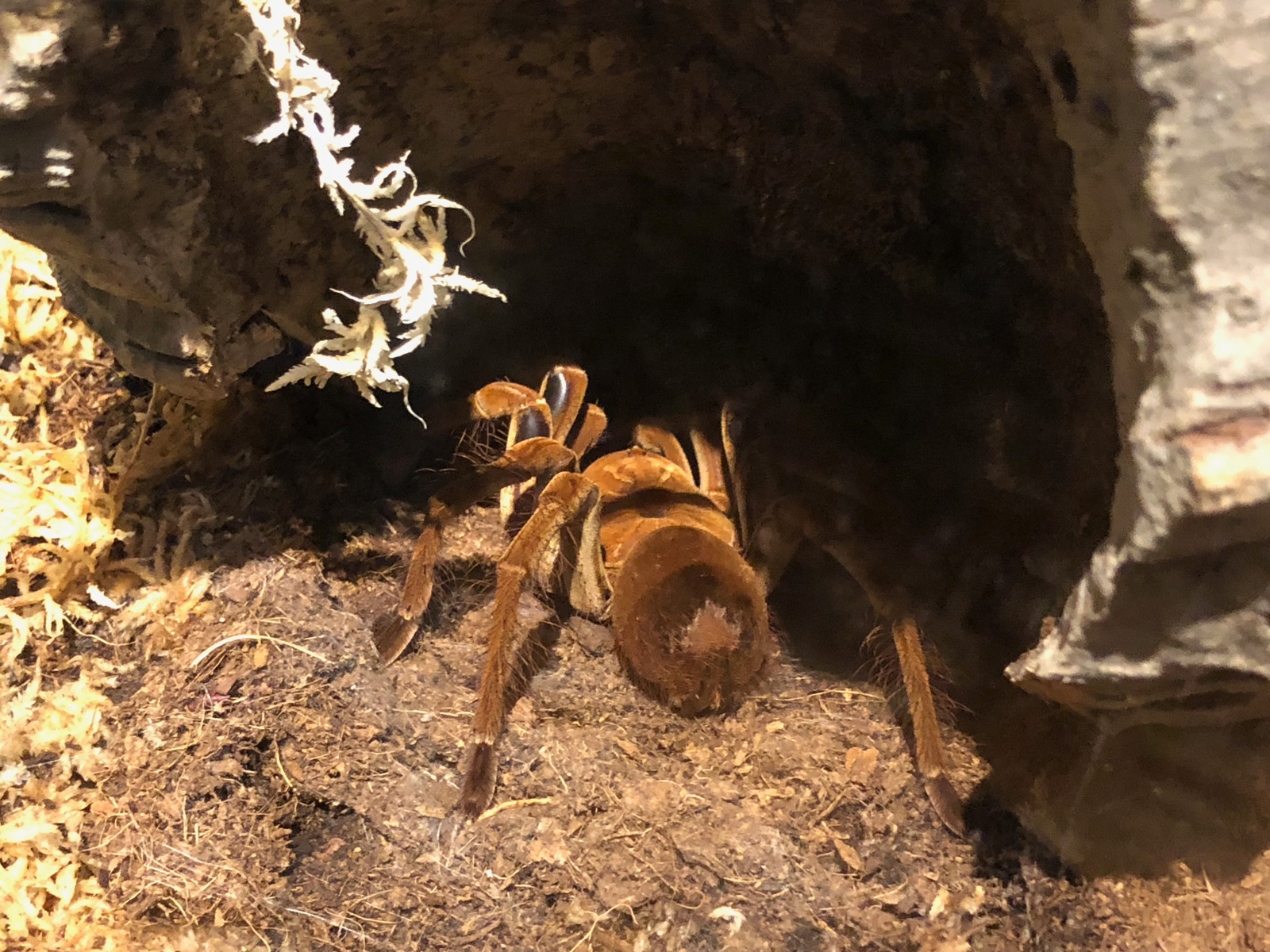 While arachnophobia is one of the most common fears among those of us in the West, many of us are as fascinated by spiders as we are alarmed by them. Here’s your chance to see them up close, but not too close, until Jan. 12, 2020, when they move on to their next stop. 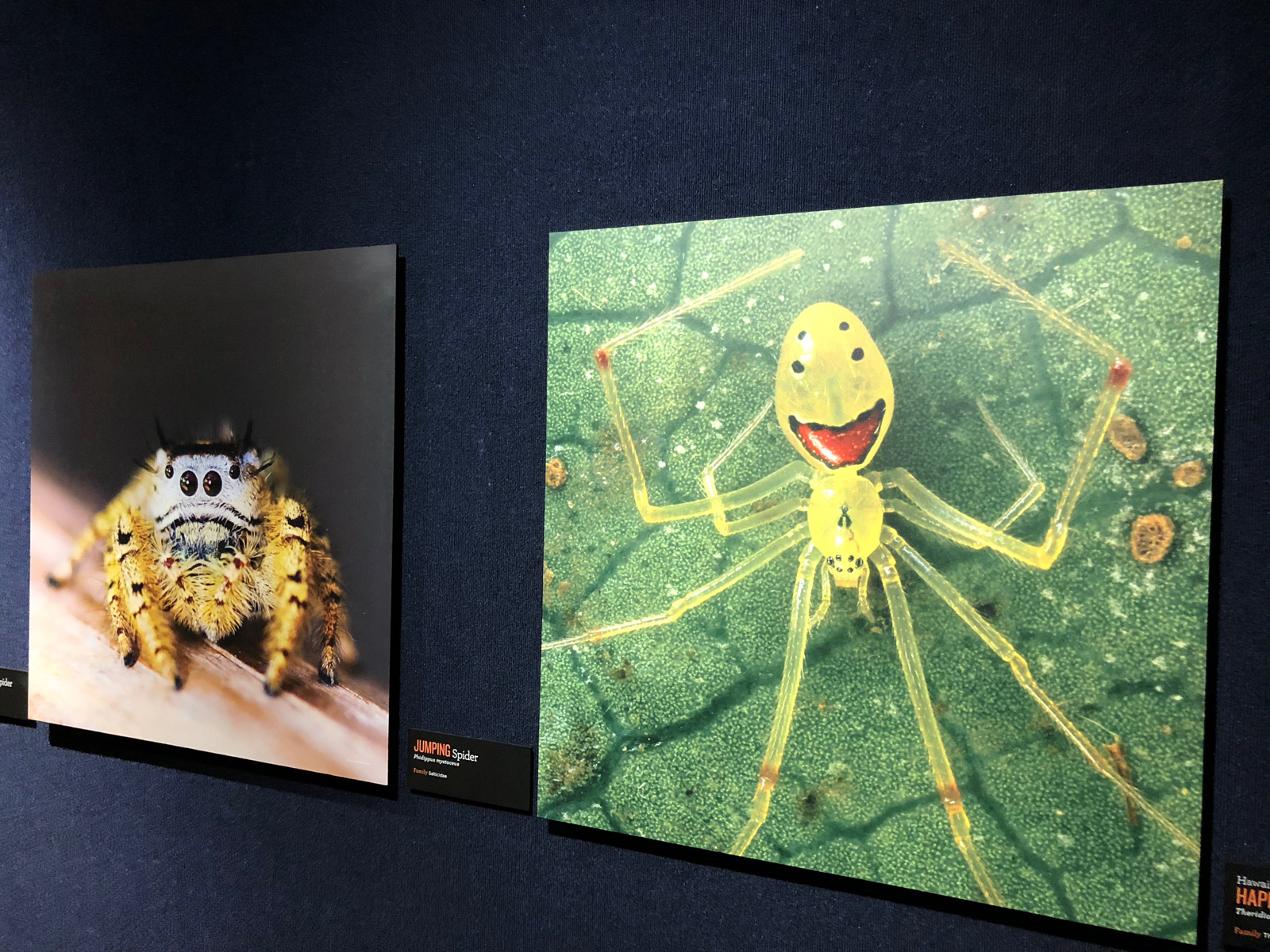 The show, created by New York’s American Museum of Natural History and managed by Peeling Productions, features informational panels, gigantic photos of (believe it or not) some cute spiders, videos, spider fossils as old as 100 million years, a giant spider model you can climb on for spidey selfies (like that beetle near the butterfly exhibit) and 17 species of live spiders from around the globe. 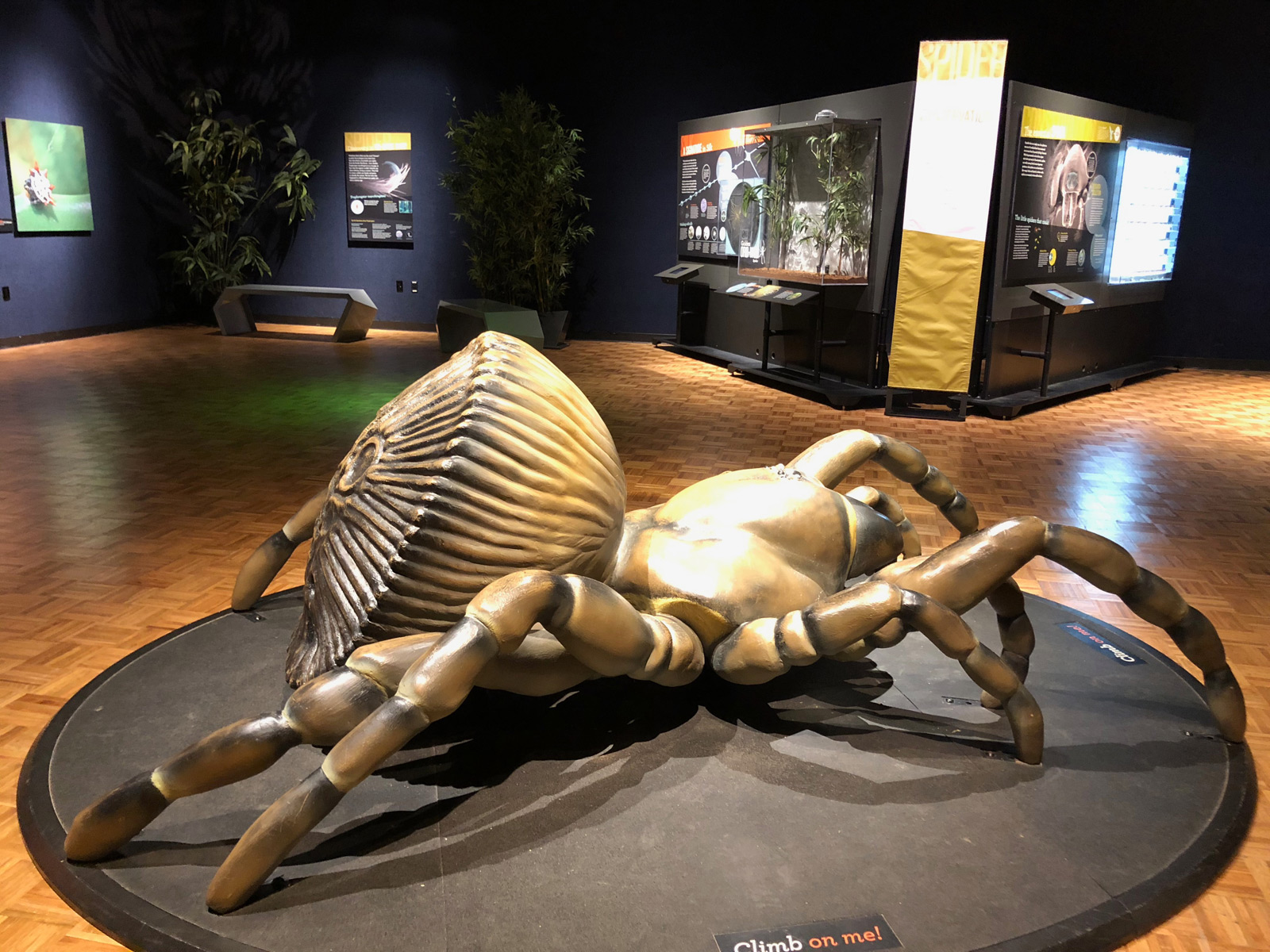 "That's 14 spiders and then three non-spider arachnids ... kinds of scorpions," clarifies MPM Curator Jon Bertolas. "They show spiders in context. This exhibit kind of starts you off with some really cool Ornamental Tarantulas. And then one of my favorite spiders is called the Goliath. They live 30 to 40 years.

"They'll be around for many more iterations of this (show)," says Bertolas, who takes me in to see a room full of understudies that are available should any tragedy befall a member of the cast.

"We have two medically significant spiders which are, I think, are going to be of interest to people, adds Bertolas. 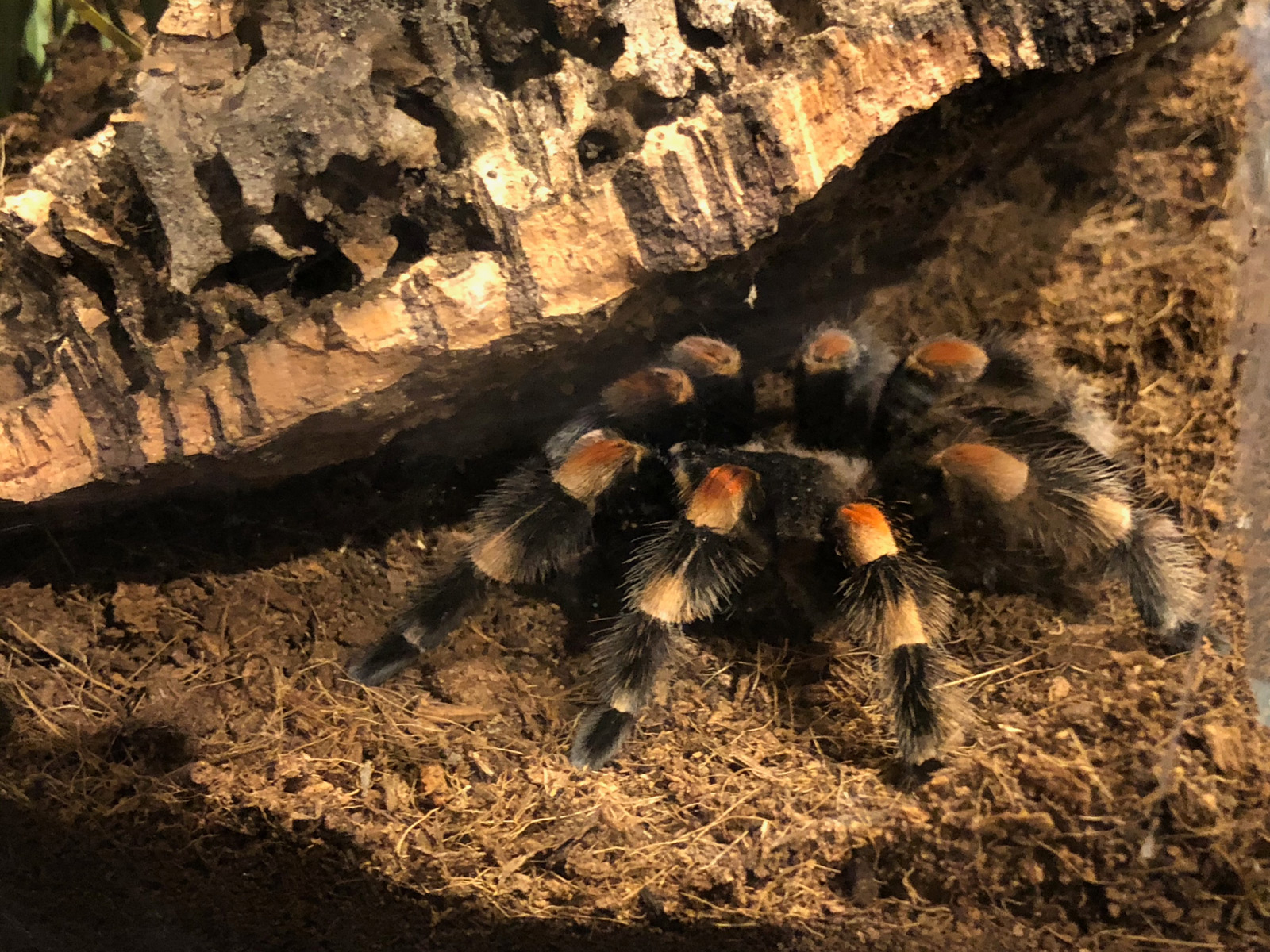 "Quite a few of these just don't have fangs large enough to be able to penetrate human skin," says Bertolas. "And so most of these aren't going to be harmful, but the Black Widows and the Brown Recluses do have medically significant venom, which means you probably want to seek medical attention if you got bit.

"The Black Widow is not life threatening, but if you have an allergy or if you have a compromised immune system that is probably going to be something to worry about. But otherwise you feel nauseous and kind of achy throughout the day. The Brown Recluse’s venom is a little more potent. That's going to sort of cause necrosis and it's going to be a really hard wound to heal from. It's going to probably take months."

Fortunately, says Bertolas, you’re unlikely to encounter either of these in the Milwaukee area, other than at the show.

"Spiders Alive!" offers more than potentially nerve-wracking viewing of spiders. The show includes information on anatomy and signature traits of these creatures, as well as defense mechanisms like their mimicry and noise-making abilities. 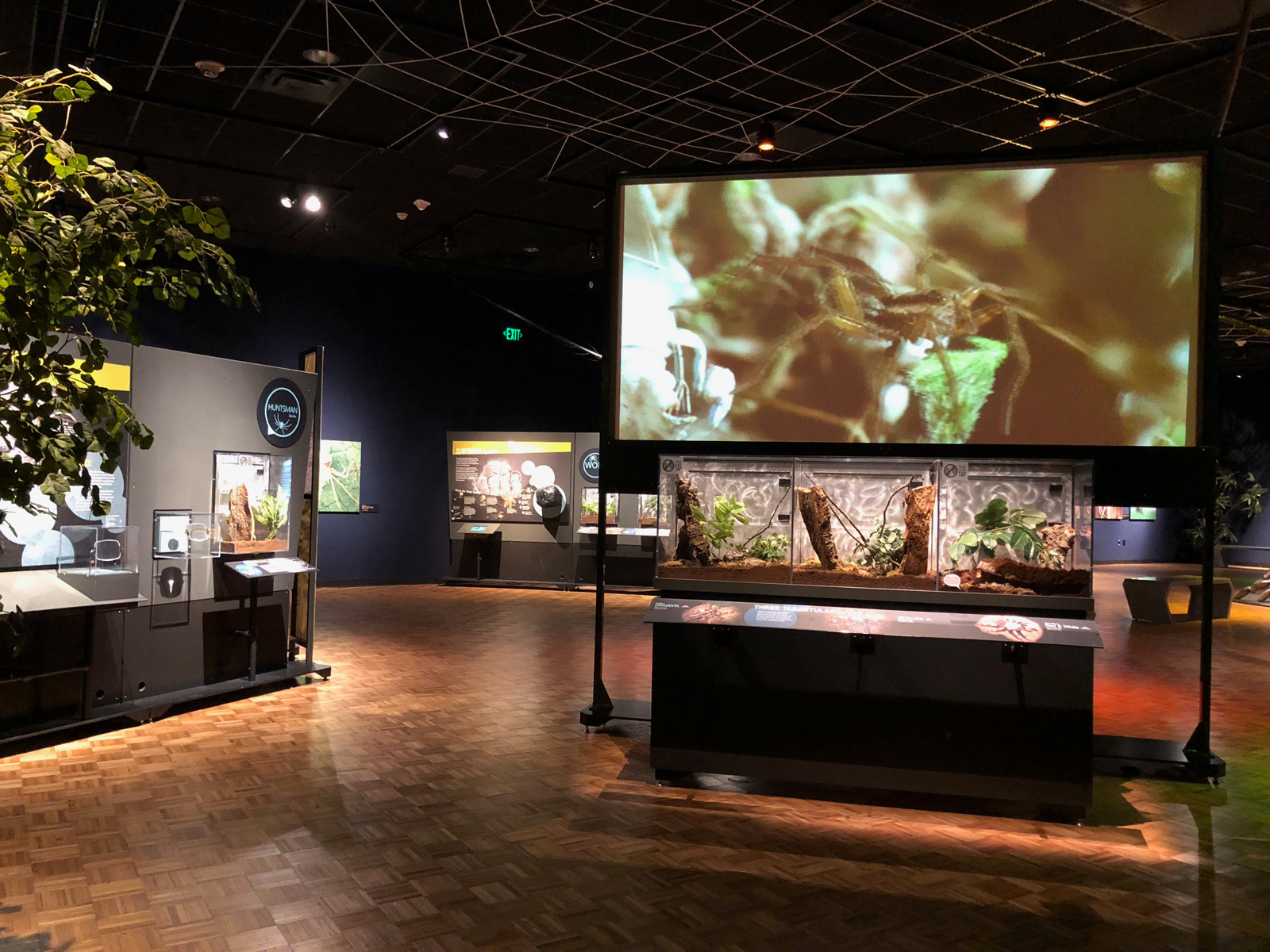 Plus, says Bertolas, whether or not we like or appreciate spiders, they are helpful to humans, beyond just via their appetite for bugs we think of as pests.

"We might not like spiders, but they could be saving your life," Bertolas says. "I don't think people really know that. Researchers are using spider venom in medicines. The physical properties of spider silk, researchers are using that, for instance, in nerve tissue regeneration. There are biomedical applications for the spider silk, not to mention engineering inspiration.

"It's so strong and so flexible that it’s really benefited human society to study spiders and use that in our own development. Hopefully the show will dispel some misinformation and give you an appreciation."

So far, folks are coming to see the spiders, in part because admission to the exhibition is included in every Milwaukee Public Museum, which helps make it more accessible to all.

"Oh man, we had a really busy weekend this past weekend," he says. "I think it's really well-timed. During October, people associate that imagery with Halloween. It's kind of a fun imagery to play on.

"Everything's behind a barrier," he reassures. "There can be no physical interaction with these spiders. So, it hopefully makes it easy for people to approach if they have fear issues."

I joke that in that sense it’s not at all like the butterfly wing.

"It's not a free-ranging spider exhibit," says Bertolas, who adds, somewhat alarmingly, "although I have seen one. When I was at the London Zoo, they have a walk-through spider vivarium."

Your questions answered about the new Milwaukee Public Museum