Splash Studio will move to East Side

Splash Studio, the painting bar in the Historic Third Ward, announced today that it will move in early 2019 to join its "sister bars" on the East Side.

Splash Studio, the painting bar in the Historic Third Ward, announced today that it will move in early 2019 to join its "sister bars" on the East Side. Splash will relocate to 1815 E. Kenilworth Pl., home of the former School Yard Bar & Grill.

Here is a rendering of the future space: 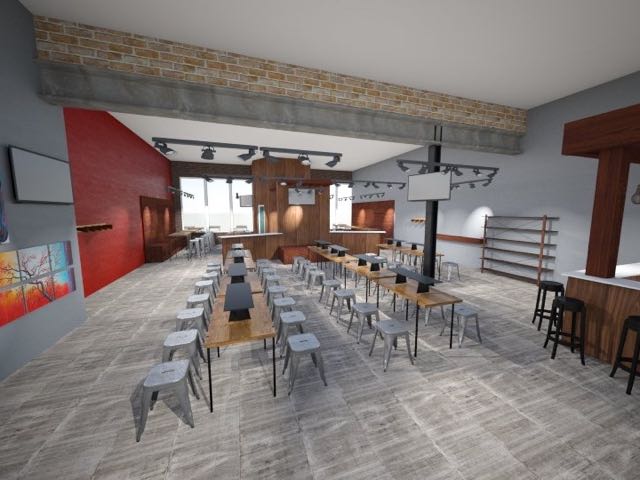 Marla and David Poytinger own Splash, along with AXE MKE – also on Kenilworth – and mini golf tavern Nine Below. They look forward to having their three businesses located in close proximity to one another in the heart of Milwaukee's East Side.

"We know firsthand how hot the East Side is right now, and we can’t wait for Splash to be a part of that new energy," says David.

Splash Studios opened seven years ago in the Third Ward and expanded in 2013.

"We are incredibly grateful to the people who have supported us since the beginning," says Marla.

Splash plans to expand its offerings to include family programming and patio seating in its new location.

Current Splash Studio membership programs will continue and will eventually  include admittance to all three bars, according to General Manager Sarah Opatz.

"Imagine how fun it will be to paint, mini-golf and throw axes in one epic night out," said Opatz. "It’s the perfect trifecta of fun in an easily walkable area."

Stay tuned to OnMilwaukee for Splash's official opening date for the new location in the next few months.