Sprecher gives LaCroix, Bubly a run for their money with Craft Sparkling Water

Sprecher Brewing Co., 701 W. Glendale Ave., producer of 72 beers and 20 types of soda, is throwing its hat into the sparkling water ring with a new line of Craft Sparkling Waters.

Sales of seltzer, club soda and sparkling water are up by double digits as more Americans have turned their attention away from soda and similar sugar-filled beverages. The industry, totaling at least $2.2 billion a year, is booming with brands like Topo Chico (Coca-Cola), Bubly (Pepsi) and Perrier (Nestlé) giving brands like LaCroix a run for their money.

As of this month, a Milwaukee company has also hopped on the bandwagon.

Sprecher Brewing Co., 701 W. Glendale Ave., producer of 32 beers and 20 types of soda, is throwing its hat into the sparkling water ring with a new line of Craft Sparkling Waters. 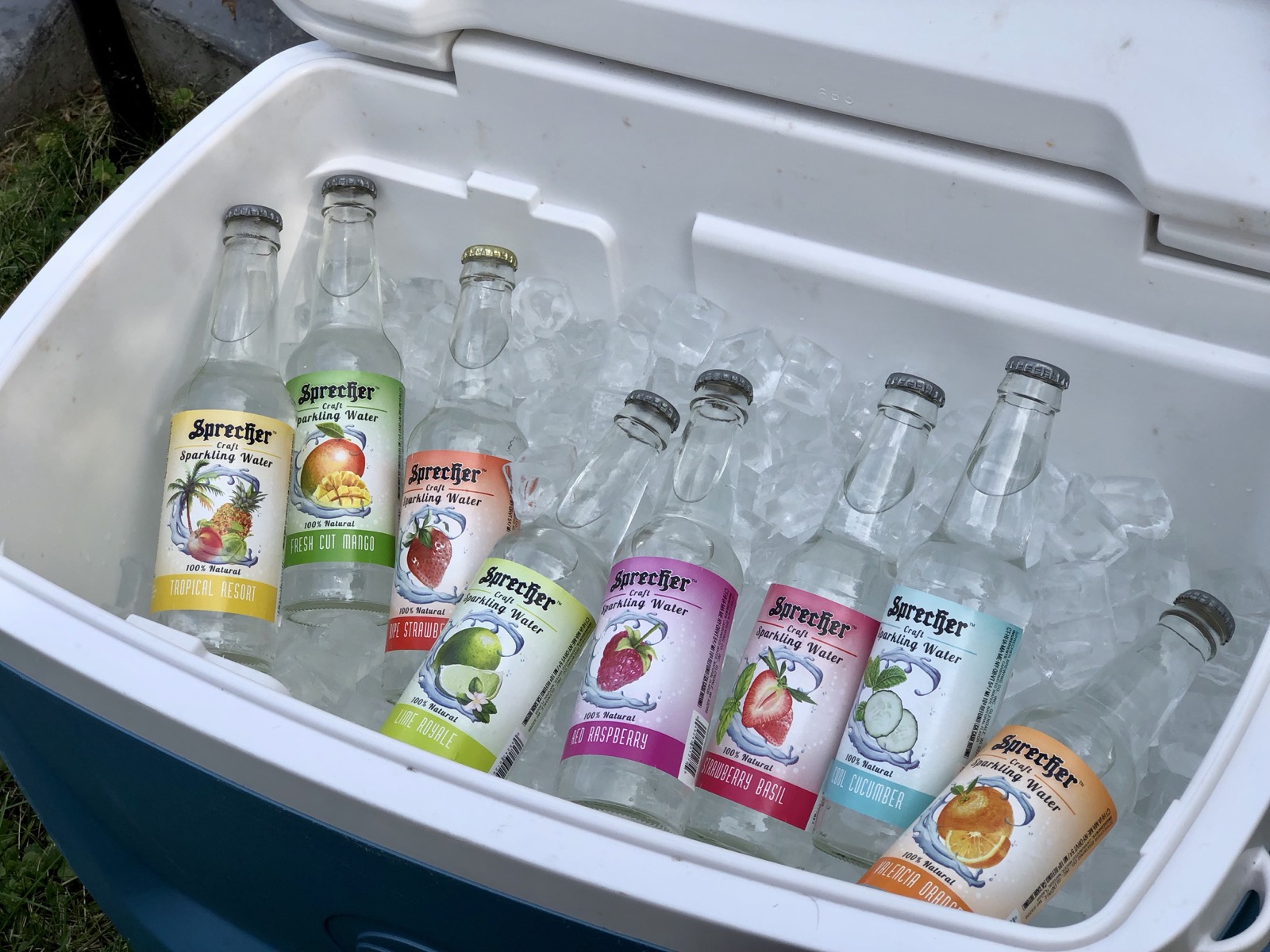 In development since September, the line features eight flavors – including Cool Cucumber, Lime Royale, mango, raspberry, strawberry, strawberry basil, Tropical Resort and Valencia Orange – which began making their way into the market earlier this month. And they promise a fresh take on traditional fruit-flavored water.

Behind the fresh, fruit-forward flavor profiles is Sprecher Brewmaster Craig Burge, who says he spent a significant amount of time tasting as many sparkling water products as possible before expressing confidence that Sprecher Brewing could compete in the market.

"The question for us always is: How do we ‘Sprecher-ize’ this?" notes Burge. "What do we do to make it a premium product?"

In this case, Burge says Sprecher focused on creating a sparkling beverage with superior flavor and aromatic elements.

"In the sparkling water market, there are a lot of waters that possess unnatural, almost medicinal flavors. So we really wanted to nail the real fruit flavor. We also wanted the water to appeal to all the senses, so we made sure it had the same type of fresh fruit aroma."

As Burge says, there's "raspberry" and then there's "fresh raspberry"... the Sprecher Craft Sparkling definitely falls on the fresh side.

From there, it was all about packaging the product in a way that communicated its quality. Rather than aluminum cans, the water is packaged in flint glass bottles adorned with eye catching modern labeling.

For Sprecher, the versatility of sparkling water was part of its appeal.

Not only is the water delicious on its own, but it makes a versatile mixer. Add a bit of sparkle to lemonade, tea or juice. Or use the water in place of plain seltzer in any number of cocktail recipes. 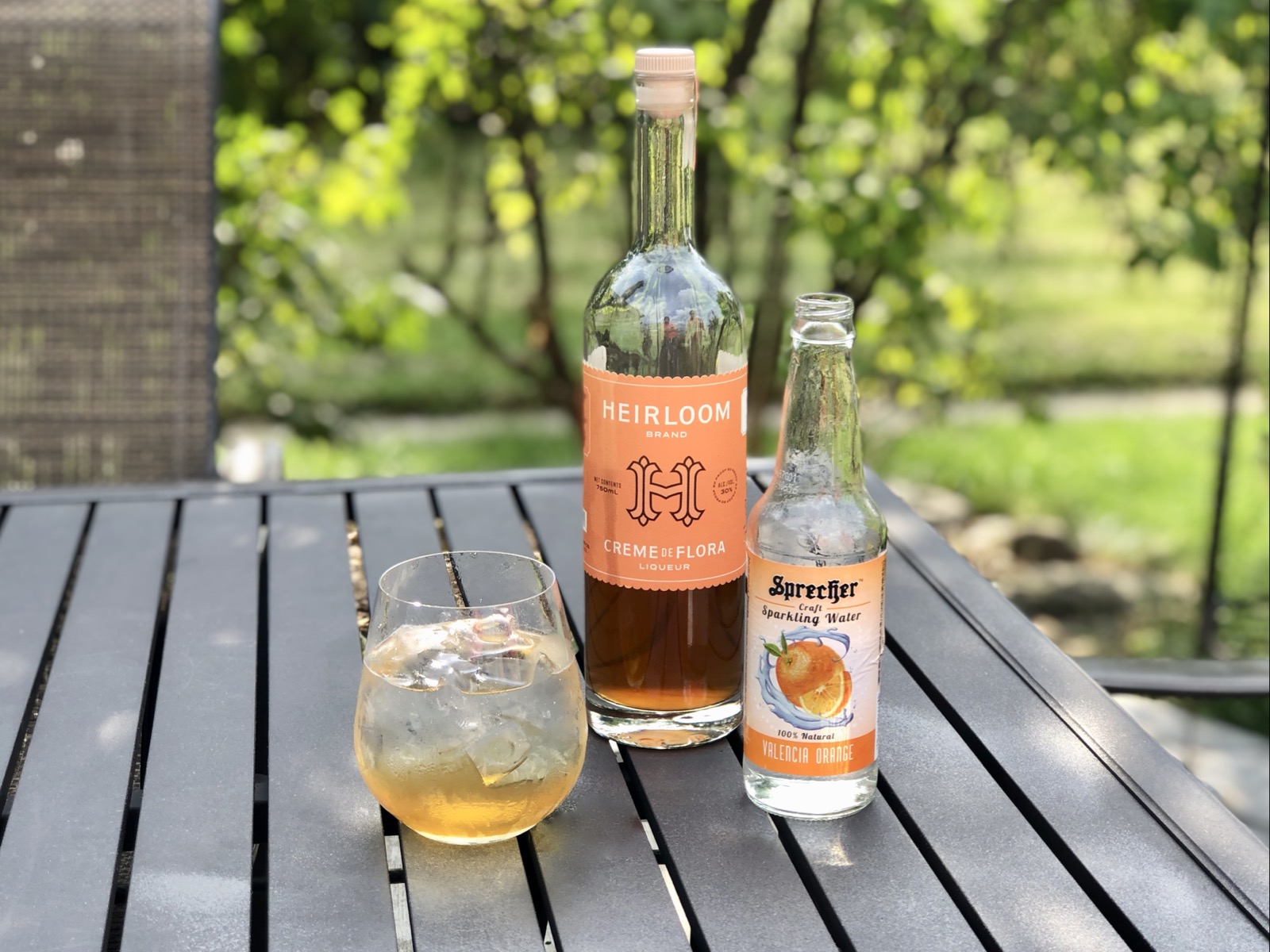 Measure ingredients into a chilled glass. Add ice. Garnish with orange or grapefruit.

In addition to flavored seltzer, Sprecher Brewing has also developed the first of a series of hard seltzers its calling The Zipper.

The new raspberry flavored beverage is currently available on draft at the brewery and at Sprecher Traveling Beer Gardens, as well as in a bag-in-a-box format for local bars and restaurants.

Also in development is Sprecher Old Fashioned Press seltzer, a hard sparkling water with all the flavor of a Wisconsin brandy old fashioned.

Stay tuned to OnMilwaukee for more on that exciting tidbit.

In the meantime, you can find Sprecher Craft Sparkling Water at the Sprecher Brewing Co. gift shop, Festival Foods and area Menards locations. The recommended retail price is $3.99 per four-pack.