In a booming hard seltzer market, how does a local craft beverage company stand out? If you're Sprecher Brewing Company, you differentiate yourself with a one-of-a-kind release that resonates strongly with the Wisconsin market.

Hard seltzer is big business in the beverage world. Current figures suggest the market has done $550 million in business in 2019 with 200 percent growth over the past year. In fact, UBS analyst Sean King reported that those numbers could reach $2.5 billion by 2021.

So how does a local craft beverage company stand out?

If you’re Sprecher Brewing Company, you differentiate yourself with a one-of-a-kind release that resonates strongly with the Wisconsin market.

Beginning this weekend, hard seltzer fans should be able to get their hands on the brewing company’s newest release, a low-calorie, low-carb Wisconsin Old Fashioned Press seltzer that weighs in at 4.5 percent ABV.

We hinted at the release of the new Wisconsin Old Fashioned Hard Seltzer in our recent article about Sprecher’s new line of Craft Sparkling Water; but at the time most of the details regarding the release were still under wraps. However, as of Thursday, Aug. 29, Sprecher began canning the product for release, just in time for the Labor Day holiday weekend.

The flavor profile for the new beverage was developed by Sprecher Brewmaster Craig Burge, who spent upwards of 20 years working as a bartender.

"I served a million old fashioneds," he says with a smile, "In probably 49 variations. And this project was actually a lot of fun for me."

His goal, he says, was to capture the distinct flavors of four key elements in a classic Wisconsin-style old fashioned: bourbon (Burge’s choice of spirit), orange, cherry and bitters.

"The challenge was really to put these things together and achieve the right balance," he says. "And we did. You get the prominent flavors of orange and bitters first, with a nice smooth vanilla-heavy bourbon and hint of cherry backing it up."

Pour the seltzer into a glass, he says, and you’ll get the same four ingredients in the aroma.

Once they dialed in the recipe, Burge says he conducted a tasting with the Sprecher staff.

"We were all on the same page in no time," he remarks. "Part of the trick was keeping in mind that this is sparkling water, not a canned cocktail. And I think we really nailed this. I was surprised by how much flavor we were able to incorporate. I don’t drink seltzer … but I’ll definitely drink this."

How does it taste?

We tried it this afternoon.

The new Wisconsin Old Fashioned Press Hard Seltzer is also joined by a second release, Raspberry Zipper, a hard raspberry flavored seltzer which has been featured on draft at the brewery and at Sprecher Traveling Beer Gardens, as well as in a bag-in-a-box format for local bars and restaurants. The raspberry is likely to be the first flavor in a line of forthcoming Zipper hard seltzer products. 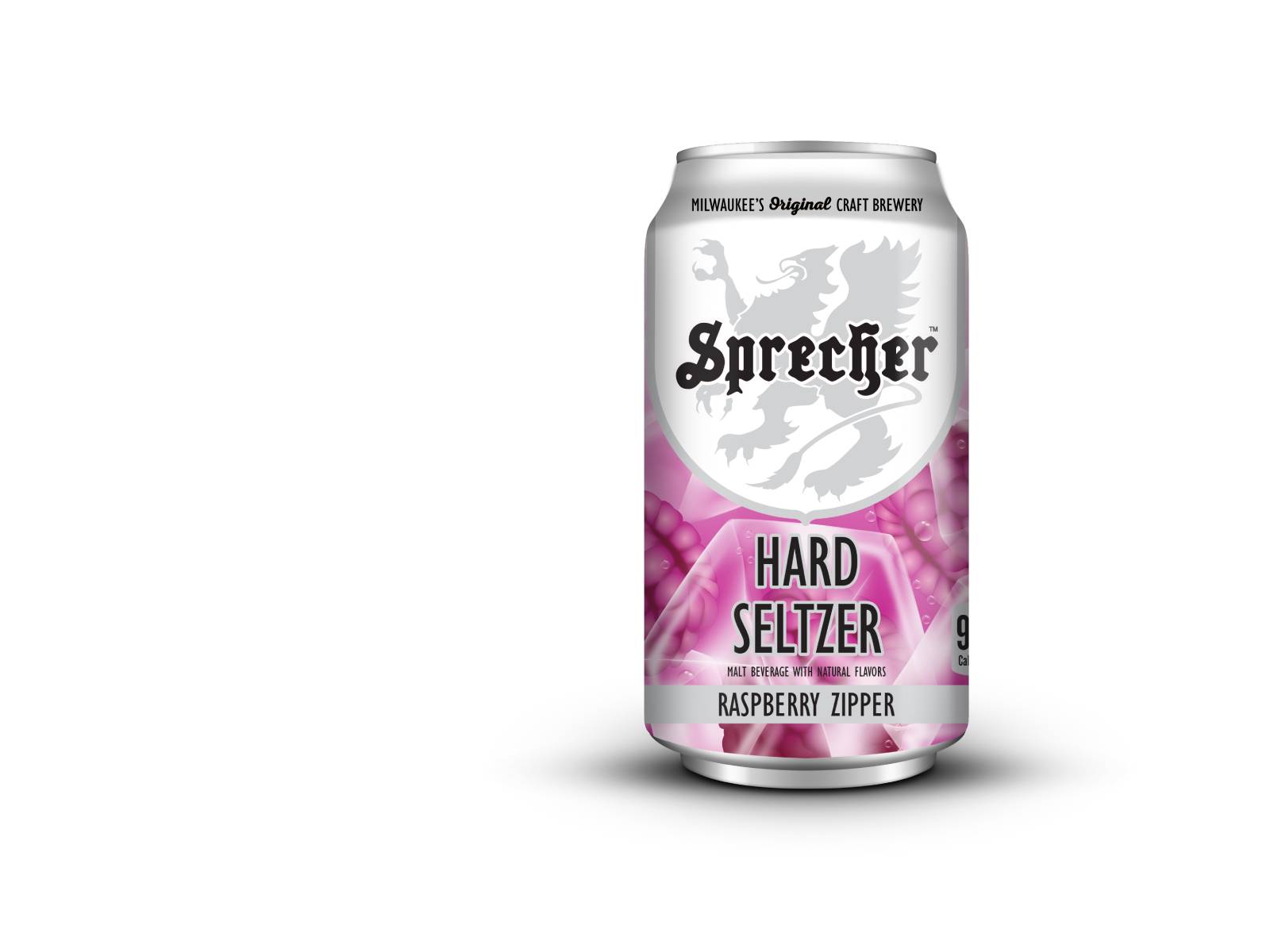 Where can you find it?

Both new hard seltzers are available now at the Sprecher Brewery gift shop (6-packs for $9), Milwaukee County Parks beer gardens and both Sprecher Restaurant & Pubs (Wisconsin Dells and Lake Geneva). Beginning next week, the seltzers will begin making their way into local liquor stores and beverage outlets via Beer Capitol in Southwest Wisconsin and General Beverage in Madison.