As a fan of architecture and an occasional traveler to Europe and its many churches, I've seen a fair number of crypts - burial chambers beneath houses of worship - but I've never seen one quite like the crypt beneath Cathedral of St. John the Evangelist, 812 N. Jackson St. See it for yourself this week.

As a fan of architecture and an occasional traveler to Europe and its many churches, I’ve seen a fair number of crypts – burial chambers beneath houses of worship – but I’ve never seen one quite like the crypt beneath Cathedral of St. John the Evangelist, 812 N. Jackson St.

The crypt is open for free tours on Saturday, May 4, from 12:30 until 3:30 p.m., as part of the Milwaukee Archdiocese’s 175th anniversary celebration in Cathedral Square Park.

While most crypts are dark and damp and often more than a tad spooky, the one at St. John’s is brightly lit, wood-paneled and carpeted, and looks more like a modern cemetery chapel than what many associate with crypts. 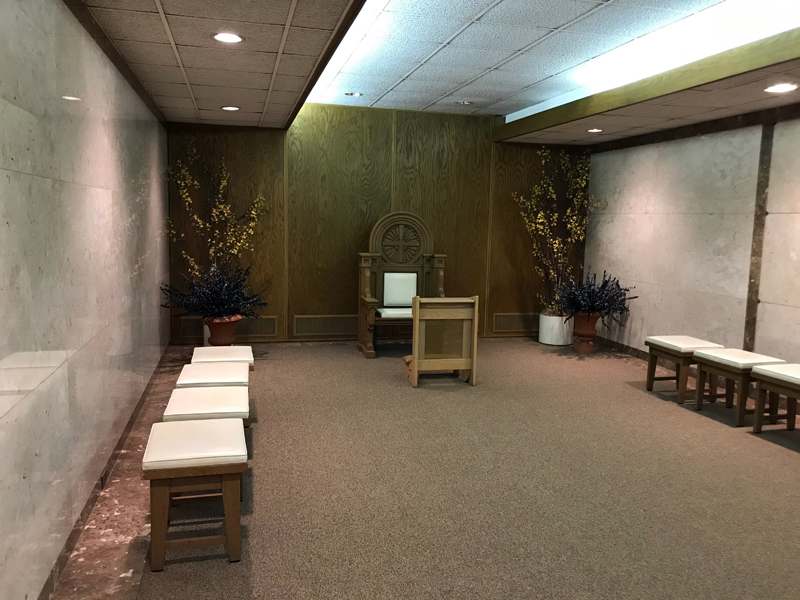 There is a prie dieu that bishops used for prayer and a few moveable seats, some potted flowering forsythia, and not really much else.

"It's, as you can see, relatively new," says Bishop Jeffrey R. Haines, who has offered to show me the space beneath the altar at St. John’s. "The original crypt – (Archbishop John Martin) Henni was in the Blessed Sacrament Chapel, which used to be the baptistry. Then when they built this – I think it was in the ‘80s – he was moved here." 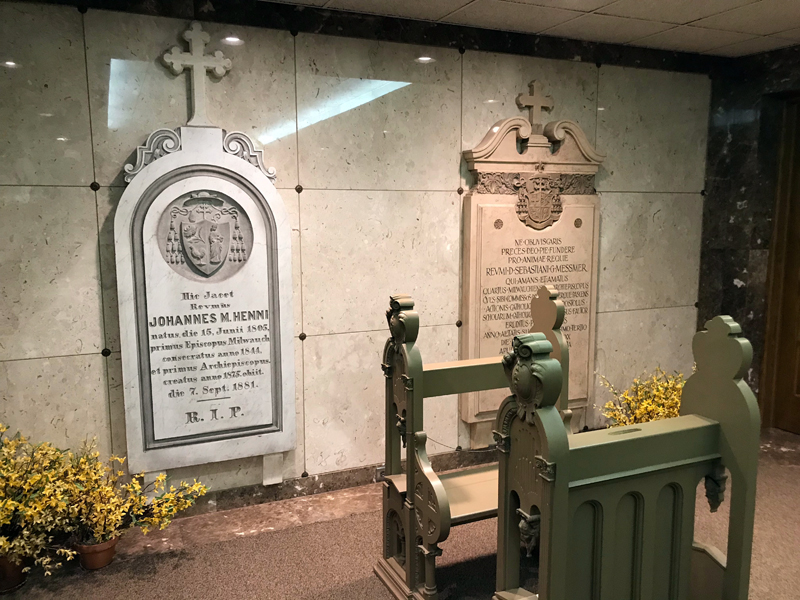 Although there is a plaque honoring Archbishop Sebastian Messmer, his body is interred in his birthplace in Switzerland, where he died during a visit.

There are plenty of vaults that remain empty at the moment – though one does hold a time capsule placed in 1993 during celebrations for the 150th anniversary of the archdiocese. 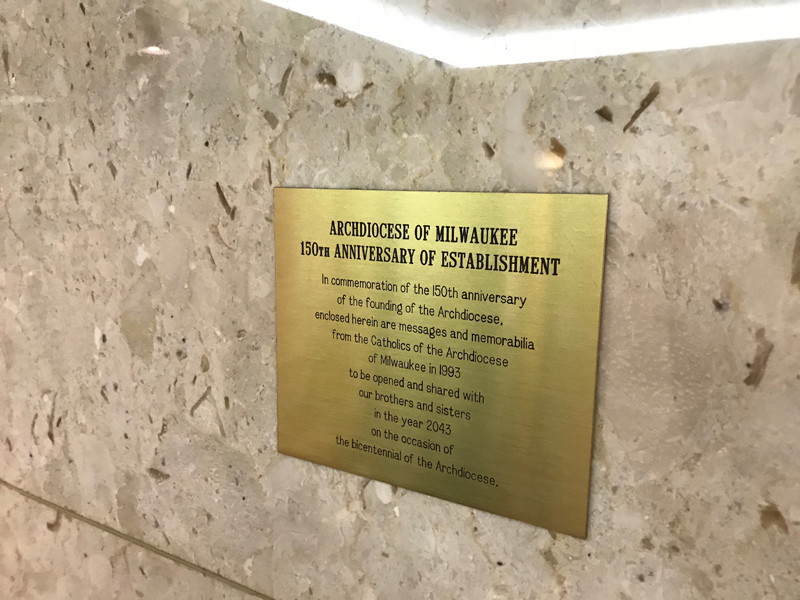 Of course, time will do its usual work.

I know that Bishop (Emeritus Richard) Sklba plans on being buried here, as well," says Haines, who goes on to explain how final resting places are determined.

"If he decides that he wants to and he's in good standing, he can be here. Usually you get buried where you end up. Like, (Cardinal Timothy) Dolan, if he stays in New York, he'll be there. But, a guy could say, ‘I don't want to.’ Like if you're in a religious community, you might say, ‘I want to go back to my monastery.’ So, eventually there will be a plaque here for (Rembert) Weakland and then Dolan and then (Jerome) Listecki, depending on where they end up. As you can see, we have a lot of space." 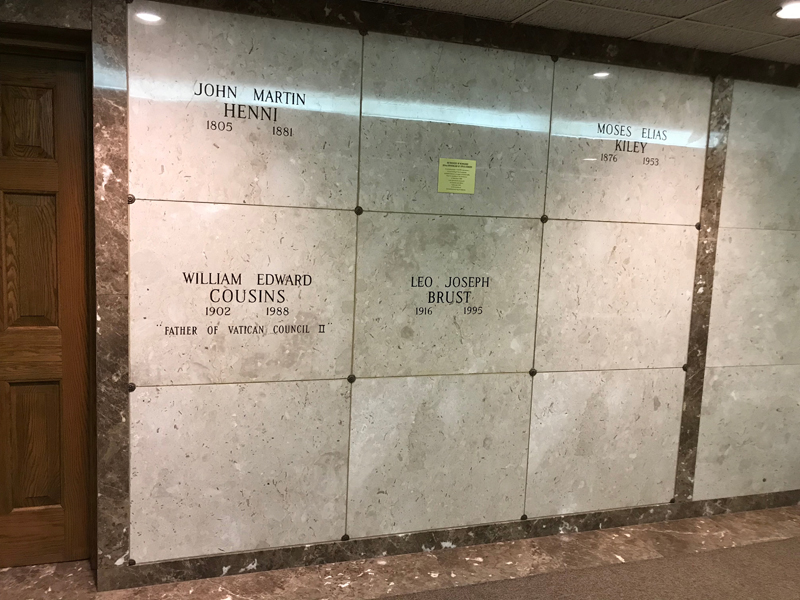 The room, which is peaceful and serene, as you’d expect, is a repository of archdiocese history, especially since Henni is interred there.

"He was from Switzerland," explains Haines, "and he went to school in Rome for a while and one of his teachers was a priest in the Kentucky and Cincinnati area and was telling tales of missionary work, which the U.S. was at the time. So he got infatuated. He decided to come and he finished his seminary in Bardstown, got ordained for the archdiocese of Cincinnati. 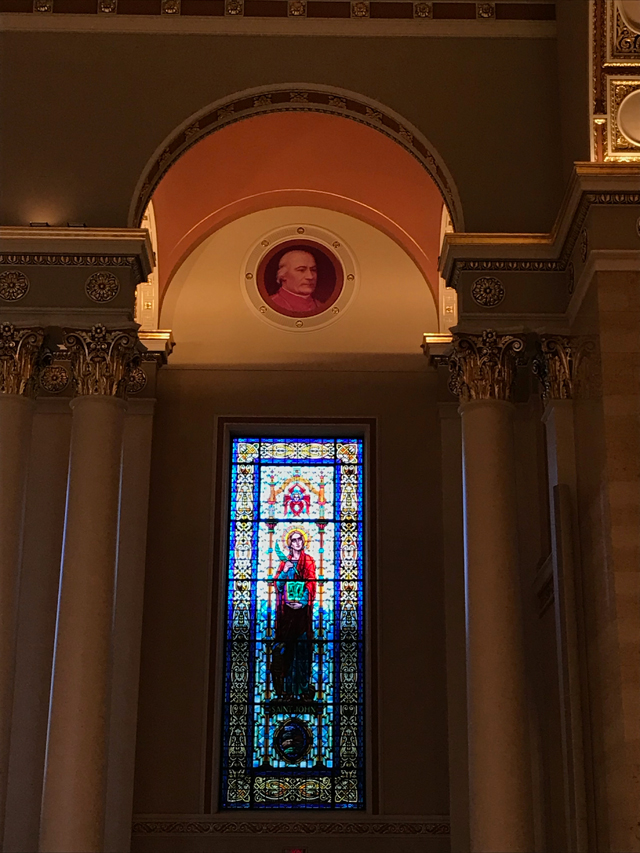 Henni's portrait can be seen in stained glass in the sanctuary above.

"He was ordained a bishop there and then arrived here in 1844. It's phenomenal what he did, because when we were named a diocese in 1843, we covered the whole state of Wisconsin, a good portion of Minnesota, including the Twin Cities and on some of the U.P. as well. So, I mean, the whole state."

In 1875, Henni lobbied Rome to make his area a little more manageable and dioceses were created in Green Bay and La Crosse, and later Superior and Madison.

"He was the guy who built this church (in 1847)," says Haines, referring to the building, but could well have added the entire archdiocese, really. "The original church he inherited was a little wooden chapel on Jackson and State. When he built this place, they sold that and it got moved and was used at Saint Peter and Paul, on the East Side. Today, it's at Old World Wisconsin, where you can actually go through it. 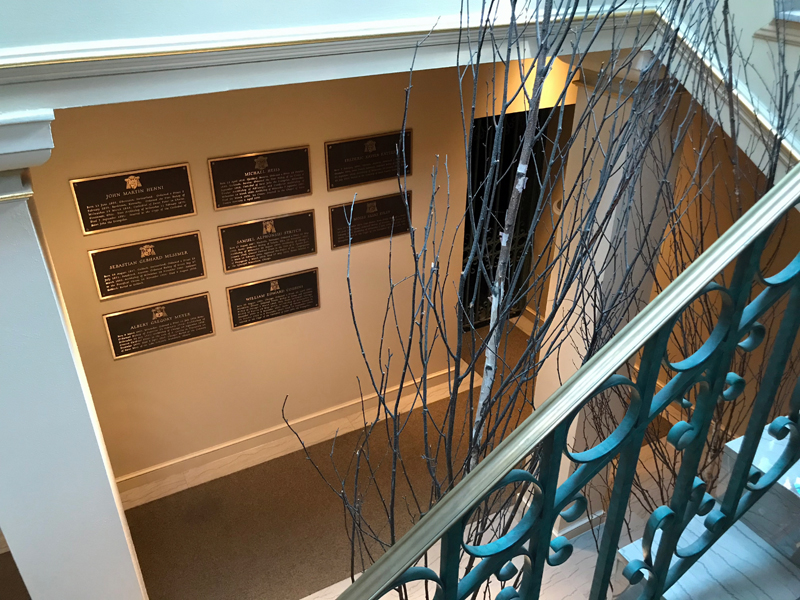 "He'd asked the Jesuits to come and they eventually did. He died in 1881, that was the year Marquette was started."

The crypt is fairly regularly visited, says Haines, but not open all the time. 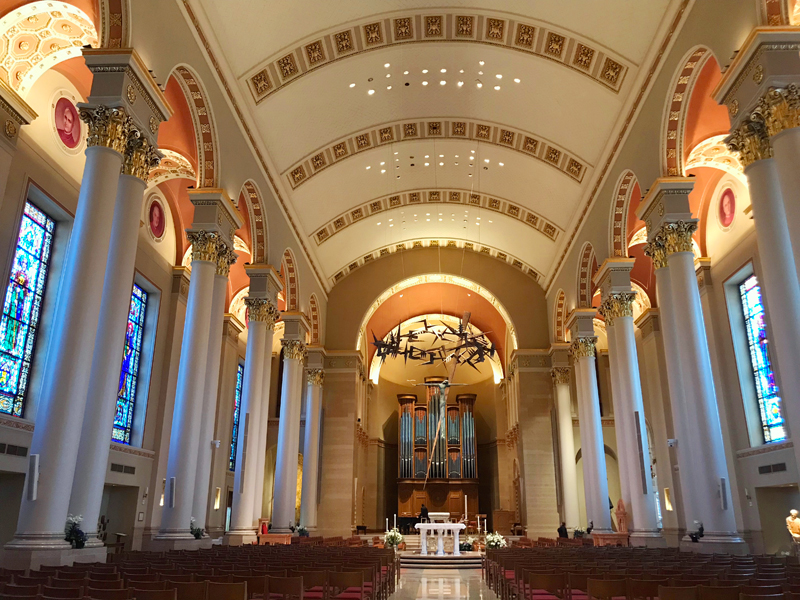 "We open up for tours and there are certain seasons that are really heavy on tourists," he says. "We've been part of the Doors Open Milwaukee for a number of years. When people come here on a regular church day, they can come down here, but it's not open. We have tours probably at least once a month after Sunday Mass.

"Then we have parishioners who can take people in here. When I'm around to do tours, like when school groups come, or parishes. We're really open during Bastille Days, when we do about five hours of tours a day. But, this is usually a part people don't get to see, and it's kind of a neat historic connection."