"Star Wars" opens tonight, so let's check in with Alderaan (the coffee shop)

Despite the ominous "Star Wars"-based origins of its name, Alderaan Coffee is still alive and thriving in its small corner of Milwaukee's ever-growing galaxy on North Water Street.

When opening a new coffee shop to compete with monoliths like Starbucks or even Colectivo, naming your spot after a fictional planet that was literally obliterated from the solar system by a humongous empire might seem, eh, a bit foreboding. But despite the ominous origins of its name, Alderaan Coffee is still alive and thriving in its small corner of Milwaukee’s ever-growing galaxy on North Water Street.

"This neighborhood is just growing like crazy; there’s been new buildings popping up seems like every five months or so," said co-owner Dave Neumann, pointing over to the massive recent developments at The North End just across the road, Fresh Thyme Farmer’s Market and the Rhythm apartment building just down the street. "But I feel like we have a niche in this neighborhood, and I think people like that we do a lot of things a little bit different."

All that activity made Alderaan’s timing perfect, quietly opening just three years ago as of last September inside the Flatiron Building at 1560 N. Water St., in a space Neumann – alongside co-owner and brother Daniel – helped put together by hand.

"All the furniture in here, with the exception of the chairs and the stools, we built all this," Dave explained. "We did all the metal work, all the woodwork. We did the A, the shelving, we poured the cement. We did all of this stuff, because we wanted something that was a little more unique. I had never welded before, and I had never worked with cement, so it probably took quadruple the time, but it was a fun learning experience – and I think it turned out pretty nice." 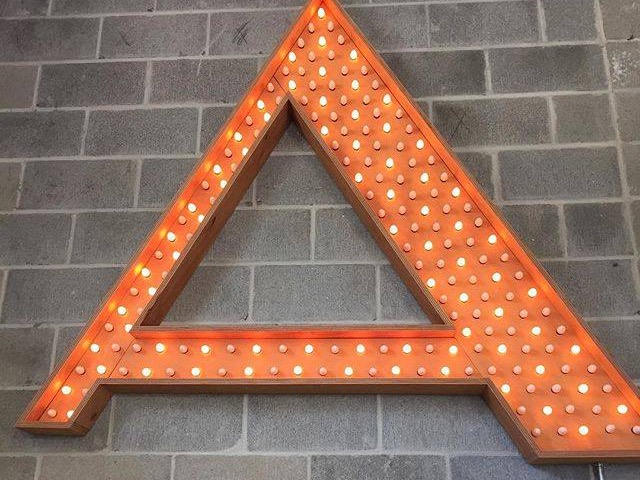 The result is a warm, intimate yet open space with a lovely honeycomb pattern centerpiece (not made by them, Neumann admits) leading behind and above the counter. But considering Alderaan’s name, maybe the most notable part of the coffee bar’s aesthetic is what’s not on the walls: anything "Star Wars."

"Right away, we decided we didn’t want to go too far," Dave noted. "We’re very serious about the coffee, so we wanted to make sure that, even if we’re having fun with the name, the focus is on coffee and the quality of the coffee, not models hanging from the ceiling." 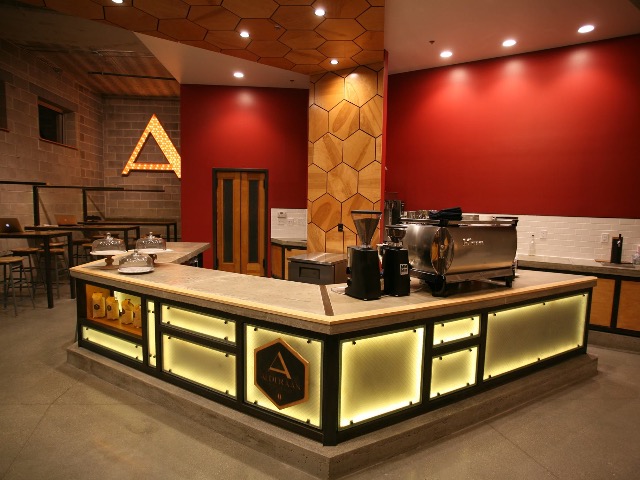 Alderaan is indeed very serious about its coffee, making all of its syrups in-house, using actual chocolate for its mochas and, when it comes to the beans themselves, rotating in seasonal varieties from different roasters across the country.

But don’t let the lack of "Star Wars" décor fool you: The Neumanns are also serious about their fandom. While the walls are sparse on lightsabers or stars, the force is still strong inside Alderaan, where the Wi-Fi password is "skywalker" and the house espresso is the "Imperial Blend." On Star Wars Day (May 4, for any rookie Wookies out there) the baristas are encouraged to dress up for work, and for Friday’s big "The Last Jedi" release, anyone that comes in dressed as their favorite character from "Star Wars" will get a free coffee. 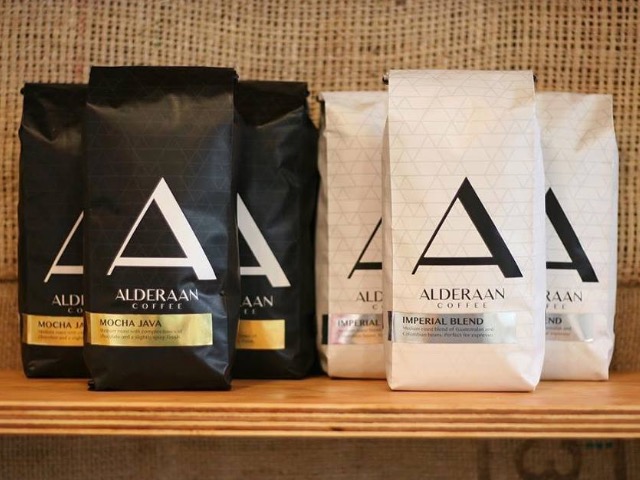 "We’re both huge ‘Star Wars’ fans – since we were kids," Dave recalled. "I was born in ’77, the year the first movie came out – I obviously didn’t see that – but my mom’s told us stories of taking us millions of times to see the original movies in the theater as we got older. But we’ve been huge fans our whole lives, and we just wanted to have some fun with the name."

And according to Dave, the customers have fun with it, too.

"We got a lot of jokes from people saying, ‘Make sure the Death Star doesn’t open up across the street,’" he laughed.

Luckily, there’s not a lot of space across the newly developed street for a fully armed and operational battle station, so Alderaan Coffee should be safe for many more "Star Wars" movies to come.

A disturbance in the Force: Riverside hosts "Empire Strips Back" burlesque show

5 reasons why the new "Star Wars" could be great ... and why it might suck