The beer garden, which has been putting final touches on its menu and space for the past couple of weeks, will officially open to the public on Friday, Aug. 23 at noon.

Mark Lutz, owner of the West Allis Cheese & Sausage Shoppe at 6832 W. Becher St., has had a busy summer. Construction is well underway for Becher Meats, the forthcoming butcher shop at at 2079 S. 69th St.

And construction wrapped up the end of last week for Station No. 6, a brand new four-seasons beer garden located just to the east of the cheese shop at 6800 W. Becher St.

The beer garden, which has been putting final touches on its menu and space for the past couple of weeks, will officially open to the public on Friday, Aug. 23 at noon. And if my inaugural visit was any indication, the new beer garden will soon be a true West Allis destination. 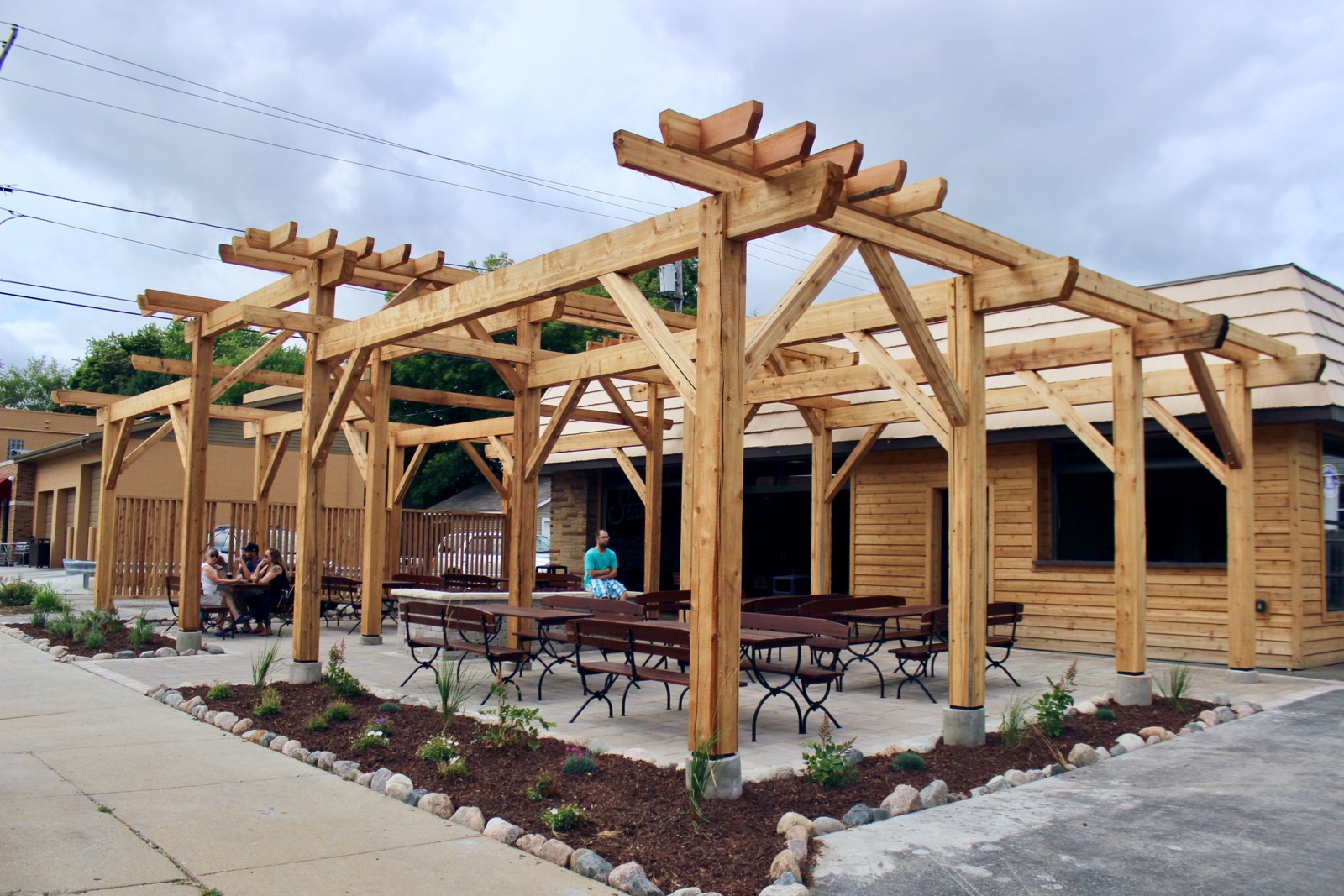 The new venue is multi-faceted, offering guests outdoor seating at spiffy beer-garden style picnic tables sheltered partially from the sun by a cedar pergola. A gas fire pit provides not only a showpiece for the well appointed stone patio, but also warmth for cool summer nights and sunny Wisconsin winter days. 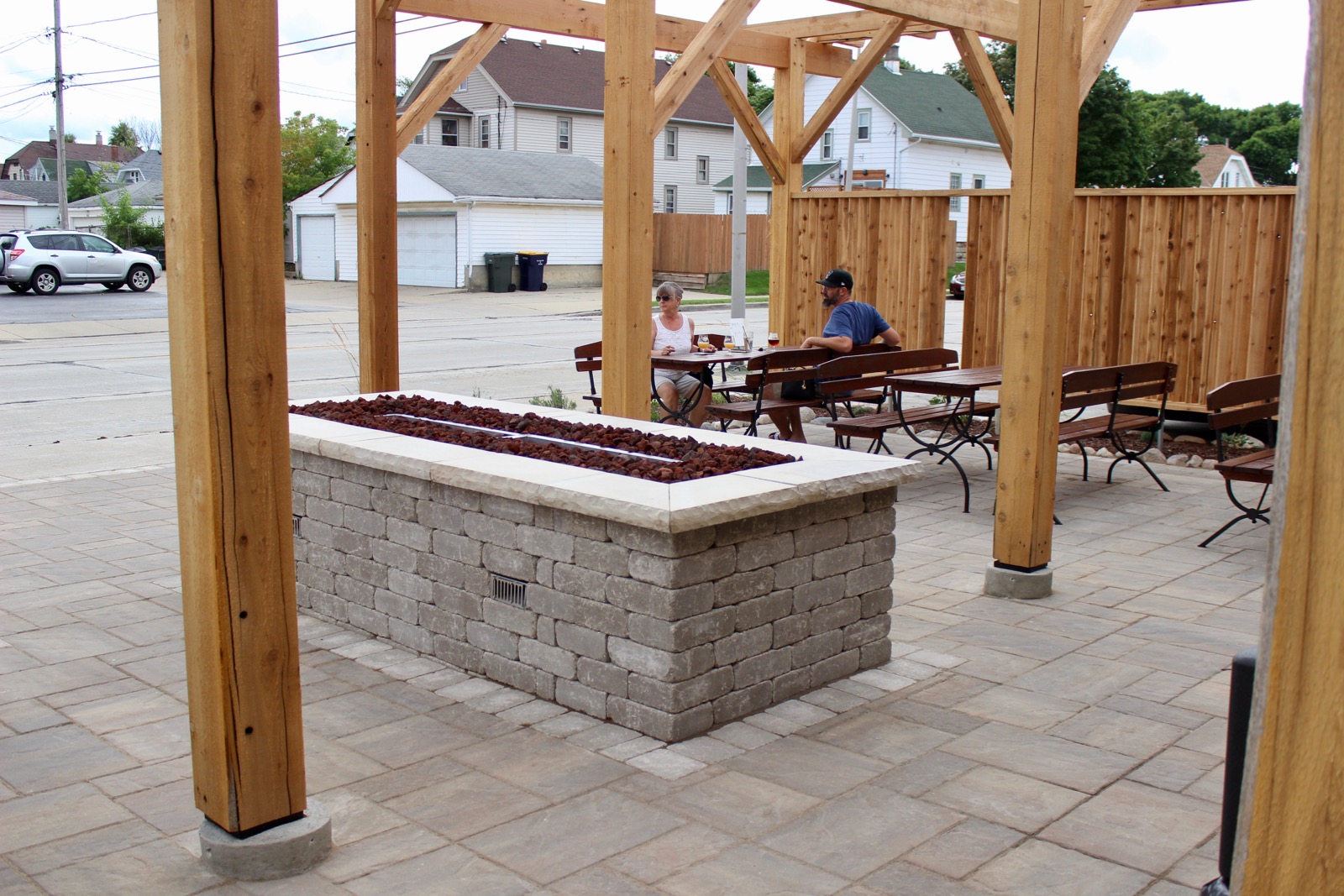 Meanwhile, a triad of adjustable garage doors welcome guests into the beer garden’s indoor area, which offers open air seating during clement days and shelter from rain, wind, snow and sleet during the colder months.

Inside, folks will find modern rustic design incorporating brick, cement and wood. A long cement bar, which seats about 10, set against a sexy curved back bar covered with decorative wood. The bar is augmented by two- and four-top table seating for around 24 and bar-style seating for about five more guests facing the beer garden. 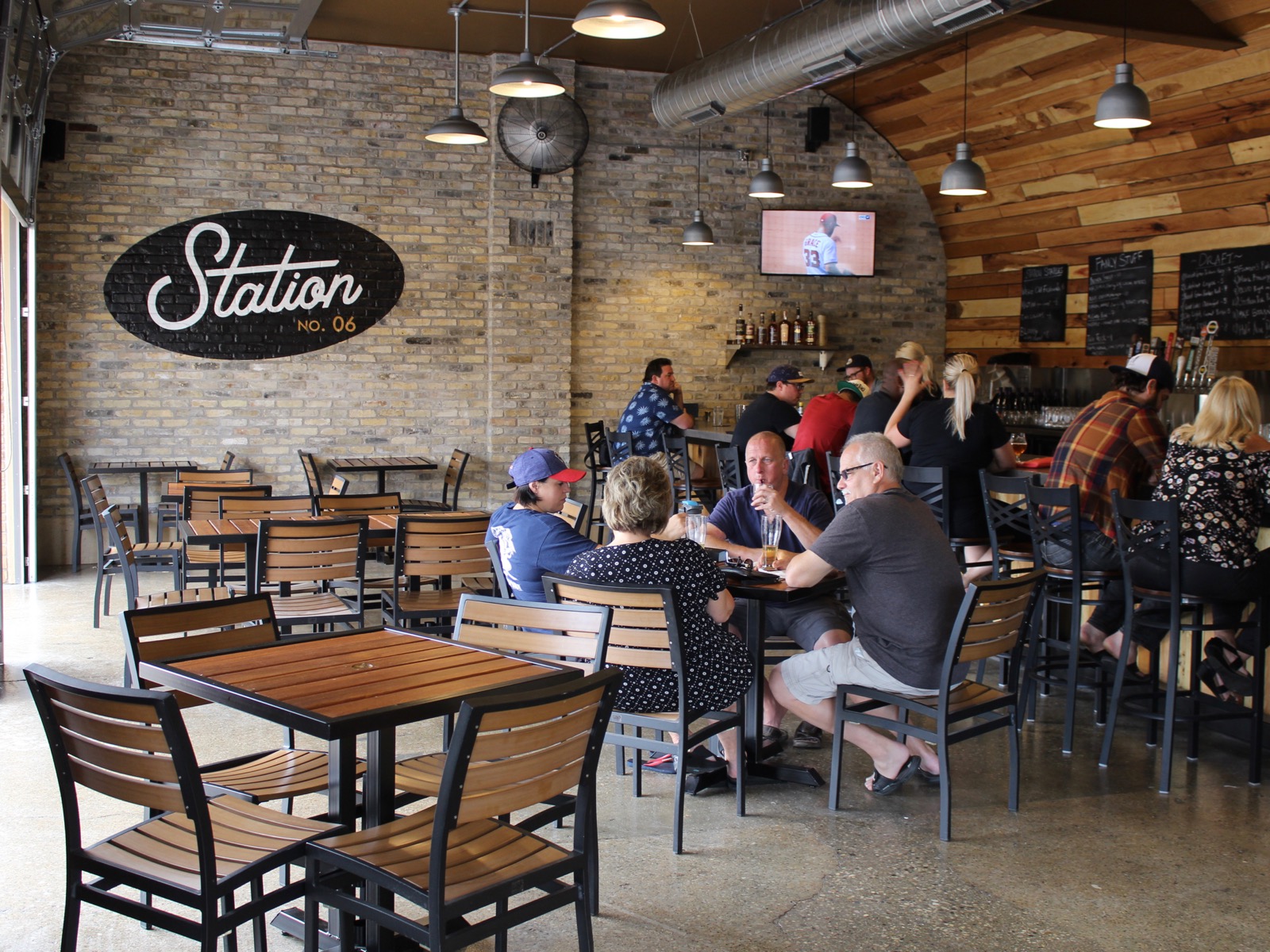 Station No. 6 is named in honor of its location, which was formerly the A.R.S. Auto service station, as well as 1906, the year during which West Allis was officially chartered as a city.

"We’re seeing a renaissance in West Allis," notes Station No. 6 General Manager Miles Patzer, "There are so many new developments and venues, with more to come in the area. And we want to be front and center of that rebirth." 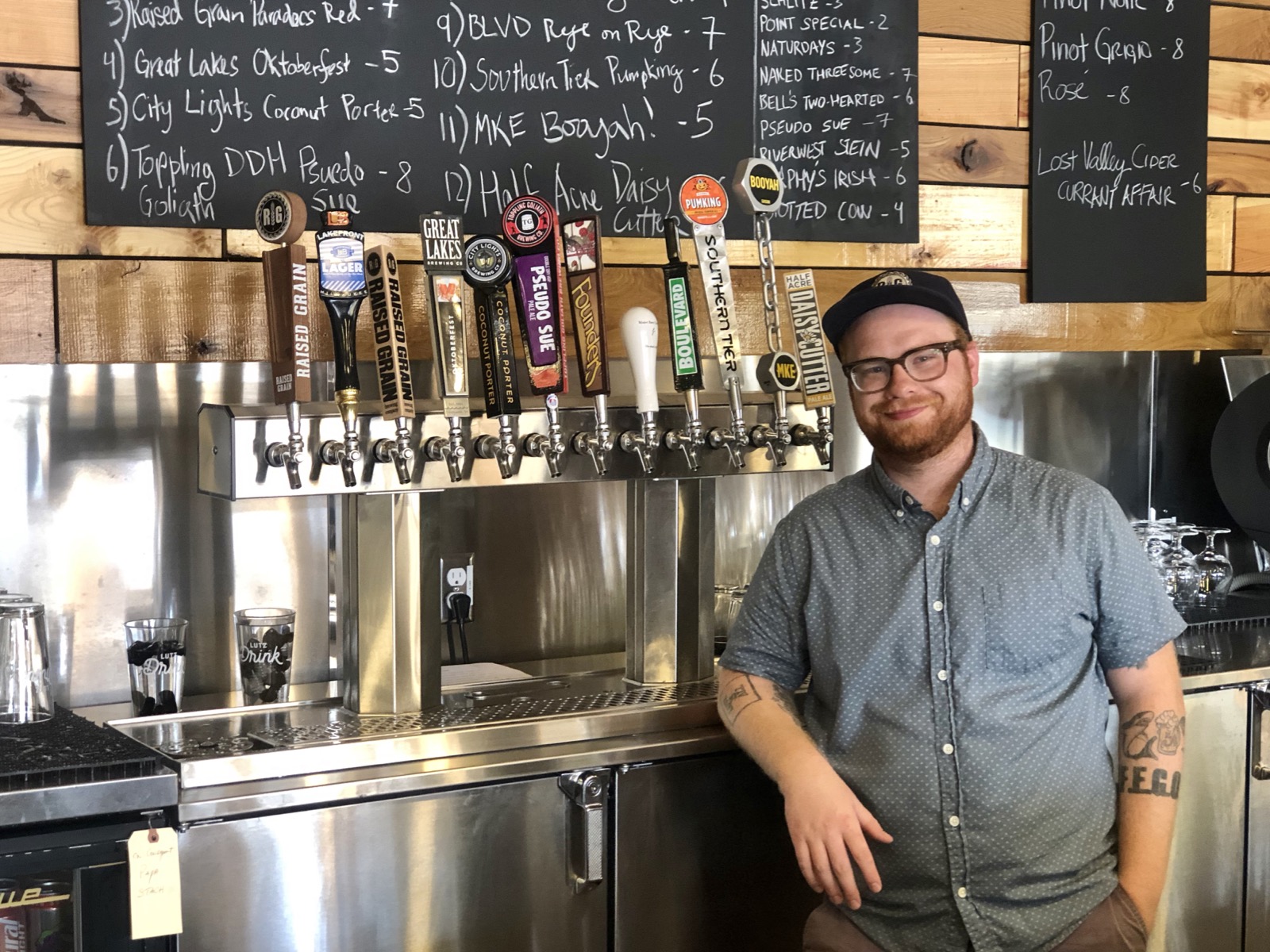 Patzer, a West Allis native and former employee of Raised Grain Brewing Co. in Waukesha, will manage the new beer garden, lending his craft beer and general beverage expertise to the new venue.

Offerings at Station No. 6 include a rotating selection of 12 craft beers on tap, along with cans of domestic and international staples.

"Every bar in the area has beer," notes Patzer, "But our goal is to have an ever-changing collection of less common – and sometimes rare – domestic craft brews on tap." 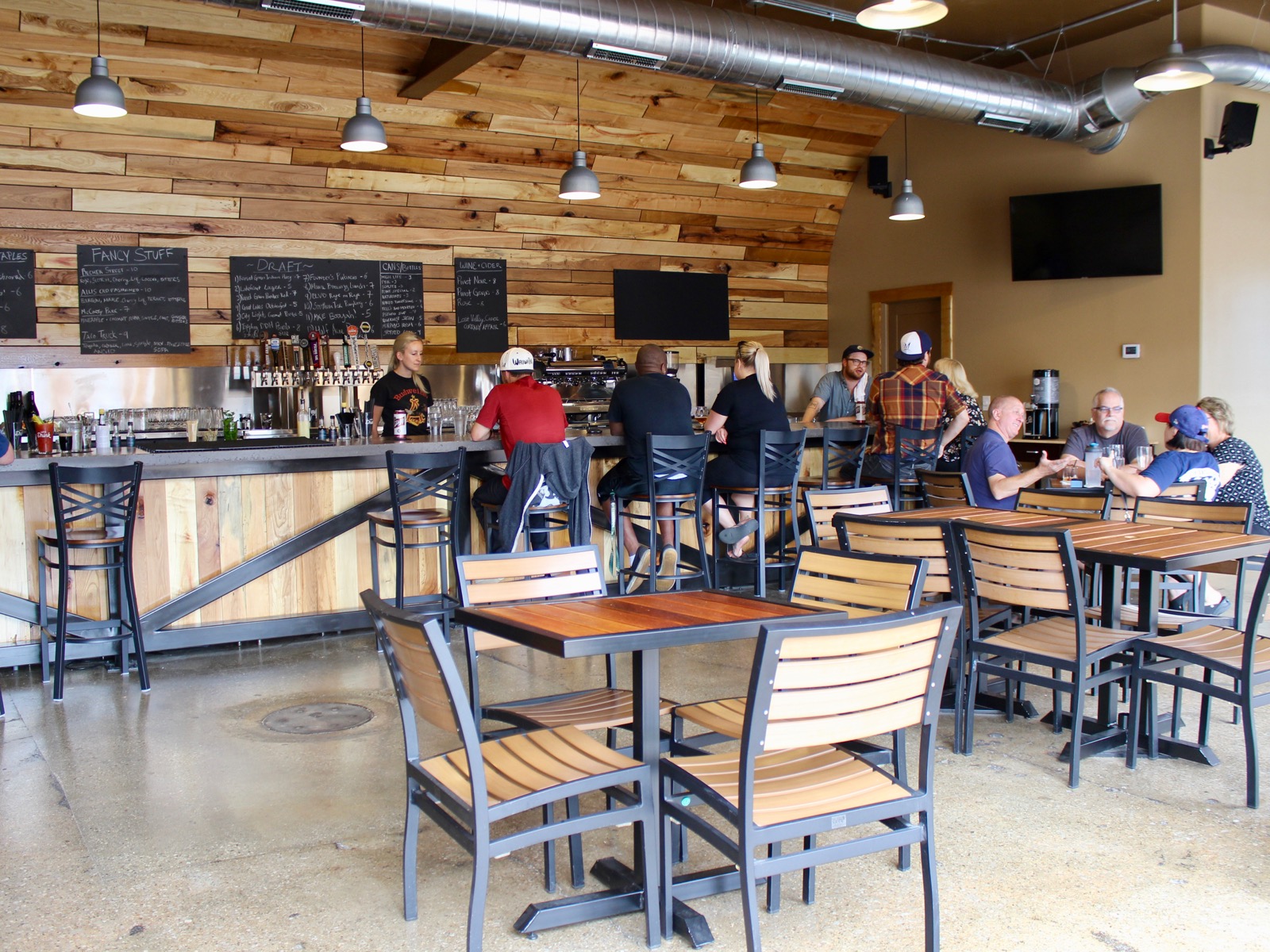 For instance, the opening menu will include the delicious dry-hopped Pseudo Sue from Toppling Goliath as well as Ommegang Brewery’s Three Philosophers, a wine barrel aged Belgian quad that hasn’t seen distribution in the area. All beers will be priced $4-9 per pint.

Not a beer lover? Station No. 6 has you covered with a fine collection of higher end spirits and a menu of cocktails, priced $7-10. Standards will include a West Allis (Wisconsin) style brandy old fashioned, martini and Tom Collins along with a rotating list of five or so signature cocktails.

Among them, Patzer says, is The Allis (the Station No. 6 house old fashioned), the Becher Street (a riff on the Manhattan), the Italian Westallion (a blood orange negroni riff), McCarty Park (a coconut pineapple daiquiri) and The Taco Truck (Patzer’s take on a margarita featuring a combination of tequila and cachaça, Ancho Reyes liqueur, pineapple soda and lime). 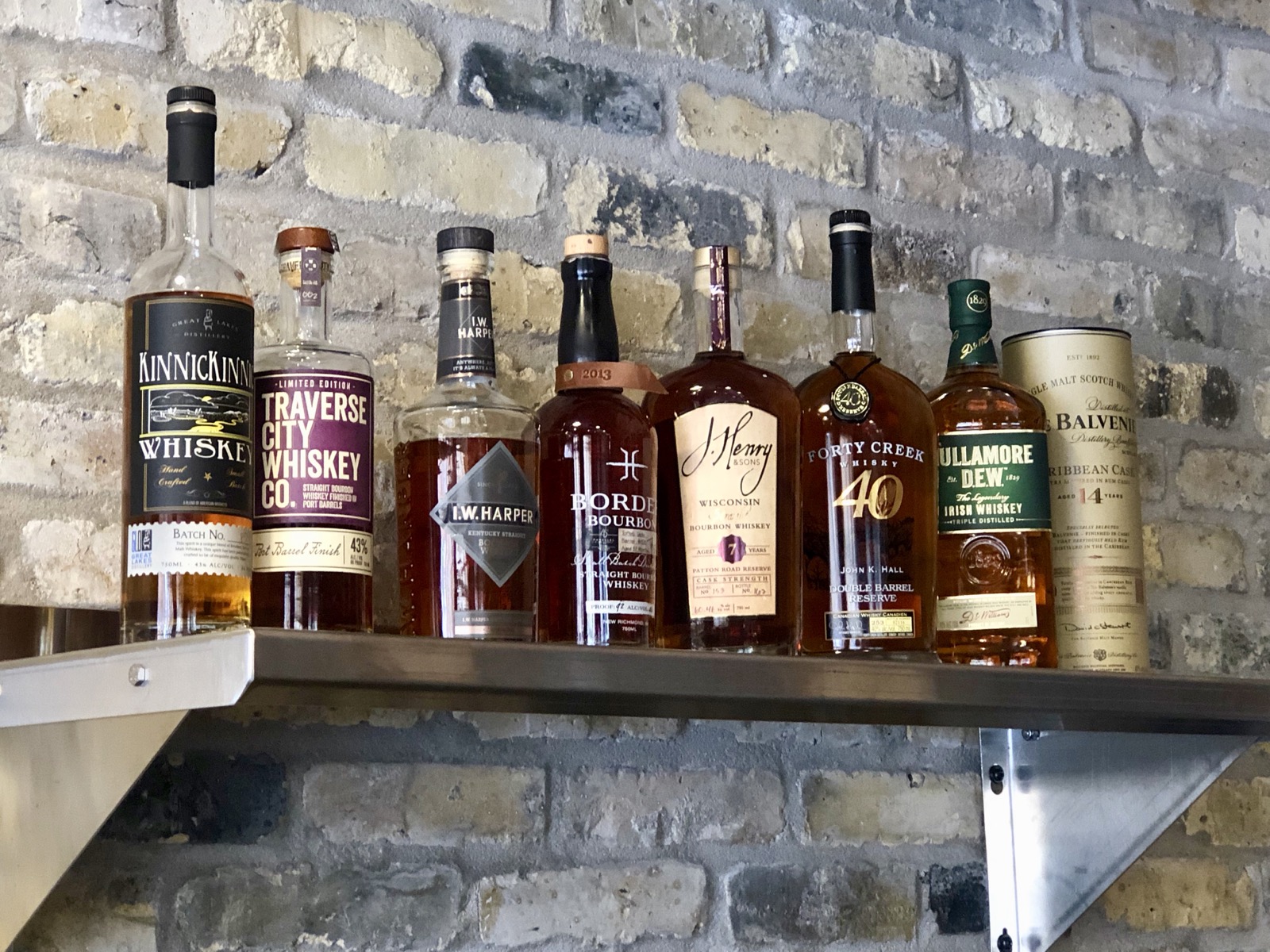 Patzer says they will also stock a collection of 10-12 higher end spirits for the cocktail crowd. Some will be one-off sippers, others simply upgraded ingredients to add to cocktails. "We’ll treat it much like we do the craft beer list," he says. "Some selections might stay for a while, others will be gone when they’re gone. But there’s likely to always be something new for people to try."

Station No. 6 will also serve up a collection of Bloody Marys, some made with the newly launched Lutz Bloody Mary Mix (priced $10-11). Patzer says he’s currently working on a recipe for a Bloody he’s named "Hot Blooded," which contains a combination of roasted tomato habanero hot sauce and Ancho Reyes chili liqueur. 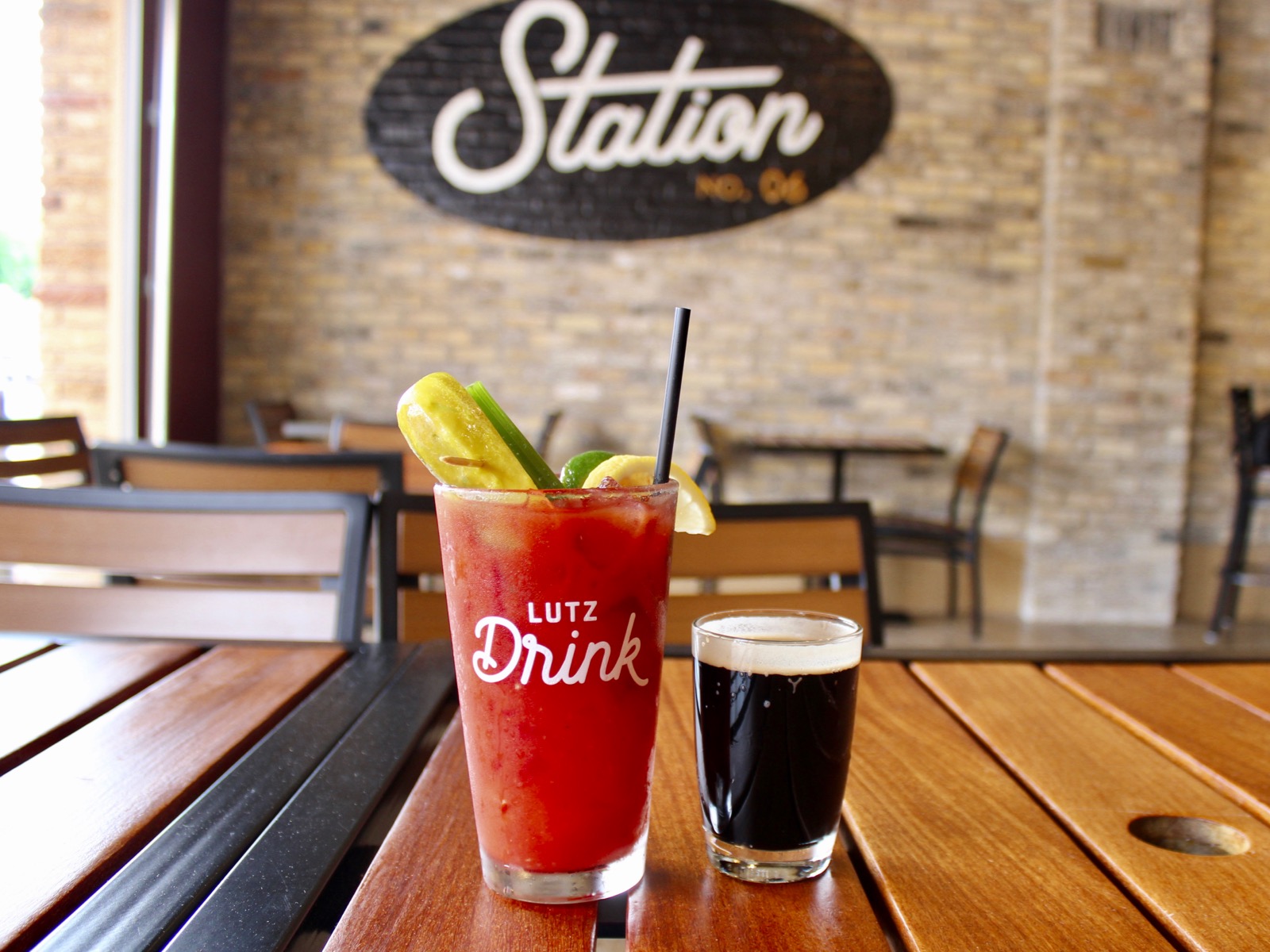 For those who’d prefer to forego alcohol altogether, the beer garden will offer basic coffee service featuring espresso, cappuccino and basic lattes made with custom blended Stone Creek Coffee, along with two tap cold brews, one from Stone Creek and another featured selection from an area roaster like Pilcrow or Hawthorne. Chai tea, as well as a selection of teas from Rishi will also be available. 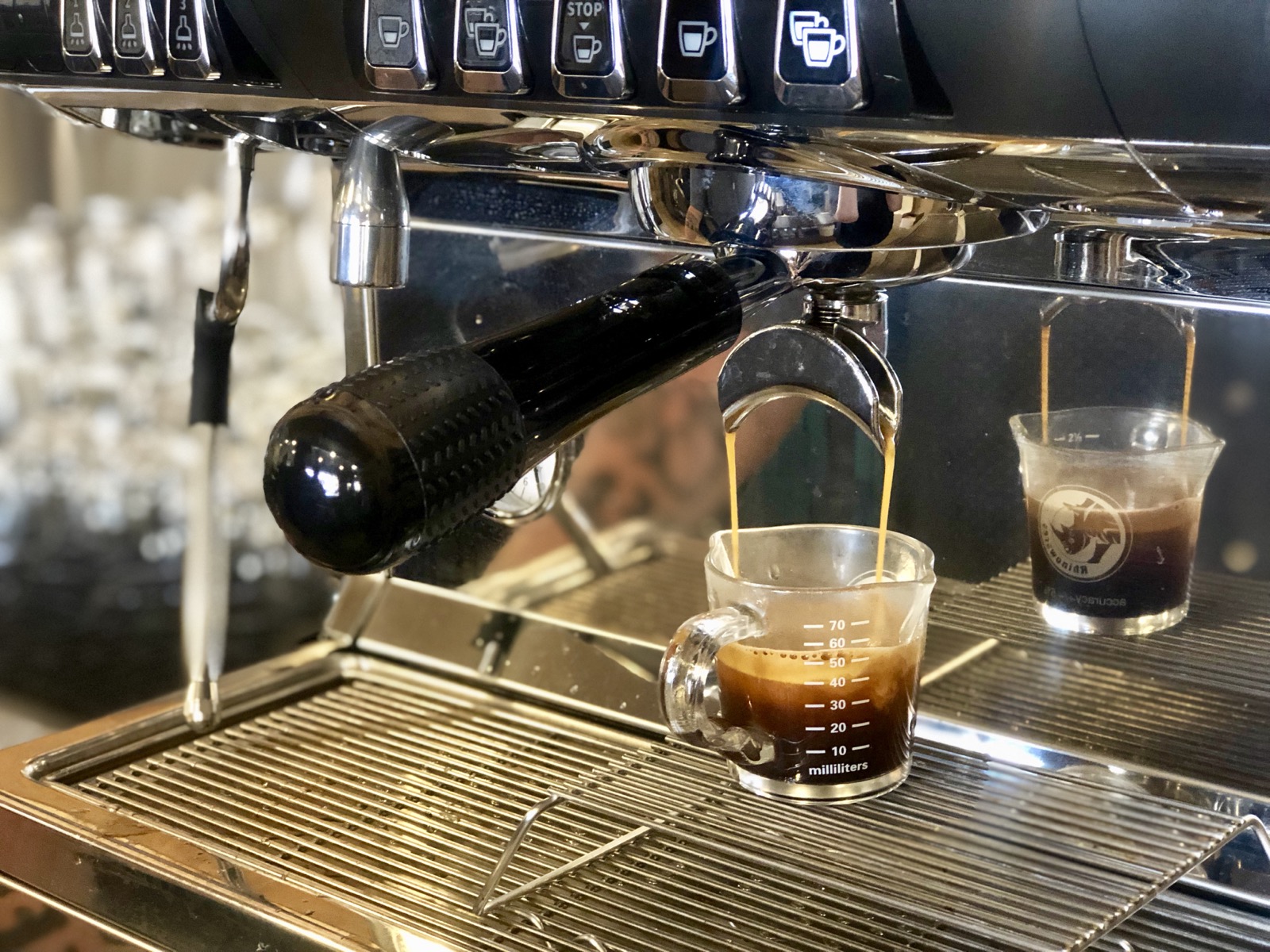 As for food, Station No. 6 will stock basics including a house snack mix to be enjoyed alongside beer or cocktails and cheese plates. However, guests are invited to call in food orders for delivery from the West Allis Cheese Shoppe Cafe or Wild Roots restaurant, located just across the street.

The Tap Yard preps beer gardens at Bayshore and Waukesha