St. Josaphat gets a lift with new sandstone

Yesterday, St. Josaphat Basilica, 601 W. Lincoln Ave., got some new sandstone to replace exterior stone that had deteriorated. Crumbling stones were replaced with new 9,000-pound blocks from the same Ohio quarry as the originals.

Though the basilica is 115 years old, the materials used to build it – right down to the doorknobs and light fixtures – were salvaged from the old U.S. Post Office and Custom House in Chicago, which was completed in 1880, but partially occupied the year before. So, much of the stone was quarried in the 1870s. Everything arrived in Milwaukee on 500 railroad flatcars. 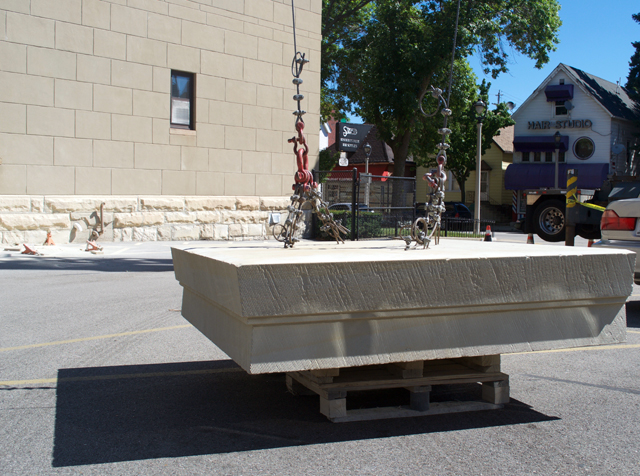 It must've been fun for architect Erhard Brielmaier to assemble those pieces into a new building of completely different design.

As part of restoration work that’s been ongoing since 1991, five crumbling stones were replaced Monday with new 9,000-pound sandstone blocks quarried in the same quarry in Sciota, Ohio, as the original stones used to build the Chicago Post Office. 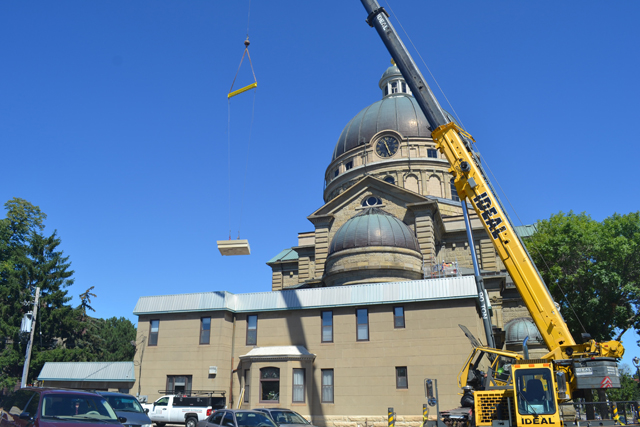 Using stone from the same quarry was not only a cool idea, but also a requirement for maintaining the church’s landmark status.

According to a statement issued by The St. Josaphat Basilica Foundation:

"These replacement stones are a portion of the first ‘emergency phase’ of the basilica Foundation’s current capital campaign to raise $7.5 million for restoration of the basilica. Several masonry areas are in need of immediate attention, so the project is taking place this summer rather than waiting for the funding to be completed. The local Landmark is in need of the Milwaukee community’s support to complete its fundraising campaign and finish the critical restorations. 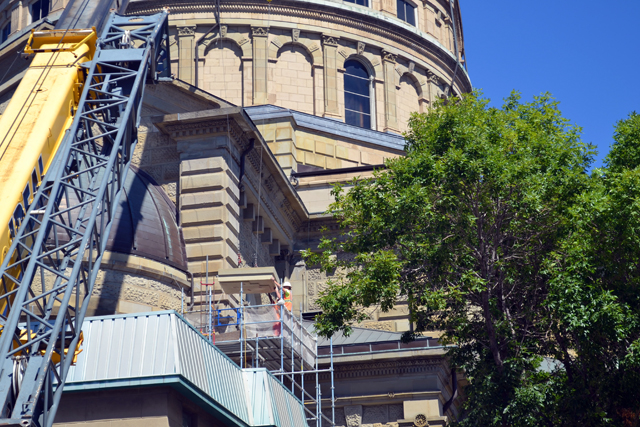 "The stones need to be replaced to slow the loss of building ornamentation, prevent water infiltration, improve safety from falling pieces and restore the decorative elements. It will also prevent further deterioration and damage of the priceless artworks on the interior ceilings and walls of the basilica."

Climb up to the top of the basilica with me here.