Twitter hook-up: Streetza Pizza "proves it" to Marcus Lemonis of "The Profit"

Despite persistent conjecture that Twitter is a dying social media platform, it appears that there's still a lot of magic to be had in a simple tweet.Take for instance the recent tweets between Streetza Pizza and Marcus Lemonis of The Profit.

Despite persistent conjecture that Twitter is a dying social media platform, it appears there’s still a lot of magic to be had in a simple tweet.

Take for instance the recent tweet from Milwaukee’s Streetza Pizza food truck, which prompted an early morning response from CNBC’s "The Profit" star, Marcus Lemonis himself.

Prove it. I’ll buy lunch for my office Thursday next week. Yes or no. Drive is 50 minutes from Milwaukee. #TheProfit https://t.co/QpyBJKd8qn — Marcus Lemonis (@marcuslemonis) July 13, 2018

And when Lemonis issues a challenge, any smart entrepreneur responds. In fact, it took co-owner Scott Baitinger less than 45 seconds to take him up on his offer.

Very much so yes! We look forward to serving you on Thursday. I DMed our contact information and we can start the party planning when you are ready. https://t.co/jj2pFVd2cm — StreetzaPizza (@streetzapizza) July 13, 2018

The next morning, Baitinger says he got a call from Karen Porter, Lemonis’ right-hand woman. And, within days, he had clearance from the State of Illinois, the Lake County Health Department and the Town of Lincolnshire to bring the food truck down to the Camping World offices for lunch on Thursday, July 19.

Baitinger admits he had no idea what to expect. But he, Streetza co-owner Steve Mai and colleague Paul Pausha, packed up the truck with enough pizza and salad for 125 Camp World employees and headed off to Lincolnshire.

As luck would have it, on the way to Illinois, the transmission in the truck decided it wasn’t going to shift beyond second gear, resulting in a very slow 70-mile drive.

Baitinger was nervous during set-up, shakily stickering over 100 cupcake containers with branded stickers. But as the crowds lined up in droves, you could see his shoulders relaxing a bit as he greeted the lines of hungry customers. 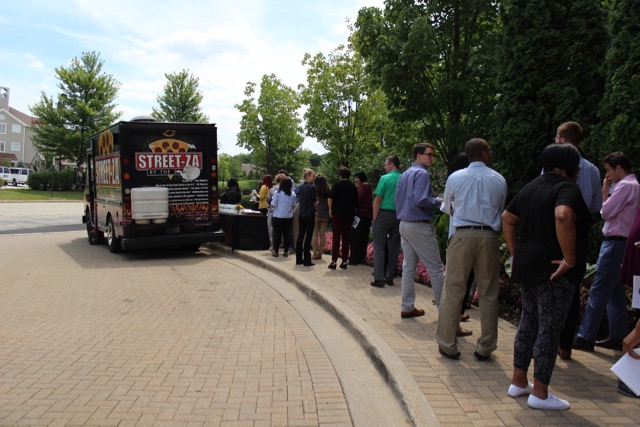 They sampled a variety of Streetza slices (many returning for seconds), including the cheese, pepperoni, veggie and local favorites like the Brew Crew Sausage Race Slice (featuring bratwurst, hot dogs, chorizo, Polish and Italian sausage), A Slice of Milwaukee (sausage, pepperoni, mushrooms, roasted garlic, onion, mozzarella, provolone and parmesan) and the Mac & Cheese & Bacon, which is pretty much exactly what it sounds like. 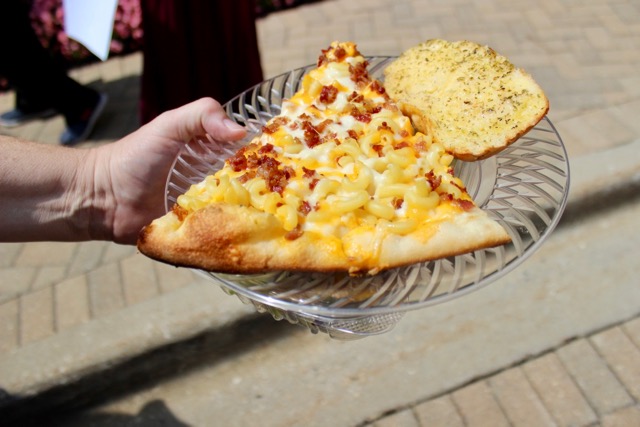 There was also garden salad, garlic bread and cupcakes from Classy Girl Cupcakes. 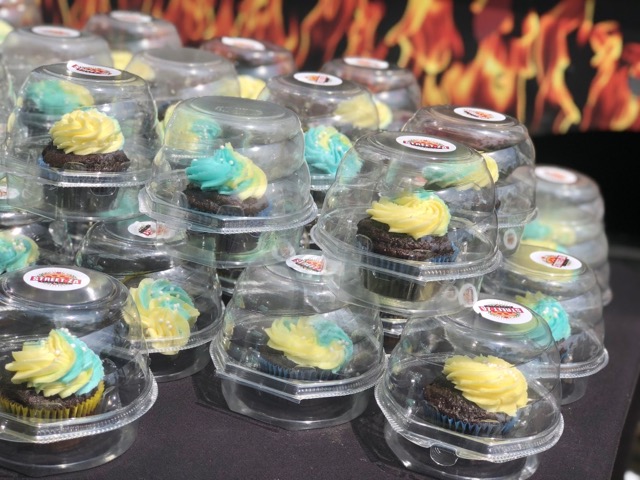 At about 12:45 p.m., Lemonis made his appearance. He was – as you’d expect – gracious, curious and chatty, engaging in conversation with Mai and Baitinger about the pizza business and generously taking the time for numerous selfies with anyone who expressed the desire. 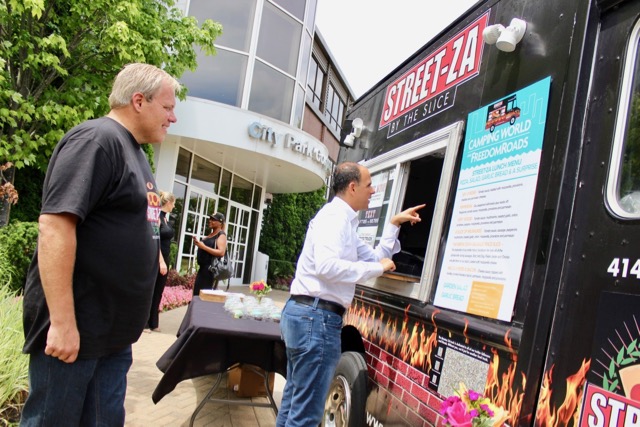 The one thing he didn’t do is eat pizza … as it turns out, Lemonis doesn’t eat gluten.

Ultimately, Baitinger says, he’s grateful for the opportunity. "He was an extremely gracious host. And the response from everyone overall was really positive. My read on him [Lemonis] is that he tends to be really good on follow-through, so I have a feeling that this was just his way of making sure that happened. But it was still a really great experience. And who knows? Maybe we’ll be able to do it again sometime." 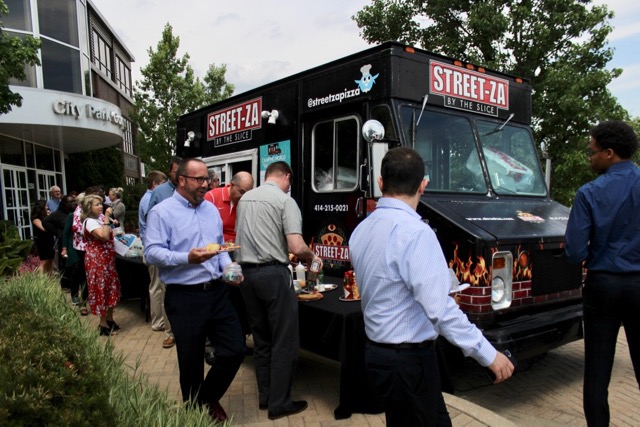 Even better, maybe we can get Marquette University graduate Lemonis to head back up to Milwaukee to sample more of the delicious foods the Cream City has to offer.

Interested in owning the one-of-a-kind Streetza Pizza menu board, signed personally by Marcus Lemonis? Well, you could. Just follow Streetza Pizza on Instagram and watch its feed for details. 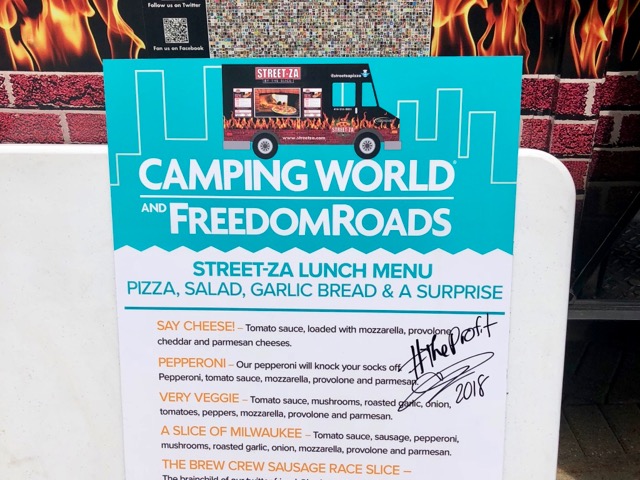