While there is no shortage of landmarks dotting the Downtown skyline, on the South Side there are just a few. So they really stand out. Among them, the twin towers of St. Stanislaus church on Mitchell Street are perhaps the most instantly recognizable. And it's been that way since 1872. But, not long ago, the future of the building seemed threatened.

While there is no shortage of landmarks dotting the Downtown skyline, on the South Side there are just a few. So they really stand out. Among them, the twin towers of St. Stanislaus Church, 524 W. Mitchell St., are perhaps the most instantly recognizable. And it’s been that way since 1872.

But, not long ago, the future of the building seemed threatened. 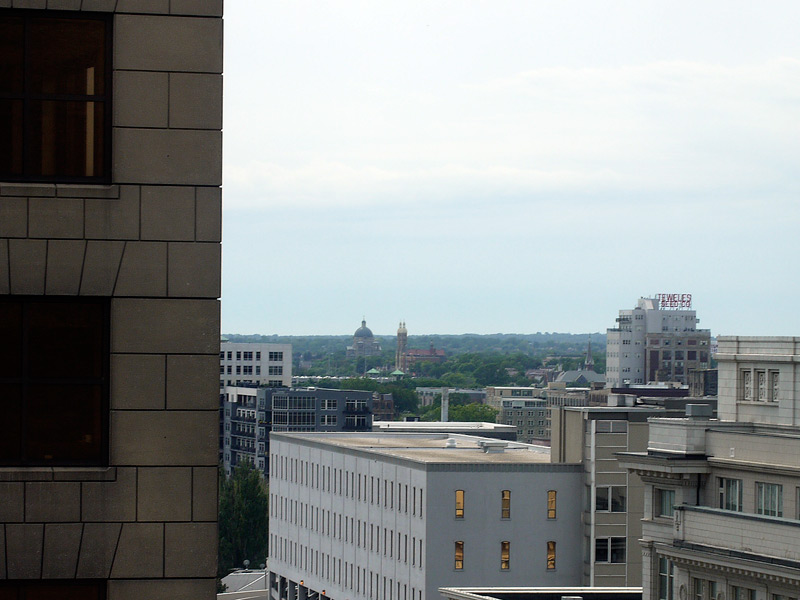 "Because of demographics of the neighborhood had changed and the school was closed, many of the faithful moved on; also when they built the highway. That was the decline," says Abbe George Baird, an oblate (member of a monastic community) of the Institute of Christ the King Sovereign Priest, based at St. Stanislaus.

"That was the start because that was a neighborhood and all of those Poles moved to the suburbs or someplace else. With the loss of the neighborhood, you know that decline and the demographics changed, and so the amount of people coming into St. Stanislaus just slowly decreased."

By 2003, the archdiocese was thinking the unthinkable: putting the church up for sale.

"But the problem," says the oblate, "is how do you sell the oldest Polish church in the country? So, in 2007 archbishop Dolan gave the care of St. Stanislaus to the Institute because there was not an established traditional mass in his archdiocese in communion with Rome. So the institute was asked to come here."

So now, St. Stan’s is just about the only place in the area where traditional Latin, pre-Vatican II mass is held. English services draw about 50 parishioners a week, but the Latin mass brings in upwards of 600.

"When archbishop Dolan gave the care of St. Stanislaus to the Institute, he knew that it would have an instant audience."

And so, with the arrival of something ancient -- the Latin mass -- suddenly a sagging congregation -- and its historic Milwaukee home -- was given new life and new hope for the future.

And in order to bring St. Stan’s into the future the Institute is working to bring the building back to its former glory, reminding us that everything old is new again and, at the same time, that in order to move into the future, it helps to know your past. The church even made a video about its history and restoration goals.

St. Stanislaus congregation was formed in 1866, reportedly making it the oldest in North America, and met in a former Lutheran church that sat on the current site on the northwest corner of 5th and Mitchell Streets.

"The Poles that came to Milwaukee was the result of escaping religious persecution in Poland," says Abbe George. "So they came here and they realized they needed a place to worship so in 1872, each family was assessed $30, which was about a month’s wage."

With that construction began. Abbe George says the parishioners were fisherfolk from Jones Island and other South Side Poles.

"Working people that were living very frugal lives. It just goes to show that anything is possible," he says.

Though the actual construction was likely carried out by professional builders, there are stories of parishioners helping to excavate the basement of the church.

"The men were digging and the women were taking the bushel baskets of dirt out, which doesn’t surprise me," Abbe George says.

The building was designed by Leonard Schmidtner, a Polish architect whose surname was originally Kowalski -- changed because he thought a German-sounding name would be good for business in 19th century Cream City.

Among Schmidtner's other work were the previous Milwaukee County Courthouse (on Cathedral Square), the two-room brick school that preceded the current Maryland Avenue School, and the steeple at Holy Trinity Church on 4th and Bruce Streets.

St. Stan’s is a German Renaissance style church executed in cream city brick with limestone trim. Alas, the church’s original stained glass windows were removed and replaced with slab glass -- Abbe George has heard stories of elderly parishioners weeping as the windows were busted out, some of the glass destined for the St. Stan’s school next door to be used in art classes -- and the sheet copper domes removed and replaced with the steel and aluminum ones we see today. 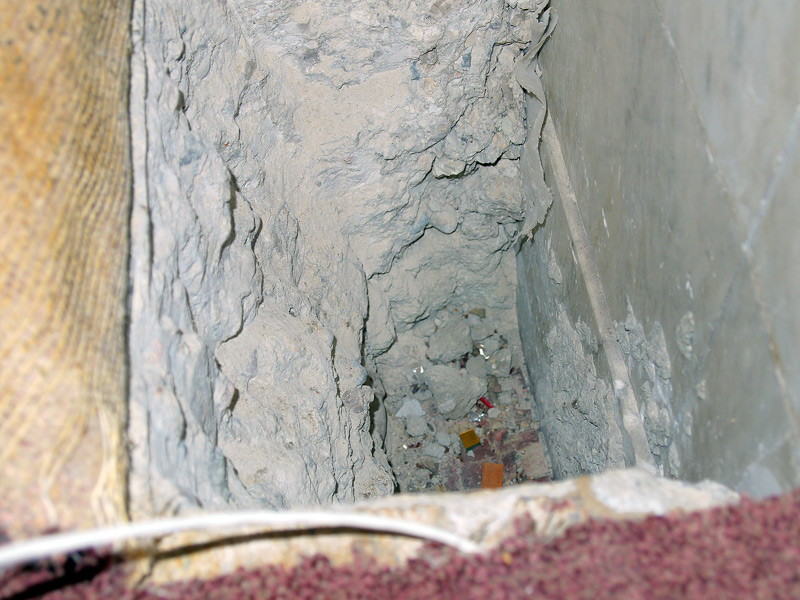 Out back, over the years, a chapel and sacristy were added; a rectory was built, razed and replaced with the current building, where Abbe George and Parish Administrator and Rector Rev. Canon Benoît Jayr live. A school, which closed in 1988, was erected to the north in the 1890s and a new front section arrived in 1923. If you want to see evidence of the older schoolhouse, go around the back, where it is very visible.

One of the most unusual features of the church is the heavy beam that traverses the arch above the altar. I’ve never seen anything like it that I can remember. It, too, has a story.

"It is a rod beam from a ship and it was put up there in 1893 to commemorate as a lasting memento for many of the people who died in a terrible storm on Jones Island because they used to live on Jones Island. That’s where this is from," says Abbe George, who goes on to point out other changes.

A now-unused amplification system will be removed as part of ongoing restoration work. The baldacchino above the pulpit was altered, and descriptions of the Stations of the Cross, written in Polish, were removed. Some windows at the altar were bricked up. The striking gold mosaic ceiling above the altar was a 1960s-era addition. The chandeliers were replaced. The front entry was heavily altered, with new steps added, during the ‘60s renovation.

Though the original 1873 organ survives, 17 ranks of organ pipes were removed to allow the rose window -- which was added in the mid-20th century -- to be seen from the church’s interior.

The two towers are basically identical inside and each holds two bells. We began a climb up one of them -- the north tower -- ascending a steep wooden staircase that is nearly as vertical as a ladder. It’s much like one I climbed to get to the attic at the old Garfield Avenue School, but at least twice as tall.

We didn’t make it all the way up to the bells because, says Abbe George, the lights are burned out and it needs a cleaning. Both are on his immediate agenda and he’ll bring me back to go all the way to the top. (Follow me on Twitter or Facebook to see the pictures I’ll post.)

Anyway, I’m eager to return because there’s so much to see and restoration work is ongoing. Plus, I want to peek inside the old school.

Outside, the tower domes could use a bit of freshening, admits Abbe George.

"In the ‘60s when they did the major renovations, they altered the domes," he says. "They gilded the domes, which had been copper before. Now most of the gilding is all worn off. It’s probably at the bottom of the bucket list. If we find a huge benefactor that says, ‘You know I’d like to see those domes gold again,’ we’d be more than happy to make it come true. In practicality, there’s other more important things to do right now."

One of those things is replacing the windows to return some much-needed daylight to the sanctuary, but also to remain true to the roots of St. Stan’s.

"With our bucket list, eventually we’ll get to the windows and then it’ll go back to what it was," says Abbe George. "If we can’t go back to exactly what it was, we’ll install the same spirit of St. Stanislaus and Our Lady of Czestochowa. We’re doing everything we can to promote the parish because we don’t want to see it shut down.

"St. Stanislaus is a Polish Church. It was built by Poles and that’s why we still display the Polish flag next to the American flag because no matter what we do to it, no matter who’s here, it’s going to be Polish and you have to preserve that heritage because St. Stanislaus is the mother church of the South Side."