From Lublin to Milwaukee: The Stuffed pierogi truck

Pierogi seem to be popping up all over Milwaukee. A new food truck called "Stuffed" promises to bring even more of those paunchy little dumplings into our grasp starting as early as the first week May.

It’s a very good time to be a pierogi lover in Milwaukee. After all, Eastern Europe’s favorite dumpling is having a moment … right here in the Cream City.

For years, Polonez – Milwaukee’s only remaining Polish restaurant – was one of the only places to find freshly made (not frozen) pierogi on a regular basis. However, in the past few weeks, pierogi news has been unusually common. First, Kochanski’s Concertina Beer Hall announced that it will launch a menu filled with both traditional and modern takes on pierogi.

That news would have been exciting enough. But there’s more. A new food truck called "Stuffed" promises to bring even more of those paunchy little dumplings into our grasp starting as early as the first week May. And their pierogi, which are made with a family recipe, promise to be as Polish as they come.

After all, Gosia Glazer – who owns the truck with her husband Stephen – was born and raised in Lublin, Poland. She moved to Milwaukee almost fourteen years ago and says she’s since fallen in love with the city. But one thing she’s never found is true Polish comfort food.

"To me, any Polish food here doesn’t taste like it tastes at home," she says. "If I’m craving Polish food, I have to make it myself."

And that’s exactly what she started to do.

Gosia, who currently works as a server for Pastiche and Sanford restaurants, met her husband Stephen while working at Charro in Brookfield. 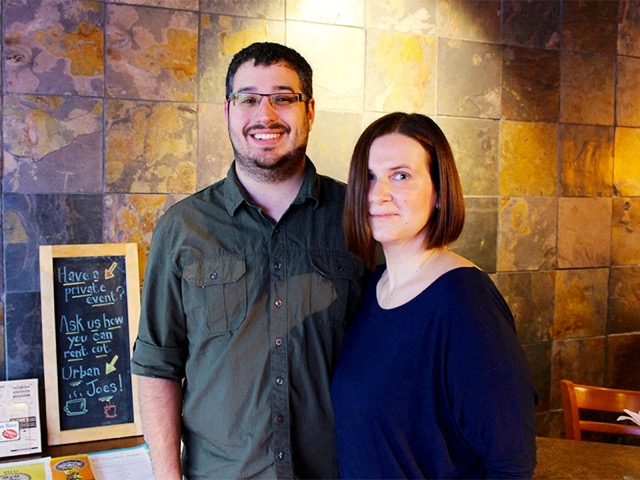 "We met at work," says Stephen, who works as general manager at Double B’s BBQ in West Allis. "At that time, I didn’t have a lot of exposure to pierogi. But Gosia would make them and bring big batches in for the staff at work. And they were absolutely delicious."

She learned the art of making pierogi from her grandmother.

"We almost never made them with meat," she says, "Because meat was expensive. But we had them fairly frequently with potatoes and onions."

Although pierogi were common fare, Gosia says it was around the Christmas holiday that the women in her family would rally together to make a large batch of pierogi.

"On Christmas Eve, we observed the tradition of making twelve dishes" she explains. "So, we’d make two or three kinds of pierogi plus other vegetarian fare – noodle dishes, herring, carp and dishes made with potatoes. There were also desserts like kutia, which is a noodle dish made with poppy seeds."

She says that, to this day, she’s never used a written recipe for pierogi dough.

"It’s a family recipe, I suppose," she says. "But it’s very simple. Just flour, water and salt. So what I learned is really more about technique and texture. To learn to make pierogi, you have to be there and learn it. I don’t even have the proportions written down; I just make it by feel."

Gosia’s pierogi dough is thin, she says, and very soft. She prepares the stuffed dumplings first by boiling them and letting them cool, and then reheating them by frying them in butter. 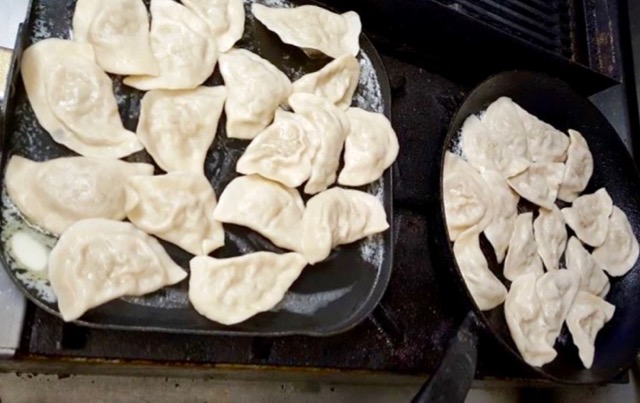 Stuffed will offer up a variety of pierogi, including traditional savory flavors like potato with farmers cheese and onion, sauerkraut and mushroom, and lentils with bacon. On the sweet side, there will be fruit-filled pierogi served with sweet cream, as well as a buckwheat and cheese version that Gosia learned from her grandmother.

More modern flavors will include stuffings like beef short rib, potentially pizza or taco pierogi, or maybe a pierogi filled with black beans and chorizo.

"I’ve done a lot of experimenting," says Gosia. "I’ve made a version with duck and pears. Turkey and brie will be my next idea to try."

"But the best one so far," says Stephen, "is a version filled with Biscoff cookie spread. That could end up as one of our staple dessert pierogi."

Plates, which will consist of four or five pierogi along with dipping sauces, will be priced under $10, with prices varying depending on the ingredients.

Eventually, Gosia says she also hopes to be able to develop a gluten free dough for customers who would prefer their pierogi to be flour free.

The Glazers say that their food truck, which was just adorned with its first set of decals this past week, will be undergoing inspections over the next few weeks. But once the truck is approved for use, they hope to be part of the regular food truck circuit, serving lunches at various locations around town. The truck will also be available for private events, corporate lunches and a special late night offering for weddings.

In the meantime, pierogi fans can find Stuffed pierogi at Dopp’s Bar & Grill, 1753 S. 68th St., where they will be offering samples of their products off and on for the next few weeks. The pierogi will be a regular feature on the menu starting later this spring.