For its penultimate show at the American Family Insurance Amphitheater, Summerfest somehow managed to book three of the music industry's hottest current hip hop acts. And, with perfect weather and a party atmosphere, Milwaukee turned out and Migos, Big Sean and Future turned up, giving their hyped audience everything it wanted for four hours on Saturday.

For its penultimate show at the American Family Insurance Amphitheater, Summerfest somehow managed to book three of the music industry’s hottest current hip hop acts. And, with perfect weather and a party atmosphere, Milwaukee turned out and Migos, Big Sean and Future turned up, giving their hyped audience everything it wanted for four hours on Saturday.

You could argue that any of the three would have qualified as the night’s headliner, as all of them released critically acclaimed albums in 2017 and are at the top of their game, and each put on a high-energy, hit-playing and crowd-pleasing performance.

Migos, the new (young rich) kids on the scene, seemed genuinely happy to be playing on the big stage. Even though it was still light out when they went on at 7:30 p.m., Migos made the amp feel like a club, with their signature trap sound, finishing their short opening with the chart-topping hit "Bad and Boujee." 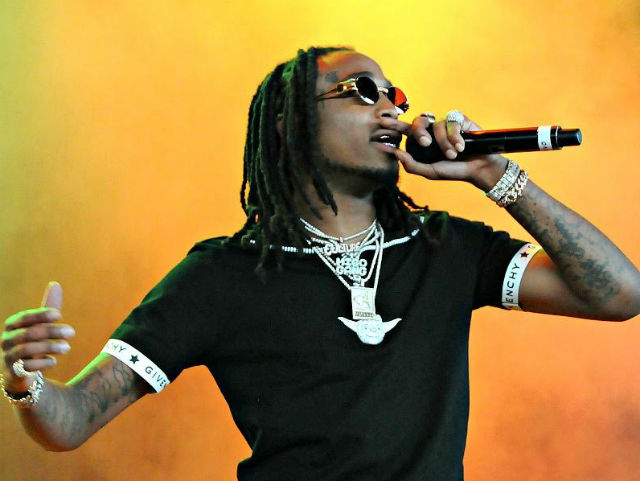 Big Sean, coming out solo and instantly commanding the stage, charismatically owned the amphitheater, vibing with the audience, maintaining his flow throughout the 45-minute set and ultimately elating his fans with the beloved "IDFWU."

But Future earned top billing, as the most popular artist and polished live performer. Coming out in a black T-shirt with gold chains and light jeans, as a series of graphic computer error messages flashed on the video board, Future ripped through his most recent catalog. While it seemed like some Big Sean devotees left after his gig, the crush of Future fans filled in, making it feel more intimate and hardcore.

With his four-person dance crew and its synchronized, well-choreographed moves to nearly every song, Future’s set felt more fully formed and practiced for the Big Gig. Future titillated the crowd with "Karate Chop," "Bugatti," "Same Damn Time" and "Freak Hoe" and then exhilarated it with his Lil Wayne collaboration, "Good Kush & Alcohol," which had everyone suddenly Snapchatting their friends who weren’t there.

Maligned as a mumble rapper with a mellow flow, Future electrified the Summerfest crowd with his high-octane, hour-long performance – bouncing around, bass bumping, dancing and pushing, relentlessly and excitedly through his set. As his DJ repeatedly called out for "the real Future fans," everyone else seemed actually happy to be there with them – at least evidenced by the row in front of me, where of the eight people, three couples were making out and two dudes were dancing hysterically.

He closed with the chart-topping "Mask Off," with his infectious beats, enthralling dancers and two middle fingers up – plus two huge canon-ball-boom explosions that even had nearby ushers pumped up – and then sauntered off stage, as Summerfest’s American Family Insurance Amphitheater stage contentedly emptied.

No matter who you preferred or what you came to see, each of the acts gave its best, distinct performance, and if you were a hip hop fan you couldn’t help but have a good time.