Summerfest followed its big 1968 debut with an even larger - though still diffuse - schedule in '69. But dramatic changes began in 1970 and continued throughout the decade as the Big Gig became bigger and bigger.

Summerfest followed its big 1968 debut with an even larger – though still diffuse – schedule in '69.

Some things were reprised, like the popular polka events and the Mitchell Field air show, and others, like Bob Hope’s headlining gig, were new.

But the money didn’t follow and the festival ended deep in the red.

"Uncommon heat spoiled the fun and rain completely washed out the last day," noted Steven J. Korris in his article "The Summerfest Follies," published in 2001 in Wisconsin Interest magazine.

This speed bump, however, led to a major step in creating the festival that we know and love today. 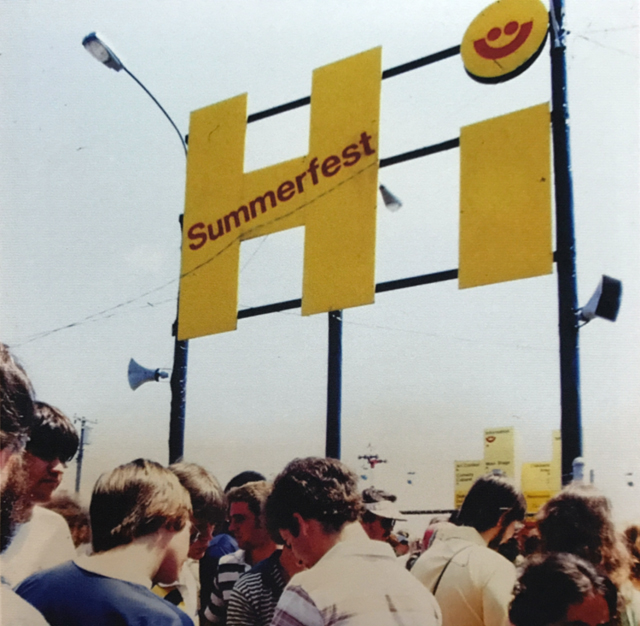 "After the poor financial performance by the ‘69 festival, Summerfest was ready to move to a central location," wrote Paul Andrew Johnson in his UW-Eau Claire thesis, "‘The Big Gig’: Summerfest’s Evolving Role in the City of Milwaukee."

"If the festival was to be a ‘permanent attraction, it needed a permanent site.’ Summerfest truly became permanent in 1970." 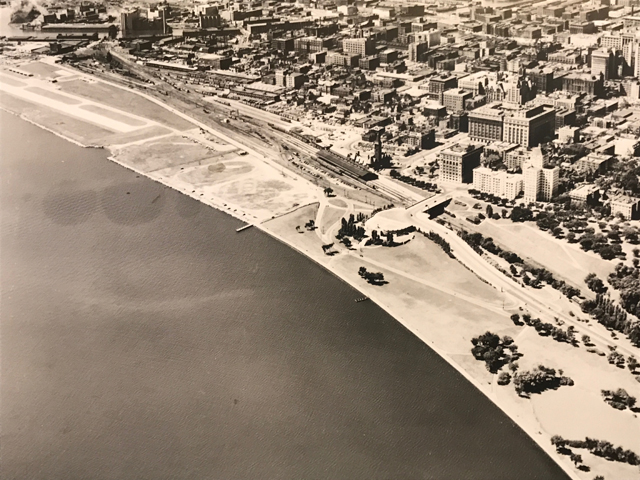 That endurance would derive from its new home: a 15-acre former Nike missile site and airport on the lakefront, adjacent to the Third Ward and just south of Downtown.

"(Mayor Henry) Maier and (board member John H.) Kelly ... laid out a plan to bring the scattered events to the lakefront, charge an admission fee and shower corporate sponsors with publicity and free tickets."

There were other changes, too, that year. Former Packers standout Henry Jordan became the festival’s sales director – and, for some, its most public face – and Pabst, Schlitz and Miller all signed on as major stage sponsors.

For fans, 1970 was also the year that Noel Spangler and Richard Grant’s smiley face logo debuted and it was the first year for the Summerfest Pin promotion.

"(The grounds) still had that runway for small planes," remembers Bob Milkovich, one of the only people to be involved with Summerfest from 1968 to today, referring to the airport that had occupied the site.

"I think the new grounds took some getting used to, although I think what they liked was the location. It's on the lakefront, perfect for sunny days, etc."

The result? More than a million people walked through the gates at Summerfest 1970, leading to a profit of more than $160,000, which meant there would indeed be a Summerfest 1971.

With growth comes growing pains, and crowd woes at shows by Sly & the Family Stone in 1970 and Humble Pie in 1973, as well as a controversial performance by (and arrest of) George Carlin, forced the Big Gig to reconsider its approach.

"One change that happened that was thought out was in the mid-’70s, they made the very conscientious effort to transition from it being a rock ‘n’ roll show to being more family-friendly," says Ben Barbera, who curated the "Summerfest 50 Exhibition" at Milwaukee County Historical Society.

"And I think that was a big part of the lasting success. (With) some of the issues that went on, I think for Milwaukee, it would have been fatal. For this to be a centerpiece, and on the lakefront and all that, they had to make the change to it being a little more conservative, a little more family-friendly and a safer feel."

In ‘73, Milwaukee World Festival took over the Great Circus Parade and transformed it into the City of Festivals parade, foreshadowing the series of ethnic festivals that would begin setting up on the Summerfest grounds with the arrival of Festa Italiana in 1978.

That same year, Gooding’s Million Dollar Midway carnival opened on the south end and endured until it was displaced by the construction of the Marcus Amphitheater (now the American Family Insurance Amphitheater) in the mid-1980s. 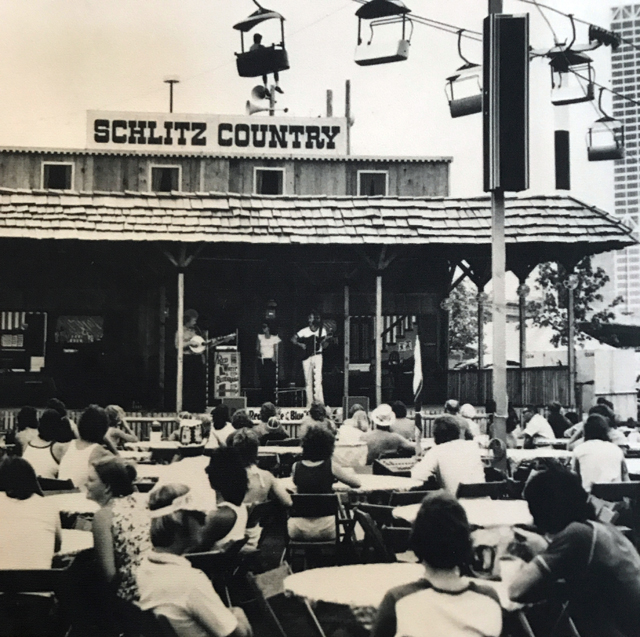 The changes and the growth kept coming for the ever-Bigger Gig, and in 1974, the Schlitz Country Stage and the Pabst International Folk Festival Stage – run by Milkovich – were opened, joining the rock stage and the Miller Jazz Oasis. The Comedy Stage came the following year. 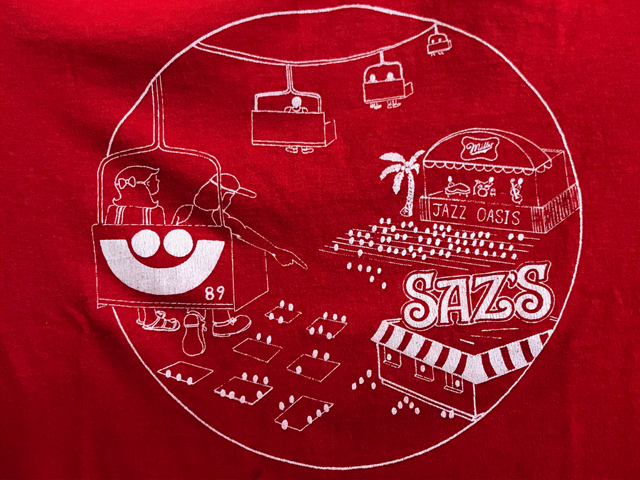 In 1977, Summerfest was hit by tragedy when Jordan – by then the festival’s executive director – died after suffering a heart attack after jogging. He was just 42.

However, 1977 was also the year Summerfest hired a figure who would become a defining part of the festival, a major player in its ongoing success, when it tapped Sheboygan native Bob Babisch as its new entertainment director.

"It happened so fast there was not time to think about it," Babisch told me. "I had been a stage manager at the Schlitz Country Stage the year before, and was working for a local promoting firm called the Edgewood Agency. It was April, and I got a call from the entertainment director of Summerfestm named Joel Gast, who said that the staff was leaving to start Chicagofest, and was I interested in his job.

"I went there the next day, and had a two-minute interview with the new executive director, whose name was Jim Butler. He handed me a one-year contract and said that I had until the next day to make a decision. The next day I said yes, and was there two weeks later. Because it was April, most of the acts were already booked for that year. The real nerves hit when I was responsible for the entire lineup the next year."

The lineup that Babisch booked for ‘78, which was also the festival’s 10th anniversary? 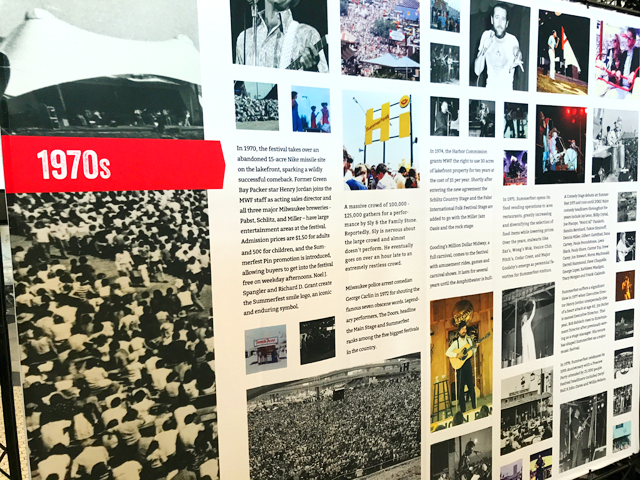 "The cleaner and quieter festival soon captured the public’s heart," Korris wrote of Summerfest in the ‘70s. "Attendance stayed above 500,000 a year, and the annual surplus grew. In 1979, under the leadership of board president John Schmitt, Summerfest made $423,034, bringing its cash balance to $1,101,385."

Summerfest was getting bigger and better. In the next decade, festival organizers would have to find ways to accommodate and build on that growth. A good problem for a festival to have.