While Summerfest was in growth mode in the 1970s, the next decade brought the Big Gig to an entirely new level, introducing us to Bo Black and building the Marcus Amphitheater.

While Summerfest was in growth mode in the 1970s, the next decade brought the Big Gig to an entirely new level.

"Looking for ways to invest the hefty balance in continued growth," Korris continued, "he decided that a big amphitheater would attract the best possible shows. He convinced his board members, and they announced in 1983 that they would build it. They had spoken too soon, however." 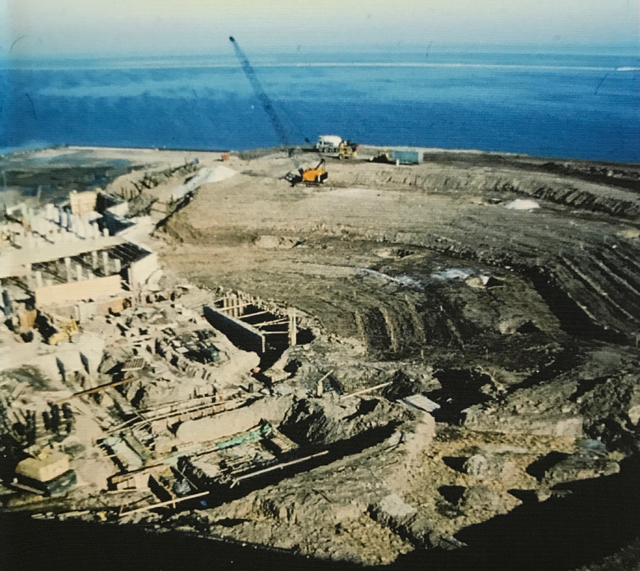 At the same time, Summerfest Executive Director Rod Lanser – who replaced James Butler in 1979 – decided to call it quits, closing the door on one period and opening another for a new director who would become a star in her own right.

"Summerfest entered a new era in 1983 when Lanser unexpectedly resigned, citing job stress and health concerns," wrote Dave Tianen in his book, "Summerfest: Cooler by the Lake, 40 Years of Music and Memories."

According to Tianen, Black was a superb fundraiser and a tireless promoter of the festival.

(On a personal note, the 1980s are when I met Summerfest for the first time. Just days before the 1983 festival, I moved to Milwaukee, where I knew no one. I spent a lot of time at the old Rock Stage on the south end of the grounds, seeing a young Stevie Ray Vaughan with Double Trouble, R.E.M., and locals like Violent Femmes, Colour Radio and Dark Facade. Thanks to invitations from my brother, I also experienced the old Main Stage for the first time, seeing Eric Clapton and Kool & the Gang.)

Black began her tenure when Summerfest needed to re-up its soon-to-expire lease and sign a long-term deal if Lanser’s dream of an amphitheater were to become reality.

Negotiations with the Board of Harbor Commissioners went on, literally, for years, but a deal was ultimately struck and the 23,000-seat amphitheater would be built on the south end of the grounds.

And not a minute too soon for the festival, which was already feeling the pain of its outdated main stage, according to Summerfest Entertainment Director Bob Babisch.

"Around the time the amp finally got built, we were already in the process of losing big shows," Babisch told me. "Not only because we did not have the capacity – the old main stage could only hold 16,000 people – but because we could not put the production in that touring acts were starting to bring on the road.

"The last roof on the old Main Stage had a pipe running across the middle of the stage about 15 feet above the ground. The pipe was part of the infrastructure of the stage. Because bands were taking out lighting rigs that needed a height of 20 to 25 feet minimum, we started to lose shows. We also could not put much weight on the roof, so we could not ‘fly’ (hang) sound cabinets.

"With other buildings and venues having more capacity – anywhere from 18,000 to 30,000 – we were losing the names that are needed to be called a first class event."

This situation was made woefully apparent at the 1984 festival, when more than 25,000 people turned out to see Huey Lewis & the News perform at the 14,000-seat Main Stage.

The new venue, with covered seating sloping up from the stage – which faced the lake – and a grassy, uncovered seating area, was much like a number of similar venues constructed around the country at the time. 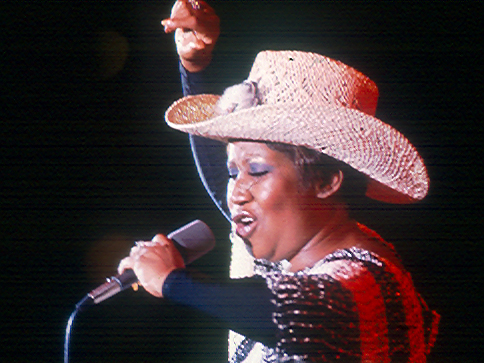 According to Summerfest, it was estimated in 1989 that the festival generated $35 million for the local economy.

Before the ‘80s were over, Stevie Wonder, Tom Petty & the Heartbreakers, Bob Dylan, Rod Stewart, Sting and others would perform there. 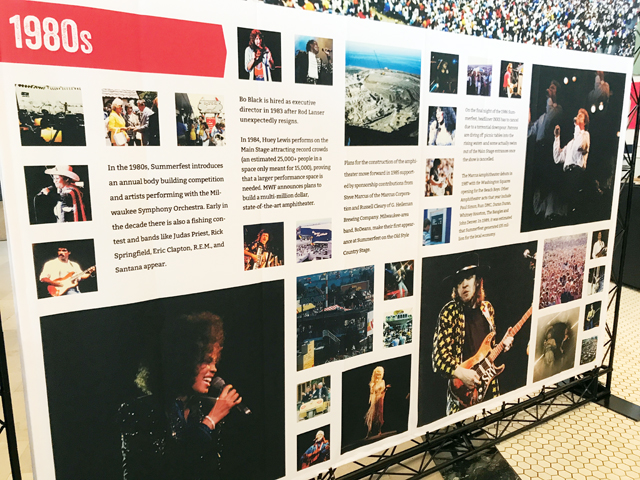 Once again the start of a new Summerfest chapter would coincide with the end of another.

"The 1987 celebration also marked the final bow of the man acknowledged as the Father of Summerfest, Mayor Henry Maier," wrote Tianen in his book. "The retiring mayor visited the grounds and led a sing-along that included two songs of his own composition, ‘The Milwaukee Summerfest Polka’ and ‘Mayor Maier’s Farewell,’ written specifically for the occasion.

"For his farewell visit, the mayor repeated his often-stated view of the Summerfest mission: ‘The ordinary guy in Milwaukee and outside of Milwaukee, who did not have a membership in a country club or didn’t have a country home on a lake, needed a place to go and things to do in the summertime’."