Summerfest and Milwaukee County Historical Society have teamed up to create an exhibition in conjunction with the 50th anniversary of the World's Largest Music Festival that celebrates five decades of bringing Milwaukeeans together and making musical memories.

Most every Milwaukeean has a history with Summerfest, landmark moments we'll remember forever. Now, Summerfest and Milwaukee County Historical Society have teamed up to create an exhibition in conjunction with the 50th anniversary of the World’s Largest Music Festival that celebrates five decades of bringing Milwaukeeans together and making musical memories.

A comprehensive exhibition tracing the history of the Big Gig will open at the Historical Society, 930 N. Old World 3rd St. and run through September, as a companion to the museum’s "Melodies and Memories: 200 Years of Milwaukee Music," which is currently on view, and which I wrote about here.

Via a series of colorful graphic panels, interactive experiences and displays of memorabilia and original posters, the exhibition will tell the story of the headliners and other performers, but also of the founding of the festival and how it’s evolved over the years. 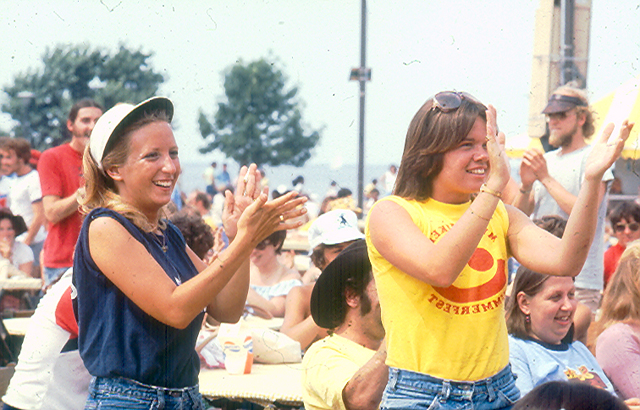 But this is just one part of a three-part historical celebration that also includes an interactive installation at the Henry Maier Festival Park, created by Derse, for the duration of Summerfest, which runs June 28-July 2 and July 4-9 from noon until midnight.

The third component is a smaller traveling exhibit that will visit a number of Pick ‘n Save locations in May and June, and at Racine Public Library, April 26-May 8; Brown County Library, May 10-22; Sheboygan County Library, May 24-June 5; Wisconsin Historical Society, June 7-17; and University of Wisconsin-Milwaukee Libraries, June 20-26.

Summerfest will host a special open house happy hour at the Milwaukee County Historical Society from 5 to 7 p.m. on Wednesday, June 14 as part of the River Rhythms Summer Concert Series season kick-off at Pere Marquette Park adjacent to the MCHS. 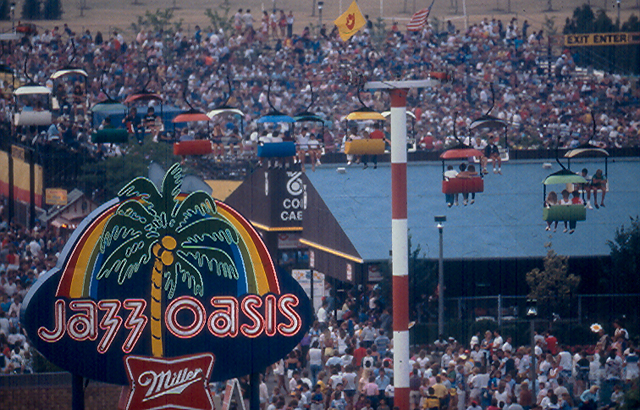 As part of its tradition of building community by bringing Milwaukee -- and guests -- together for the festival every year since 1968, Summerfest and MCHS are asking the public to chip in by donating photos, documents and memorabilia that may be suitable for the Summerfest 50 exhibition.

If you think you have something that fits the bill, fill out a submission form at Summerfest.com or milwaukeehistory.net.

OnMilwaukee is a media sponsor of the Summerfest 50 exhibition. For more information on Summerfest or the exhibit, visit Summerfest.com, Facebook.com/summerfest or follow @Summerfest on Twitter.