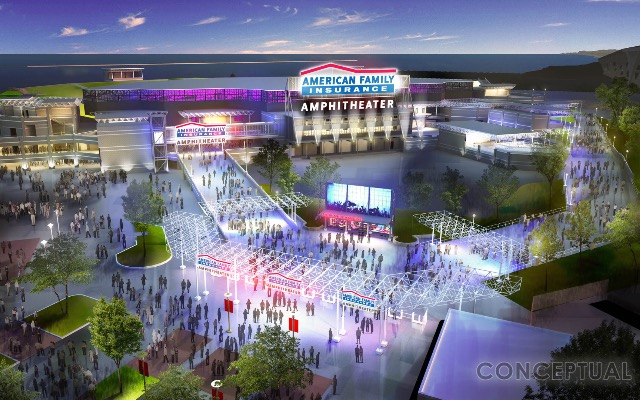 "As we prepare to celebrate our 50th – 50 years in the music business – we're excited about the festival's future, for Henry Maier Park, and we're excited for what this partnership will bring for this community, this region and this state," said Ted Kellner, Milwaukee World Festival, Inc. chairman.

In addition to presenting status and its title sponsorship on the upcoming amphitheater replacement, the new partnership between Summerfest and American Family Insurance comes with two additional components. For one, the festival will build a new North Gate and community plaza in the hopes of joining the grounds with Downtown Milwaukee as well as the new developments associated with the Lakefront Gateway Project. 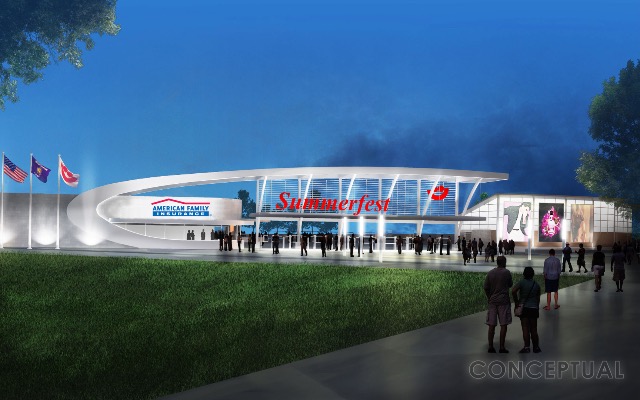 "We believe strongly in helping our communities in our cities, not just to survive but to thrive, and we believe this investment does exactly that," Salzwedel said. "We're going to reach beyond the Summerfest gates to include educational musical outreach programs that are going to positively benefit young kids in Milwaukee and in the central city. We believe that American Family can be a positive force for community impact with this partnership."

In addition to announcing its new partnership at this morning's press conference, Milwaukee World Festival, Inc. and several speakers – including Mayor Tom Barrett and Common Council President Ashanti Hamilton – paid tribute to Steve Marcus and the Marcus Corporation, the former naming rights sponsor for the amphitheater as well as a critical provider of funds for its original creation and improvements over the years.

"We are grateful and honored and humbled to be following in the legacy of the Marcus family, in terms of the amphitheater," Salzwedel added. "Their family's inspiration and original investments in the community has been absolutely extraordinary, and we feel very privileged to be able to follow in the footsteps of that family with this venue."

"We completely got it; we understood it was time to relinquish our naming rights and to let the next generation prepare this festival for the next generation," said Greg Marcus, representing his father and the Marcus Corporation at today's announcement. "It's bittersweet that we're moving on from here, but we understand how important this is for the community."

After his comments, Greg Marcus also accepted an award from Milwaukee World Festival, Inc. for his father's contributions and support to Summerfest over the decades. 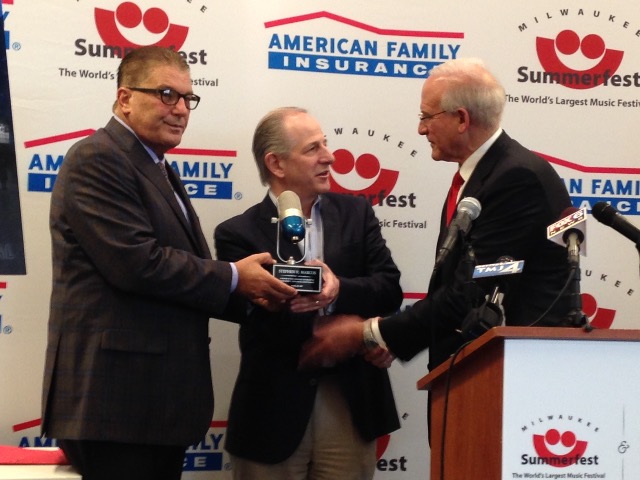 As for the new North Gate, construction is set for late this year with completion ready for the 2018 Big Gig.

"American Family is very proud to put our name on this venue," Salzwedel added, "and I would just say here's to making great music together for a long time."

As for this year's Big Gig, the 50th anniversary will run June 28 through July 9 – with an off-day on July 3 – with Pink, Zac Brown Band, Red Hot Chili Peppers and two nights of Tom Petty so far set to take the main stage.