Summerfest 50: The Birth of the Big Gig

Though it might not look much like it today - especially when there's a dedicated German Fest every summer - the roots of the World's Largest Music Festival lie in Munich and its annual Oktoberfest tradition.

Milwaukee has been called America’s most German city, and even as times have changed, much of our culture has roots in Germany.

Yes, though it might not look much like it today, the roots of the World’s Largest Music Festival lie in Munich and its annual Oktoberfest tradition.

While Milwaukee had summer festivals before – notably the Carnival around the Court of Honor on Wisconsin Avenue at the turn of the 20th century, and the Midsummer Festival that ran nearly a decade from 1933 – Summerfest sprang from something else.

Milwaukee County Historical Society Curator of Collections Ben Barbera, who helped put together the "Summerfest 50 Exhibit" currently on view, agrees. "We could go even further back and look at (Mayor Daniel) Hoan, and Volksfest, and all these festivals they were having in the '30s. 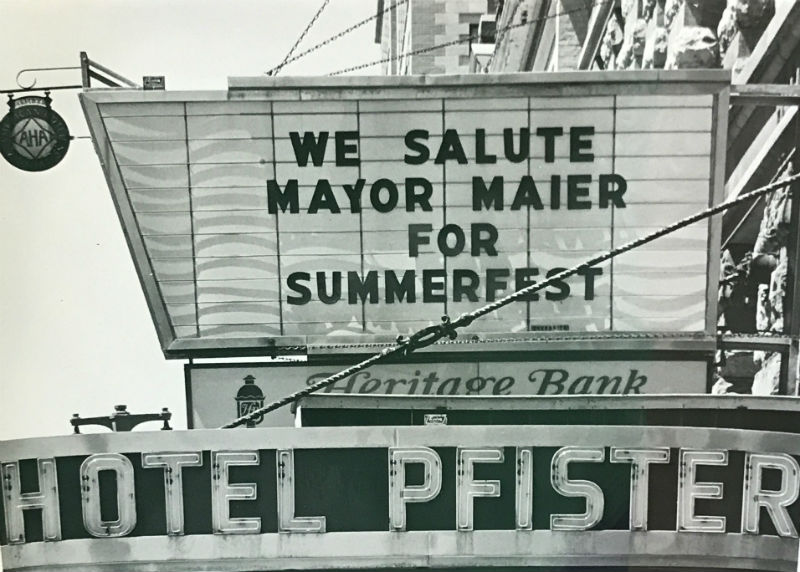 "And in the '50s there was some chatter about how they wanted to do another big lakefront festival, but it wasn't until Mayor Henry Maier came along and really was the driving force behind it."

As Barbera says, in the late 1950s, city officials began to talk about launching a new summer festival, and upon being elected mayor in 1960, Maier eagerly adopted the idea, and decided to check out Munich’s Oktoberfest, to get ideas for a festival with an international theme.

"The port city of Milwaukee is known for its strong German heritage and strong brewing tradition," wrote Paul Andrew Johnson in a UW-Eau Claire history thesis called "The Big Gig: Summerfest’s Evolving Role in the City of Milwaukee."

"Maier wanted to celebrate this heritage in the world festival. Howard Meister, the chairman of the new planning committee was sent to Berlin and Munich to evaluate their heritage festivals. He reported the many great things he saw. Meister was amazed at the vast size of each event. ‘Imagine beer halls holding 5,000 people with a band in the middle ... They drink beer from 40-ounce pitchers and waitresses carry 15 pitchers without a tray.’

"Meister was quick to point out that it would be foolish of the city of Milwaukee not to exploit their beer making abilities; in fact, it could be the center of attraction. Ultimately, those who traveled to Germany realized it was no use for Milwaukee to copy such events. The planning committee and Maier wanted something unique; something both German and American."

By 1964, the Milwaukee World Festival committee – whose members, interestingly, included the likes of Vince Lombardi, Schlitz president Robert Uiheiln, Pabst president James Windham and Marcus Theatres' Ben Marcus – proposed a 10-day festival. Ideas for events to be included ran the gamut, from polka to jazz, folk traditions to film, sculpture and flower shows and even a series of lectures by noted intellectuals.

In 1966, the committee suggested the name Juli Spass, which means "July fun" in German, but it proved short-lived, as many preferred something less specific to a single ethnic group, and soon the name Summerfest won out and by November the board settled on a nine-day slate of entertainment events that would take place the following summer. 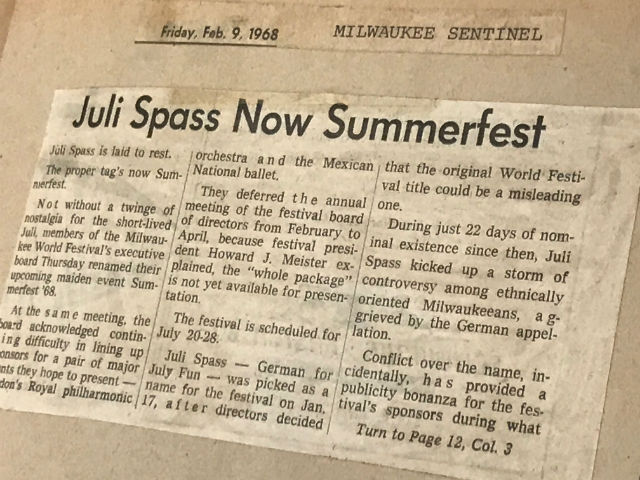 That initial Summerfest was a big success.

"Summerfest opened on July 20, 1968, to the thunder of aerial bombs," wrote Steven Korris in his article "The Summerfest Follies," which ran in Wisconsin Interest magazine in 2001. "Visitors crowded into the Arena for the National Folk Festival, and swirled among dozens of activities all over the city."

There was a National Polka Festival, a two-night Music Under the Stars concert, air shows, an international auto race at State Fair Park, a soccer game, a women’s conference at Cardinal Stritch, The National Ballet of Mexico performed at the Auditorium and Hugh Masekela and Miriam Makeba played in Washington Park.

At the lakefront, near an old Nike missile site, a youth festival was held. Events were hosted at 35 locations. It was not much like the Summerfest we've come to know today.

"If you look at the schedule from '68, they basically lumped in a whole bunch of different events, and called it Summerfest," says Barbera.

"So there's a car race, there's an air show, there's all these other things going on in addition to music acts, and theater acts and stuff like that. Those early years are really interesting, we actually have some scrapbooks and stuff with a lot of the newspaper clippings from that era, so it's kind of neat to see."

Wrote Johnson in his thesis: "The Summerfest of 1968 intended to give all people of the city, no matter their social or economic place, a chance to experience a ‘kaleidoscope’ of new events and cultures. In fact, the events were spread throughout the city and only amounted to an average of a few per day during the nine-day festival.

"Many of the events, especially music concerts and venues by the lake, were free of charge. Generally the cost of an event did not exceed two dollars, making it feasible for most people and families to attend events. The location of the events made it accessible to many. ... In conjuncture with the mayor’s goal to promote African-American culture, many events featured black performers. The Music Under the Stars concert series held in Washington Park, featured many ‘famous Negro entertainers from many parts of the country.’"

Because these were different times, Up With People! played three days during the first Summerfest and, Johnson noted, "drew thousands of people to each of their performances at County Stadium and Washington Park."

"If you had a picnic in your house with four people, you were part of Summerfest," quips longtime stage manager and board member Bob Milkovich, one of a select few to have been involved from Summerfest from 1968 until today. "Everything was Summerfest."

Although the festival didn’t finish with the financial surplus the committee had projected, 1.25 million people attended, so it was considered a success and it was believed the economic impact on the city was positive. 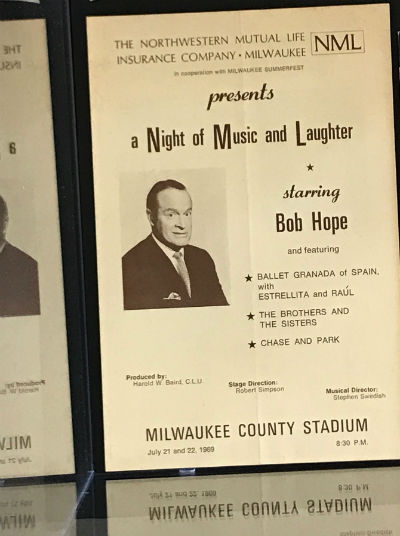 "The 1969 version of Summerfest was significantly bigger than the inaugural event," Johnson wrote. "The event coordinators kept several of the successful events the same from the previous year in hopes the events would be the anchor of the festival.

But big changes were on the horizon for Summerfest, which would soon return to the site of that 1968 Youth Festival – the former NIKE missile base along the lake – where it would go on to solidify its reputation as the Big Gig. And Milwaukee’s reputation as a city of festivals.

"Where else," says Milwaukee Department of City Development Commissioner Rocky Marcoux, "could you take a former Nike missile site and turn it into the world’s biggest music festival?"