This morning brought the announcement of a new summer festival focused on African-American heritage, community and culture in Milwaukee: Black Arts Fest MKE, coming to Henry Maier Festival Park from noon until midnight on Saturday, Aug. 4.

The introduction was made at Summerfest's administration office on Tuesday with Milwaukee World Festival, Inc. President and CEO Don Smiley, as well as Patrice Harris, the festival's executive director, and Derek Tyus, chief investment officer and Vice President of West Bend Mutual Insurance and chairman of the Black Arts Fest MKE board of directors.

OnMilwaukee is one of the event's sponsors. 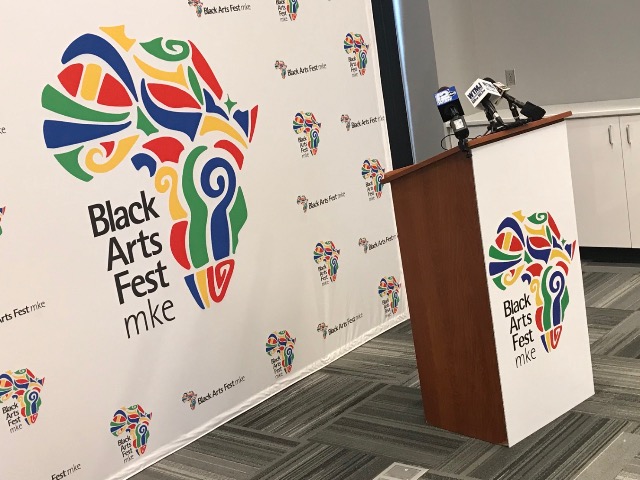 "We are proud to host Black Arts Fest MKE at Henry Maier Festival Park and showcase the arts, food and culture, as well as the spirit of Milwaukee's African-American community," Smiley said in a press release. "It is exciting to welcome this new addition to our diverse lineup of events, further earning our reputation as the City of Festivals."

Said Tyus at the press conference, "Our hope is that all the attendees will be inspired and that everyone can begin to grow in their appreciation and respect for the African culture experience and ancestry."

The family-friendly festival – the first event on the Summerfest grounds focused on the African diaspora since African World Festival in 2013 – will place an emphasis on different forms of cultural expression from the black community, ranging from music and dance to educational activities to art and more, as well as highlighting black-owned businesses from the area.

"One of our goals for the festival is providing education, whether it's about traditional heritage or it's tied to contemporary black culture, we want everyone to come and engage in that," Harris said Tuesday. "And, of course, we will have food."

Tickets for Black Arts Fest MKE are on sale now at the festival's newly launched website. Prior to the event, adult admission costs $9 ($12 at the gate), with children 7 and younger will be admitted free at the gate, as well as military personnel and veterans with a photo ID and proof of service.

More details for Black Arts Fest MKE – including nationally-recognized headliners, entertainment, programming, vendors and more – will come as the festival draws closer, so stay tuned to OnMilwaukee for additional information as it is announced.

The Wisconsin State Fair is on for August