When you visit Summerfest this year, you'll see a shiny new Miller Lite Oasis area with about a half-dozen bars, a new Miller "brew house" serving beer straight from the valley, improved sightlines, a new Summerfest merch store and more.

Summerfest Executive Director Don Smiley was on hand this morning to show us around: 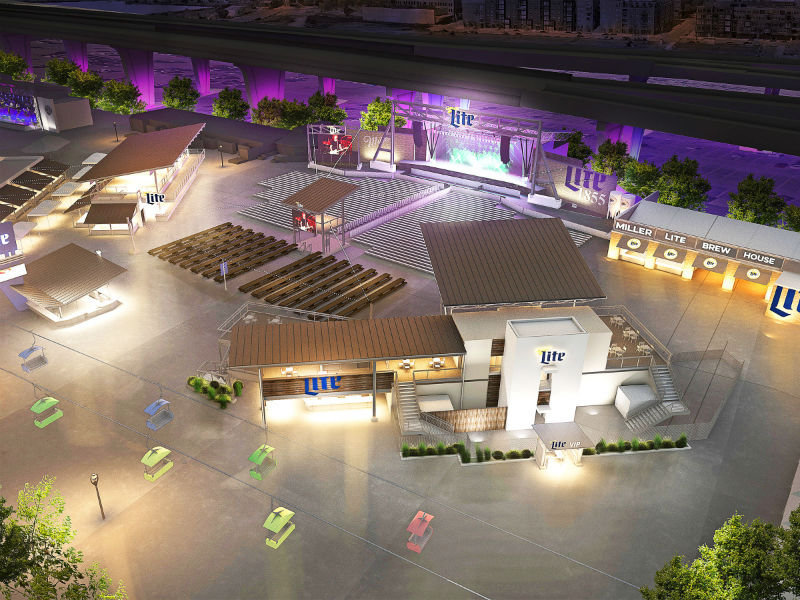 "As we approached this project, there were several opportunities to address," Smiley said. "One was improved sightlines. Two, was create new hospitality areas, both for MillerCoors and for the public. 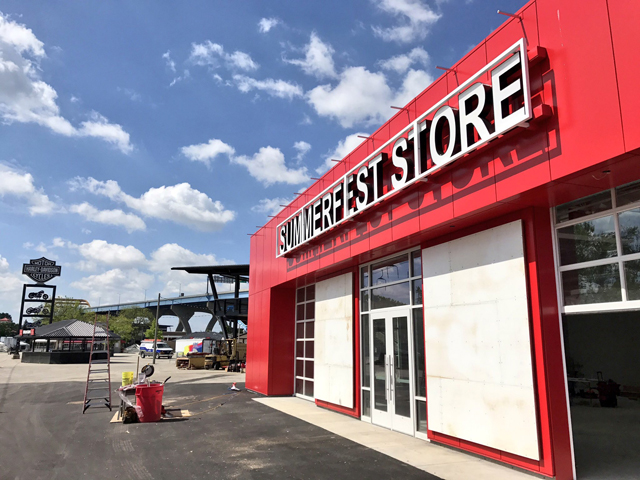 That market has been replaced with a new 3,500-square foot retail building, which sits just southeast of the Miller Oasis area. It is bright red, and there is no chance you'll miss it.

As for the other opportunities, sightlines have been improved for fans by removing some visual obstructions. Sightlines were upgraded for VIPs, too, with the expansion to the south of the hospitality deck. 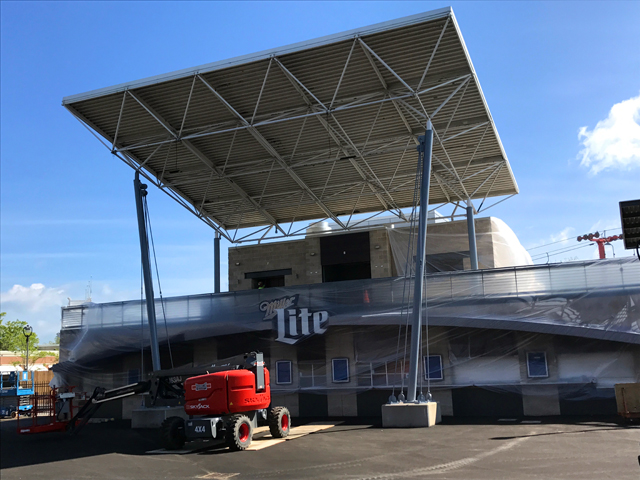 A new long bar on the opposite site of the area adds a 100-foot bar at ground level, plus a new "Level Up" experience that for $100 includes a private bar, restrooms, seating and flat-screen TVs. The ticket also includes two drinks, appetizers and Summerfest admission. 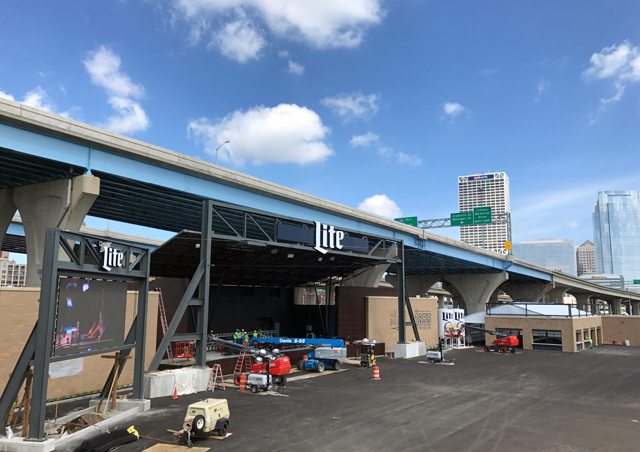 The view from the Level Up deck.

The Level Up terrace can accommodate 100 guests and, with a wristband, those guests can come and go as they like from 6 p.m. until midnight, when the festival closes.

There are new high-definition video screens at the stage and a new covered Miller Lite "brew house" – pictured below – that will serve beer from Miller tanks filled with just-brewed beer from the Valley. 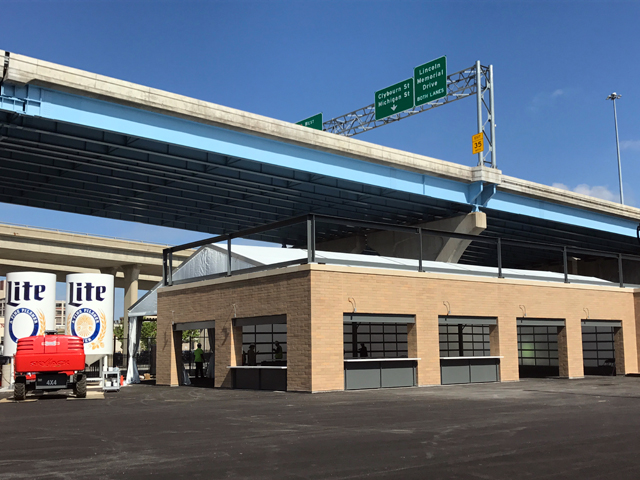 The stage structure is not new, but it has been redesigned with contemporary wood and brick finishes. The entire project was designed by Milwaukee's Eppstein Uhen Architects.

Work was still ongoing during our visit, but Smiley said it will all be complete in time for Pride Fest, slated for June 9-11. 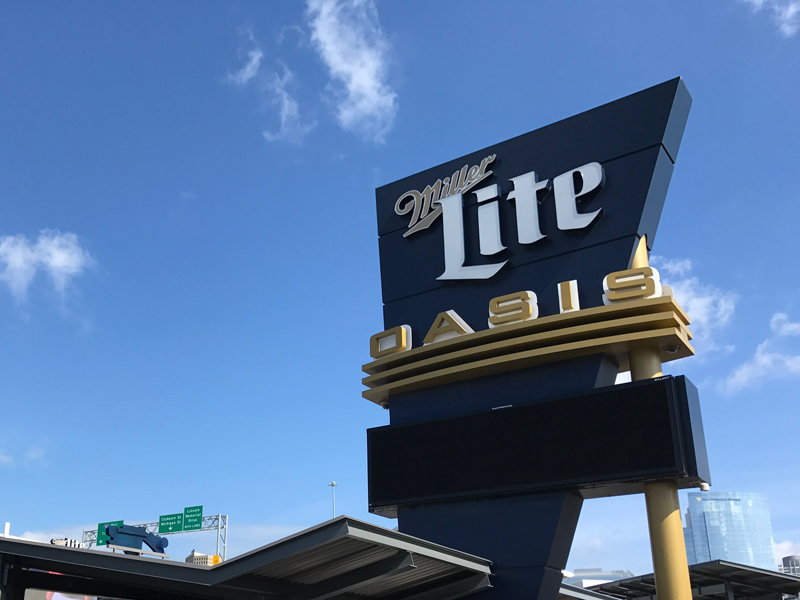