Rhymin' Simon reprises a career's worth of hits at Big Gig

We can't say whether or not iconic singer/songwriter Paul Simon is still crazy after all these years, but after his Friday night performance at the Amp, we can report that the 75-year-old Rock and Roll Hall of Famer's voice is intact - and so is his activism.

We can't say whether or not iconic singer/songwriter Paul Simon is still crazy after all these years, but after his Friday night performance at Summerfest's American Family Insurance Amphitheater, we can report that the 75-year-old Rock and Roll Hall of Famer's voice is intact and so is his activism.

The Milwaukee show is part of a month-long U.S. tour, proceeds of which are benefiting the E.O. Wilson Biodiversity Foundation's Half Earth Project, which aims to make half the planet into what it calls "inviolable natural reserves." 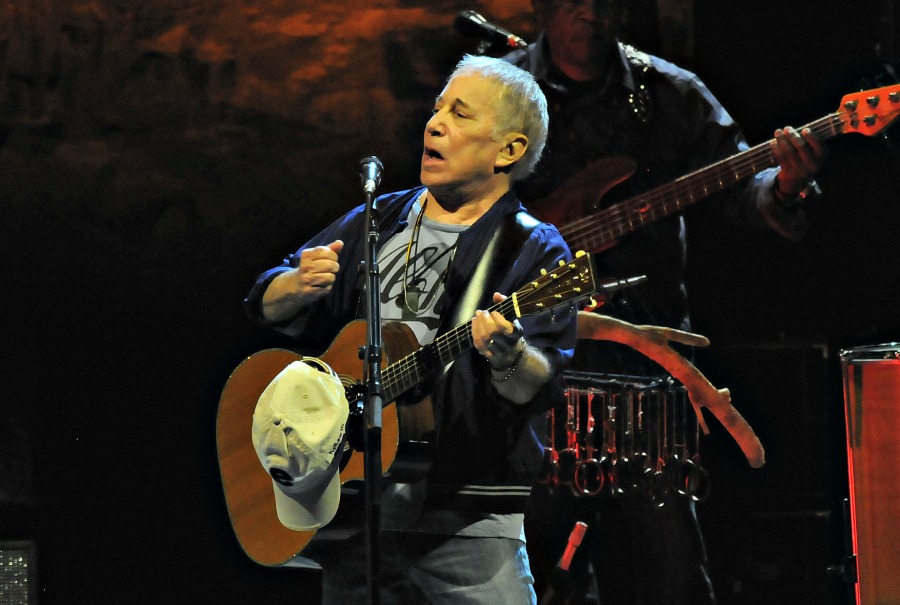 The performance was Simon's first at the Big Gig since 2006, where he's played a number of times, including in 2001, 1999 and 1987. His most recent Milwaukee show was in 2011 at the Riverside, and this year's show marks the 51 years since he played at Marquette University with his then musical partner Art Garfunkel.

Early on in the show, Simon mentioned that he and his youngest son are on a pilgrimage to every baseball stadium in the country and that last year they made it to Miller Park.

"I'm so happy to be here," he said to a roar from the crowd, which was not sold out. The grass seats were closed, and the half-full bleachers were occupied by folks who got free wristbands earlier in the day.

In a 90-minute set (and two lengthy encores that lasted a bit more than a half an hour) Simon performed hits from as early as his Simon & Garfunkel days through his solo records from 1972 to present.

He played "The Boxer" and "America" – tunes recorded with Garfunkel – and he played "Duncan," "Still Crazy After All These Years" and "50 Ways to Leave Your Lover" from 1970s-era solo sets.

Two of the best received tunes from this era were "Mother and Child Reunion" and "Me and Julio Down by the Schoolyard," which drew such a roaring response that Simon grabbed the guitar back, after having switched to a new one for the next song, and launched into a reprise of it.

With his nine-piece band of multi-instrumentalists, including guitarist and saxophonist Mark Stewart of Appleton, Simon played a number of tracks from 1986's Grammy-winning "Graceland" and its follow-up, "Rhythm of the Saints."

The sole hiccup for this listener among the 25 songs Simon selected to play Friday night was the flat "Wristband," a song from 2016's "Stranger to Stranger" disc that seemed musically uninspired and led the young kid sitting next to me to suggest that Simon had run out of ideas the day he wrote the song.

While his voice remains mostly strong and there's no wane in Simon's energy level, at least one observer suggested that maybe his memory for the lyrics has faltered a bit.

Paul Simon has amazing energy and showmanship but he's skipped more than a few lyrics tonight. A bit hazy after all these years. Still great — Ted Perry (@TheTeditorial) July 1, 2017

As he's been doing each night of the current tour, Simon closed with a solo acoustic performance of "The Sound of Silence," in which he wove in and around the original melody, delivering a heartfelt, moving rendition of a song that to these ears is his true enduring masterpiece.

Had this been the only song he'd ever written, Simon would deserve a place in the Rock and Roll Hall of Fame. Luckily for us, he wrote many, many more. 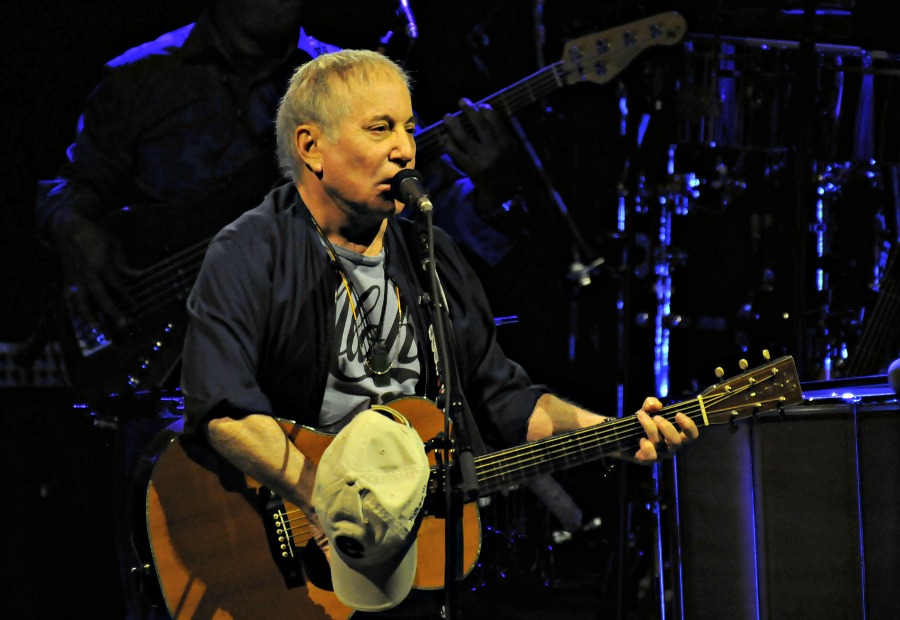 Singer Brandi Carlile – whose latest disc, "The Firewatcher's Daughter" was released in 2015 – opened the show under daylight with a 45-minute set. Along with her two twin-brother companions – the three armed with just acoustic guitars and bass – she performed a high-energy, surprisingly percussive set, thanks in part to a couple stomp boxes that did the work of a bass drum using just the performers' stomping boots.

Carlile's folky tunes range in tone from tender to tempestuous and the highlights were the last two songs of the night. The first, "The Mother," was a testament to the sometimes conflicting emotions that accompany parenthood. The second was a cover of Led Zeppelin's "Going to California" that drew hoots and hollers from the crowd as Carlile conjured her inner Robert Plant. 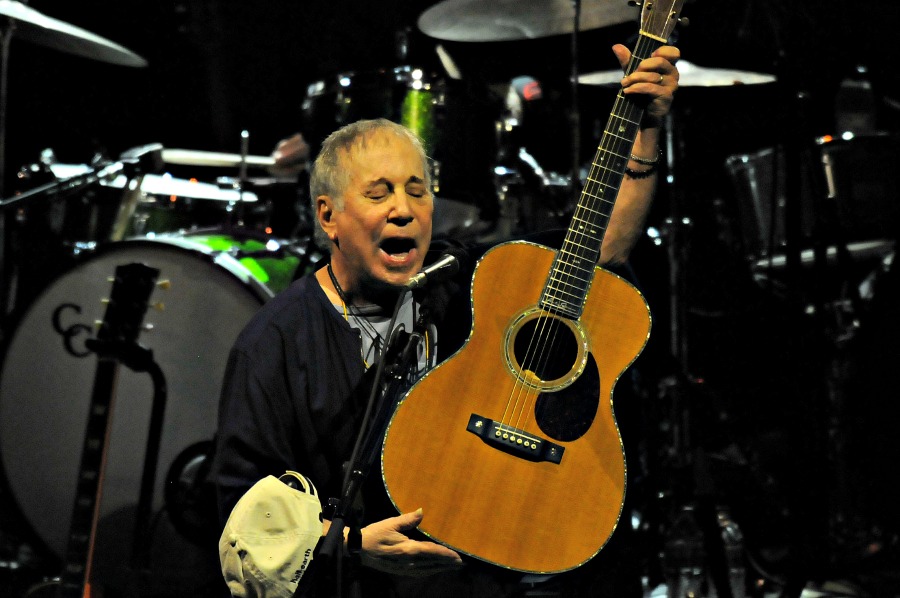 "The Boy in the Bubble"
"50 Ways to Leave Your Lover"
"Dazzling Blue"
"That Was Your Mother"
"Rewrite"
"America"
"My Little Town"
"Mother and Child Reunion"
"Me and Julio Down by the Schoolyard"
"Spirit Voices"
"The Obvious Child"
"Stranger to Stranger"
"El Condor Pasa" (If I Could) (Instrumental)
"Duncan"
"The Cool, Cool River"
"Diamonds on the Soles of Her Shoes"
"You Can Call Me Al" 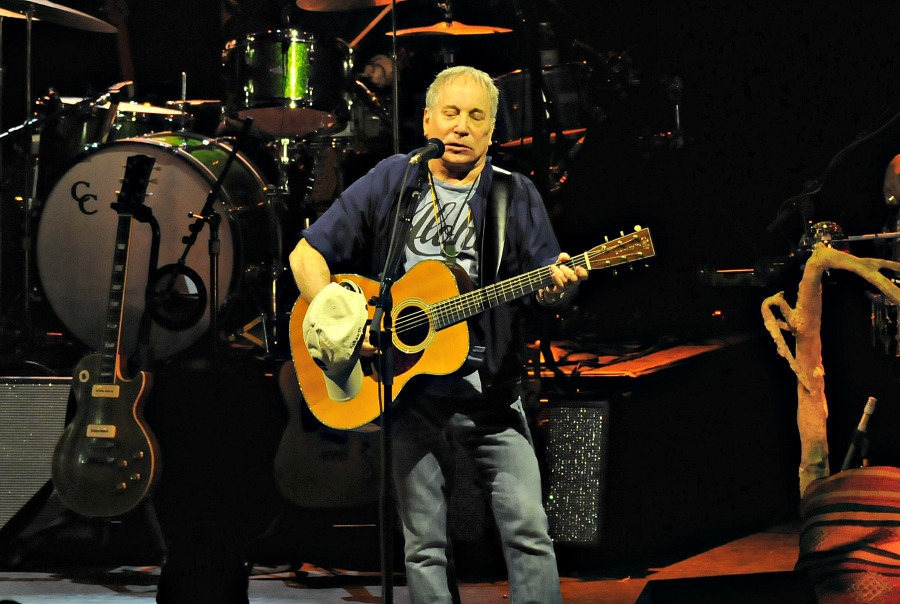