Summerfest today offered updates on two construction projects that will change the face of the festival in 2018.

Summerfest today offered updates on two construction projects that will change the face of the festival in 2018.

A new North Entry Gate and Community Plaza – which was designed by Eppstein Uhen Architects (EUA) – is underway, and when it is finished, there will be twice as many ticket windows.

At the moment, the ticket building has been enclosed and the exterior will soon get some red metal wall panels. 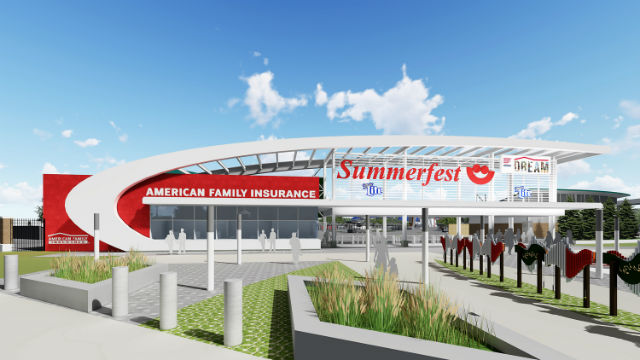 A canopy is in place above the turnstiles and it will include new technology and security components, including digital displays, lighting and a public address system, according to Milwaukee World Festival officials. There are more turnstiles at the gate now and there will also be a new first aid station.

Finally, the Community Plaza area – which will be a public space open to all – has been rough graded and utilities are in place. The next step will be the installation of the final components, including accessible benches and seating areas, bike parking, interactive, music-themed play structures, eco-friendly landscaping and interactive lighting effects.

The foundation and walls for the new stage – which has been moved to the east side of the seating area – are up and the steel beams for the stage roof are being installed now.

There will be a 25-foot LED video screen – the largest at the Henry Maier Festival Park – an open-air backstage loft for meet and greet events and artist interviews, along with VIP hospitality access for patrons and winners of contests. 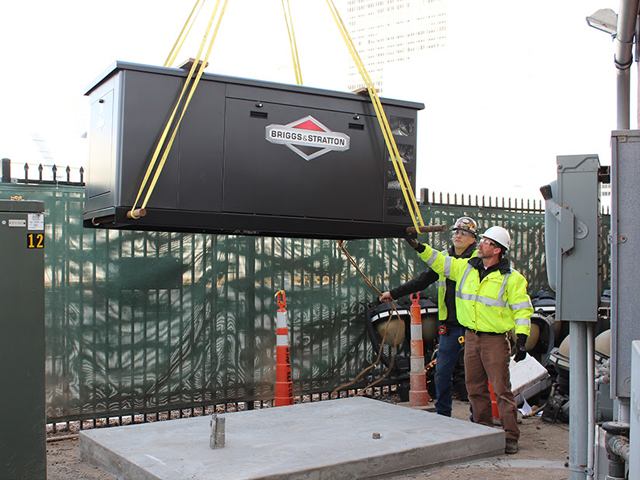 MWF officials also announced today that Briggs & Stratton has donated and installed a 60kW commercial standby generator, equipped with an industrial grade engine for reliable back-up power to power the north end of the Summerfest grounds, from the North Gate to the Johnson Controls World Sound Stage.

"These projects are truly an example of how our sponsors continue to contribute to this world-class facility and enhance our fan’s festival experience," said Don Smiley, Milwaukee World Festival, Inc. president and CEO, in a statement.

"In light of the donation of the new generator by Briggs & Stratton and the North Gate and Community Plaza project, made possible by American Family Insurance, and U.S. Cellular’s brand new Connection Stage, we would like to sincerely thank our sponsors for continuing to reinvest in Henry Maier Festival Park. We are excited to debut these amenities in the coming months."